The cloud had a silver lining....

As the weather forecast looked suitable, I decided to try what may well be my last `away from home` trapping session of the year last night (24/10/14), with four actinic traps (and with a fifth set out at home). One trap was placed on the high ridge at Mynydd y Garreg (near Kidwelly - acidic vegetation and broom scrub), one at the top of saltmarsh/hedgerow habitat at Glan yr Afon LNR (Kidwelly) and two near Gwelfro (St Ishmael). Of the latter, one was placed on a narrow strip of dune near the mouth of the Gwendraeth and the other in a neglected/abandoned garden area.
It was rather disappointing, with only four species in the Mynydd y Garreg trap (and no hoped-for streak moths), and the `best trap` (the sheltered garden one), only had eight species, though eleven late autumn moth species were perhaps added to the SN30 tally. Surprisingly, the exposed dune site had seven green brindled crescents in a wind-swept trap, whilst the only migrants were two rusty-dot pearls in the sheltered garden trap; given the tall leylandii hedge, it was no surprise to also have a Blair`s shoulder-knot in the latter.
My Tyrwaun home trap was very poor indeed, with just a handful of species - but with one pleasing surprise. The `surprise` was a grey shoulder-knot, a woodland species that was new to me and one that I`d hoped to catch sometime - so the night was n`t a waste after all. 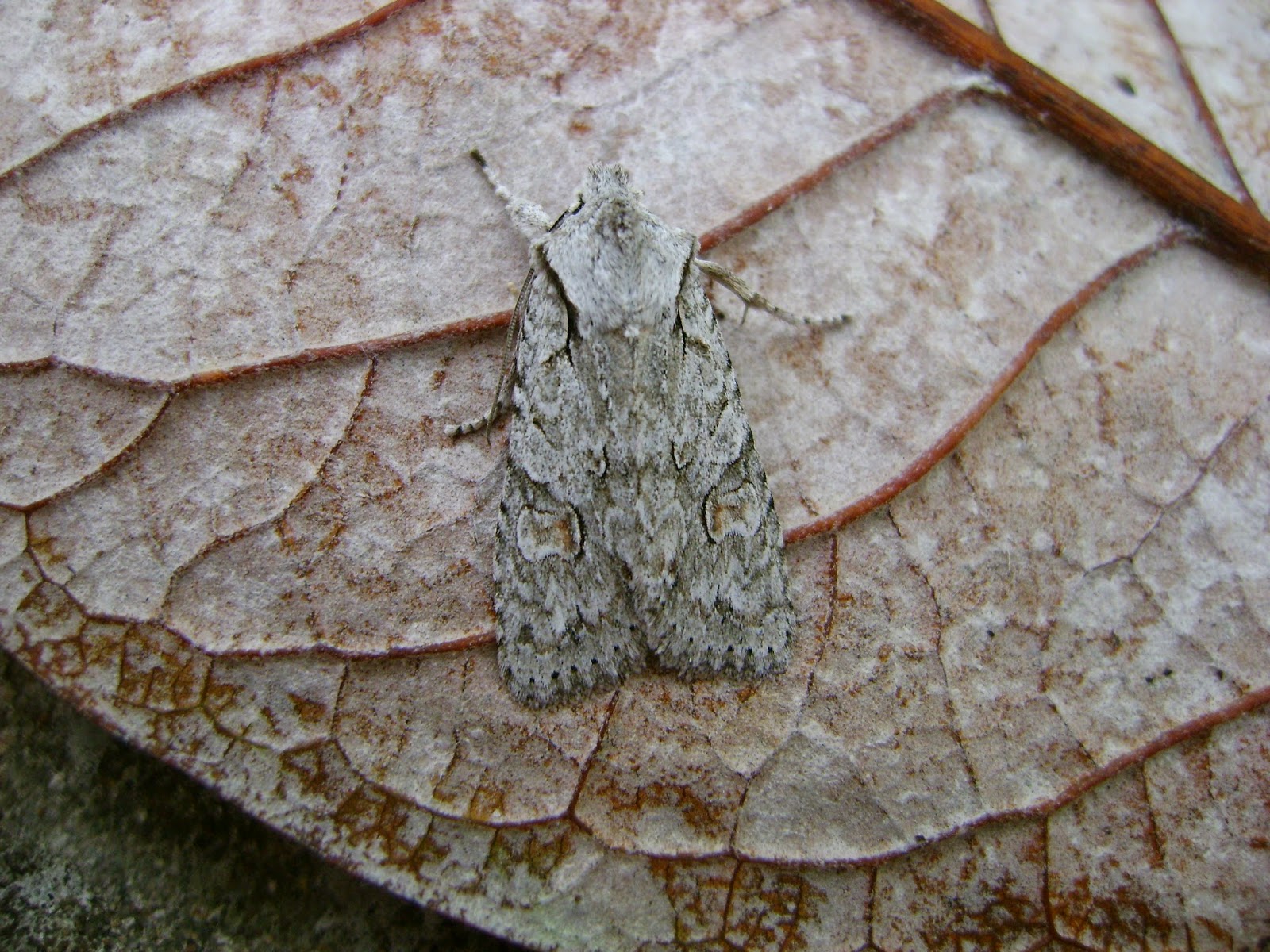