Big southerlies promised interesting migrants, but big rain proved a problem even when trapping in the garage entrance.  The sogginess of the night was highlighted by the second most abundant species outside the trap being Common Frog (3 individuals) with Common Toad coming a close third (2 individuals).  There were 10 species of moth, including 1 Pearly Underwing.  So I did manage one probable migrant, albeit not a particularly exciting one.  There are 37 previous Carms records of Pearly Underwing (up to the end of 2013), with distinct clusters of records in good migrant years especially 2006 (when the 21 records included an amazing count by Jon of 15 on Ivy at Wharley Point on 7/10, as well as two counts of 7 and one of 8).

The southerly airflow continues tonight, so please trap (under a shelter) if you can. 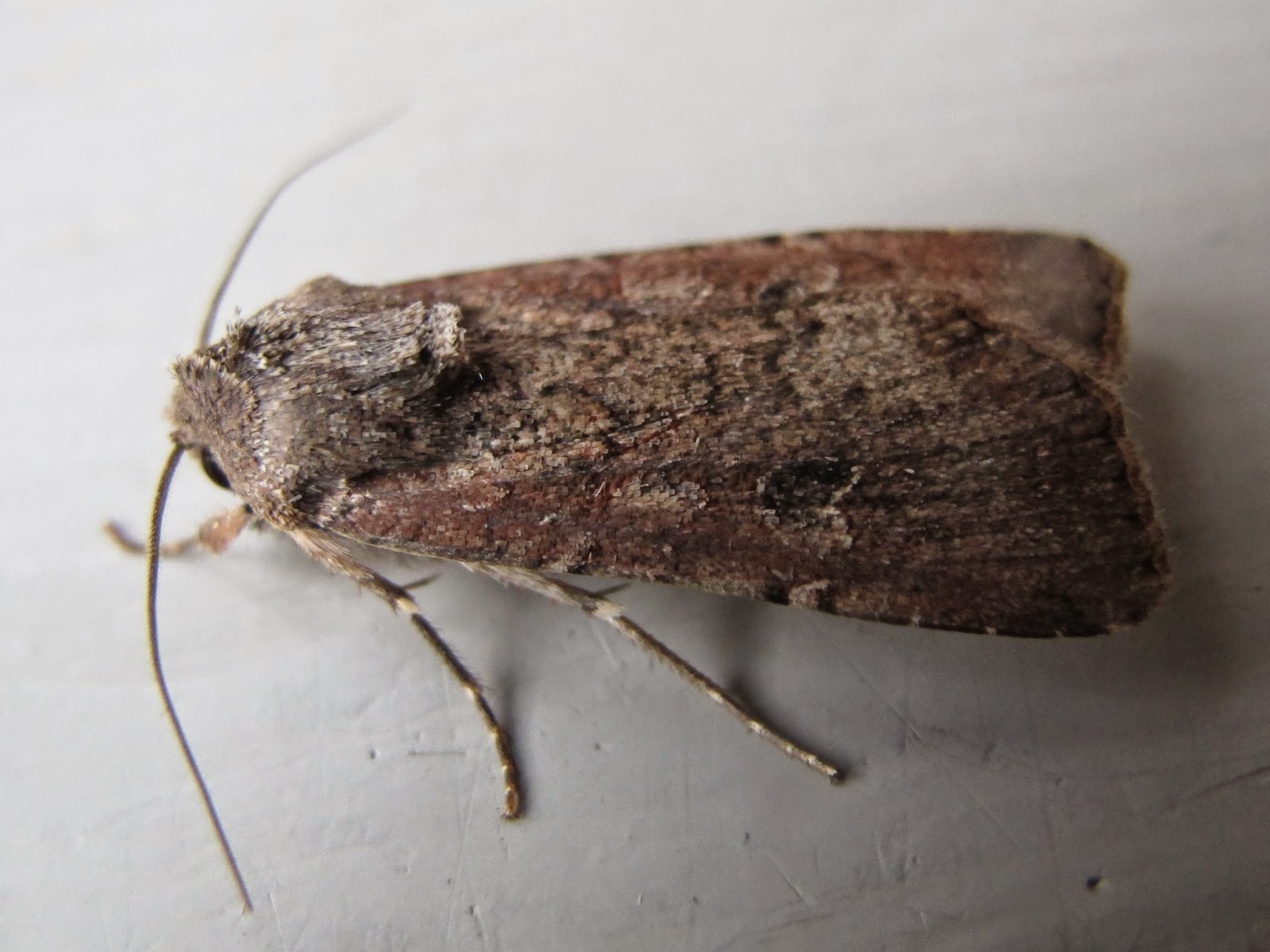