New to Carmarthenshire?....but not a moth.

Normally, once a week I go for a general natural history recording day out with Nigel Stringer, an old friend and colleague and, having seen a forecast for only light showers for yesterday afternoon (Thursday), we opted for just a short local `jolly` instead, looking at some remnant brownfield sites in Llanelli.
In the event, the `light showers` proved to be of a different order of magnitude - prolonged and heavy, so we cut short our time out after only an hour. As I`d left my umbrella in Nigel`s car, he said that he`d drop it off when he`d pass my house on the way to do some shopping today, and this he did.
On the side of my front door he noticed a large insect (which was not visible to me as I faced him) - I then looked and realised that it was a bug that I`d been expecting (but not had) in one of my moth light traps for some time - the `western conifer seed bug` Leptoglossus occidentalis. I was quite taken aback how large it was - about 1 inch.
I had read of  the spread of this North American species within Britain after it being first recorded at Weymouth, Dorset in 2007 and of its occasional occurrence in light traps in neighbouring Glamorgan (on the Glamorgan Moth Group website and in their newsletters), so it was not totally unexpected. The NBN Gateway map does not show any record for Carmarthenshire, so it is likely to be a new county record.
In the weather-induced absence of moth trapping for the last week, it is nice to record something! 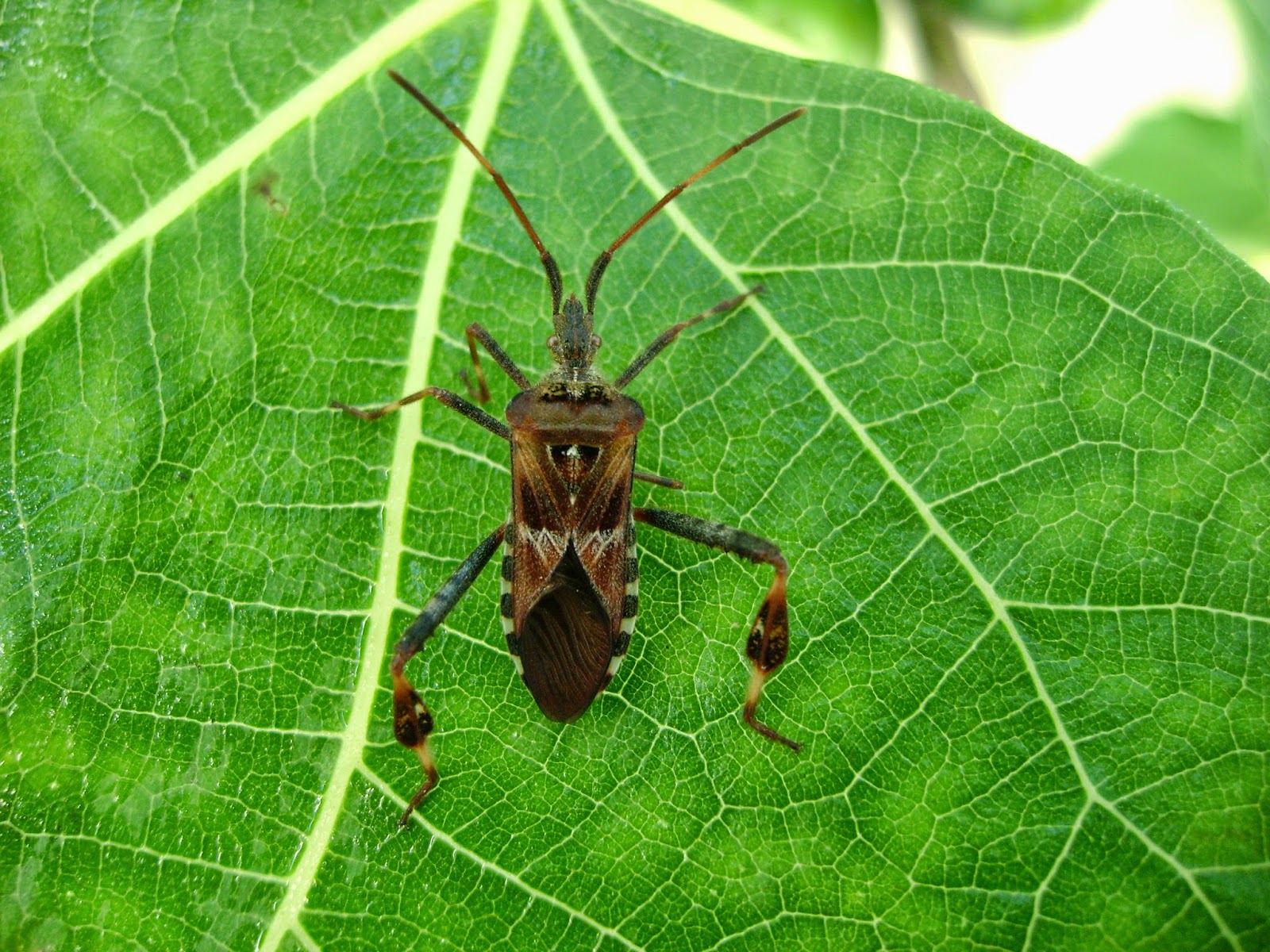