I popped out yesterday afternoon to try to obtain a difficult-to-collect naturalised Helianthus for Richard Pryce, that was growing beyond a (high) fenced-off section of the main railway line, and which I managed to do with the aid of a stick! As I was `out and about`, I had a quick walk around some nearby streets and also on a dry brownfield site (at SN451004). 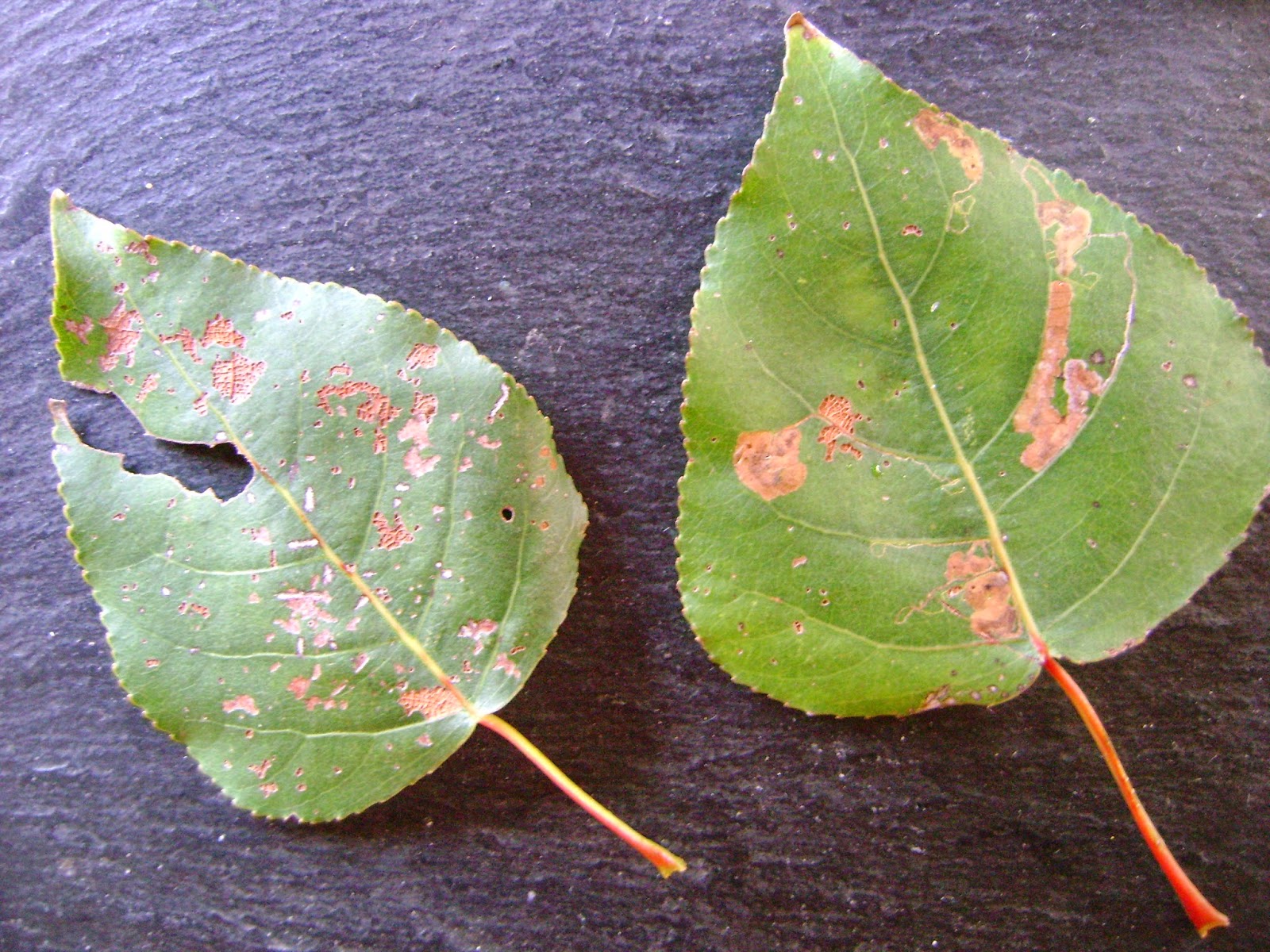 1. Above: a Populus near the school at Heol Elfed, Burry Port...perhaps Stigmella sp? 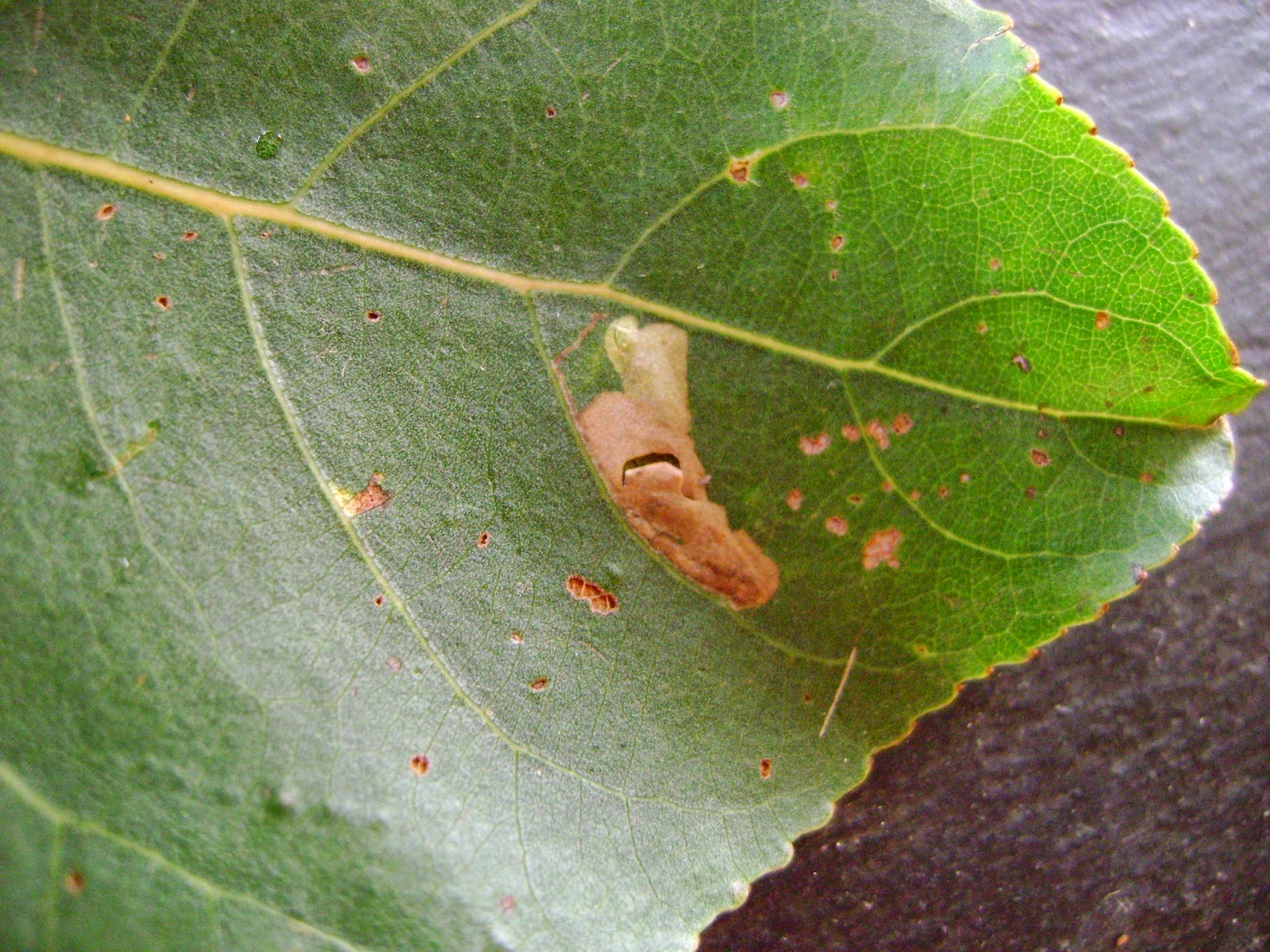 2. Above: same poplar as above. 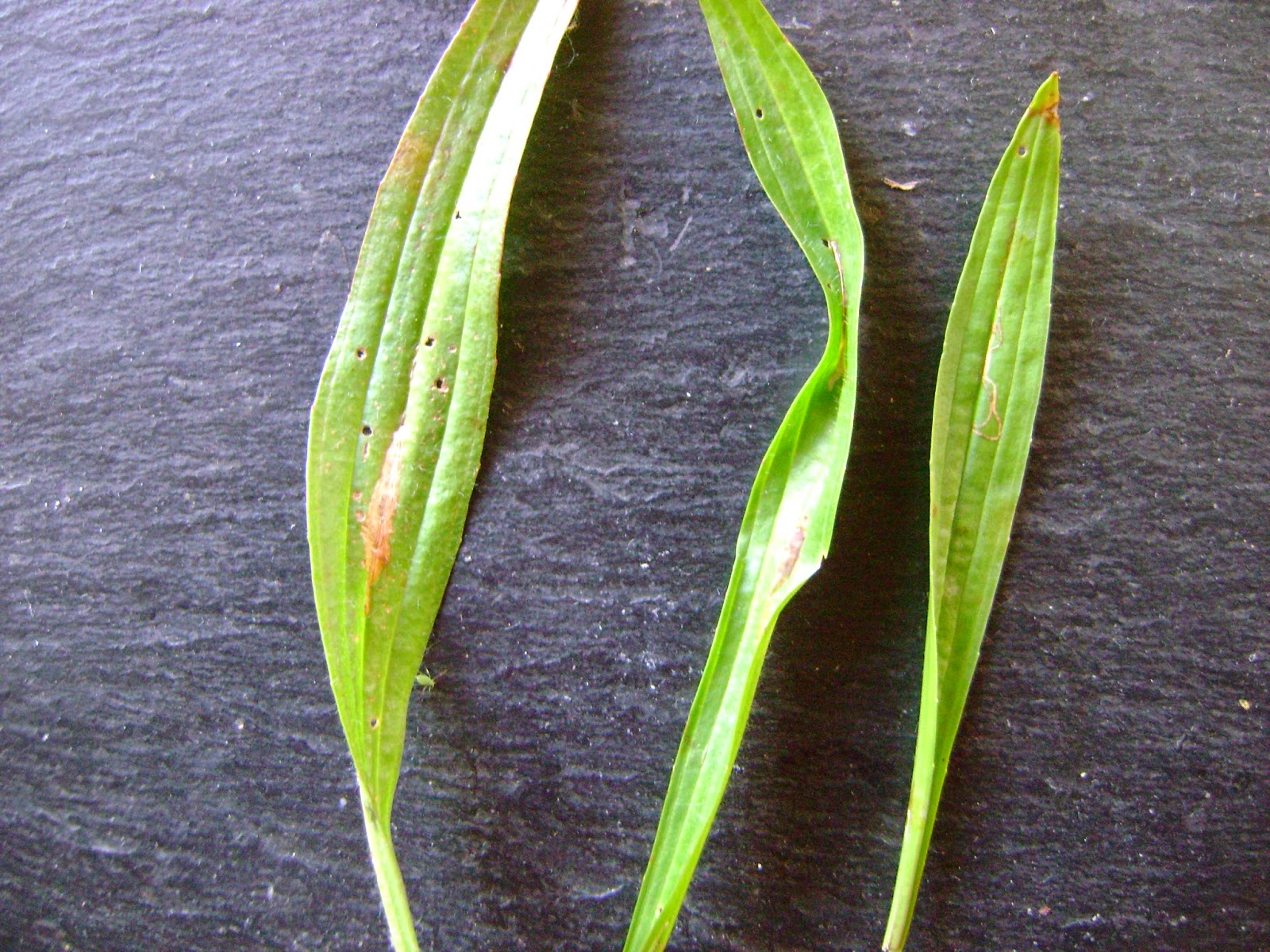 3. Above: Plantago lanceolata (ribwort plantain) - is one mine that of Asilapteryx tringipenella - with the folded-over section? Brownfield site. 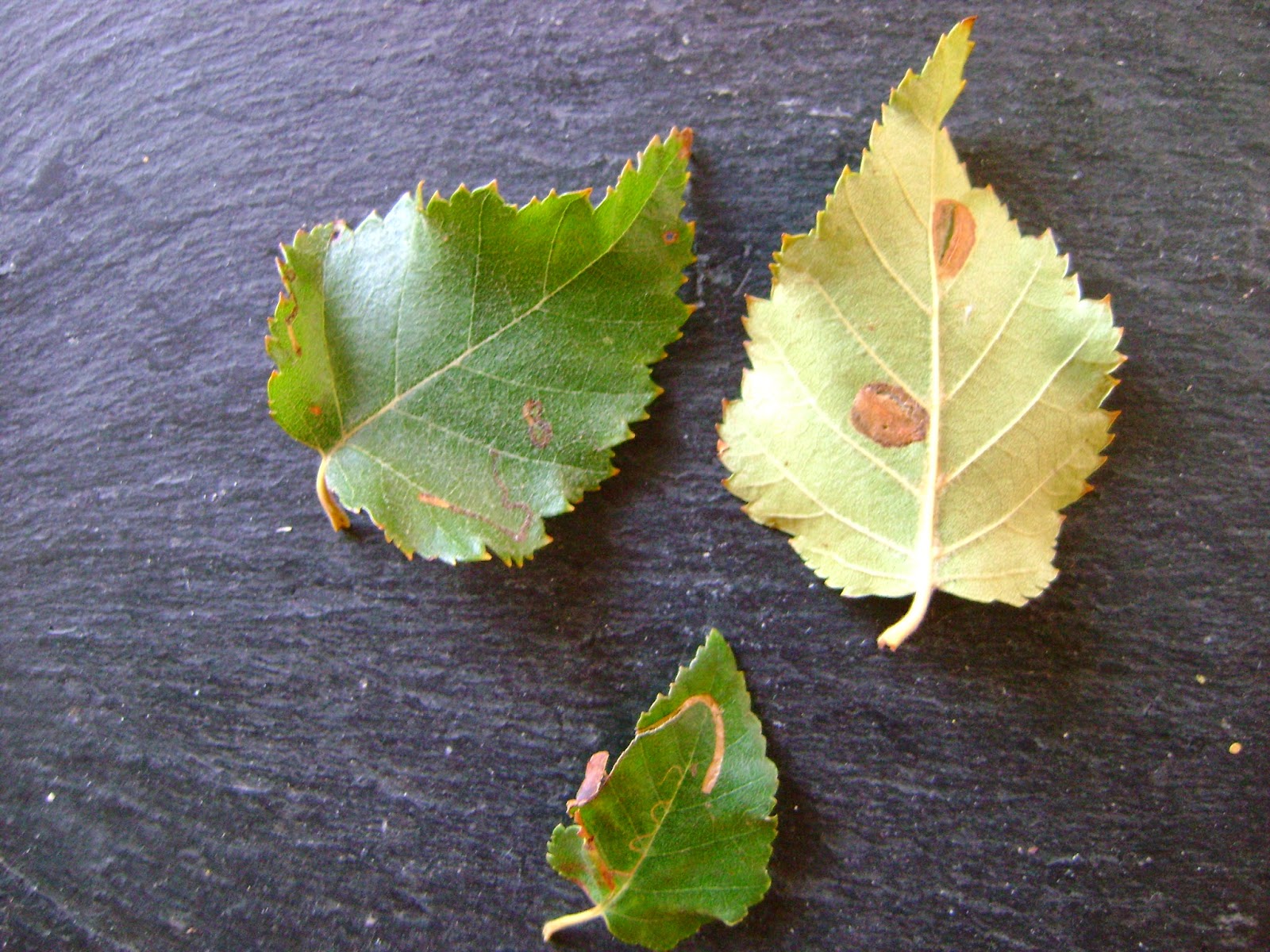 4. Above: birches from the brownfield site, Burry Port. 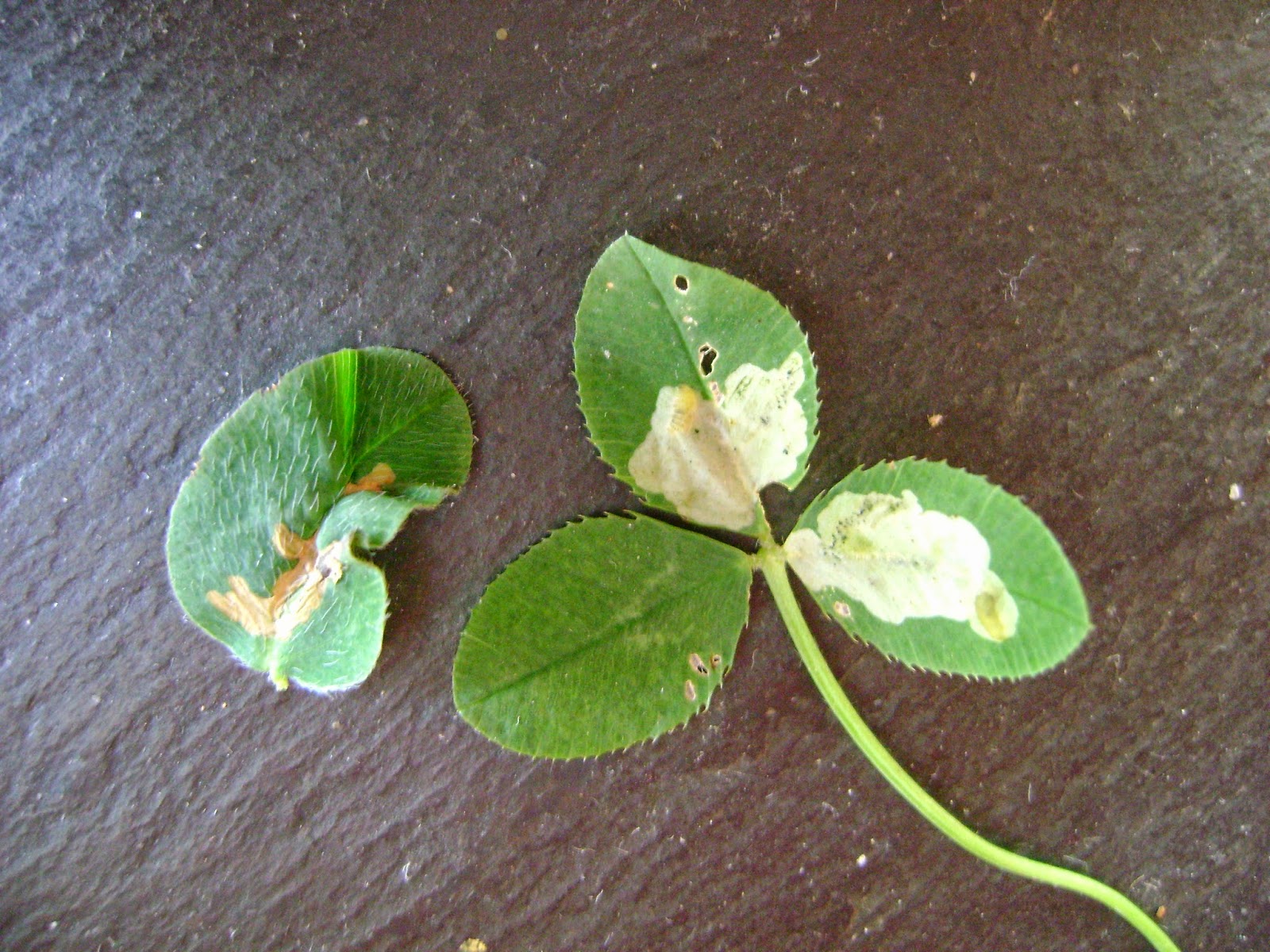 Finally, a change from leaves! A clouded yellow, restless as ever, was seen periodically at the brownfield site, where I also spotted this little bug. It`s the ant damsel bug Himacerus mirmicoides (photo below - click on it to enlarge). 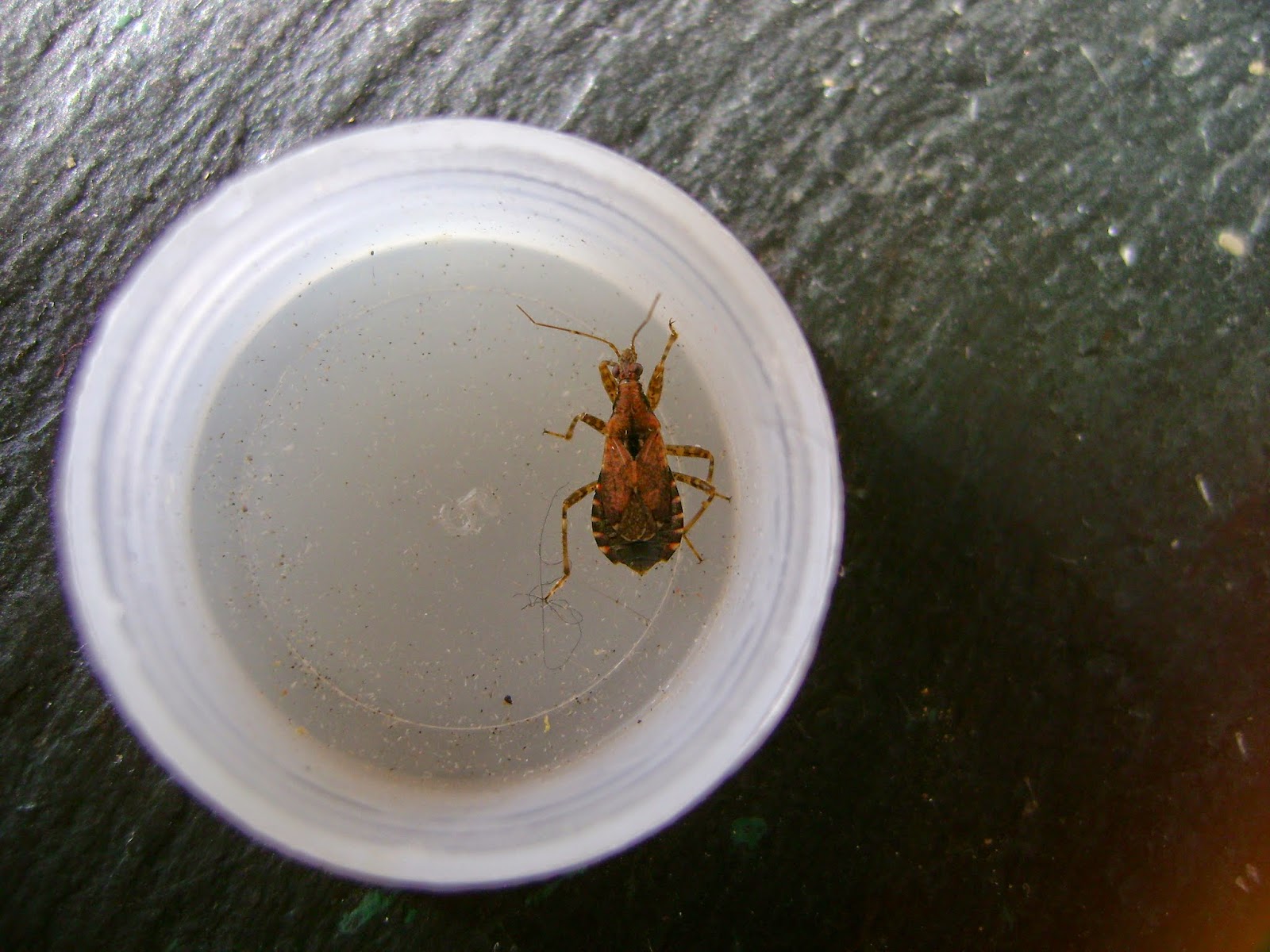 Not appropriate light trapping weather - unfortunately - this week. If the forecast is favourable, please do trap (it`s not light until quite late now and moth numbers are diminished - but may include some seasonal `goodies`).
Posted by Ian Morgan