Here are maps for two species mentioned in recent posts. 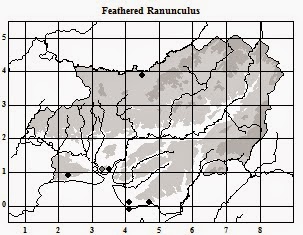 Feathered Ranunculus is essentially coastal in Carmarthenshire and, for that matter, in Britain.  According to the NMRS map there are occasional inland records from England.  The only inland Carms record was made by Chris Handoll at Maenol in October 2010 - perhaps a wanderer from the Ceredigion coast rather than the S Carms coast.﻿ 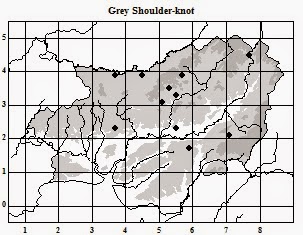 In contrast, Grey Shoulder-knot had no coastal records from Carmarthenshire until Ian's one at Pwll.  Maenol is the most regular site for this species in Carmarthenshire, with 15 of the 35 records; Cnwc y Llwyn has 5 and Rhydcymerau 4.
Posted by sambbryo