Firstly, the forecast shows a nice slot of sunny weather for tomorrow`s afternoon `moth jolly` at Gelli Aur (after a really wet night that is not good for trapping), so hopefully many of you will be able to come. To start at 2.00pm, meet at the main car park of the former Country Park.

After seeing that clouded yellow yesterday (and with reports of others from elsewhere), I thought that there may be some migrant potential last night, so out went one actinic - `just in case` - at the bottom of my garden, where it was a little more sheltered on the moonlit night (which actually clouded over in the small hours).
In the event, there were not too many moths in the trap, except for a relative abundance of sallows (x6), accompanied by a single pink-barred sallow. There was also a frosted orange (picture below) and what I believe is a male turnip moth (also below). 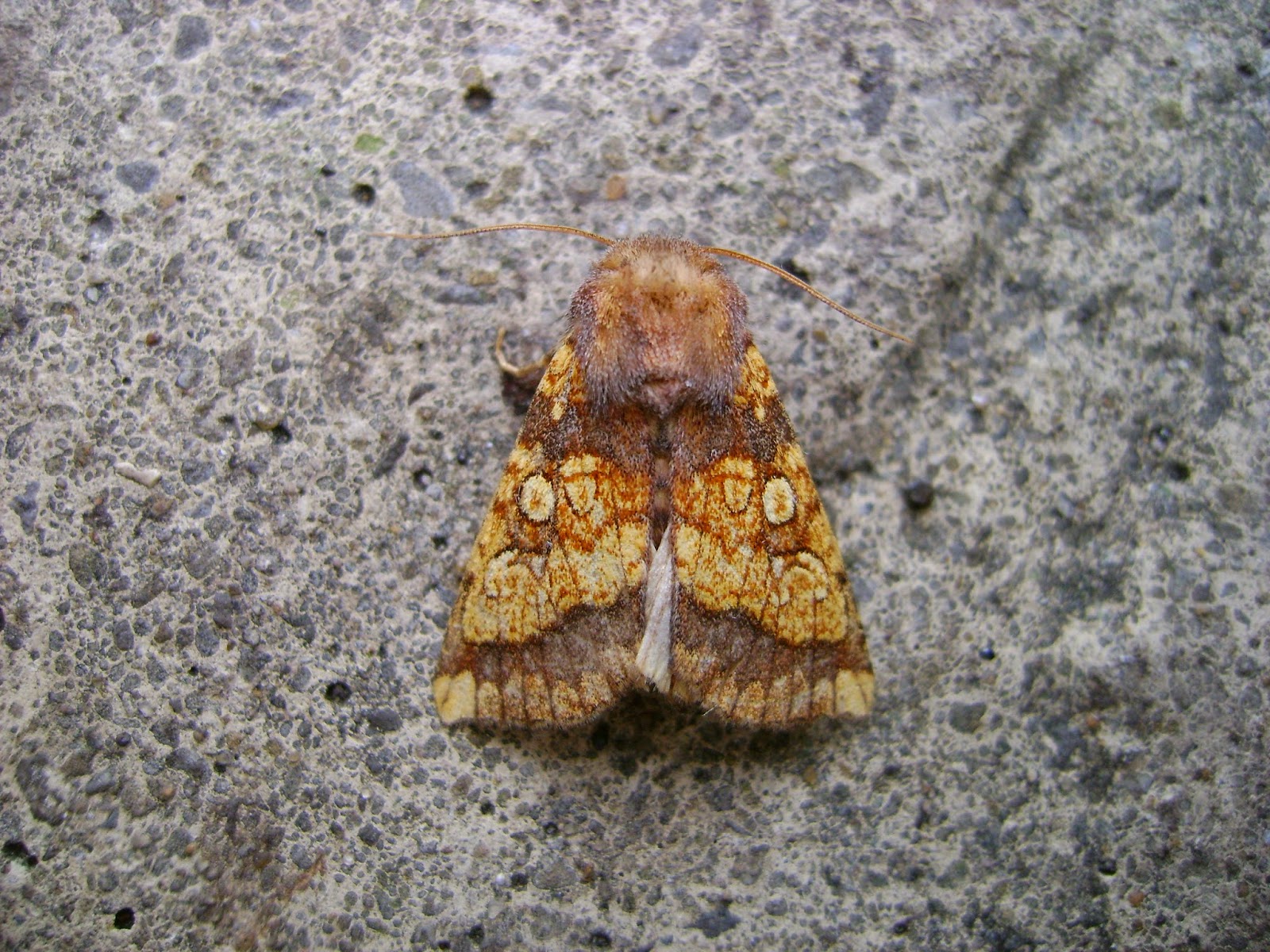 Above: frosted orange - nice and easy to identify! 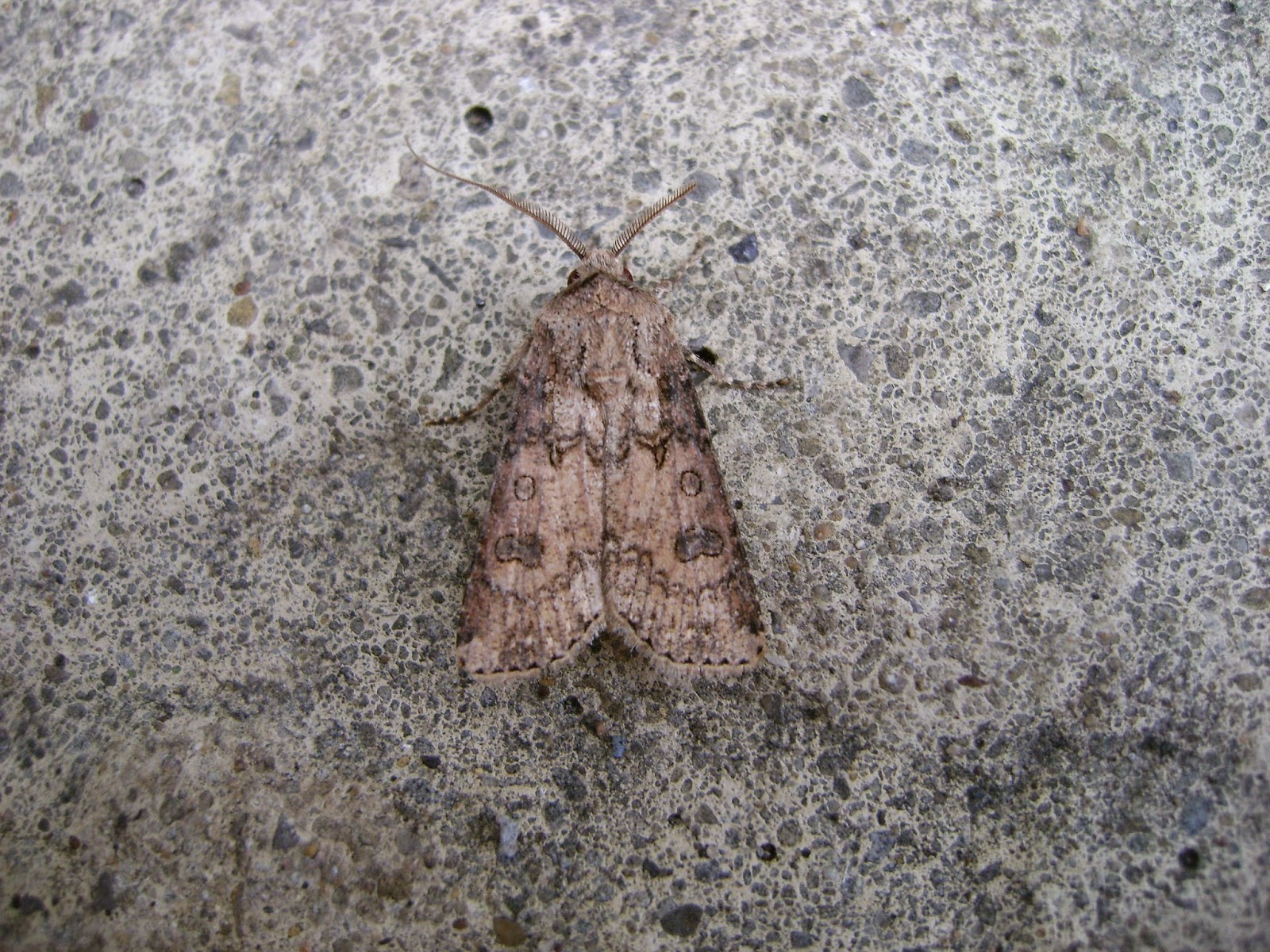 Above: believed to be a rather pale turnip moth.
Posted by Ian Morgan