Whilst dodging the showers over the past few days, I've found some examples of leaf mine that someone should be able to identify as I haven't a clue!  All the leaf mine photos were taken on 9th October. 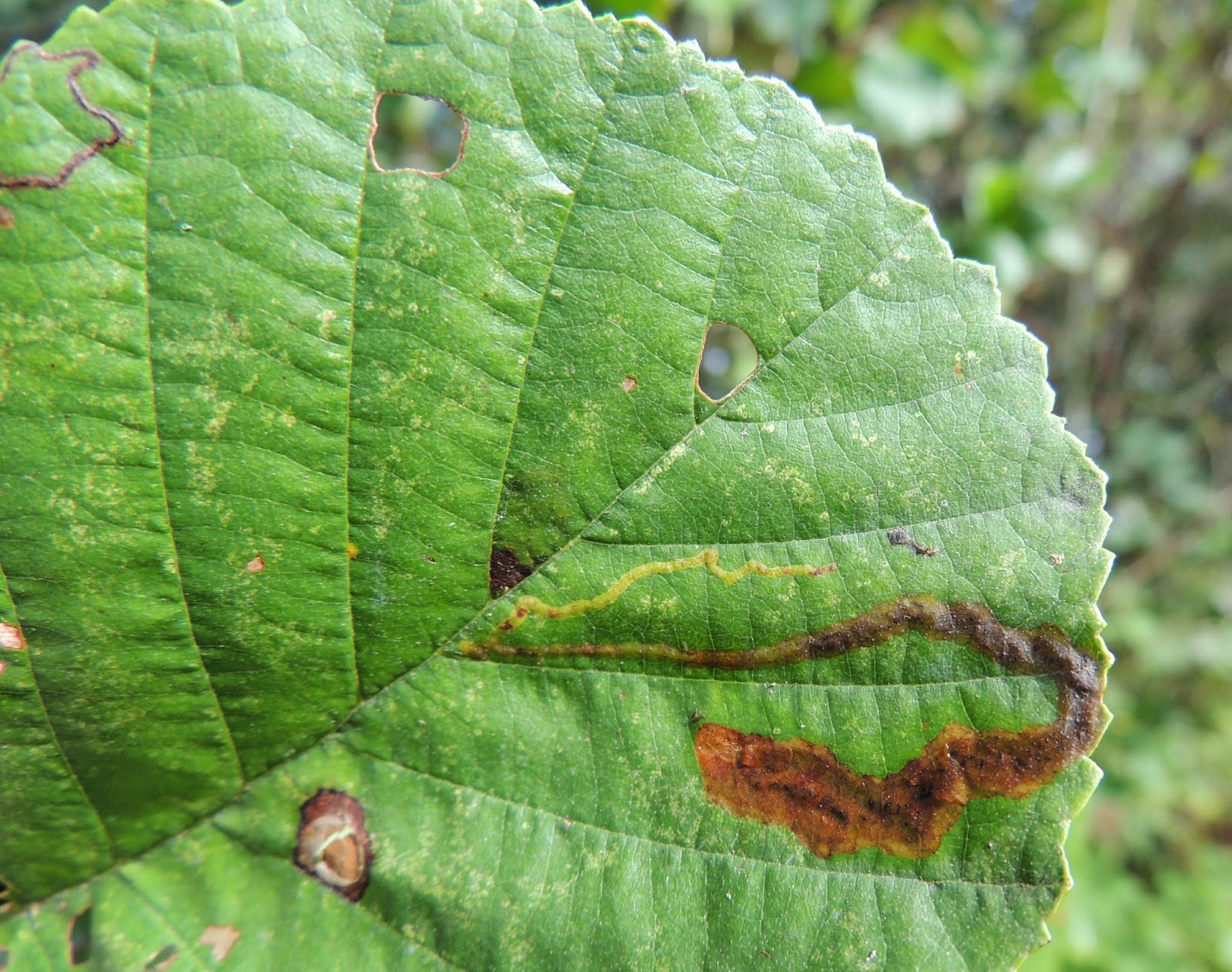 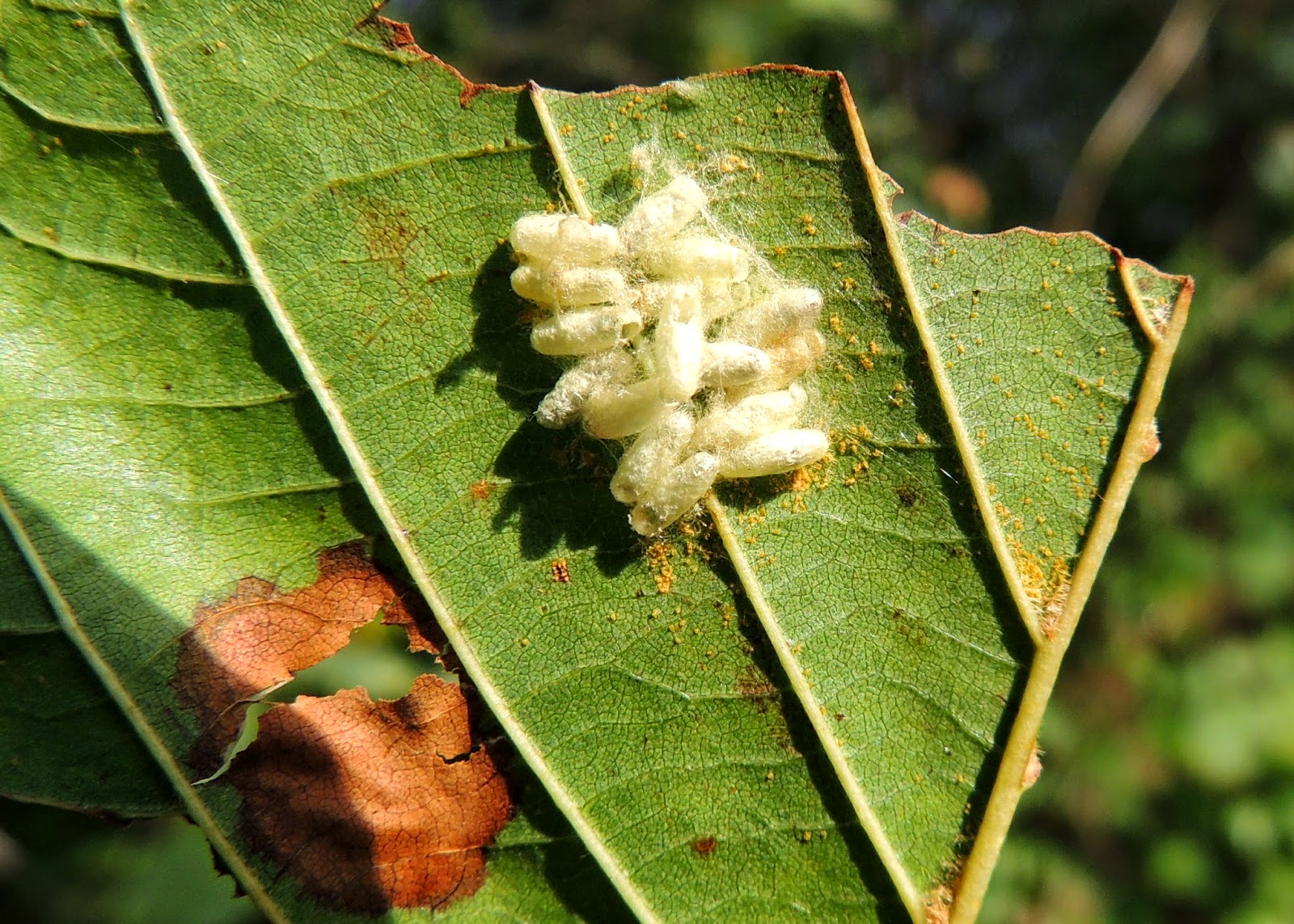 Empty larval cocoons on the underside of alder. 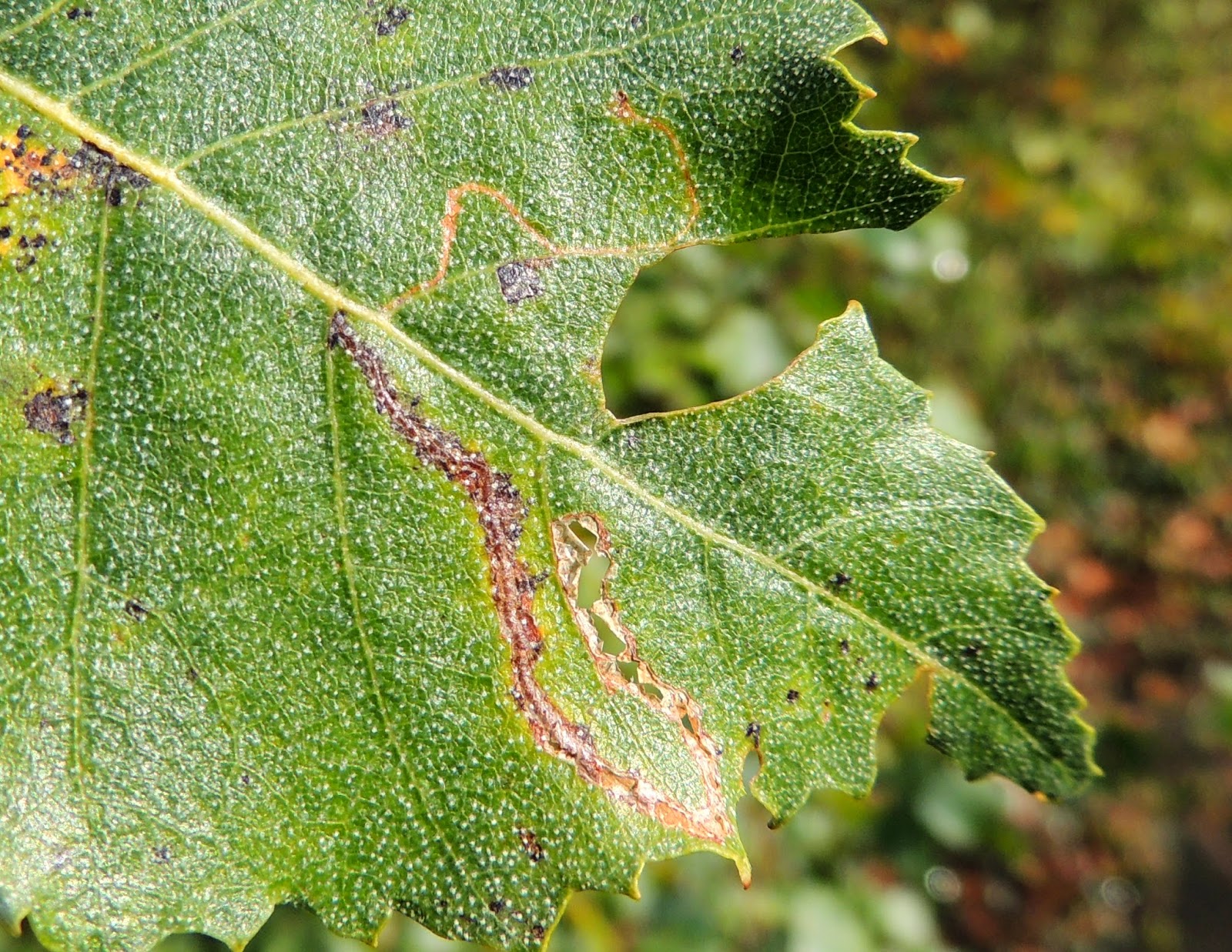 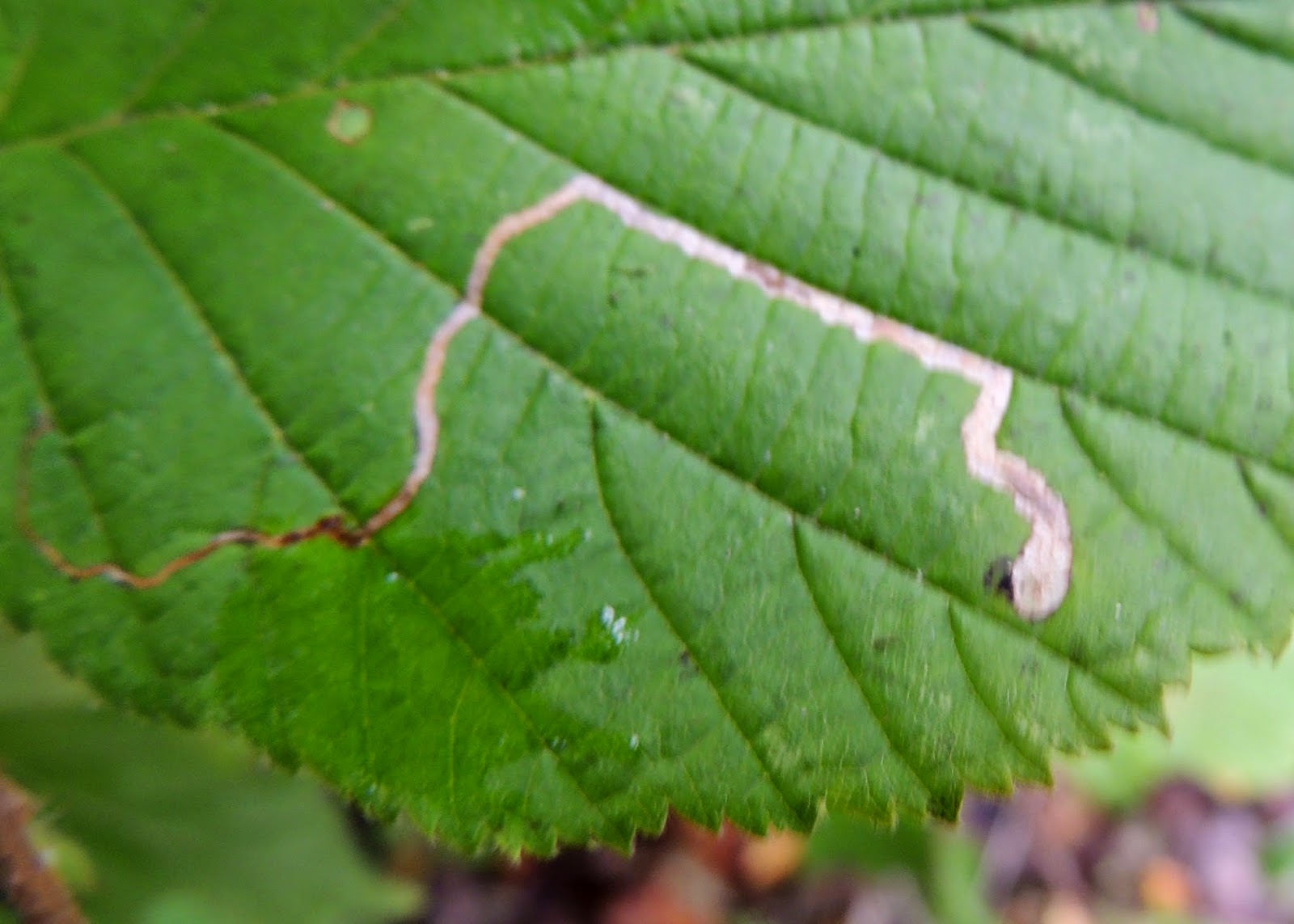 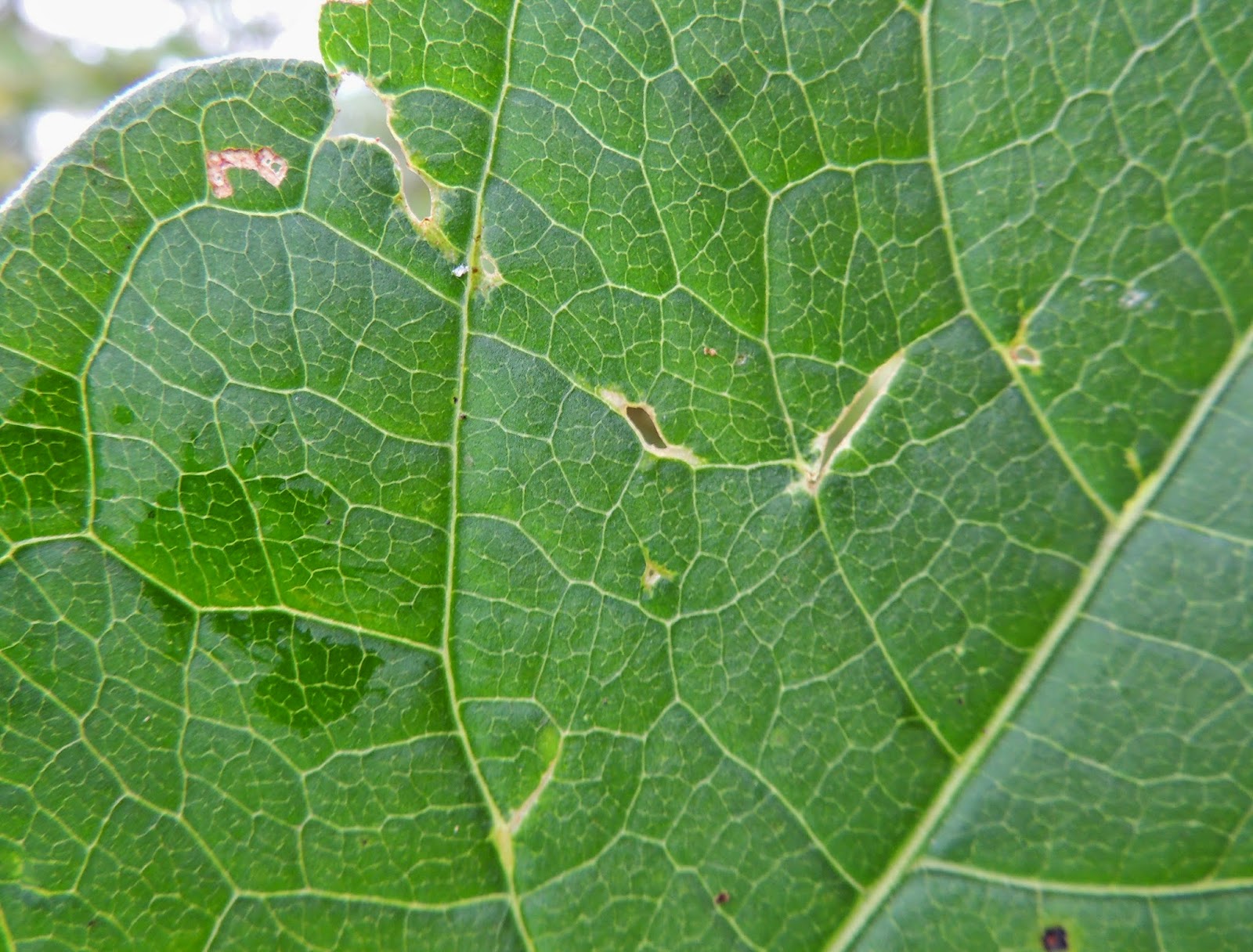 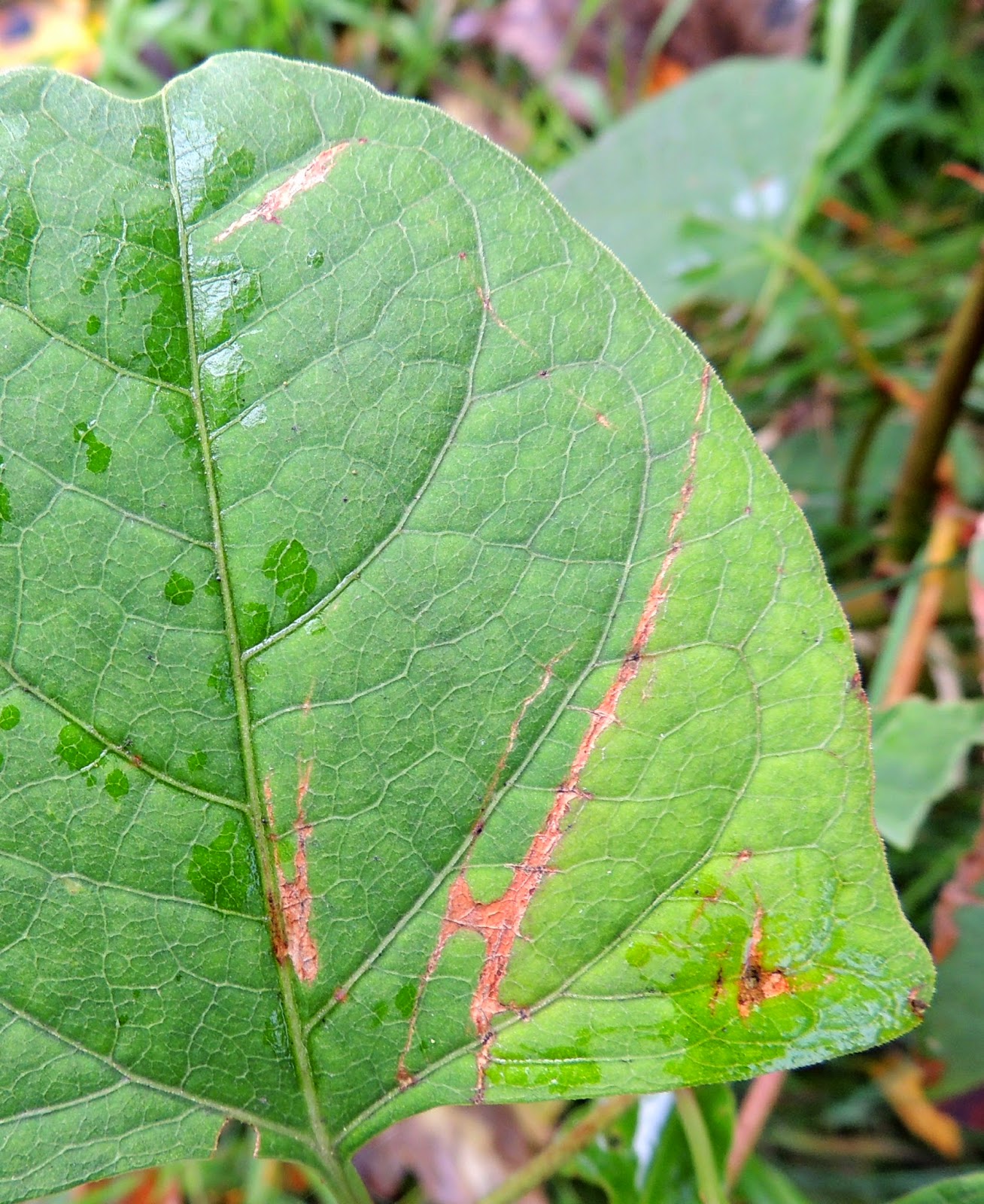 These two photos appear to show leaf mines on japanese knotweed which surprises me as I had thought that as a non-native species none of our native species ate it? 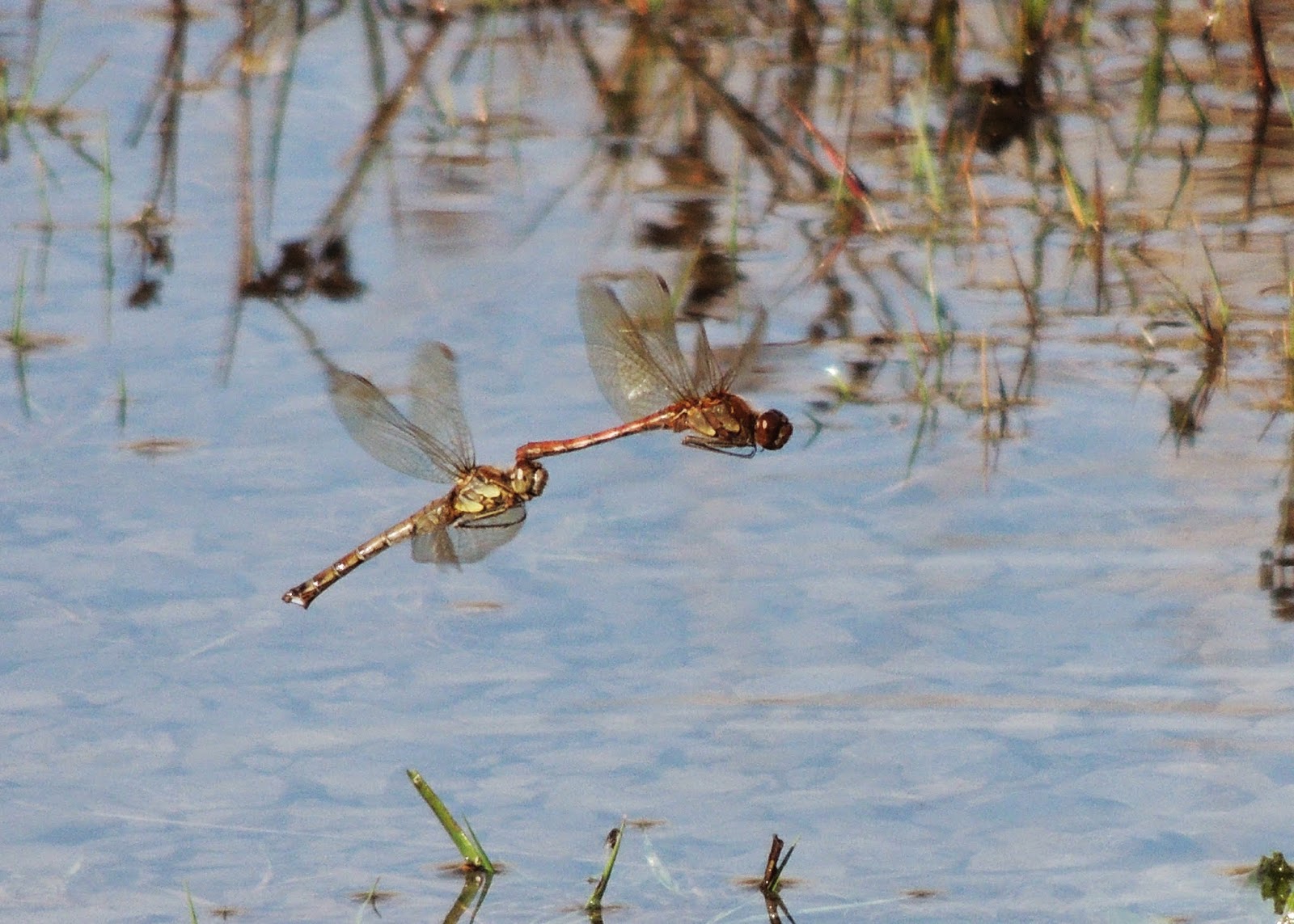 A pair of common darters ovipositing.  Unfortunately for them they were laying their eggs in a puddle on the gravel path around the ponds which has already almost completely dried up. Photo taken on 11th October. 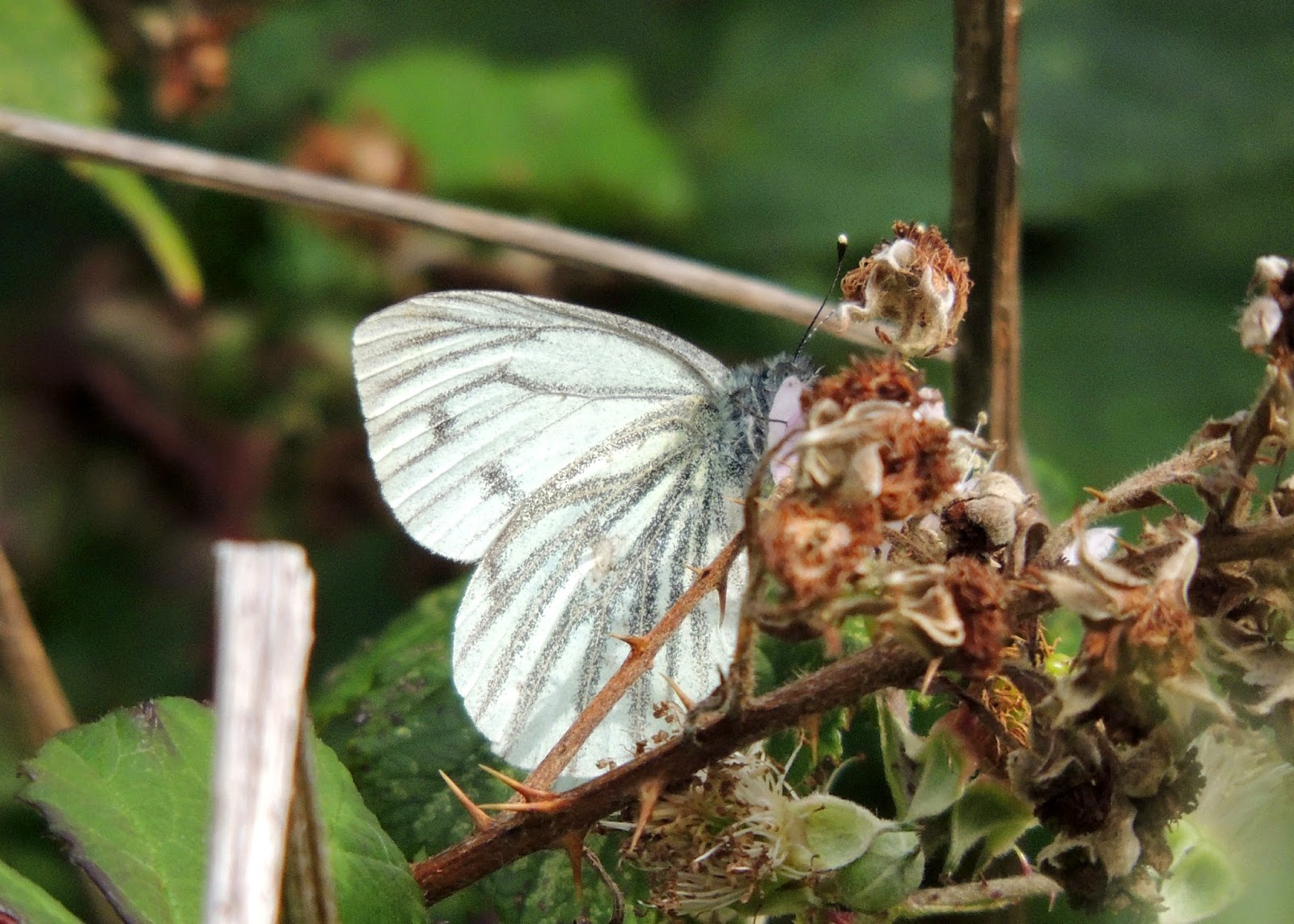 A green-veined white seen on 12th October.  The first one that I have seen since 9th August.
﻿
﻿
Posted by Maggie James