There have been some glorious weather days over the past couple of weeks and although the numbers of butterflies seen on my walks around Ffos Las have dramatically reduced, there is still plenty to see and I always carry a camera "just in case". 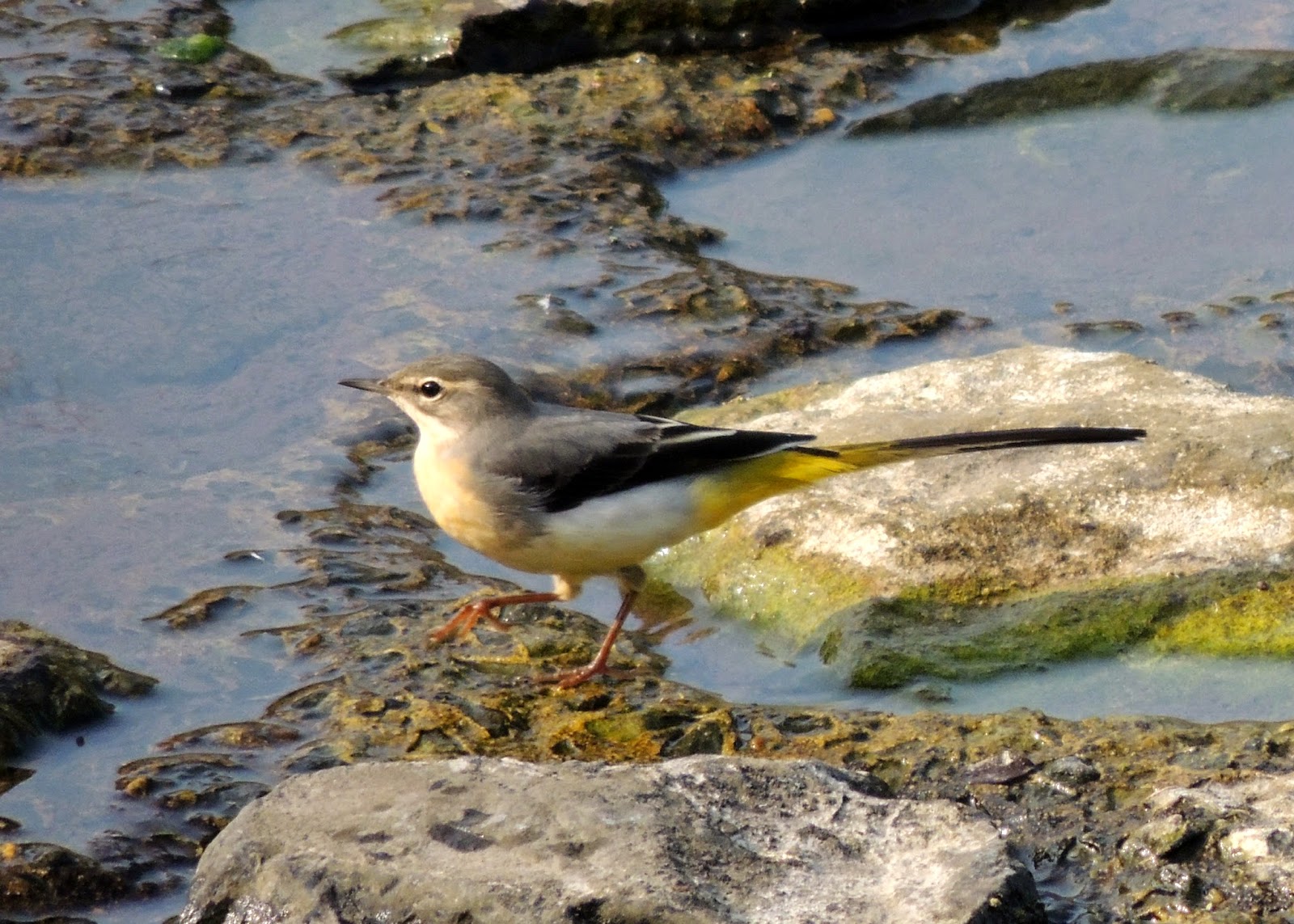 These pied and grey wagtails were seen feeding together in the stream close to the road bridge over the footpath on 22nd September. 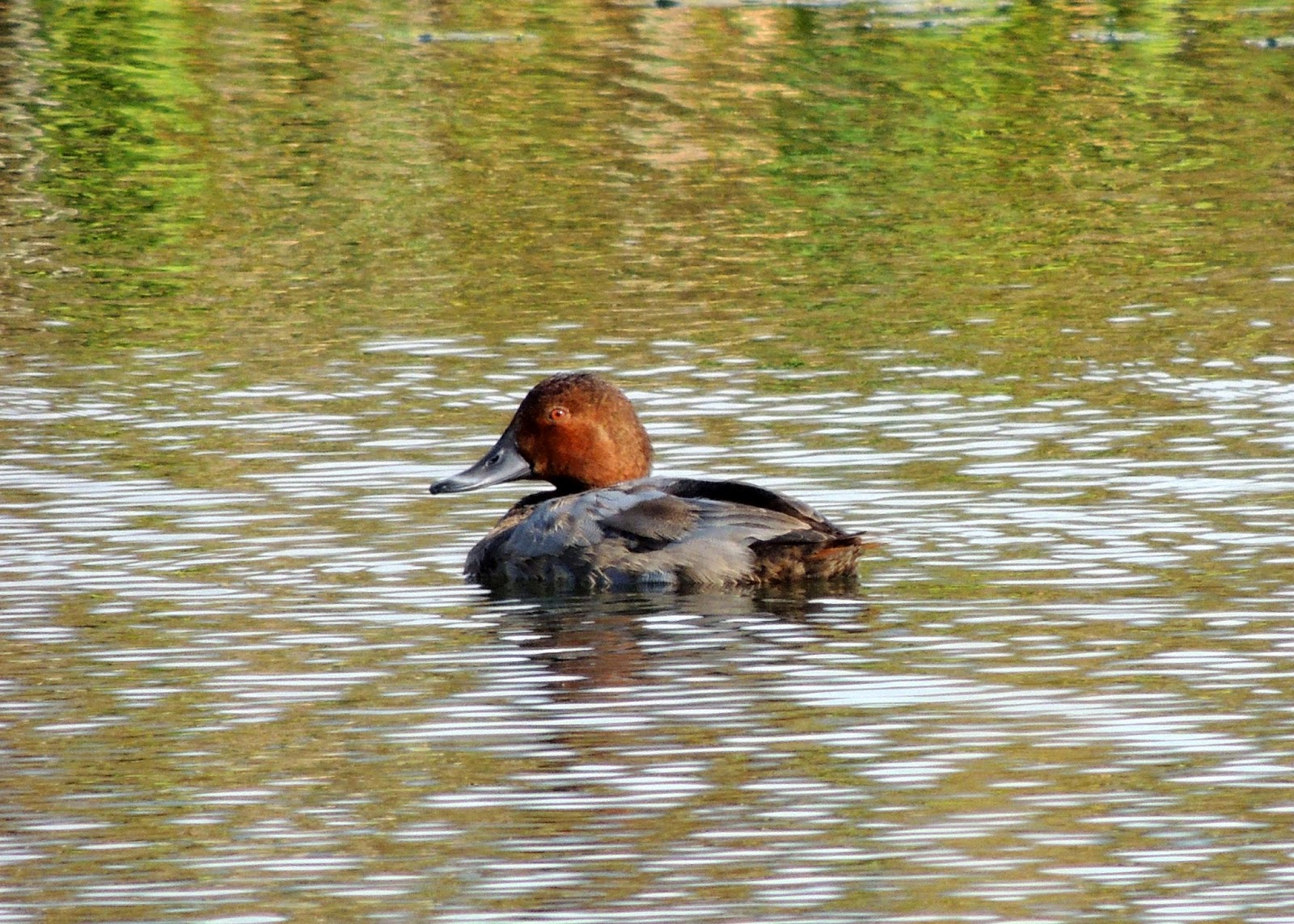 This pochard was with a small flock of tufted duck and a couple of wigeon on the ponds on 24th September.  The tufted duck are regular visitors to the ponds outside the breeding season, but I rarely see pochard or wigeon on Ffos Las. 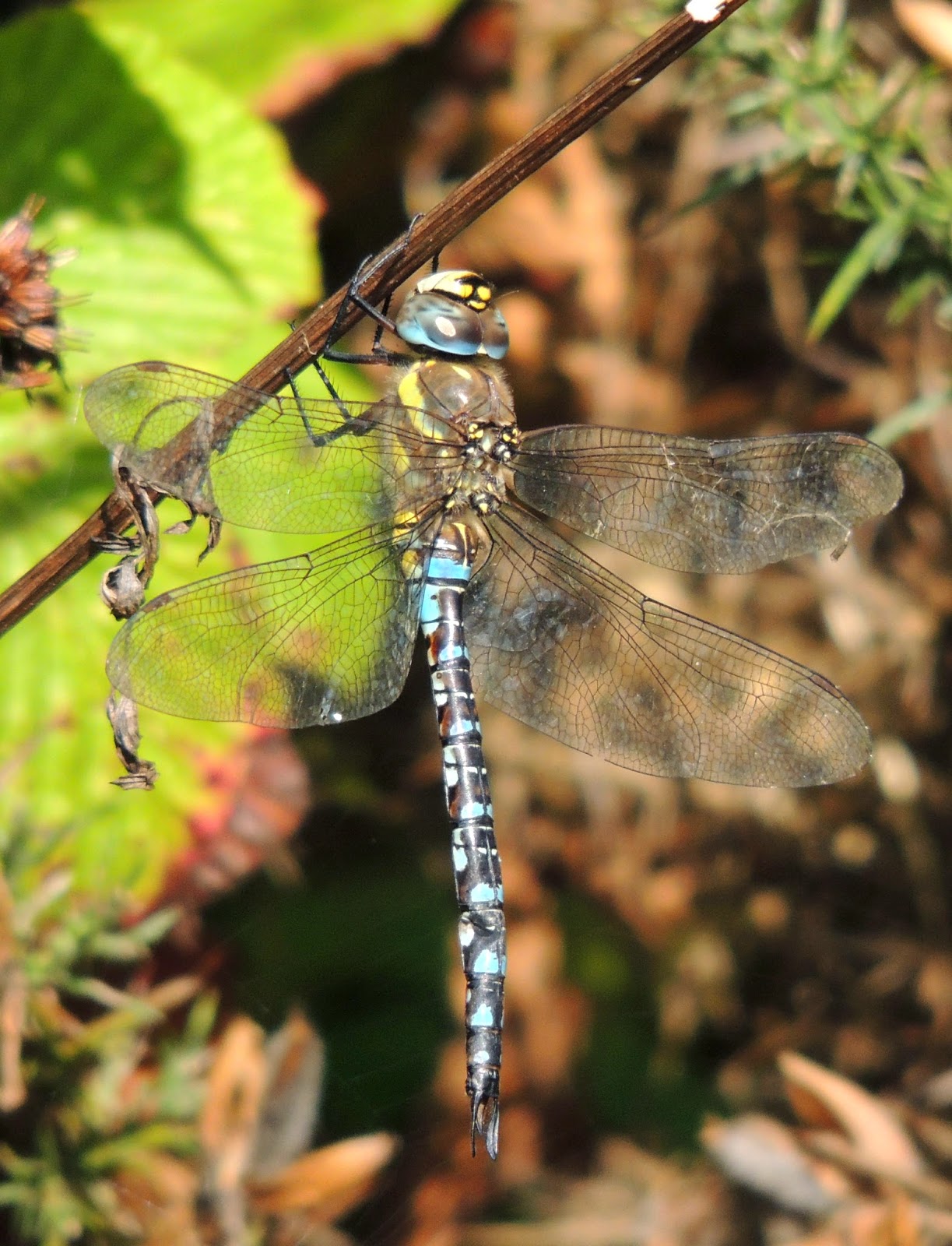 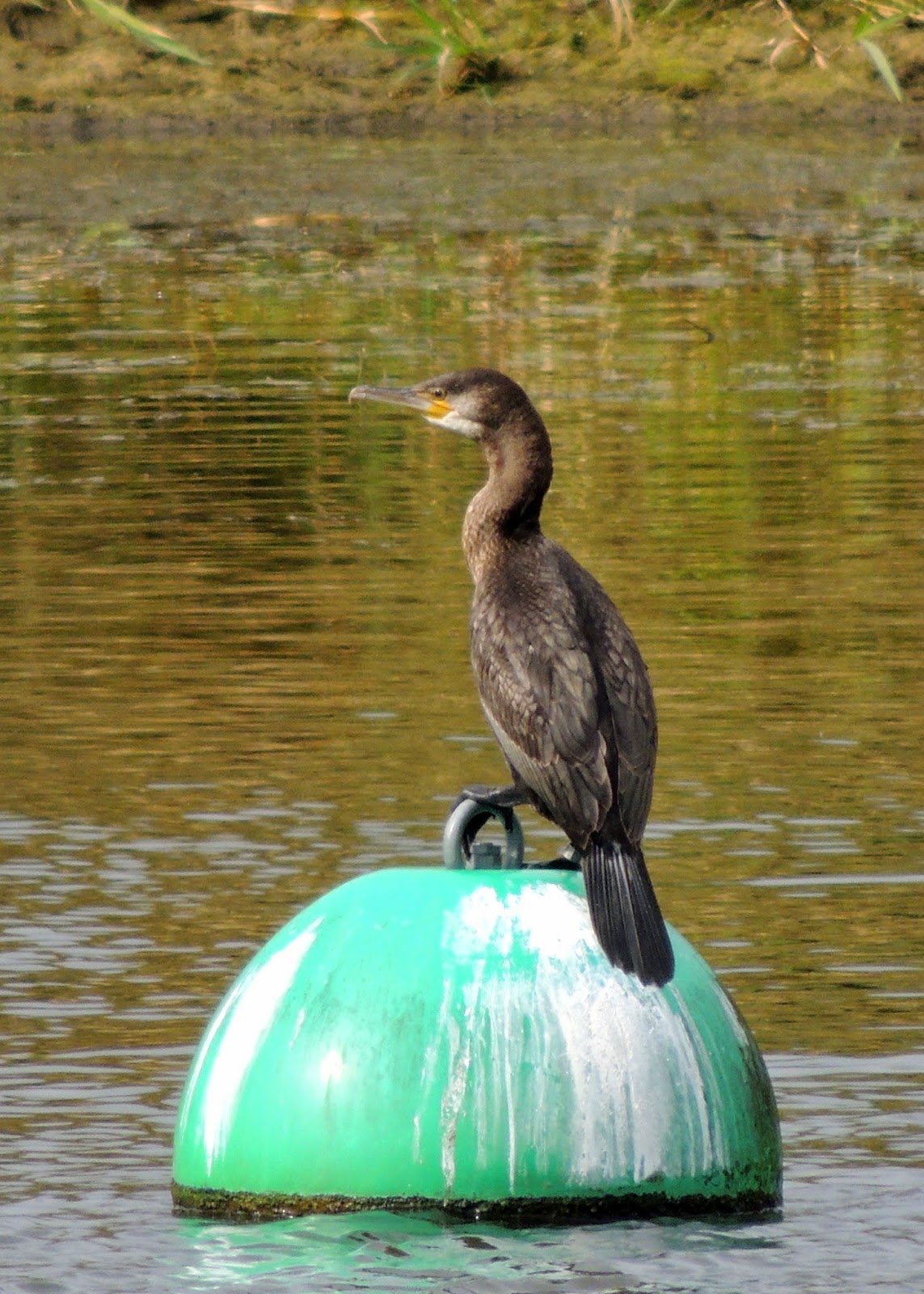 Cormorants are regular visitors to the Ffos Las ponds and this buoy is a favourite perch as can be seen from all the guano on it.  There seem to be plenty of fish in the ponds which were man made when the race course was created on the site of the old opencast mine.  The ponds were created in 2008-9 and their amazing biodiversity has happened over a short period of time. I have seen 17 different species of Odonata on Ffos Las over the past couple of years since I have been trying to photograph and identify them. 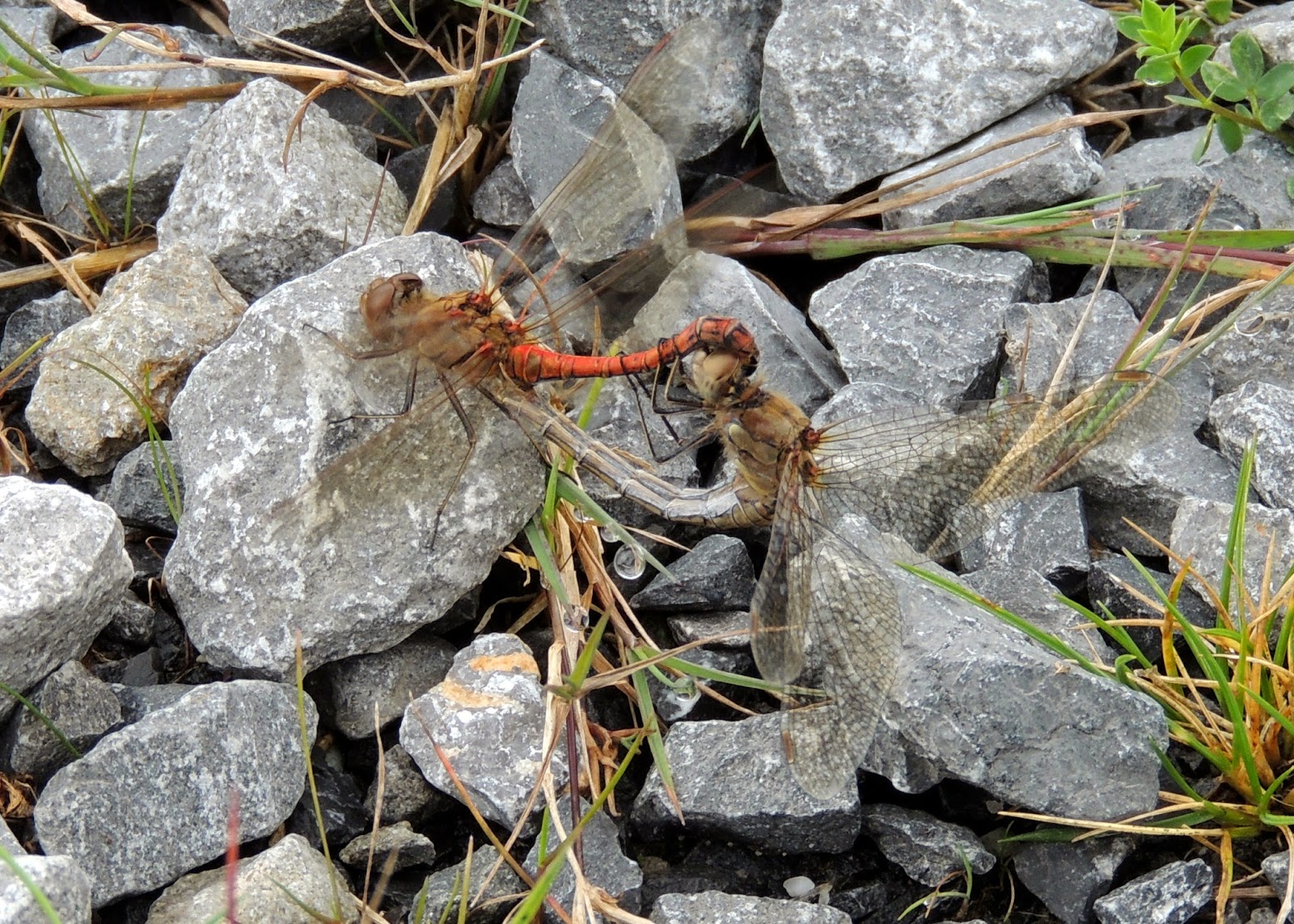 These mating common darters were on the path around the ponds on 1st October. It was a chilly morning and the male's wings are being vibrated to generate body heat.
﻿ 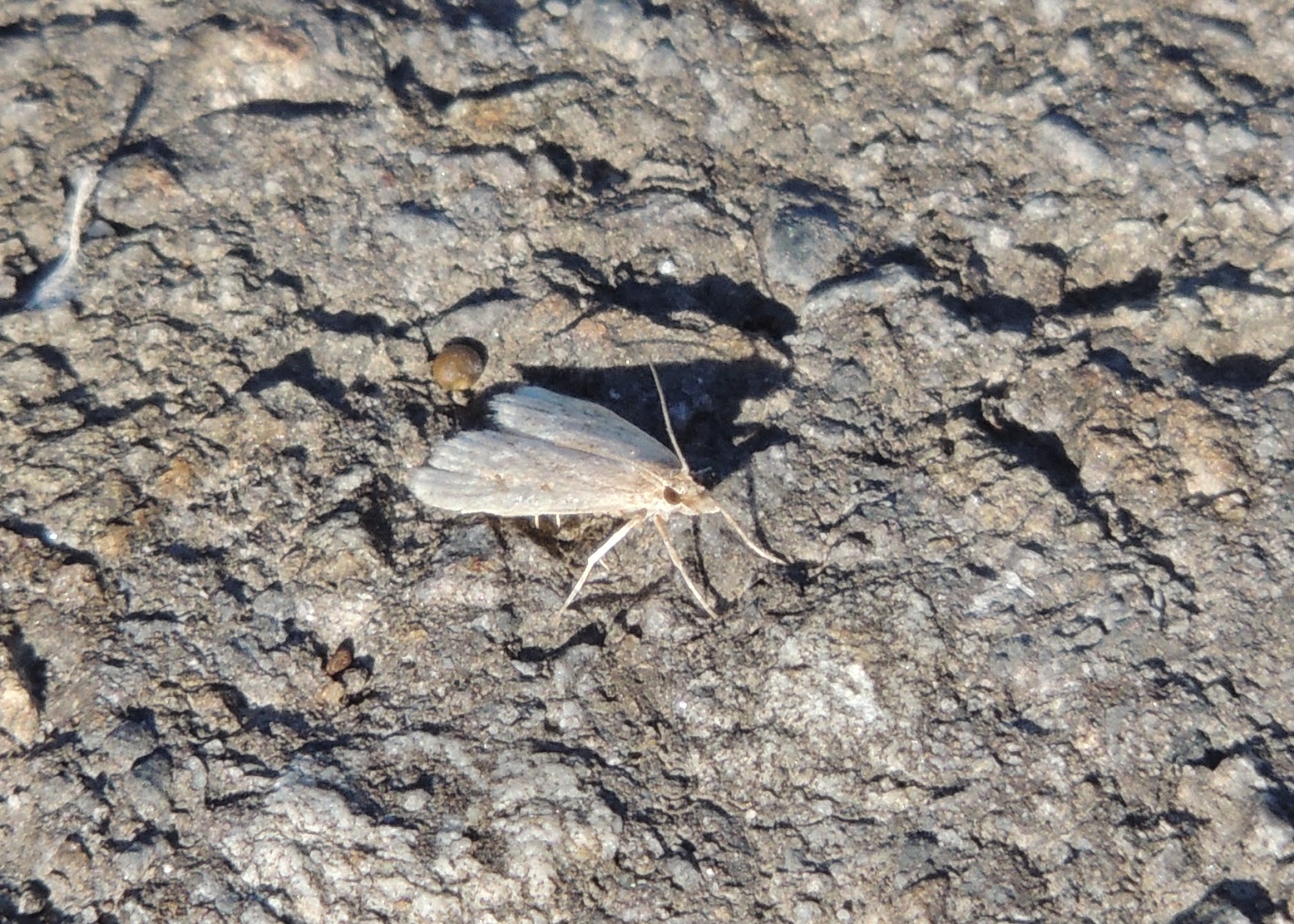 At last a moth!! Unknown to me, taken on 2nd October. 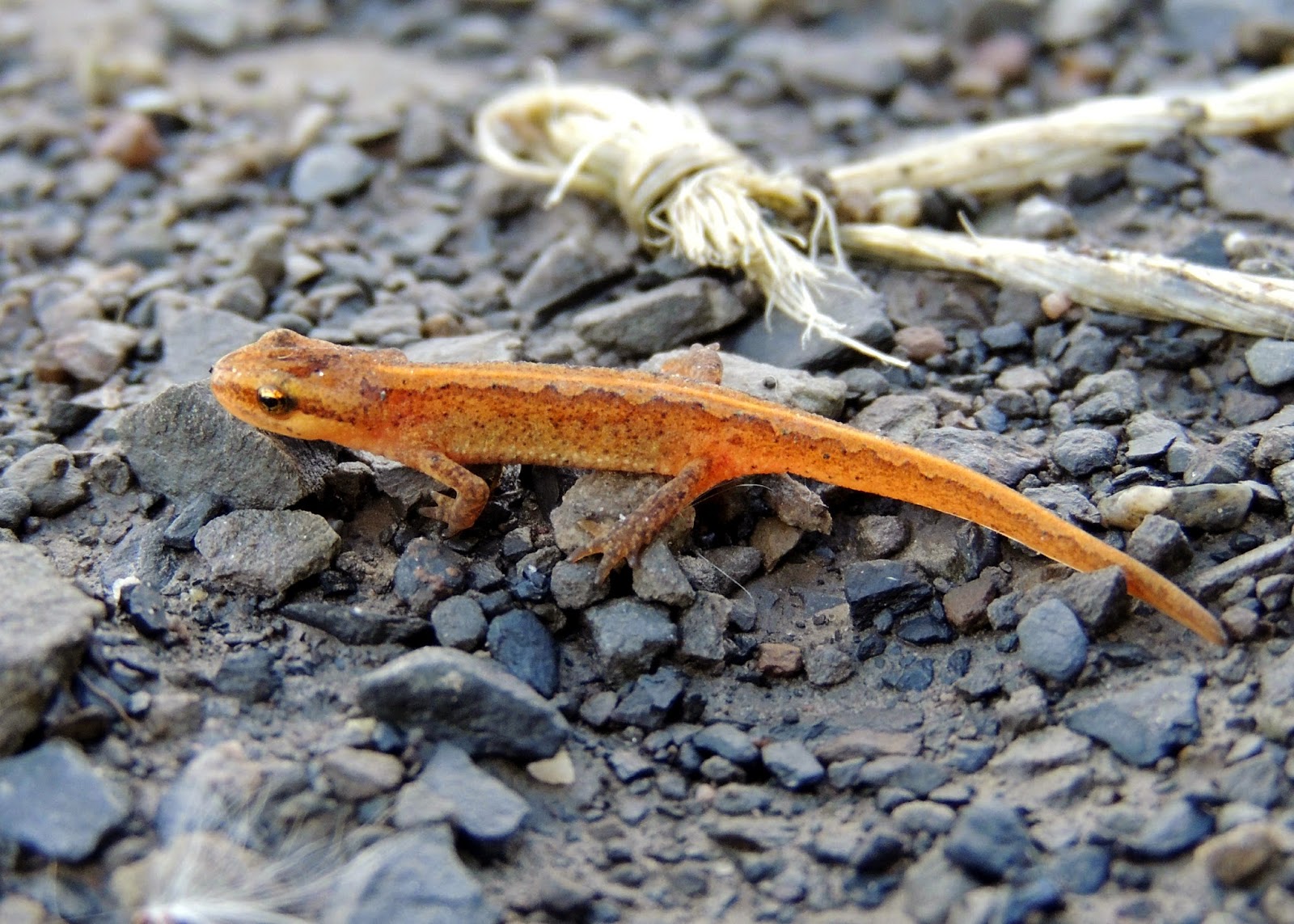 A young newt which I think is a palmate newt as the back toes appear to be webbed. 4th October. 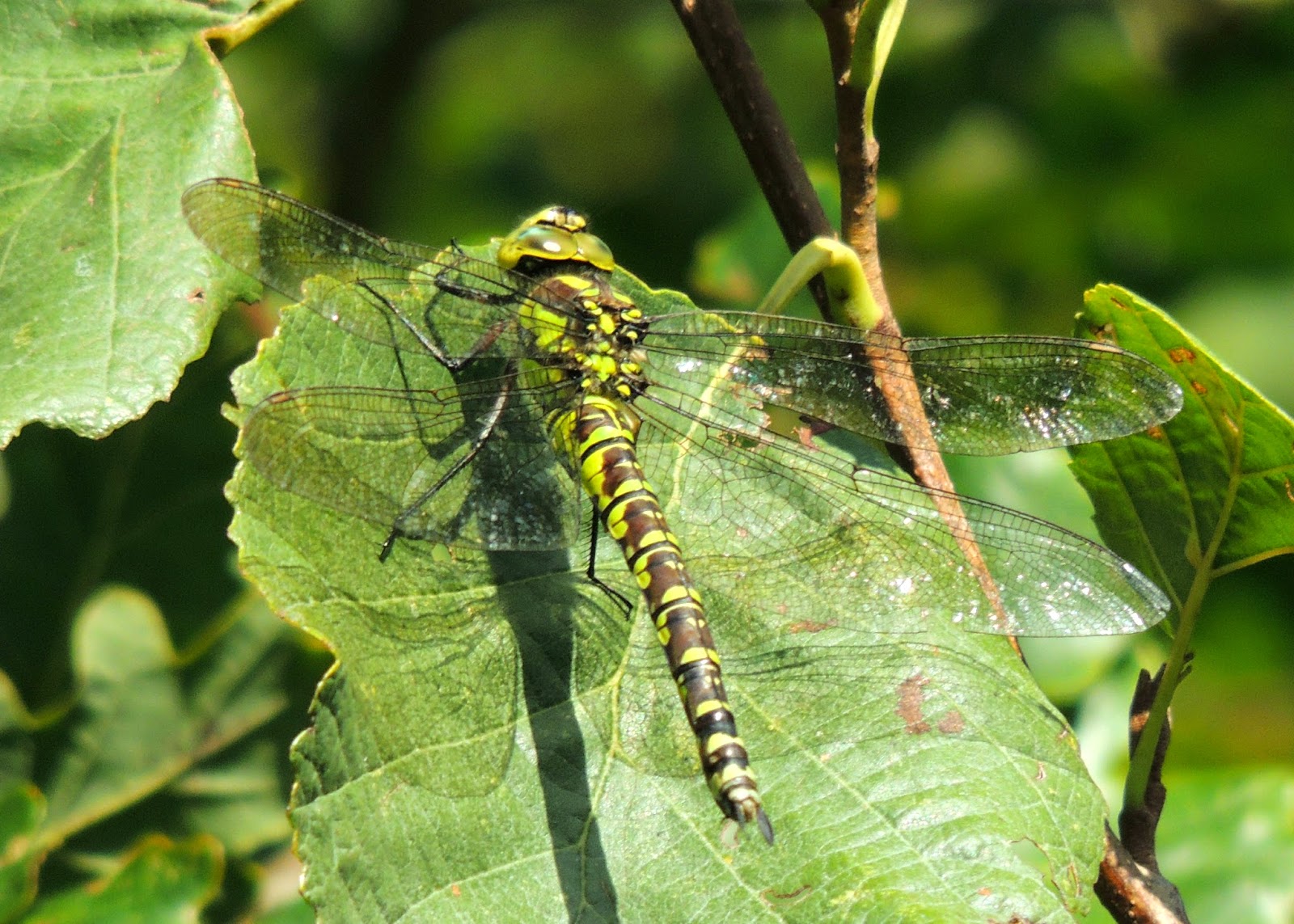 ﻿
A female southern hawker basking in the sunlight, 4th October. 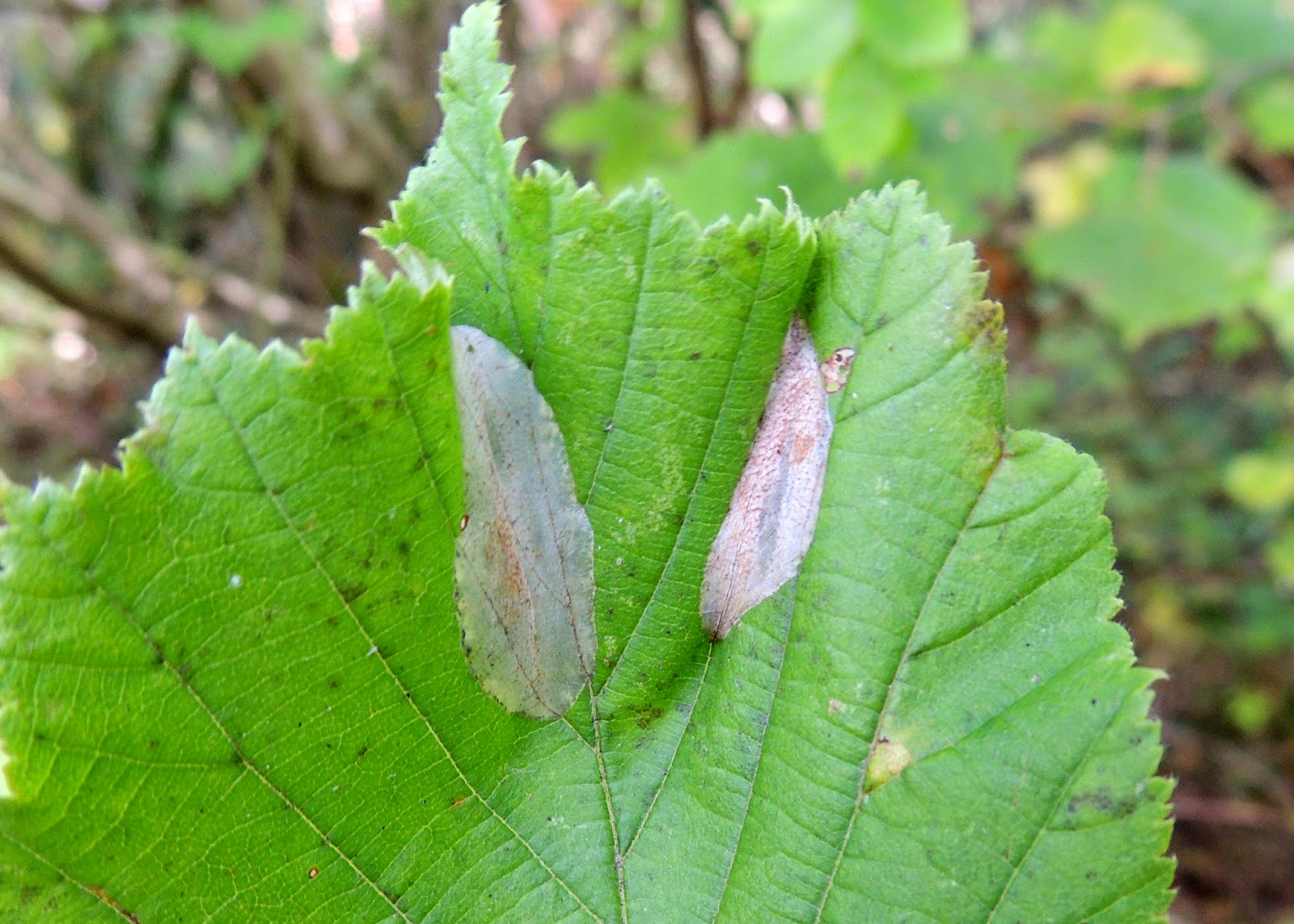 There are several of these larval cocoons on the hazel bushes.  Does anyone know what they are? This photo was also taken on 4th October.  Also seen on that day were 3 speckled woods, a red admiral and a clouded yellow whizzing past at high speed. 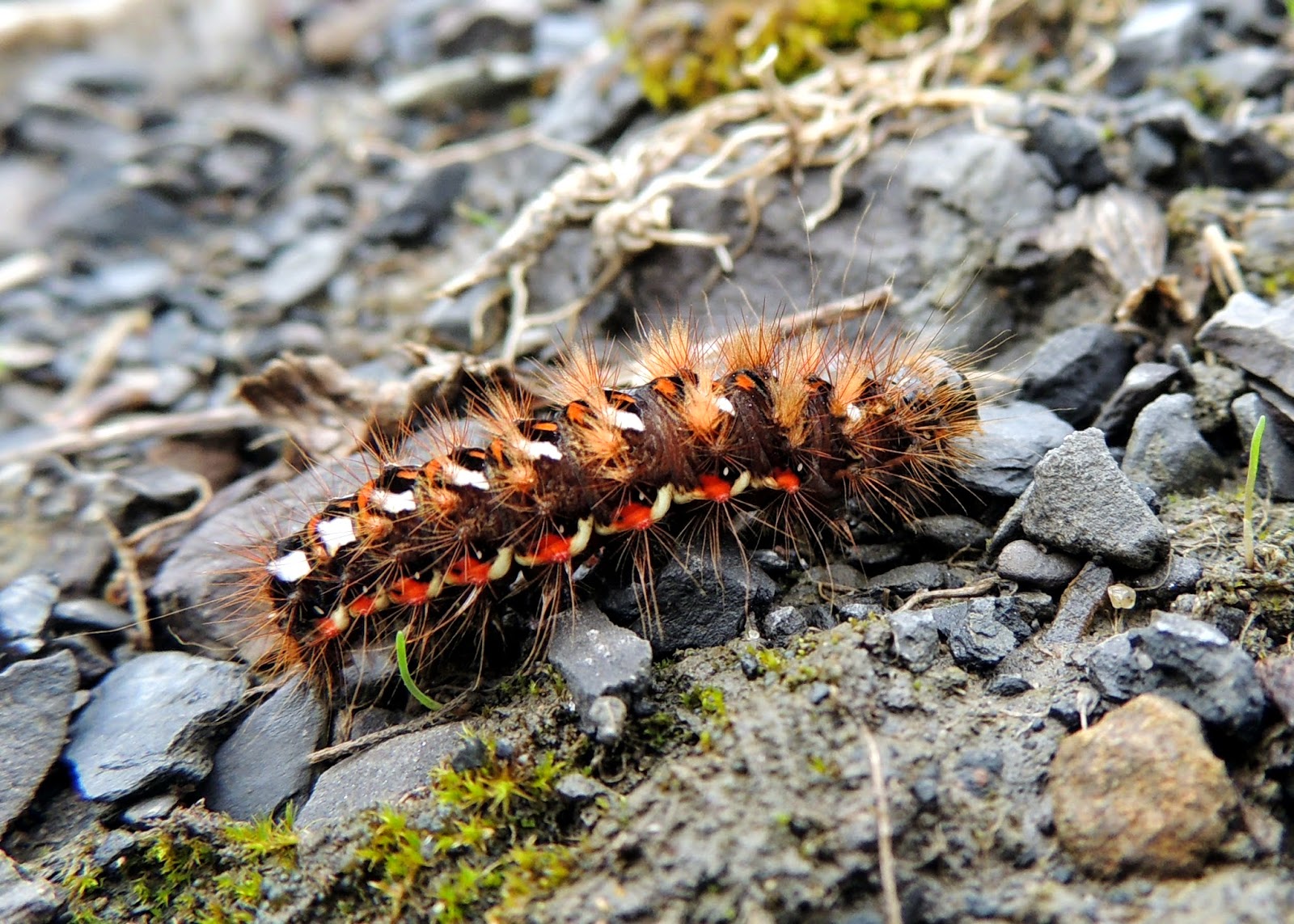