The weather looked suitable, so out went the traps - an actinic in the garden at Tyrwaun, Pwll and another right on the coast just east of Burry Port (even though I`d said last week that I was stopping trapping `away from home` for the rest of the season!). Putting out the latter trap was fun, as it was pitch black and I`d forgotten my torch, but inbuilt `sat-nav` and setting up the trap virtually by touch worked; it also meant that I could leave the trap in a position where I would n`t risk leaving it in the summer months, as it would be unlikely that anyone else would follow my route in the dark, and I`d be back there by first light.
For the season, there were good numbers of moths in both traps - 10 species in the garden trap and 13 species at the Burry Port coast one. Sadly, there were no exciting migrants, but there were lots of rusty dot pearls (6 in home trap with no less than  13 in the coastal one); also there were 4 silver y`s at home and 5 at the coastal trap - so there is some immigration . The latter trap had 11 large wainscots (with 3 at the garden trap). A turnip moth was also caught in the Burry Port trap. A FFY yellow-line quaker, FFY red-green carpet and a second brood bright-line brown-eye were also trapped. 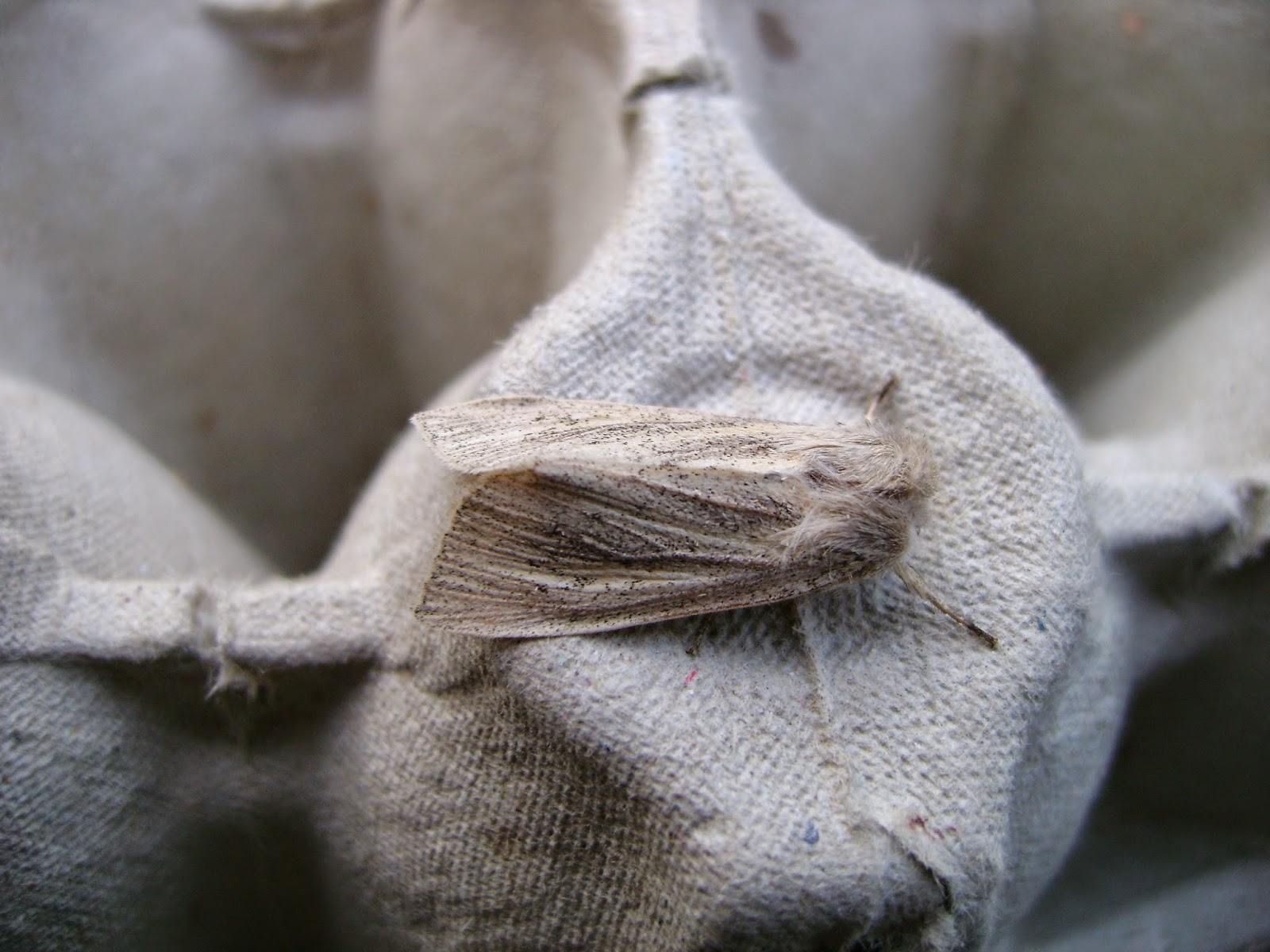 Above: the smaller grey-marked form of the large wainscot. 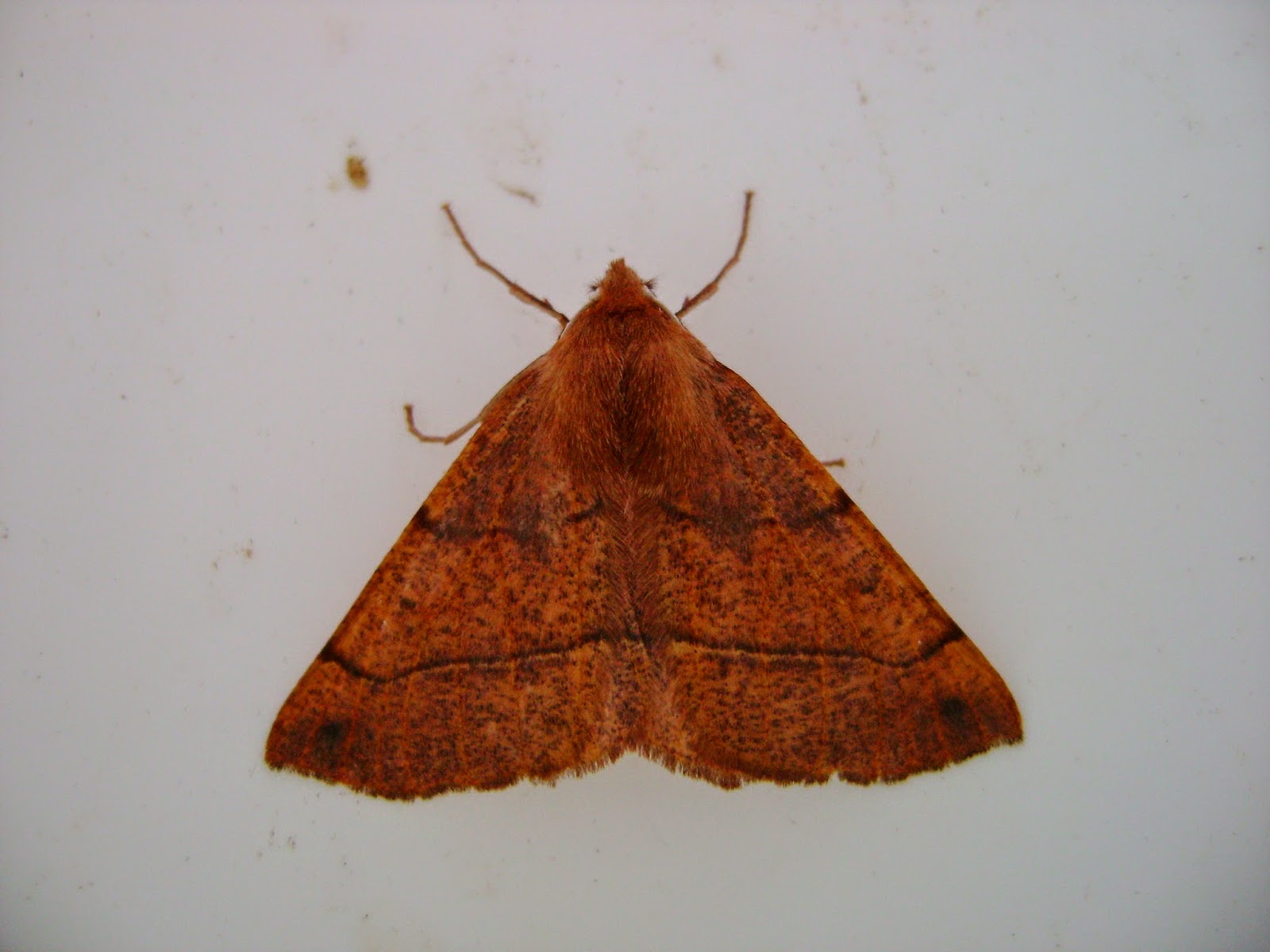 Above: feathered thorns are showing well at present and were in both traps. 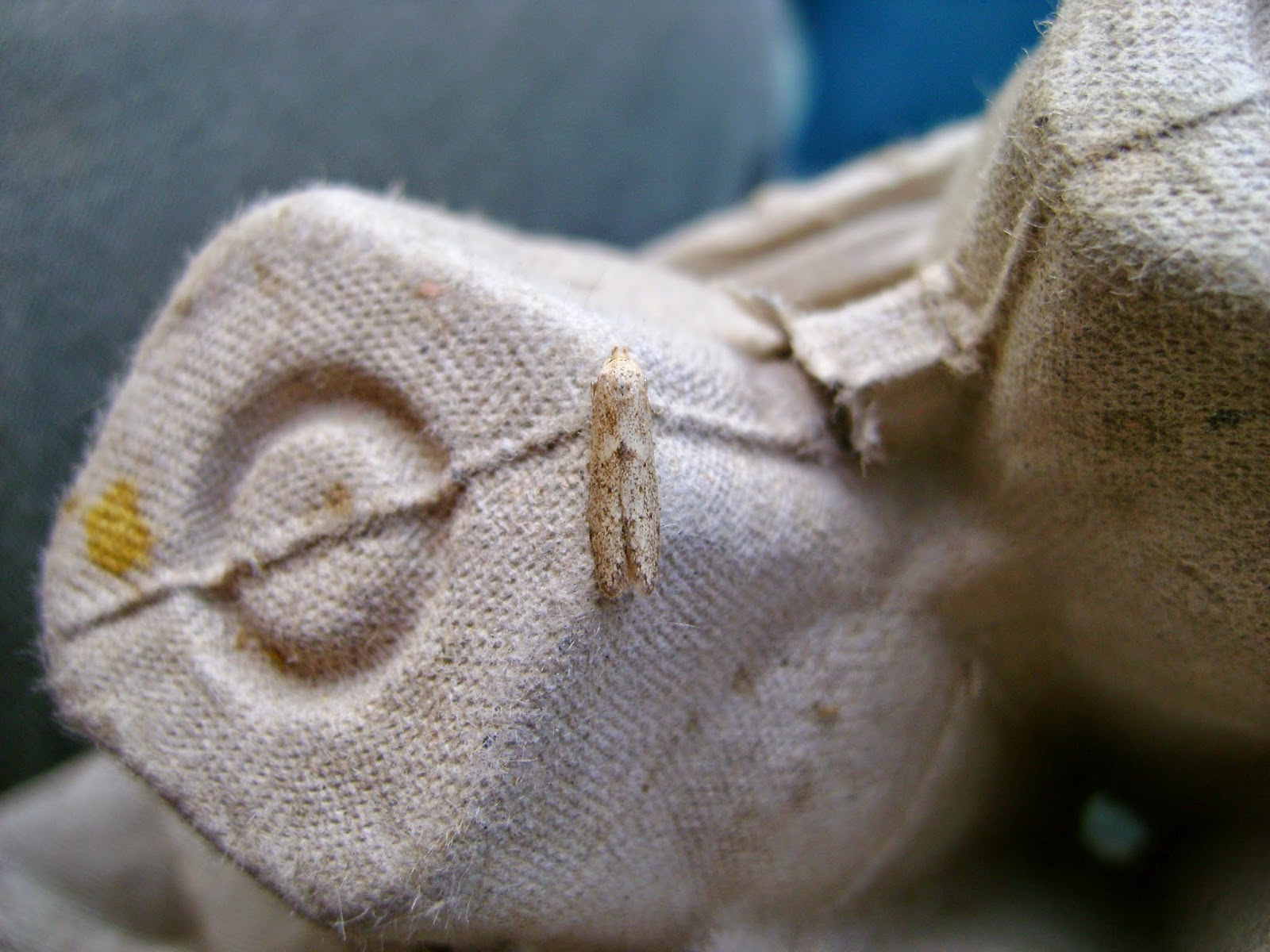 Above: also frequently encountered in the last couple of weeks is the micro Blastobasis laticolella. 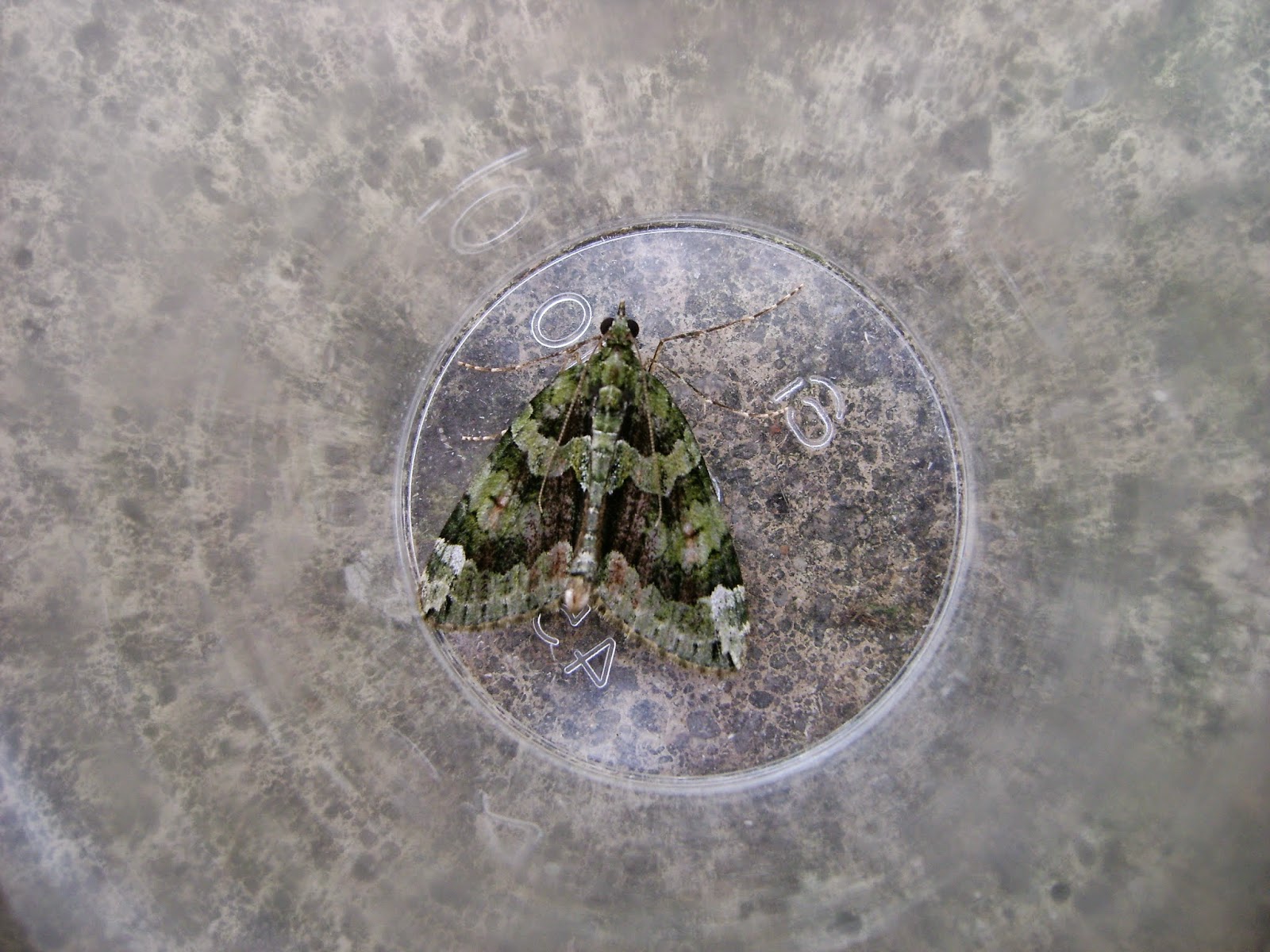 Above: red-green carpet - perhaps somewhat under-recorded in Carms as it flies in autumn and in spring after hibernation. 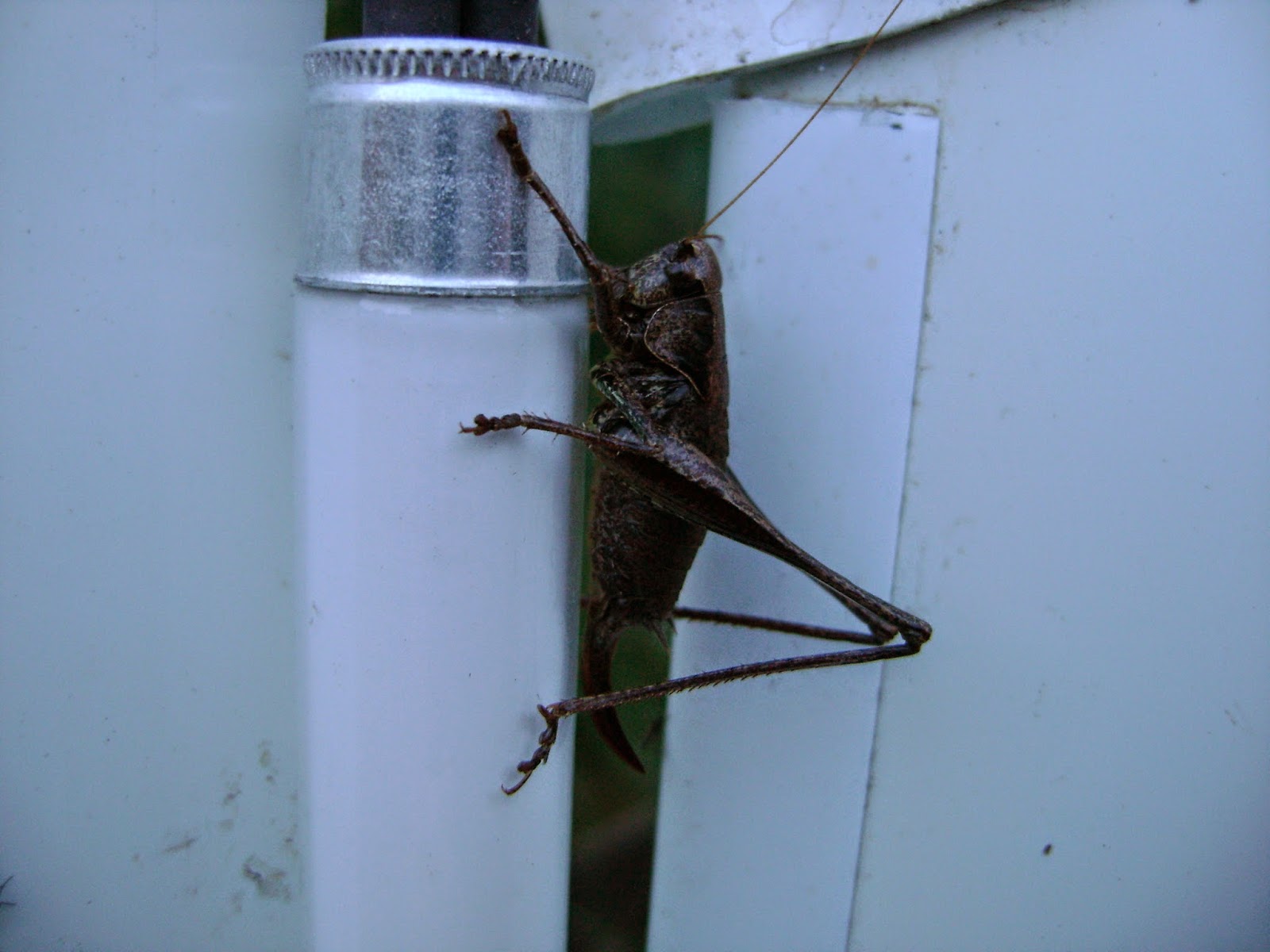 Above: this dark bush-cricket Pholidoptera griseoaptera was obviously attracted to the light. The soft `chirruping` of this species is characteristic of warm autumn nights along the Carms coast - it also extends up the major river valleys.
Posted by Ian Morgan