Coastal wanderings - butterflies rather than moths

Went for a walk today over the high headland of Ragwen Point (just W of Pendine), down to Marros beach and back, in unexpectedly calm and glorious weather - it was like summer again! I had hoped to find something of moth interest, but apart from the several silver y`s that were flushed, no moths were seen. I was deliberately `on the lookout` for that tortricid that Sam recently had at not-far-away Telpyn Point area, but none were found. I also checked cliff-side crevices by areas of thrift for a `long-shot` roosting black-banded, but once again, no luck.
The butterflies were more co-operative: small coppers were numerous, red admirals were periodically seen and one clouded yellow was also spotted as it swiftly flew past. Perhaps best of all, were two wall butterflies, one seen on the path ascending Ragwen Point from the east and the other atop Ragwen Point itself, on an expanse of lovely coastal heath: this area perhaps has the county`s best representation of this habitat. The wall butterfly has certainly declined in the county - I used to see it on sunny laneside banks and elsewhere as a teenager, but I have n`t seen one for some years. They have been reliably seen though, on Mynydd Llangyndeyrne near Crwbin (overlooking the Gwendraeth Valley), in recent years. 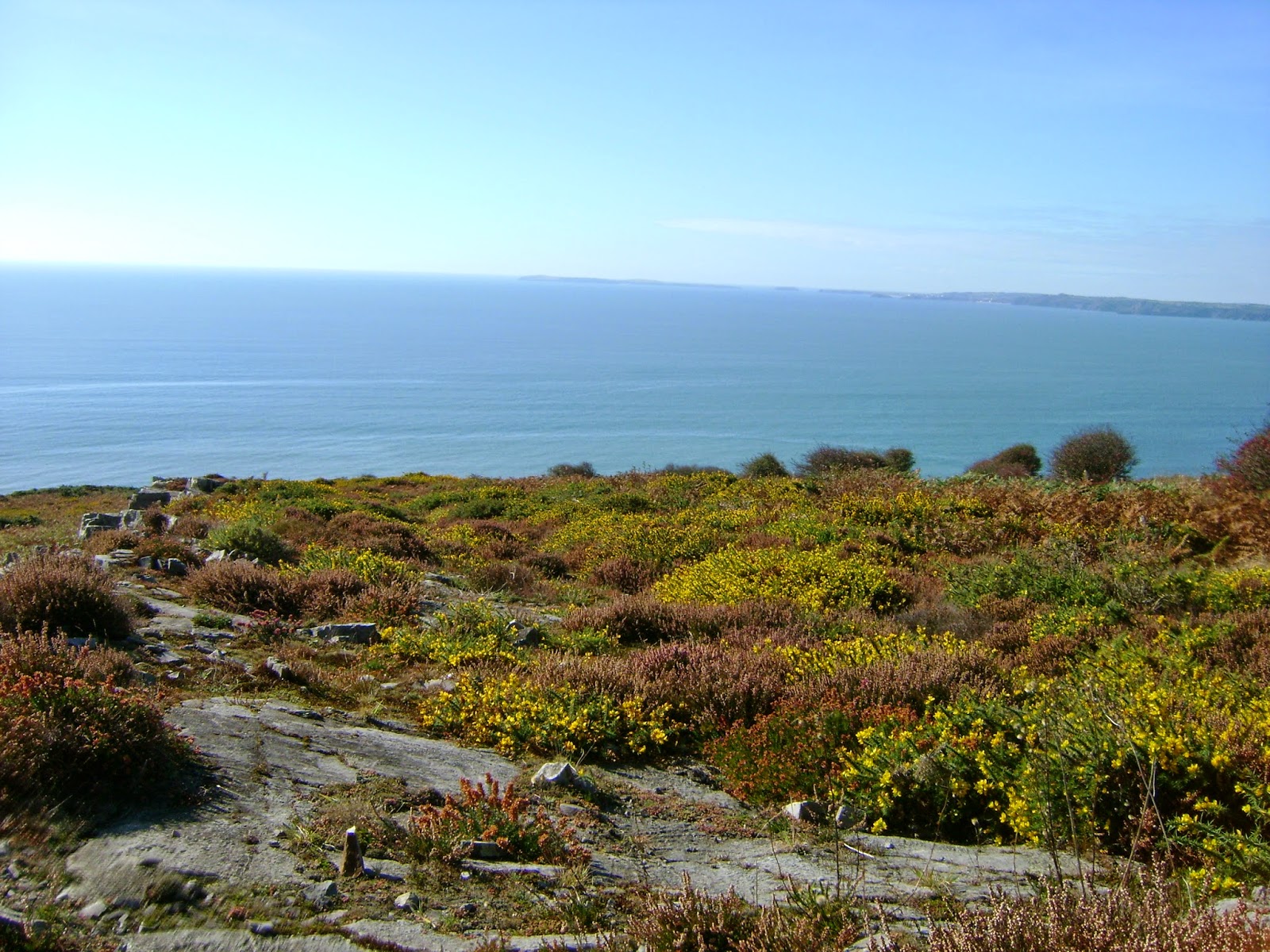 Above: looking seawards towards Caldy Island and Tenby from the Ragwen Point coastal heath.

Rather sparse today in terms of moths seen (and hence nothing more to report), but a great walk, with great views over some great habitat for lepidoptera - this general area needs far more daytime surveying next year - and moth trapping. It is badly under-recorded and has huge potential for moths.

No moth photos, I`m afraid, so just a couple of habitat/landscape shots: 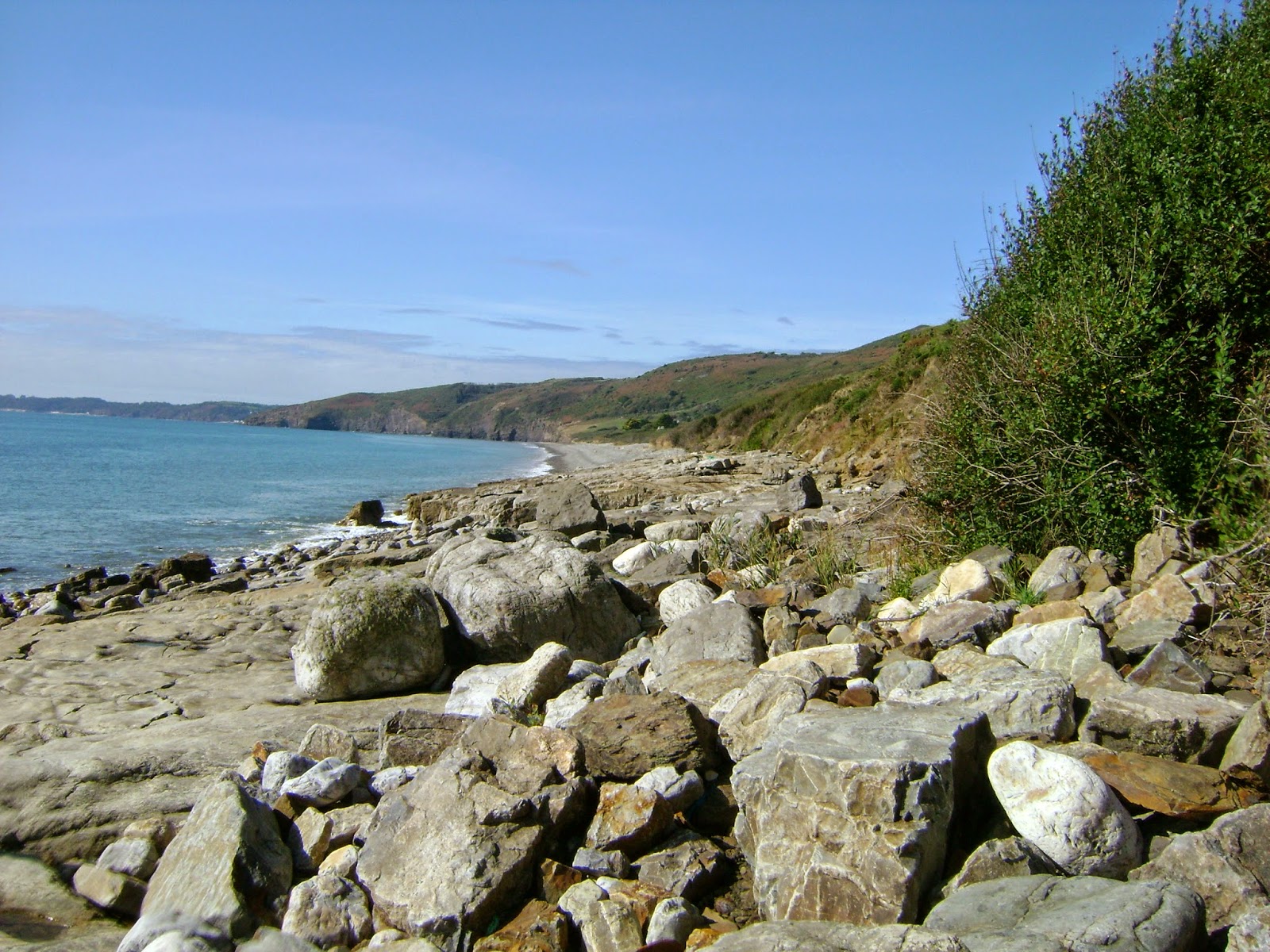 Above: looking westwards along the beach at Marros, from near the western side of Ragwen Point. 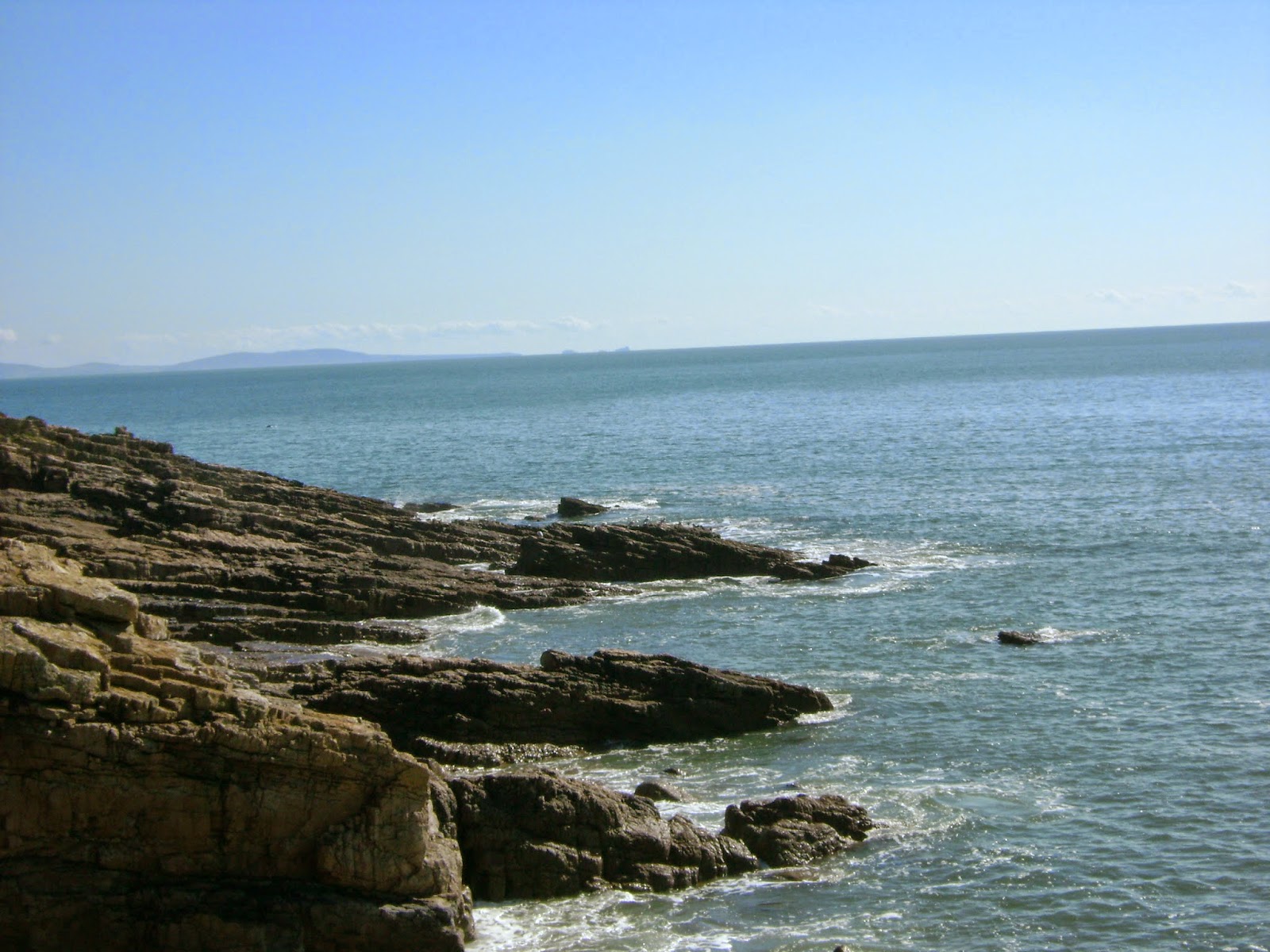 The birds seen provided some interest. A Dartford warbler was briefly singing and was observed before it hurtled into some low gorse near the path on Ragwen Point`s eastern side. This rare warbler is already known from this area but was thought to have been hard-hit by the couple of cold winters that we experienced a few years back, so it`s good to confirm their return. Offshore, on the becalmed sea, small parties of common scoters were seen (and heard), whilst a kestrel hunted over the heathy areas.