An unusual leaf miner on a common bush

I have looked at Blackthorn mines a lot this autumn in the hope that I might find something other than the very common Stigmella plagicolella (nicely illustrated by Vaughn on a recent post - distinctive round blotch mines with a narrow initial 'tail').  I found the elongate mines of Stigmella prunetorum last time I was back in Monmouthshire (new to the VC) but have not yet seem them in Carms.  Yesterday I finally located the 3rd and scarcest of the Blackthorn Nepticulidae: a larval mine of Ectoedemia spinosella (on a subsequently chewed Blackthorn leaf).  This species forms a long, narrow linear mine, followed by a much broader elongate blotch and has reddish frass.  It is apparently mostly coastal in England. 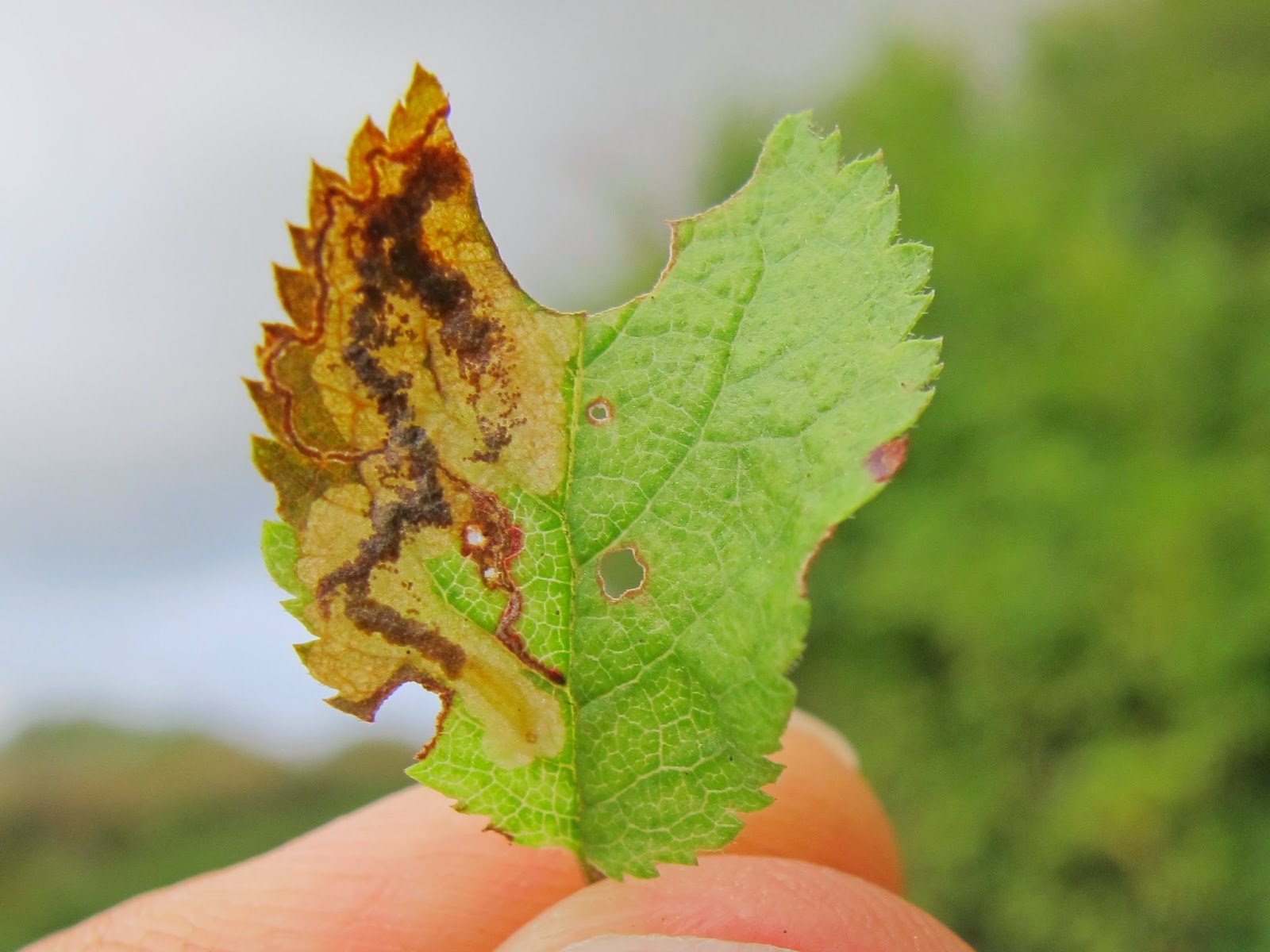