What a Difference a Night Makes...

As the forecast for last night (29/9/14) promised broken cloud at first, then becoming completely cloudy, warm and with light S-SW winds, I thought that I would trap away from home and three actinics were set out. One was placed on floriferous `brownfield`site with broom etc at Machynys and two were set out just east of Burry Port, one at the rear of a small shingle beach and the other at the seaward edge of some amenity tree plantings. All were left overnight and I returned early this morning - but the three hours` time of setting up and collecting just was n`t worth the effort!
The only migrant was a rusty-dot pearl at Machynys - not even a single silver y to be seen! - and whilst the traps were not mothless, the moths were sparse, with just 10 species or so in each trap.
Included were some nice fresh green brindled crescents, with their array of green and mauve hues, sallows ( pink-barred and the sallow itself), a crisply-patterned rosy rustic and flounced rustics, a large wainscot and a herald.
Big, dark parsnip moths Depressaria radiella (a  common species along the coast) were at both Machynys and Burry Port (at both sites, their food-plant, wild parsnip is frequent), but a restless one that I took home to photo just would n`t settle, in spite of cooling off in the fridge - it eventually escaped.
I also caught this little pyralid (photo below), and I`d appreciate any comments as to its identity. It looks like Eudonia pallida but, as always, I may be wrong. I`ve retained it for now in my fridge. Eudonia angustea was also caught. 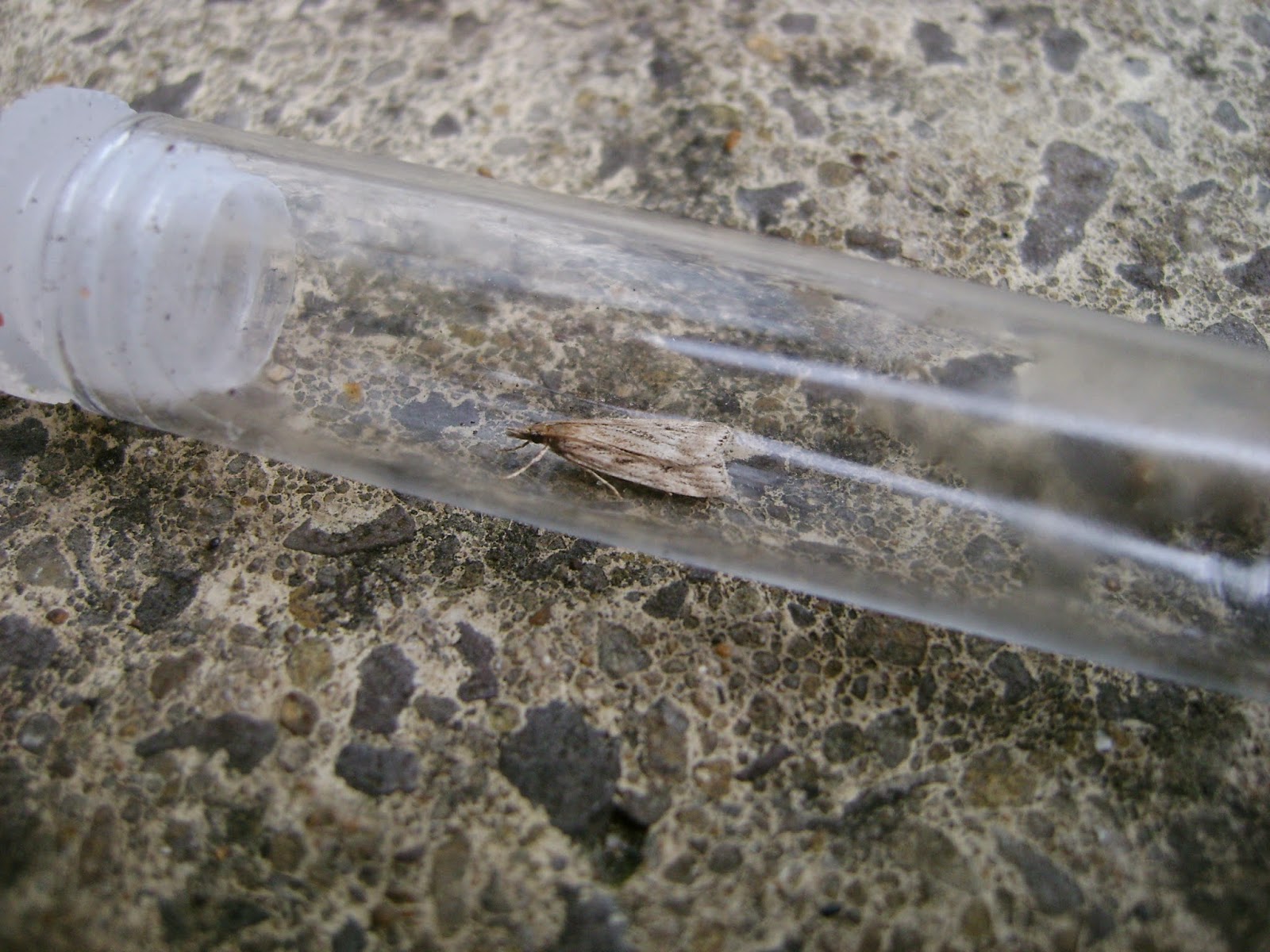