I had `high hopes` for Friday night (5/9/14) and set out five traps - two at home (an MV and a strong actinic), `mobile actinics` under beeches in Stradey Woods, at a rhos site at Cencoed-uchaf and at saltmarsh-sand dune transition at the North Dock, Llanelli. Sadly, this big effort brought minimum results - probably the worst of the year in effort:results ratio terms!
It looked good on the forecast - cloudy and quite warm and indeed as I drove to set out two of the mobile traps in the terminating dusk and quickening gloom at c 8.15pm, moths were passing the car`s headlights - a good sign. I placed out the North Dock trap much later, at c 10.30pm, after I`d met friends at a pub, as the site is near a car park where youths and others gather; in the dark they would be unlikely to walk through the black night to my relatively distant trapping location. When this last trap was being set up, I noticed that it was still a warm night with a very dull hazy moon, with adequate cloud cover and I returned home to bed, anticipating plenty of moths the next day.
Up early on Saturday morning, I collected in the two home traps and merely blocked the entrances/ exits so that I could inspect them later and then rushed out to collect the North Dock trap before any early dog walkers. The other two traps were then also collected. 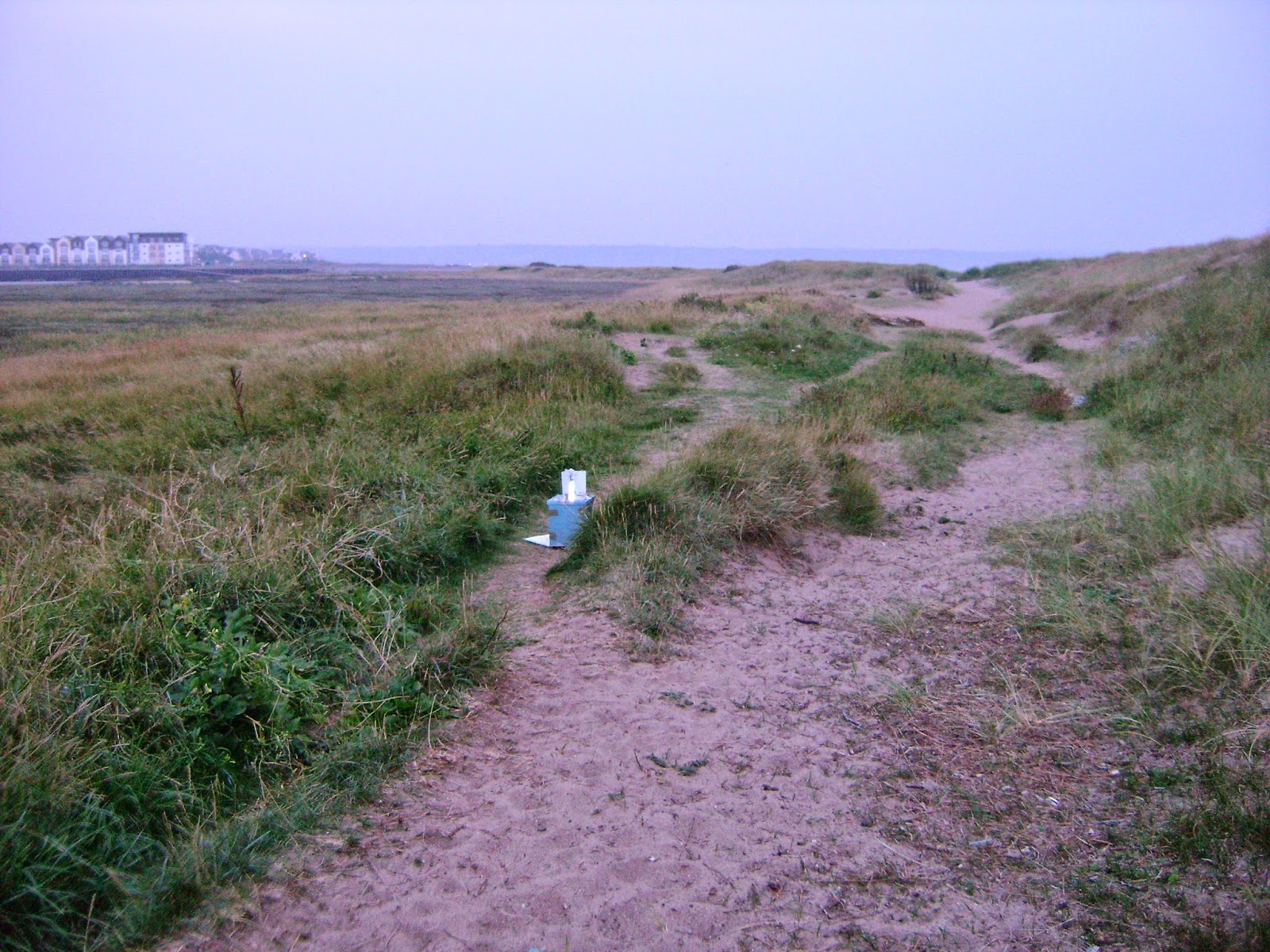 This above trap, the first to be inspected, proved to the best, albeit in a very mediocre way. It was dominated by flounced rustics, mostly a moth of neutral/calcareous grassland in my experience (eg along the coast and at the limestone inland at Palycwrt, but small numbers in other habitats too). Lime-speck pugs were also in comparatively fair numbers and half-a-dozen yellow belles were caught. The `grass moths` were represented by Agriphila geniculea (typical for such dry habitats). There were also ones or twos of a very small number of common species. 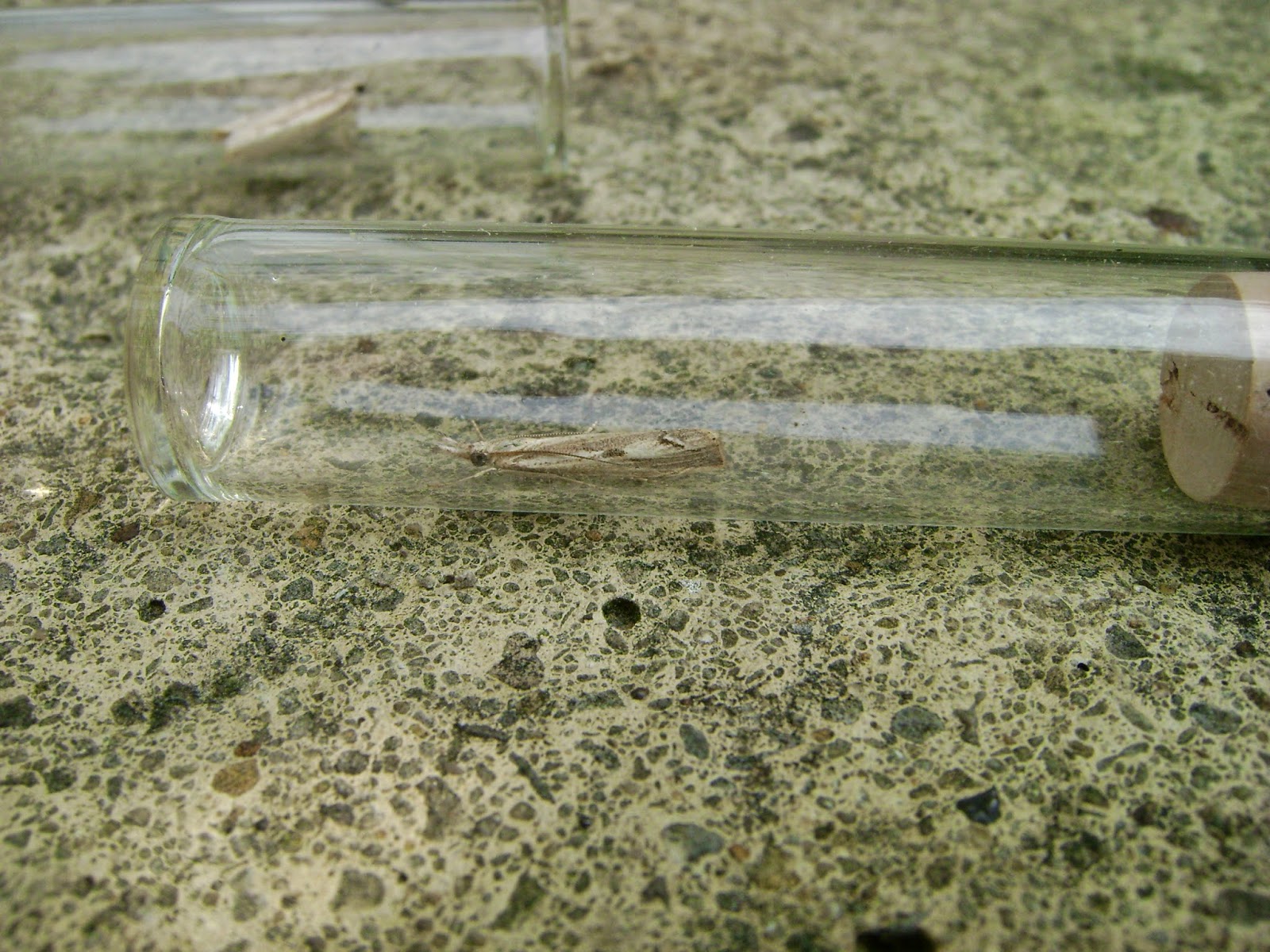 My next site was under beeches in Stradey Woods where, following Barry Stewart`s recent home capture, I was hoping for a possible barred hook-tip, but failed. There were only a very few common moths in this trap and the same was true for my next site at Cencoed-uchaf, where the trap was on acidic wet `rhos` with birch scrub etc. I did n`t even bother to jot down what the moths were as I`ve had them all at these localities before....even the dreaded large yellow underwing was only represented by one in each trap!
At home, my MV and actinic was likewise dire and I consoled myself that at least that there would be less`det`ing` and listing to do! A little compensation was provided by a single Ypsolopha parenthesella (a handsome micro!), a Chinese character, rusty-dot pearl (plus a few silver y`s), a cabbage moth and a fresh copper underwing.

A clouded yellow butterfly was at Pwll Fishing Lakes on Friday afternoon.