Another very distinctive mine to look out for on your 'patch' is Bedellia somnulentella.  I had it new to Carms today at Pont Hywel, about 100m from the Pembs border.  I also found mines at Bea & Johnny's school, just across on the Pembs side of the border [and it may be new for VC45 too].  George mentioned having it a few times in Glamorgan this summer, and it's a boom & bust species so may be having a good year at the moment. 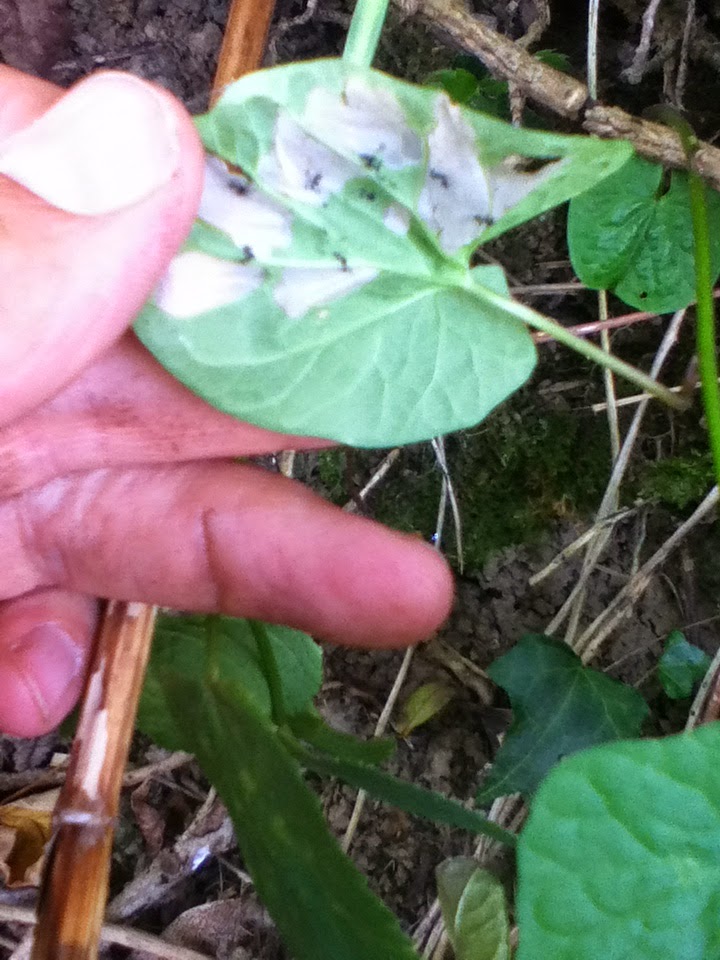 This species makes pale blotch mines on Bindweed (the white Calystegia and the small pink Convolvulus) and diagnostically these have the frass ejected but it gets caught up among silk threads underneath (so there are little black scrappy bits of frass when the leaf is turned over).  leafmines.co.uk says that there aren't any other mines on Bindweeds, though I guess that other feeding damage (e.g. the holes made by beetles or Plume larvae) could be confusing so it's best to look for the frass.

Another Micro, Scrobipalpa costella makes similarly large blotches on Bittersweet (Solanum dulcamara), so look out for that too.