Far too bright and pretty cool, really. Nevertheless, the MV trap at Cwmllwyd attracted the first August Thorn of the year (as well as Canary-shouldered Thorn) 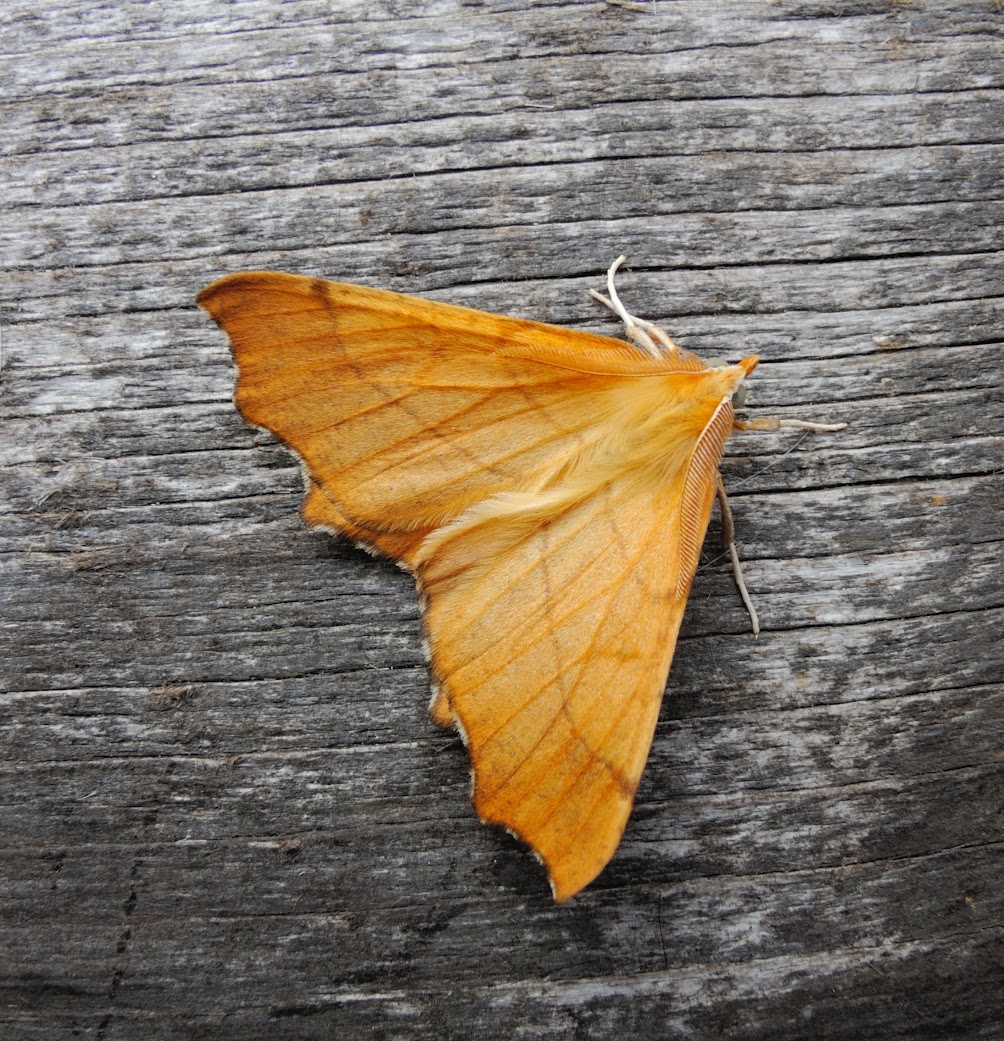 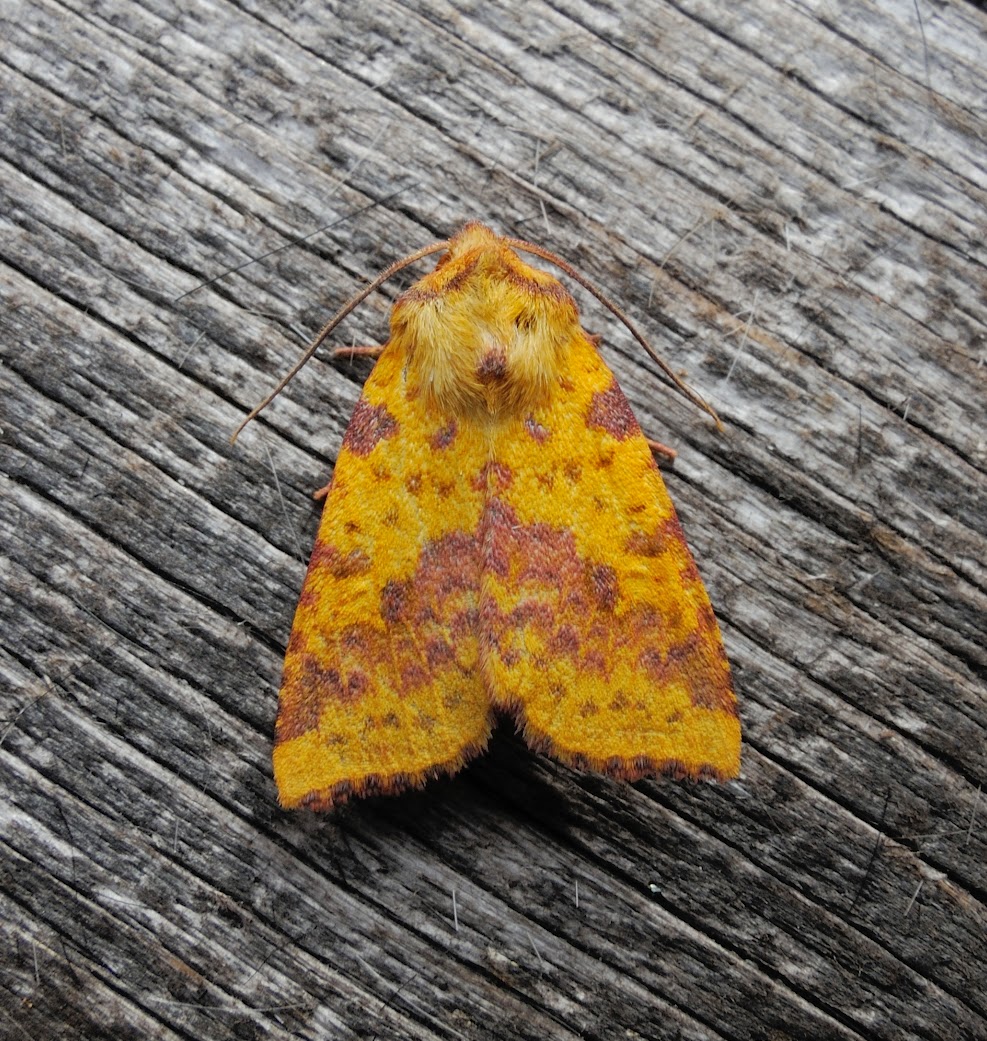 The second Copper Underwing of the year was found, as well as a pair of Gold Spots (one of which posed for this picture). 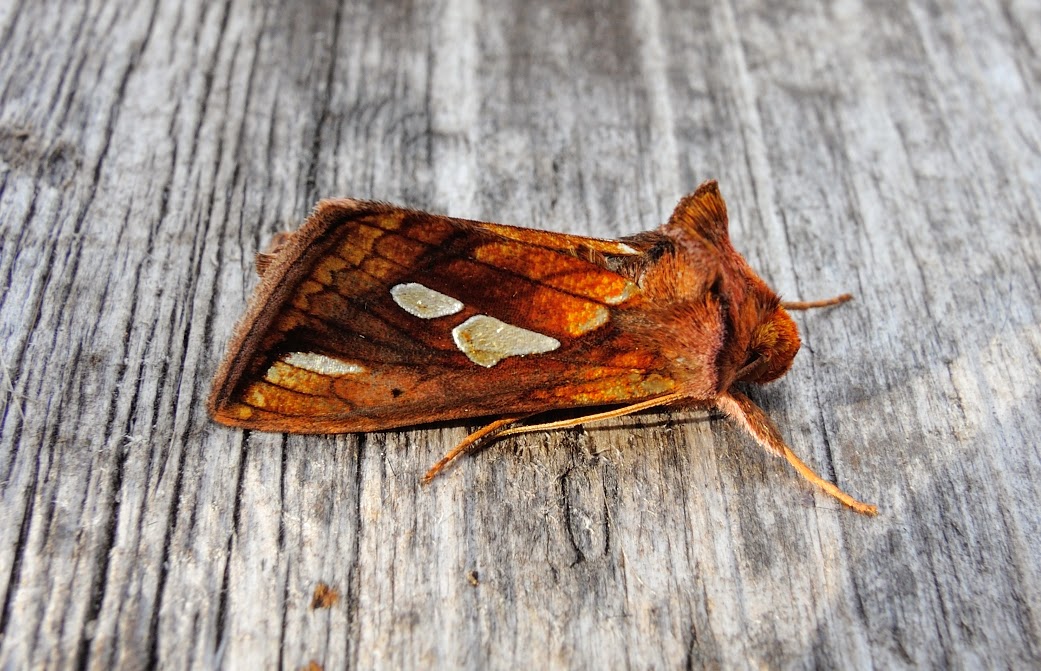 Almost half of the moths in, or around, the trap were Brimstones. Also seen were a couple of Pipistrelles and my friendly Tawny Owl was nearby.
Posted by Steve Clarke