Nice day out, but little seen...

Went mostly botanising in the Capel Gwynfe area (approximately S of Llangadog) and later, on the high ridge S of the Tywi Valley, where the acidic outcrops at Carn Powell SN685222 were inspected. Spectacular, `all-around` views (spoiled slightly by haze) from this ridge but it was very quiet, as sunny September days can be - just some meadow pipits, which were probably passing through, as was a single wheatear.
Pupal cases of Coleophora sp. were spotted on rushes but no other moths were seen. 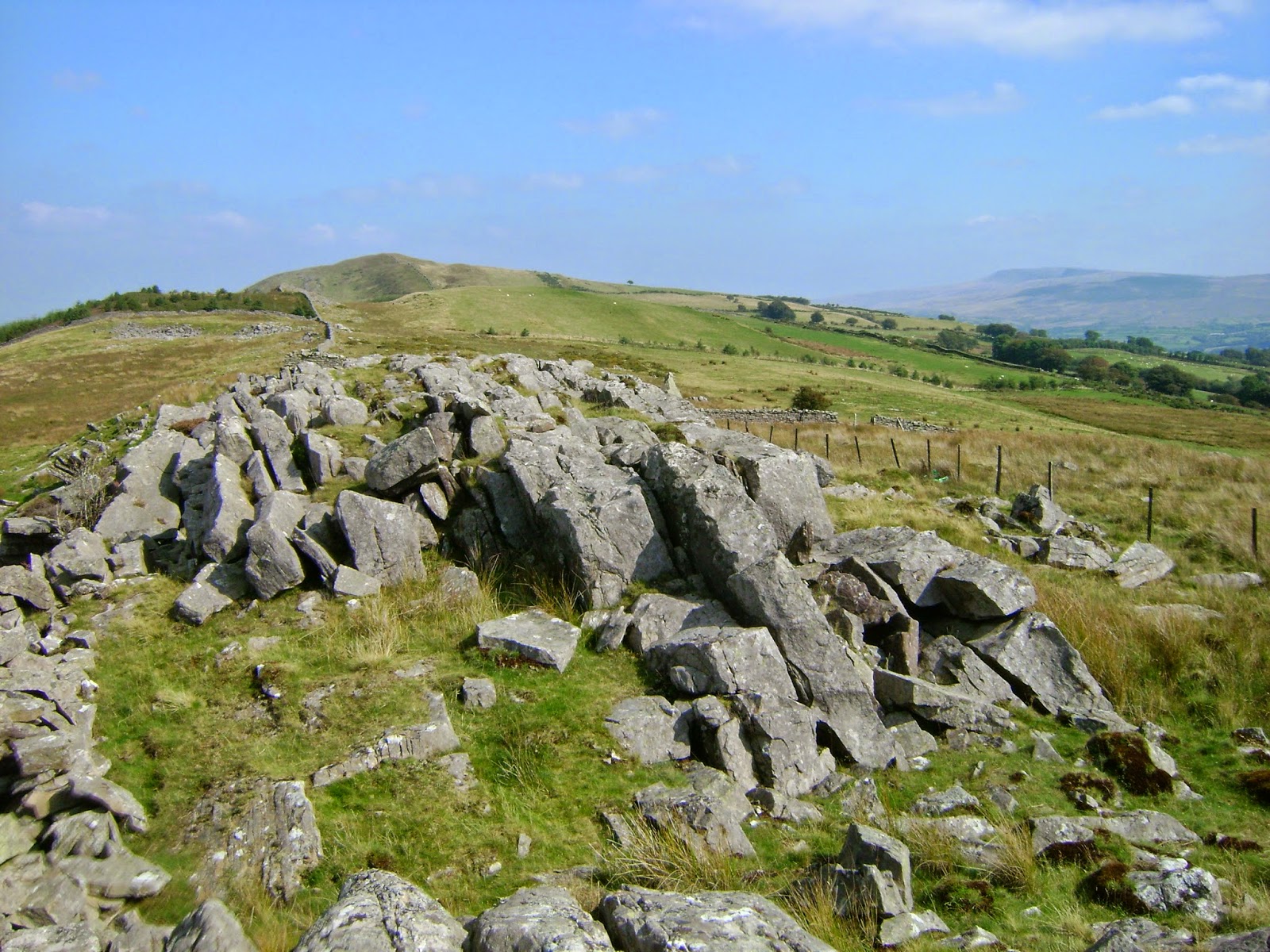 Above: looking NE along the ridge at Carn Powell: few plants survive the impact of sheep grazing. 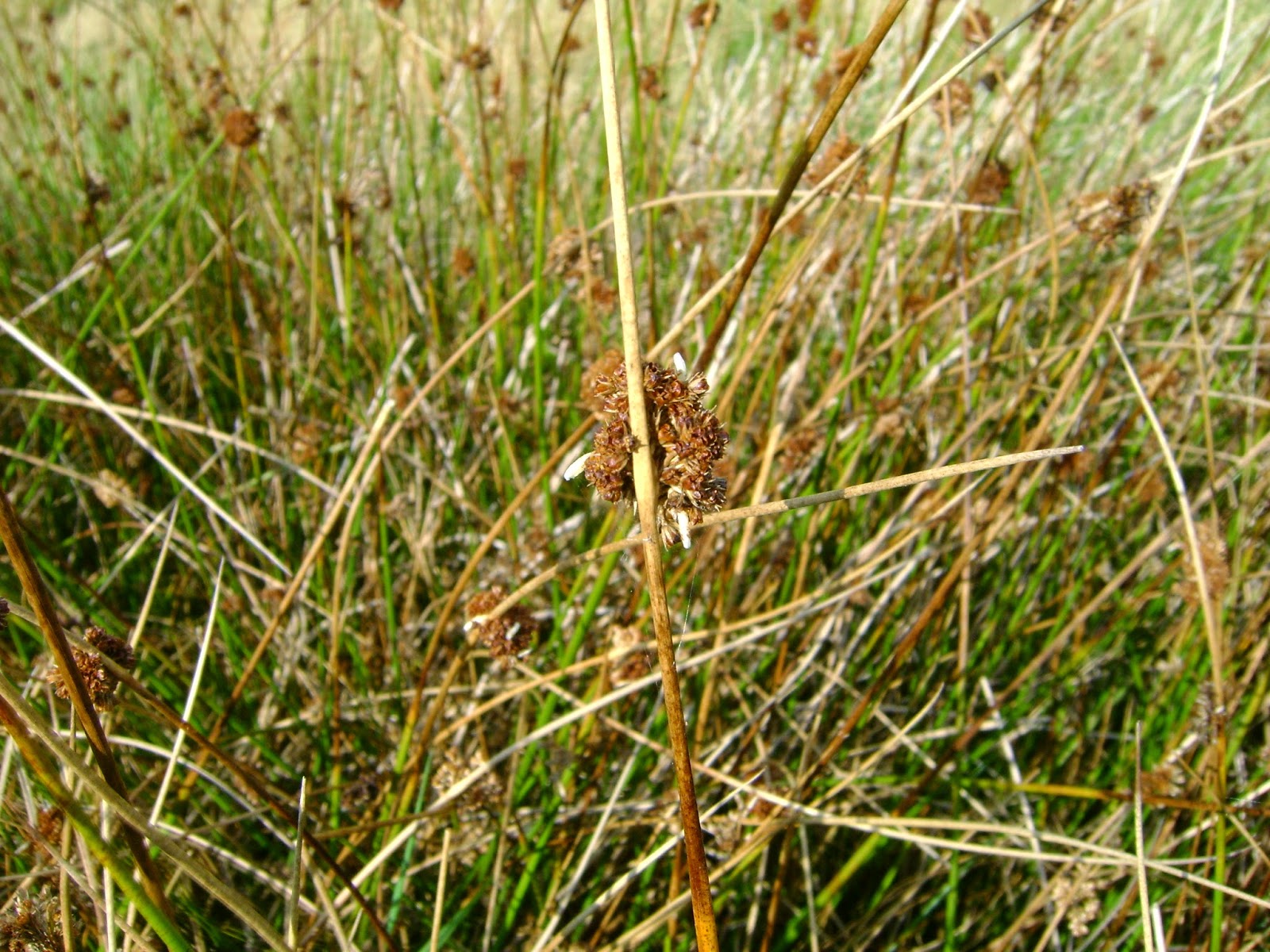 Above: the white pupal cases of Coleophora sp. (presumed alticolella or cespititella) on the Juncus seed-heads.

Waiting for the warmer nights to return, so that I can re-start moth trapping!
Posted by Ian Morgan