Like Ian I had a day with great views, and like him I only saw one Micro species.  After several hours recording bryophyte transects along the streams below Llyn y Fan Fach so as to assess the affects of low flows and/or fish-farm enrichment, I had a quick yomp up to the lake (one leaf of Potamogeton alpinus; abundant Schistidium platyphyllum on the dam).  There were plenty of individuals of an Acleris flying among the tall heather/bilberry on one section of tall-herb cliff, and I had the name Acleris caledoniana bouncing around in my mind.  Eventually I caught two, after many failed attempts due to my lack of net and the steep terrain.  They fit the bill nicely, with very narrow, acute, reddish/grey wings.  One got a little squished when I was catching it, and is now awaiting gen det confirmation of the ID.  So, only one moth species seen, but that was a first for Carms. 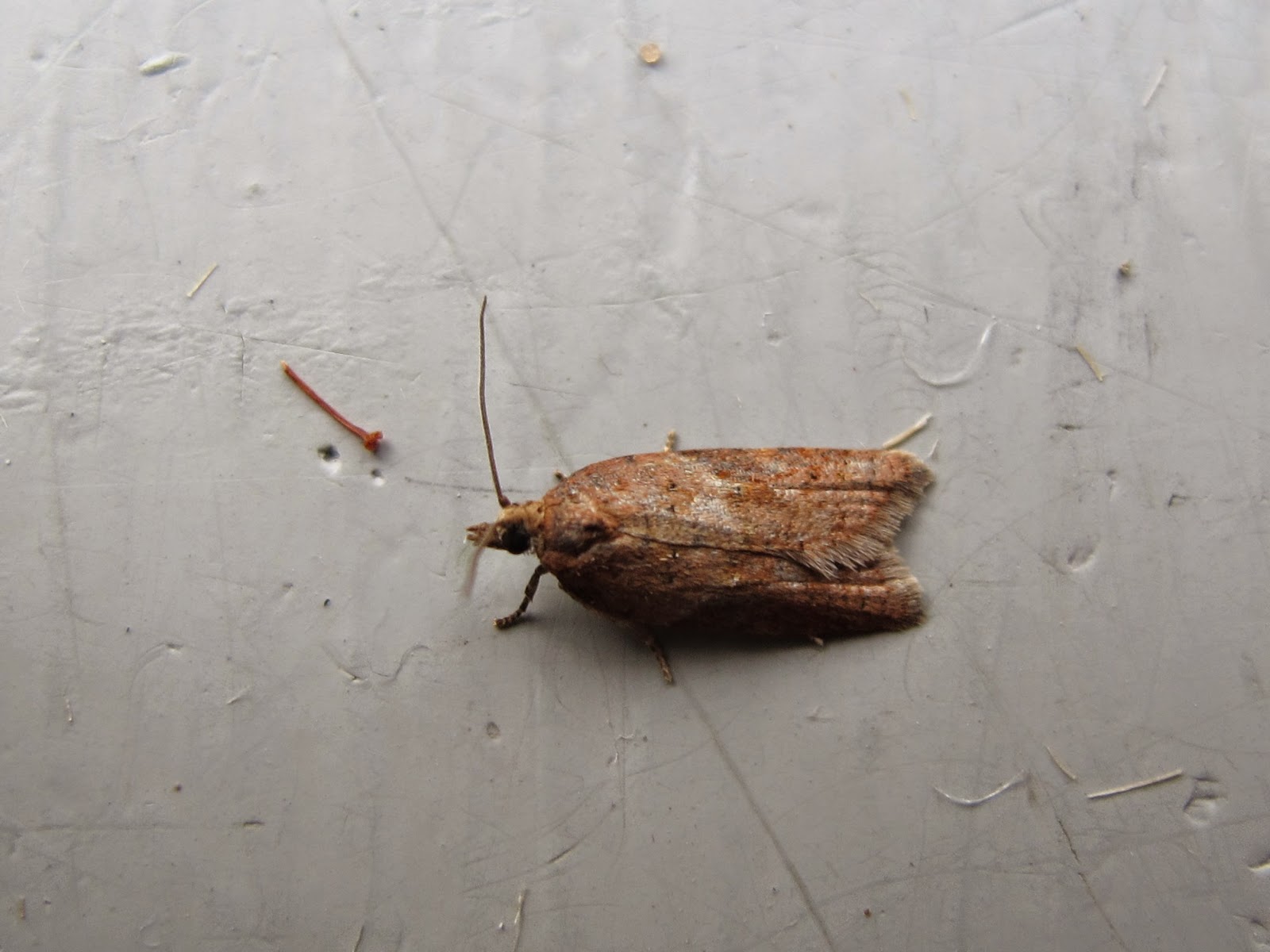