A crime of insecticide has been detected at Cwmllwyd, but the perpetrator has been apprehended - it was a bug which was caught in the act, but too late to save the victim, described as a FFY Red-line Quaker. Fortunately, a sibling of the deceased escaped unscathed. 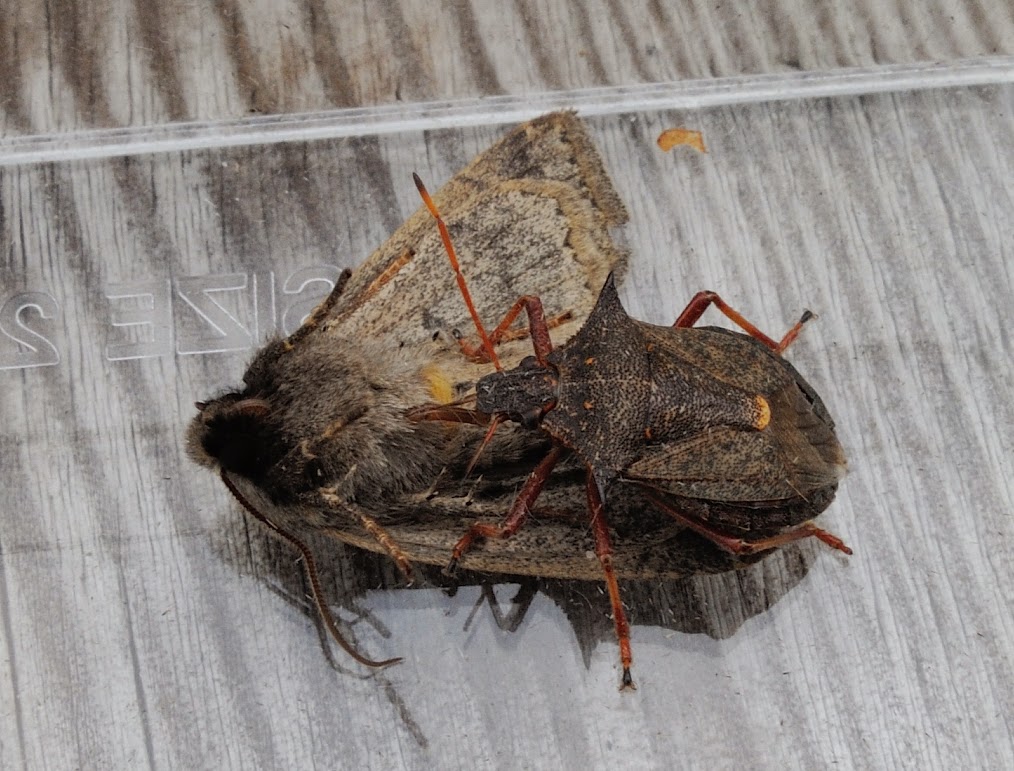 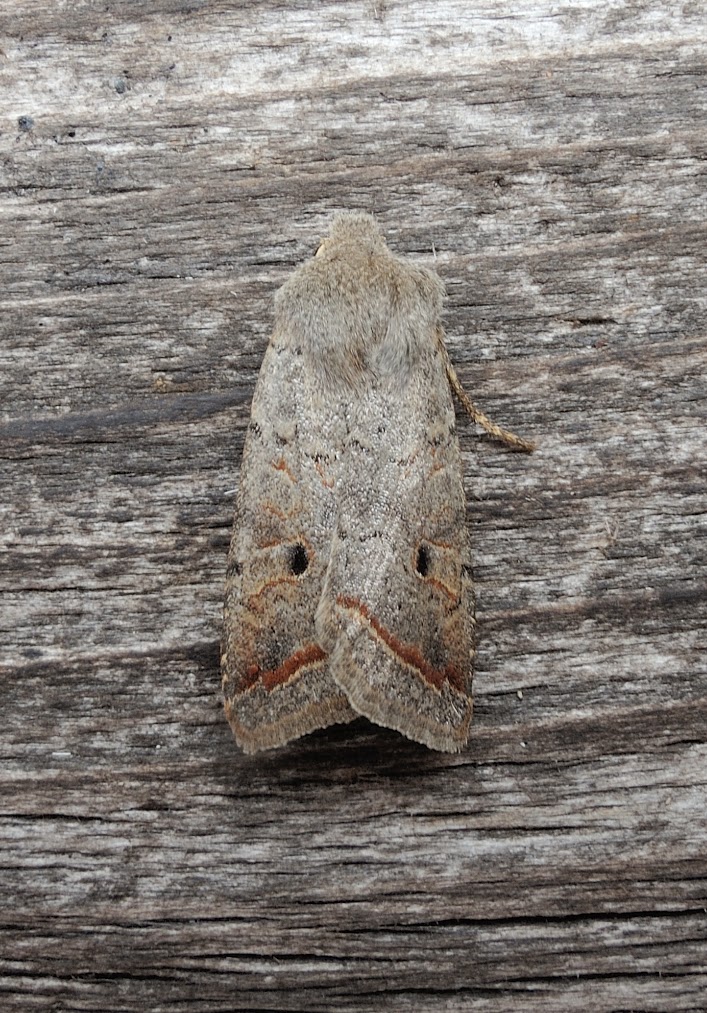 About 70 moths of 30 species (some still to ID) showed at two traps here last night, including two more FFY macros; 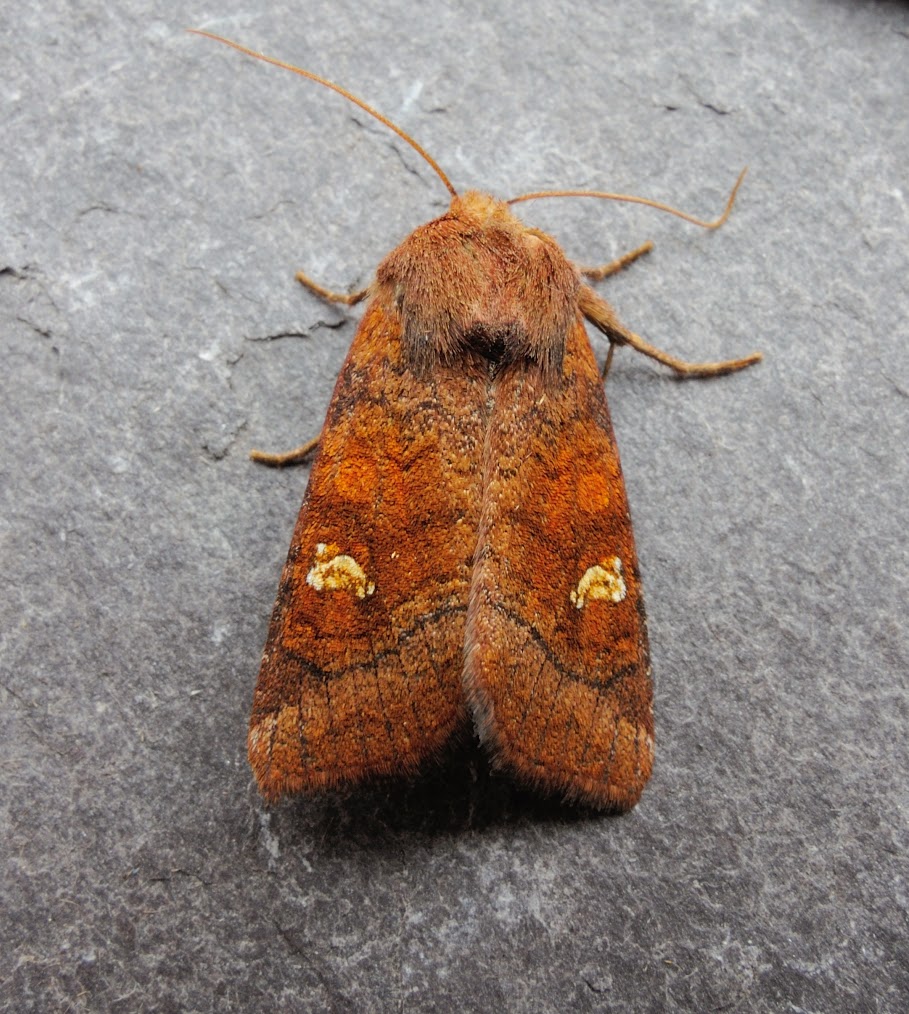 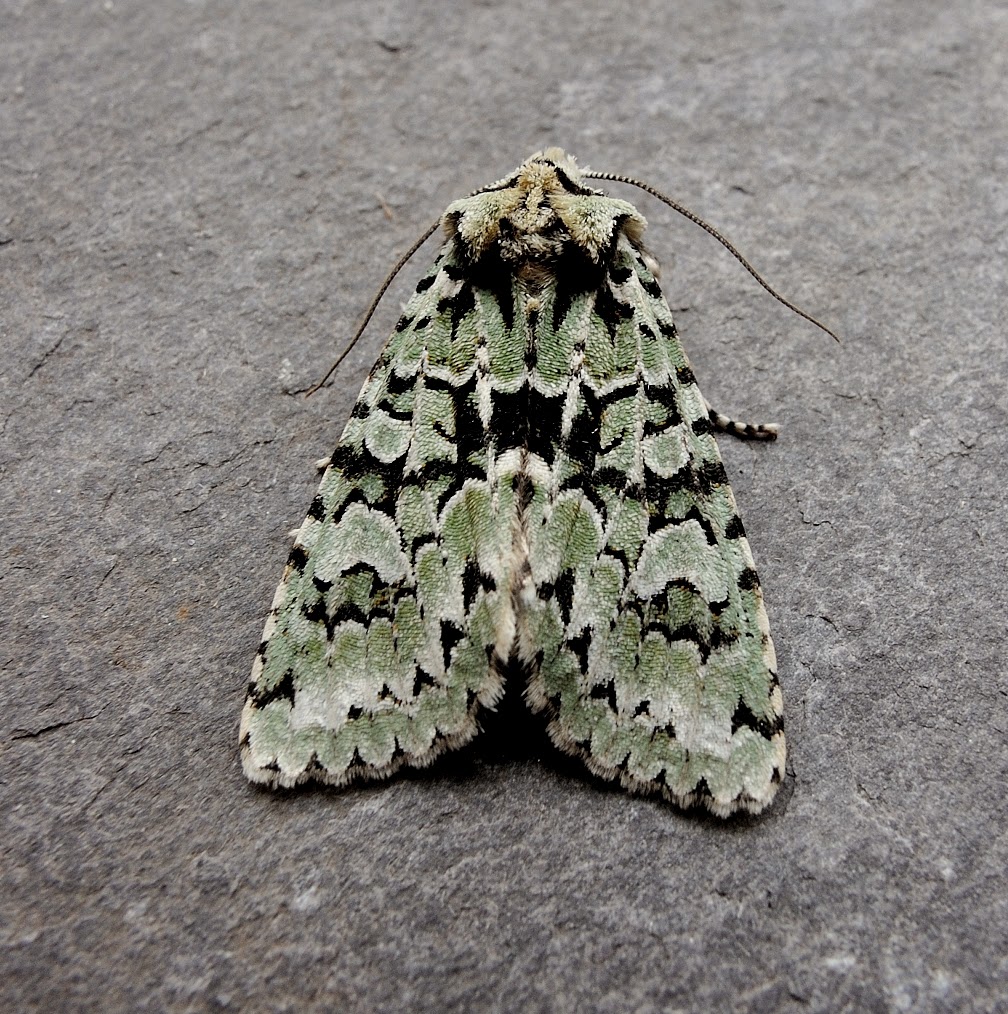 
Among a small number of micros was this one, which I think is 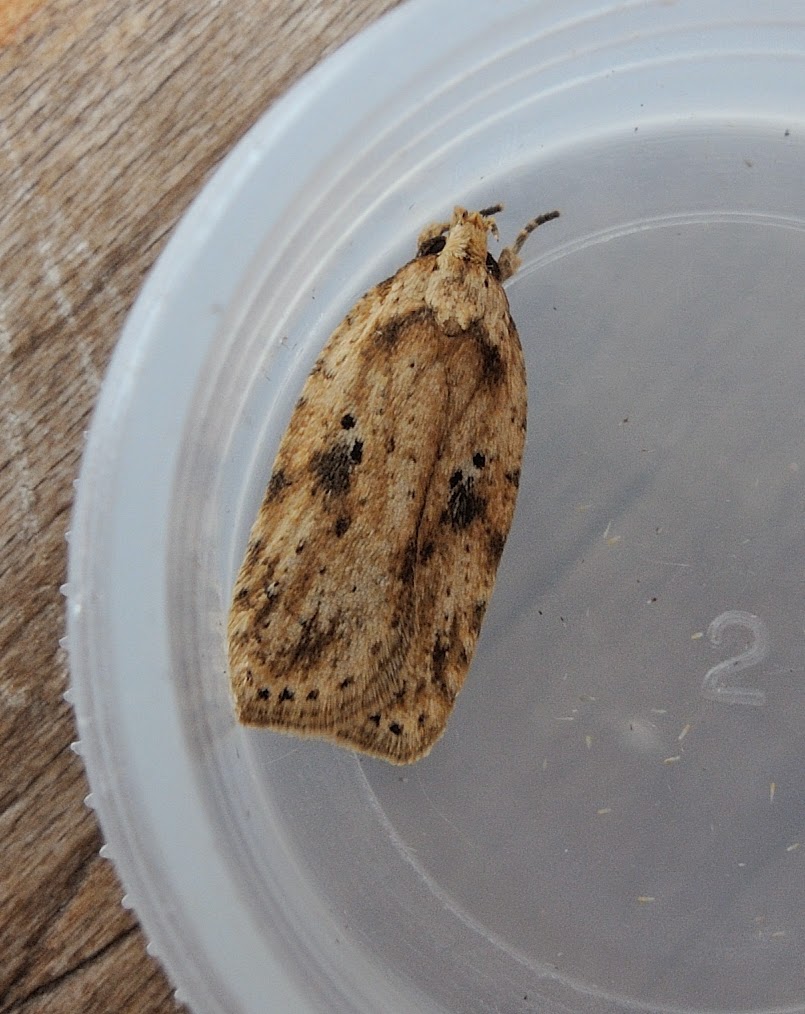 As always, happy to be corrected by our experts, including those who benefitted from the recent micro training course.