Mothing on the bog at Disgwylfa near Pontyberem.

Disgwylfa (literally `viewing-place`) is a farm on the northern slopes of Mynydd Sylen (near Pontyberem) and with extensive views over the Gwendraeth Valley seawards to Carmarthen Bay. About a decade or so ago, I had briefly visited a nice acidic basin mire as part of a Tir Cymen/Tir Gofal consultation and had intended to return to have a `proper look`. This afternoon, I did so, looking at the diverse plant assemblage and - of course - on the lookout for moths. The couple who farm the site have kindly invited me to trap at the bog, something that will certainly go on my `2015 site list`. 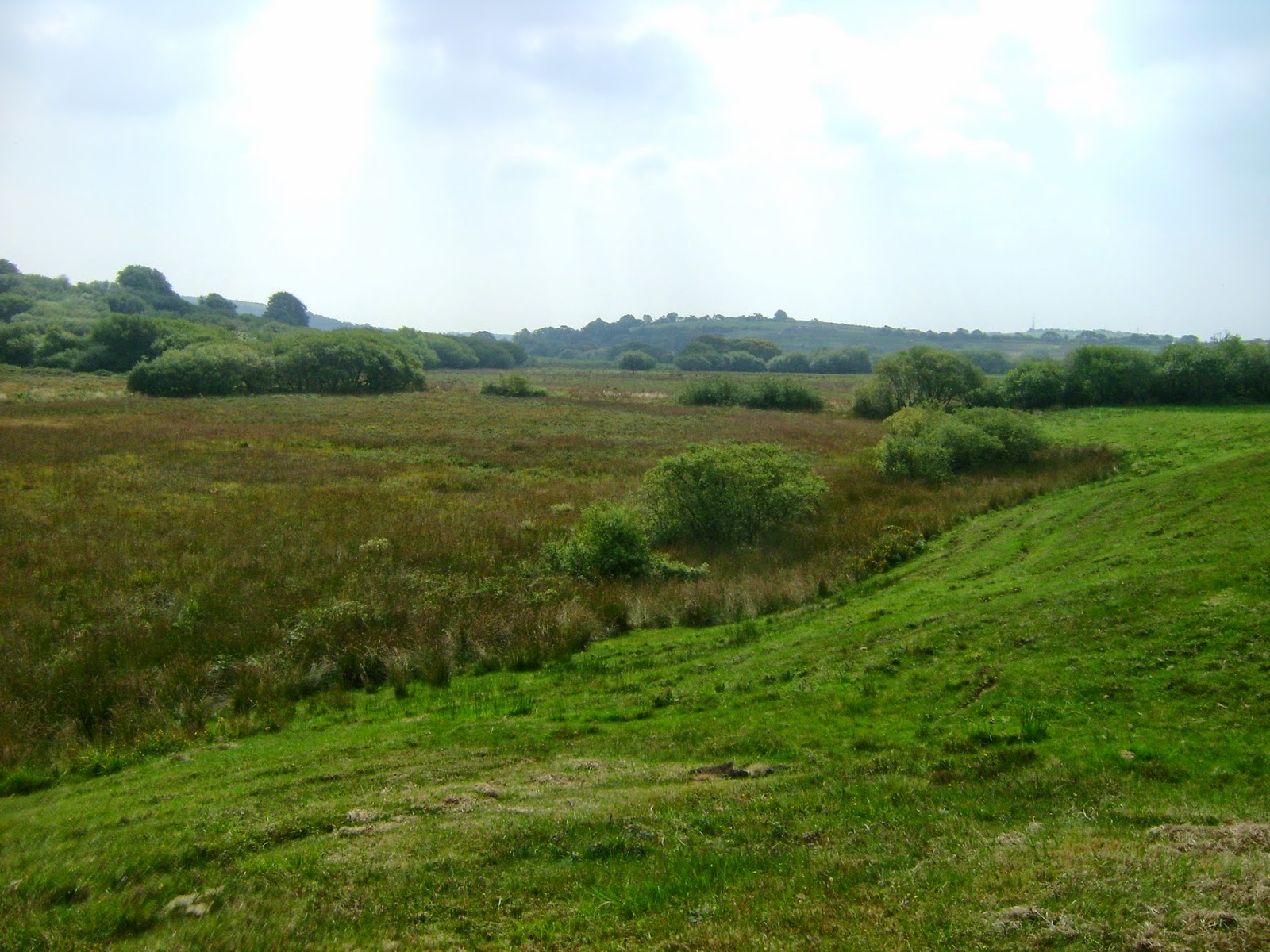 Above: part of the lovely basin mire at Disgwylfa, occupying a linear hollow, SN507088.

As well as keeping watch for any flying insects, some sweeping wit the net was carried out and several colourful caterpillars were found within an area of bog myrtle. I had hoped that the distinctive caterpillar would be something particular to bog habitat but the easily-identified caterpillar proved to be of the more widespread broom moth. 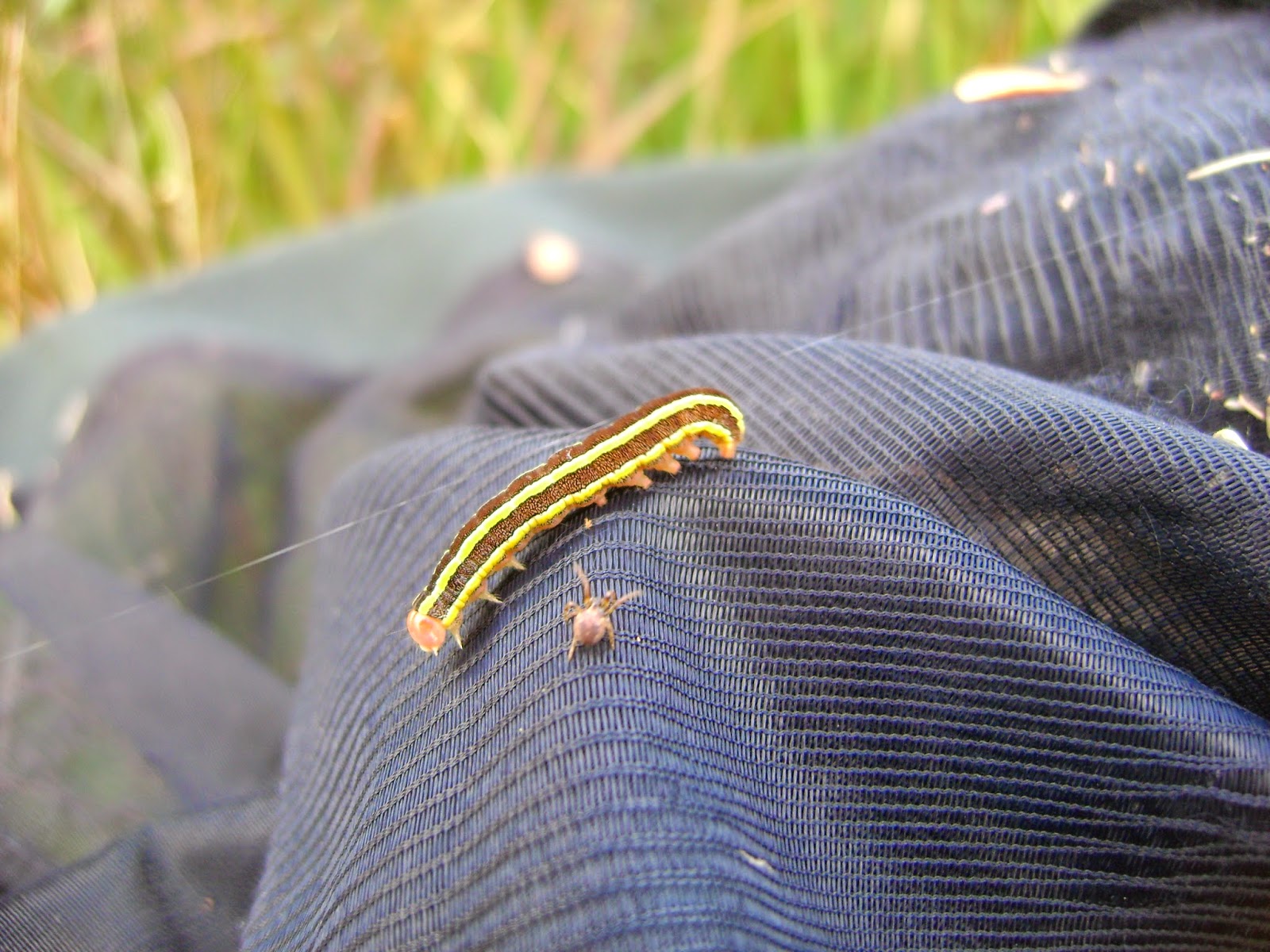 I also caught two micros - shown below. Help regarding their i/d will be appreciated as always - thanks. 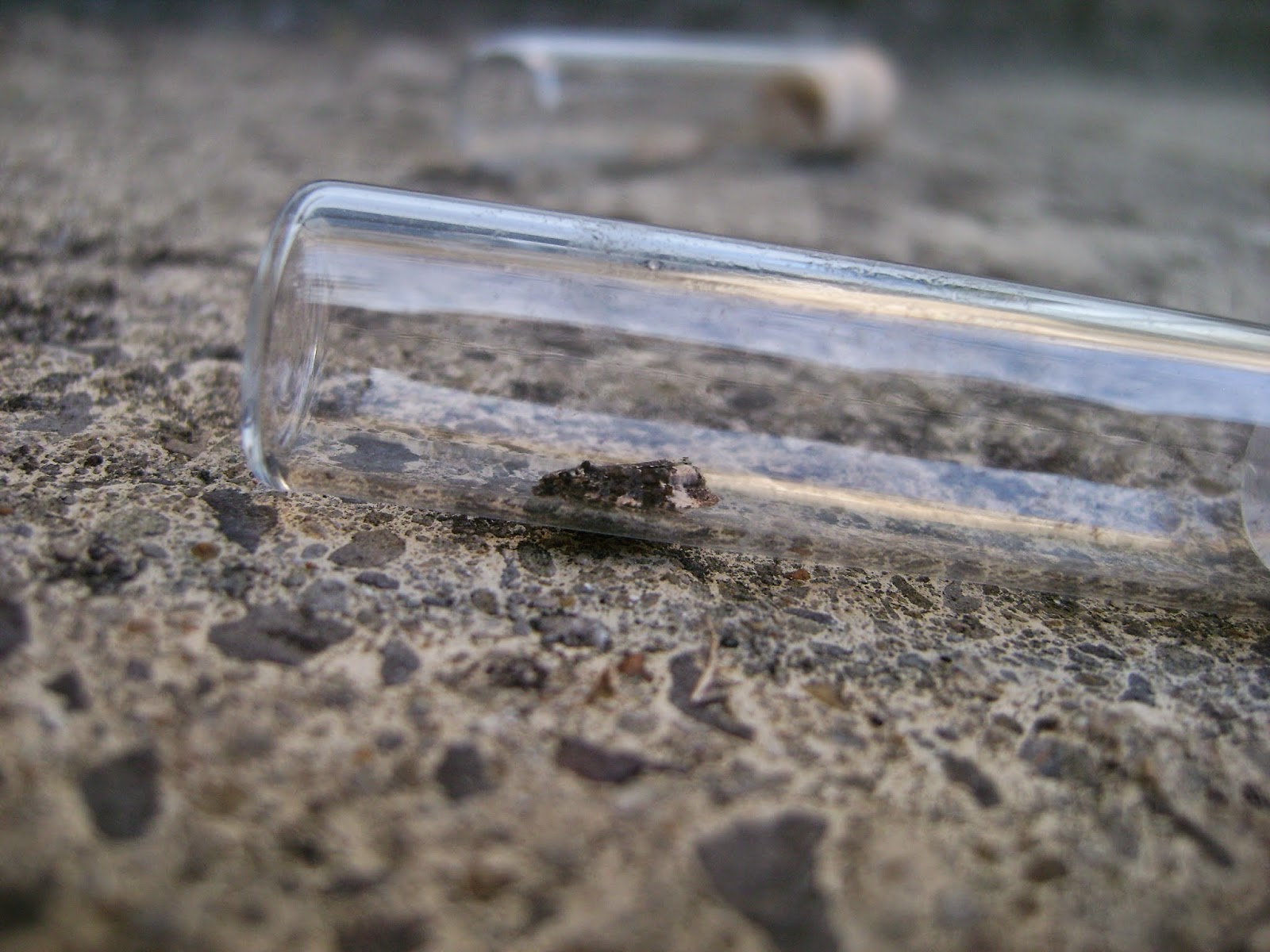 Above: what is this tortricid? Is it a Bactra sp. or Cydia succedana or what? Sorry about the photo quality.  (Bactra lancealana det SB)

On the way home, a brief stop was made at another bog S of Llwyn-teg, Llannon SN552078 - an extensive slightly domed bog, with rank heather and bog myrtle and awkward-to-traverse purple moor-grass tussocks.
Here, a ling pug caterpillar was spotted and leaf-mines of Bucculatrix cidarella found on bog myrtle. 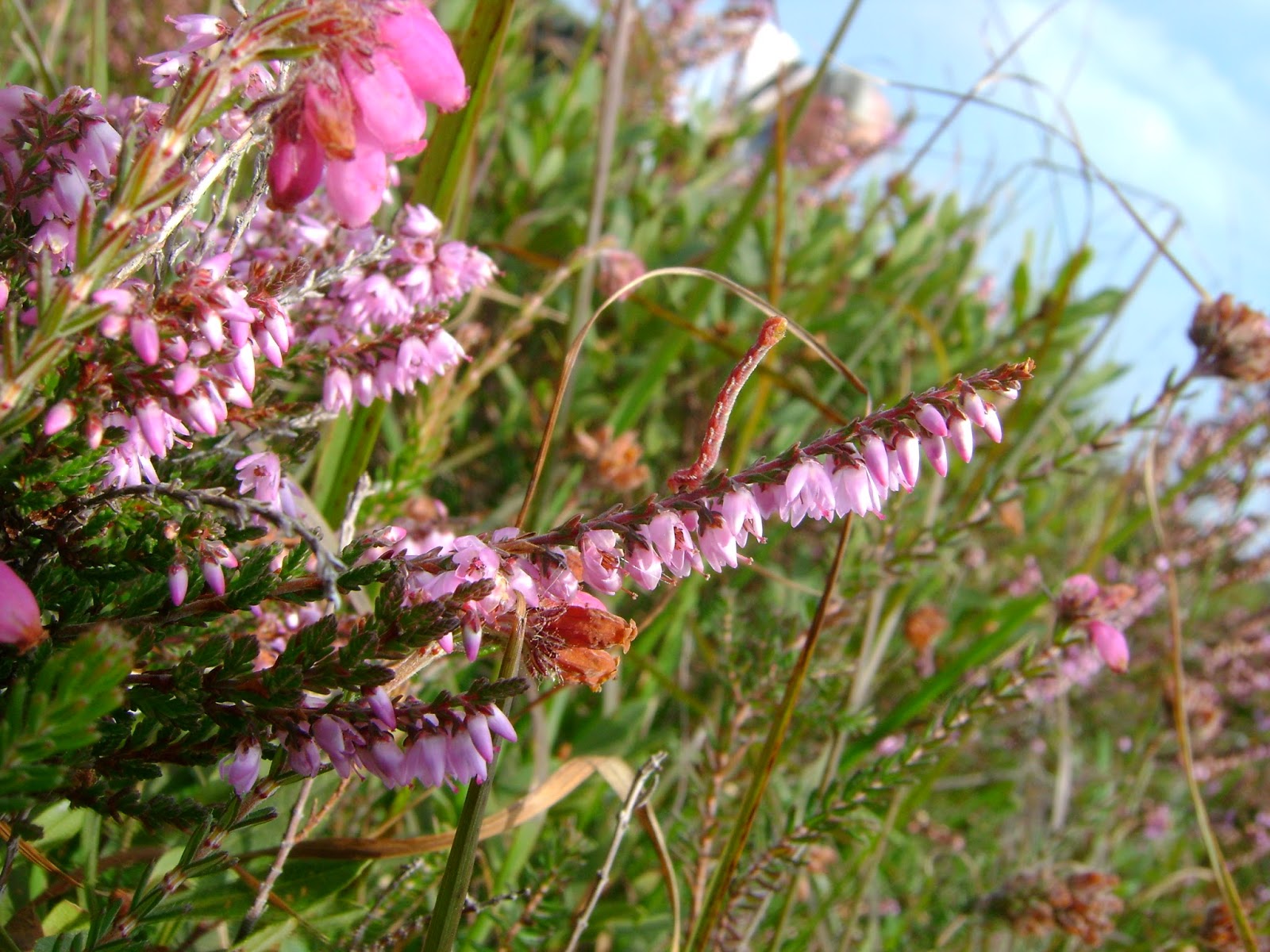 Above: a ling pug caterpillar on heather. 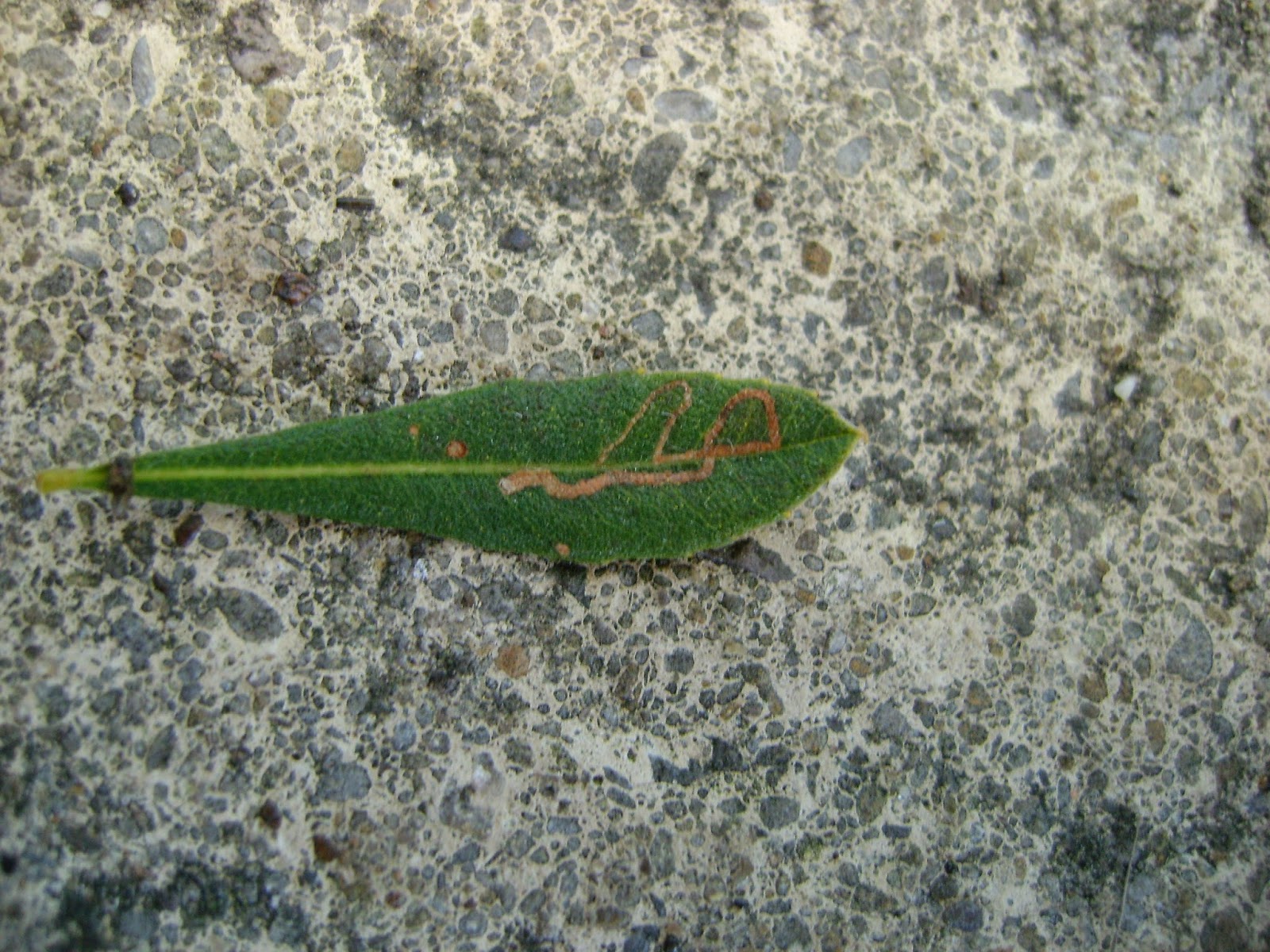 Finally, for those who have an interest in shieldbugs, a spiked shieldbug Picromerus bidens was caught on the heather at Llwyn-teg: 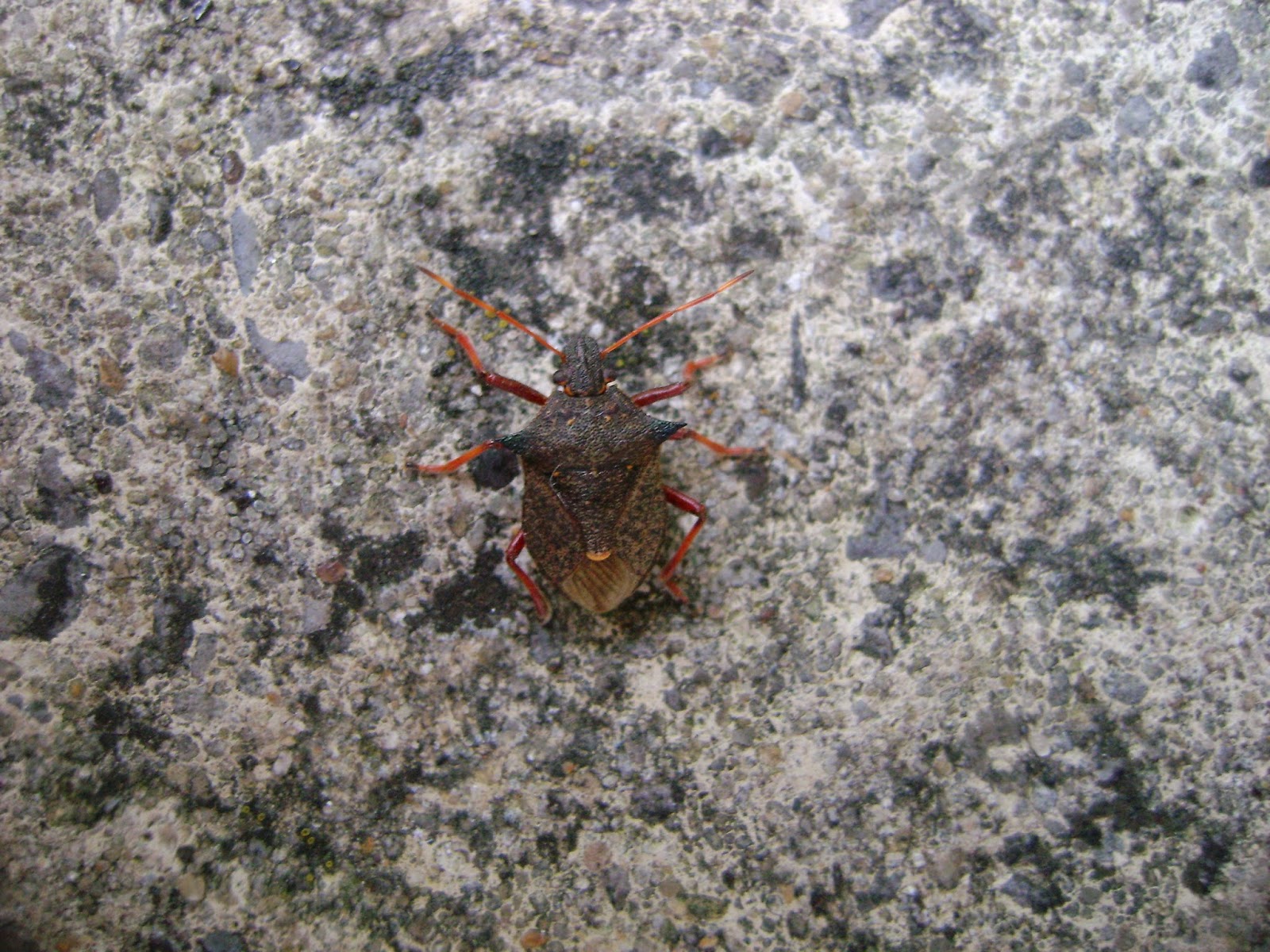