The weather looked good last night, so out went four overnight traps (all actinics) - two in my Pwll garden, one near the southern tip of the North Dock dune spit (Llanelli) and another under some wych elms in Stradey Woods.
The garden traps and the Stradey Woods trap were set up before dark, but the North Dock trap I placed out after meeting friends in the pub, at about 10.30pm. It was bit of a palaver, as I`d forgotten my torch and it was a 10 minute walk in the pitch dark (aided slightly by distant lights); I always put the trap out late (and collect early) at this urban site. The trap is quite safe, as only us moth`ers venture out that far into the gloom!
I`d hoped to catch feathered ranunculus at this North Dock site, but I was disappointed this morning when the only moth that made the effort worthwhile was an l-album wainscot, probably new for this individual site, plus a few commoner moths. My Stradey Woods trap was even worse - mostly common marbled carpets - an inauspicious start for some effort!
I returned home, collected in the two actinics (one on a flat roof, the other next to wet mixed woodland at the bottom of my garden), temporarily covered them over and went to have my breakfast. Suitably fed, out I went to check the catch - but was not expecting much, given the other two traps. I`m glad to say that I was wrong!
There was a good variety of autumn moths in the traps - for example, my FFY red-line quaker, FFY Blair`s shoulder-knot, large wainscot, flounced chestnut, several large ranunculus, autumnal rustics, and several of the sallow family - centre-barred, pink-barred, the sallow itself and -best of all- an orange sallow, a new moth for me (and one I`ve been after for years). From memory, Jon Baker reared one from a caterpillar that he`d collected from a lime tree at Green Castle Woods SW of Carmarthen and Keith Williams caught one at Gelli Aur (where there is a mature avenue of limes)  -and I`ve tried unsuccessfully at a avenue of limes on the Stradey Estate. I suspect that my individual below may be a wanderer from limes on the nearby Cilymaenllwyd Estate, Pwll. 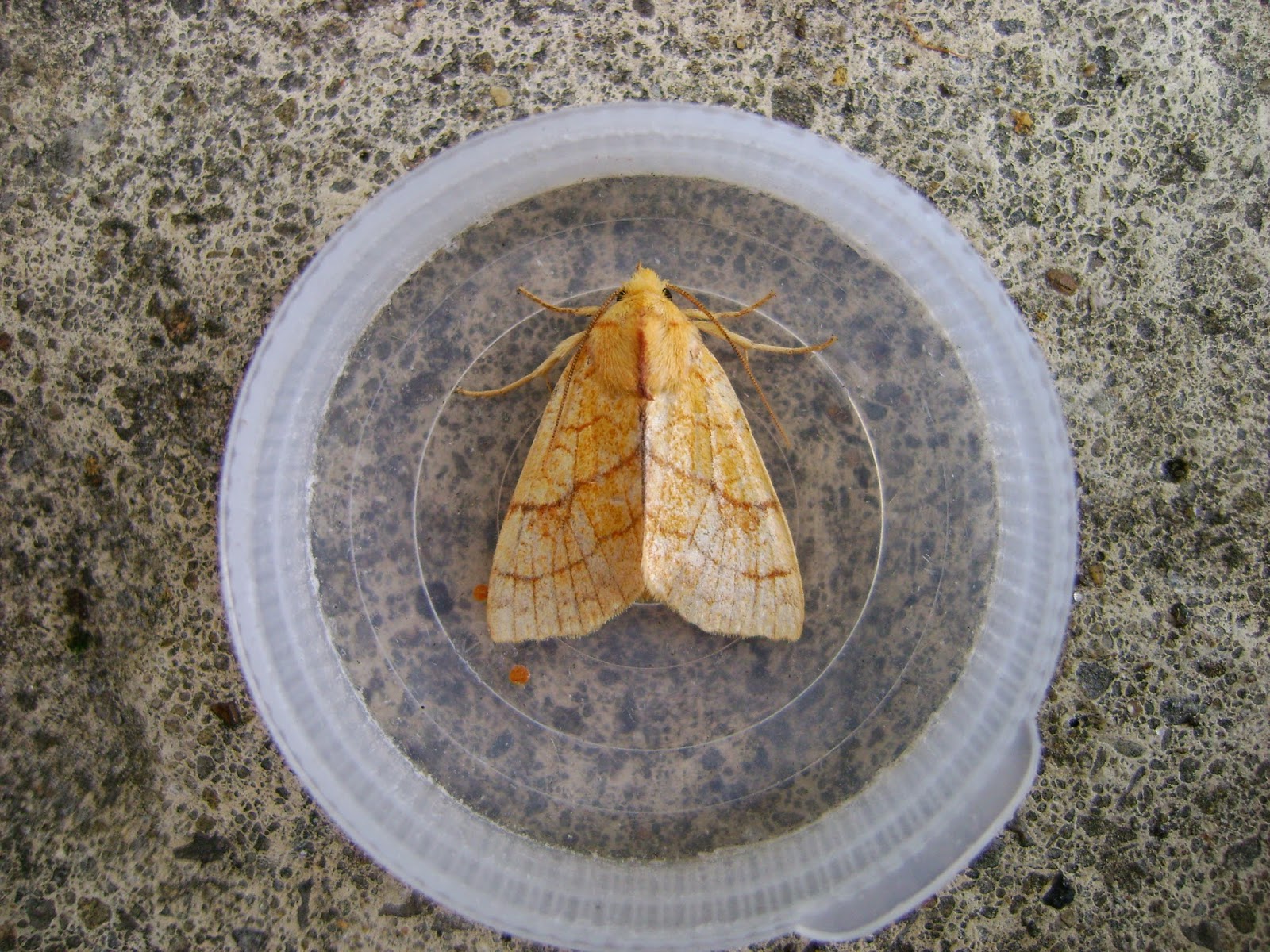 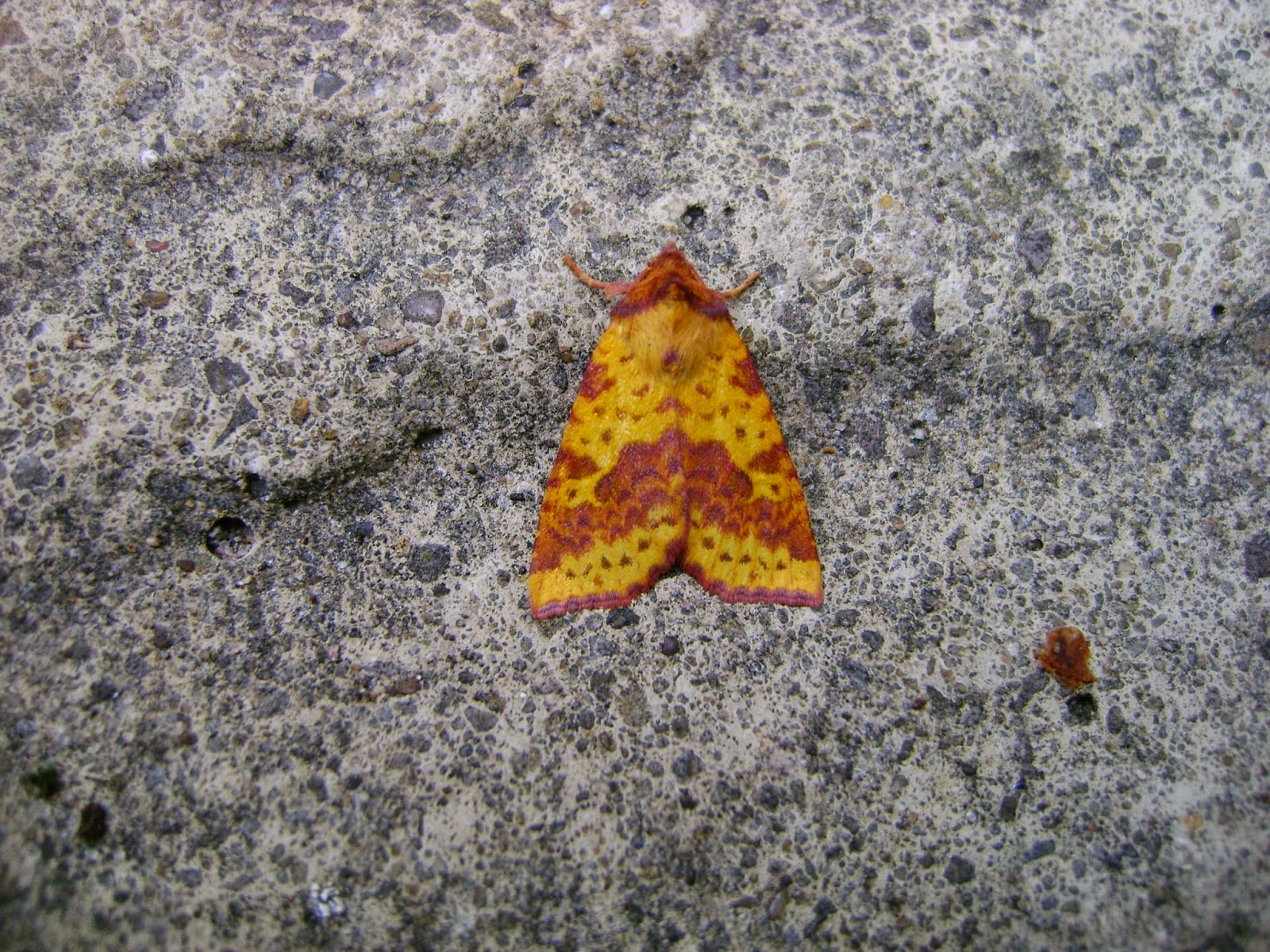 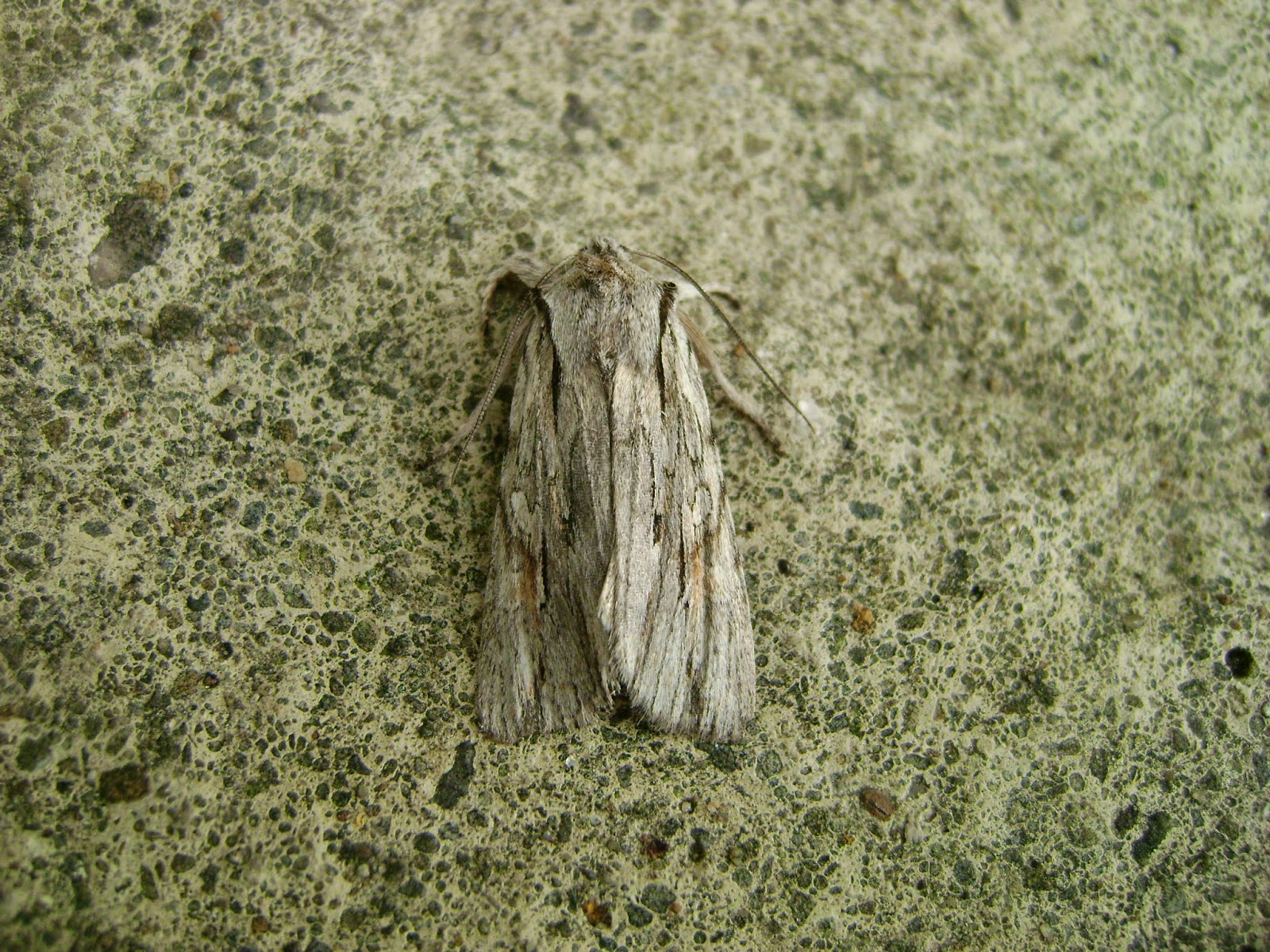 Going through the catch, I noticed another delicate - a different, slightly smaller and paler individual to my catch of the previous night (the latter also had a slightly torn corner to its wing) - it was pleasing to have second one of this classic migrant. 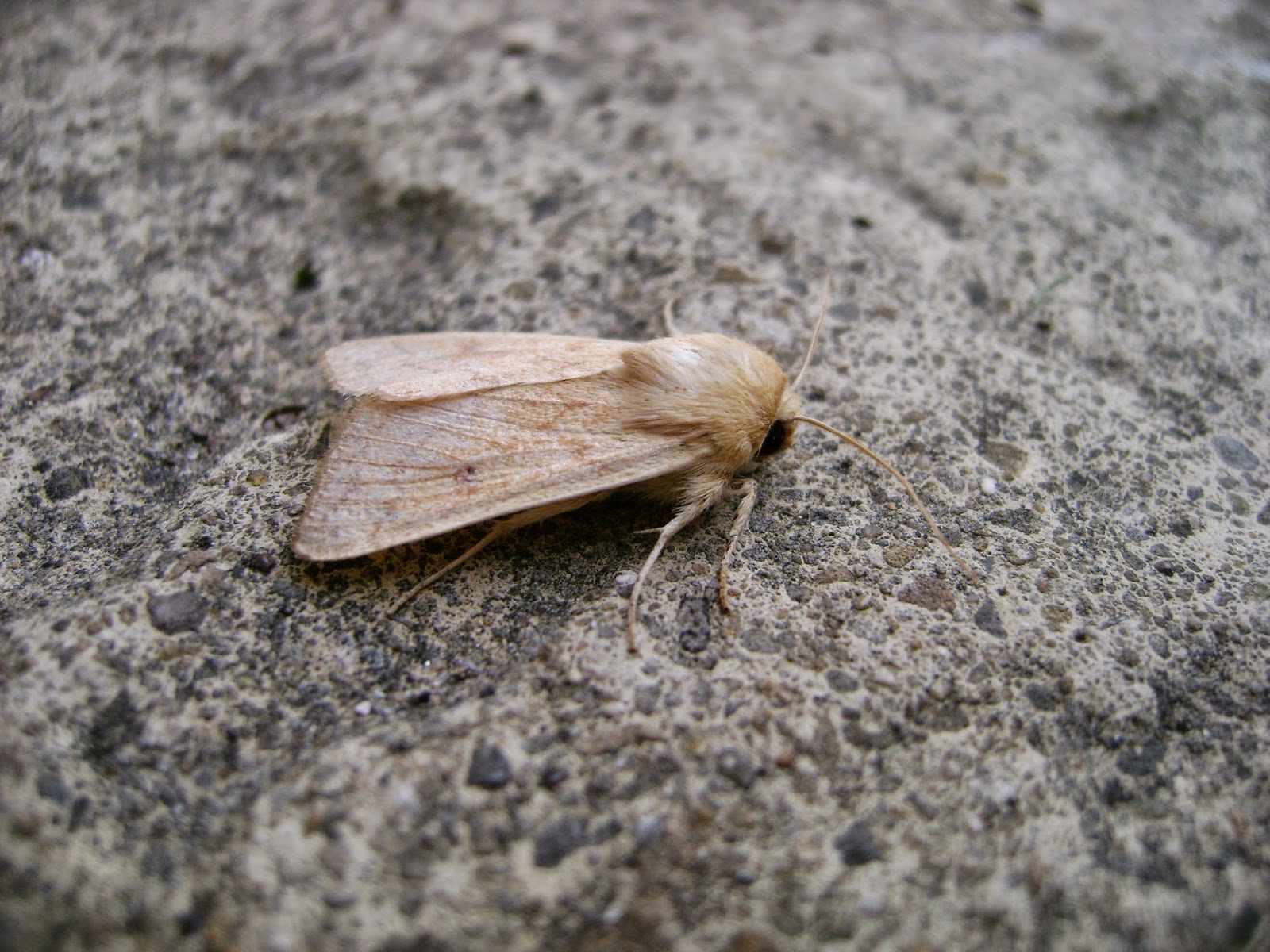 Above: my second delicate.

The best was in store - I had noticed a pale noctuid and momentarily thought it was a worn moth but, a second or so later, then realised that it was another `pal from the past` (particularly from that good migrant year of 2006) - a scarce bordered straw - which was especially satisfying as this species was my first moth new county record back in the late 1980s, when I caught one at Llwynhendy. 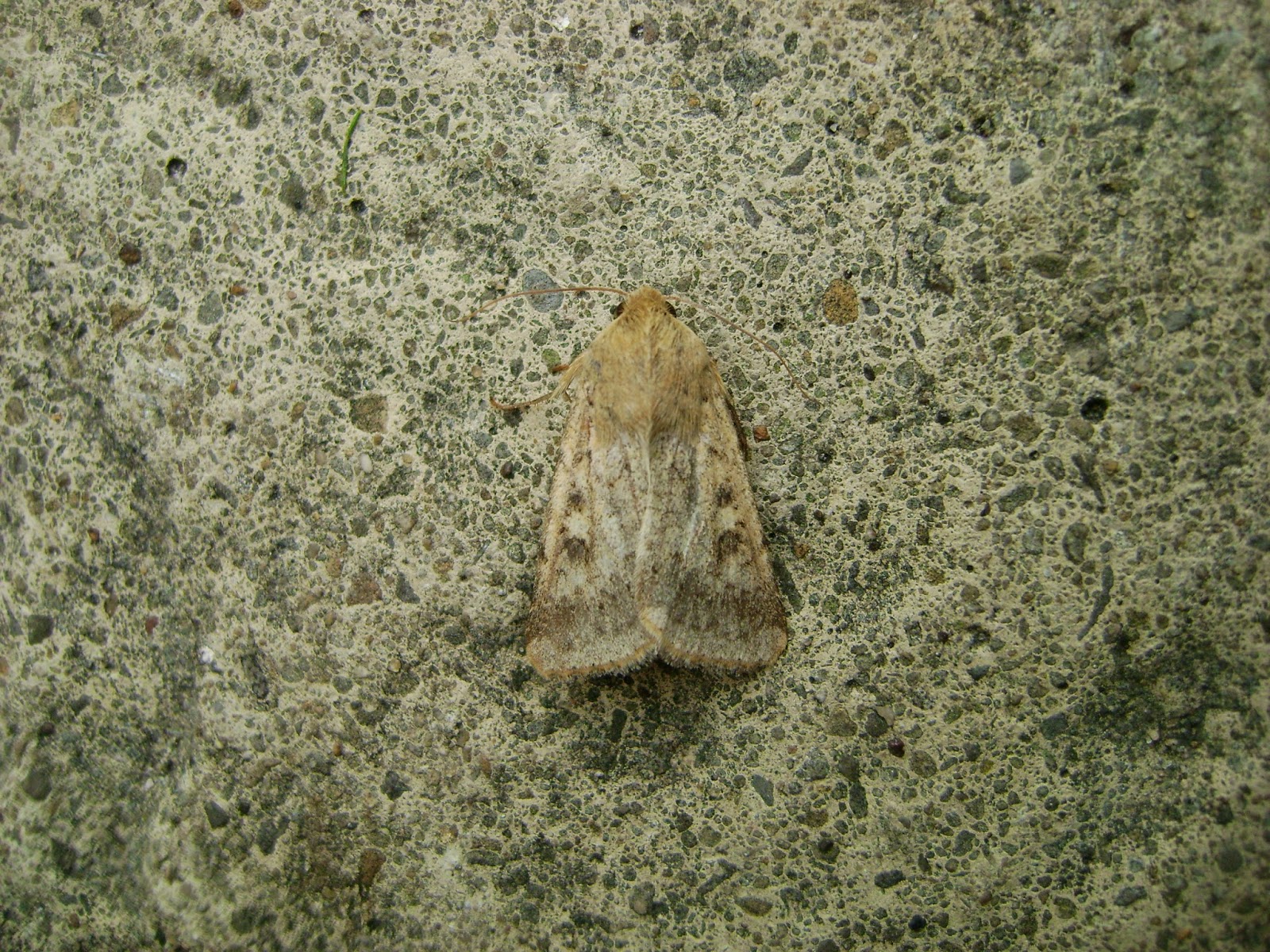 Above and below: scarce bordered straw. 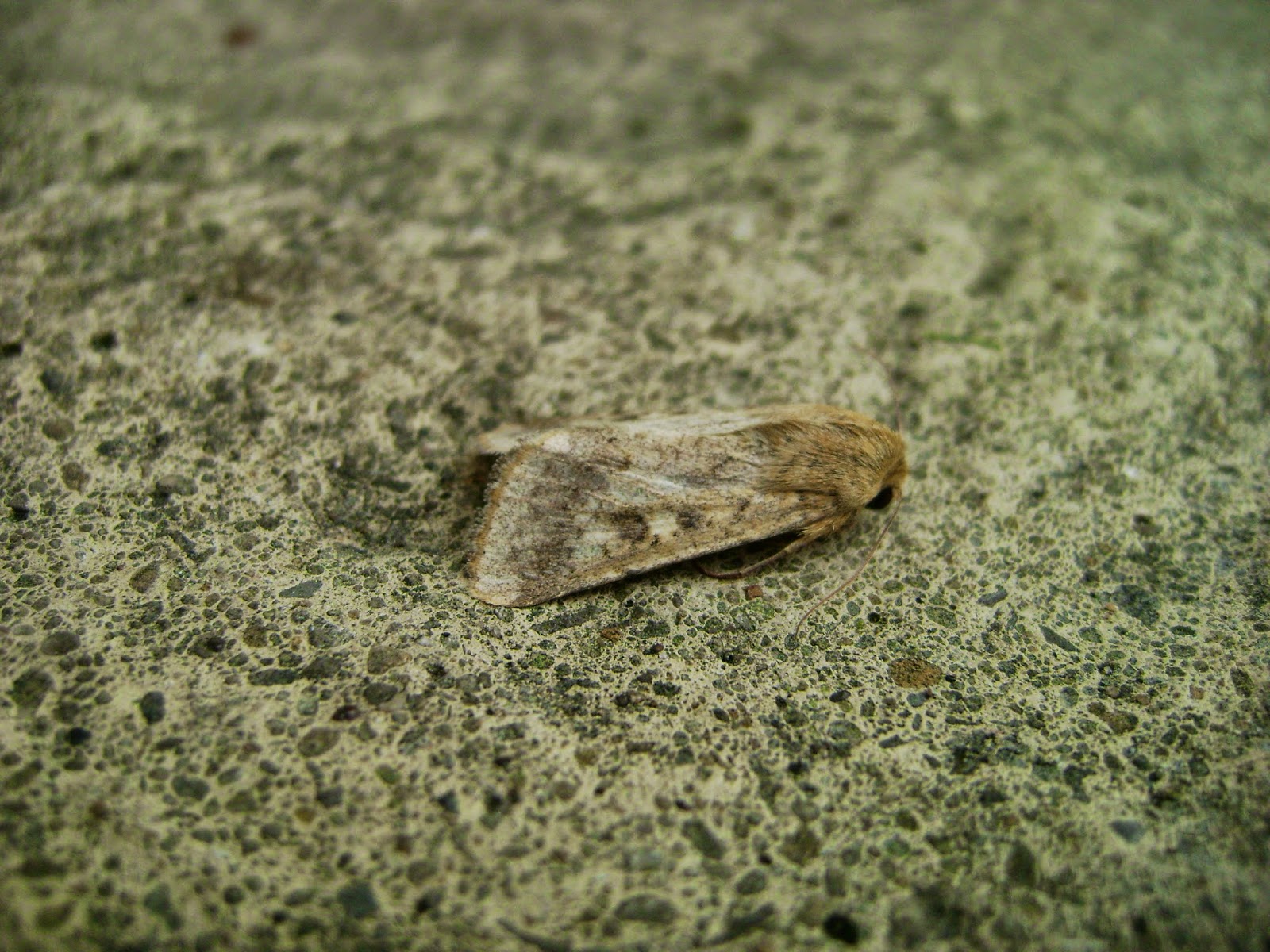 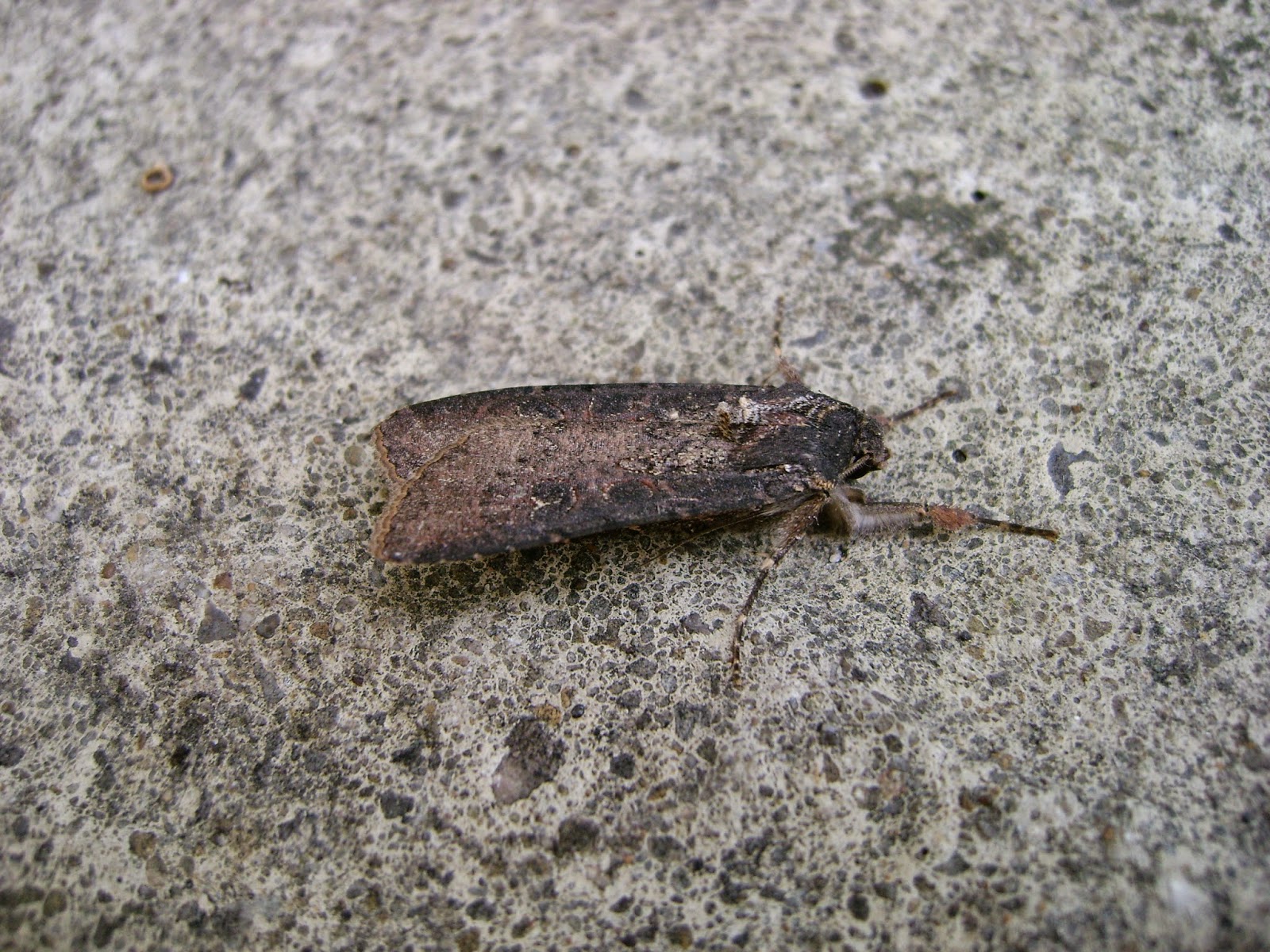 I also caught the colourful little micro, Tinea semifulvella, which is said to feed on detritus in old birds` nests. 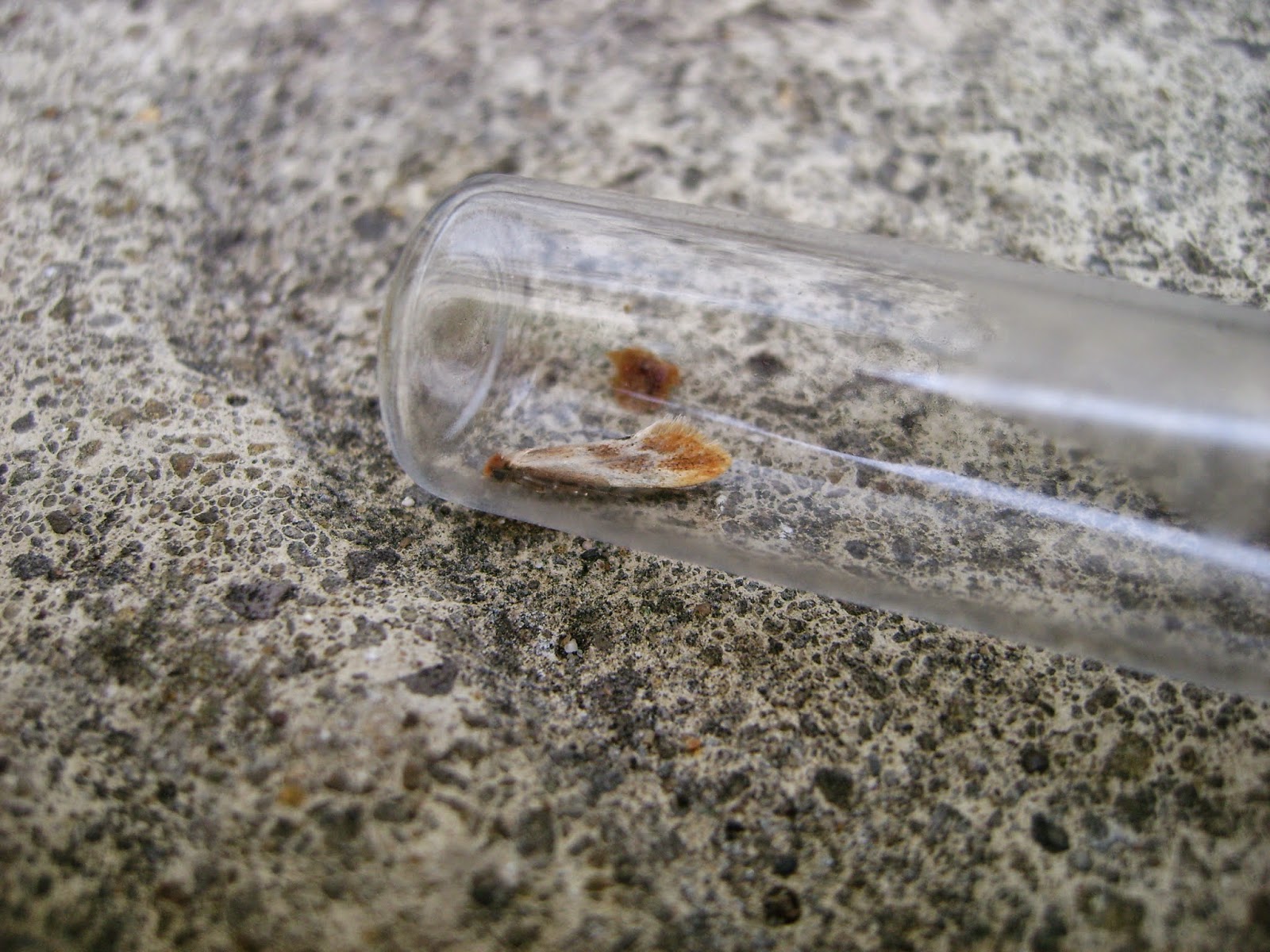 The weather (as already highlighted by Barry Stewart) looks suitable tonight and possibly tomorrow night too - it will be worth others also trying for some migrants. Good luck!
Posted by Ian Morgan