Ffos Las and other sightings

For various reasons, I haven't had an opportunity to download photos from the camera for about 3 weeks, hence my delayed blog posted earlier this afternoon and this one covering several weeks of sightings.  This time delay has certainly shown that autumn is well on the way in terms of numbers of butterfly seen on my regular walks around Ffos Las as I only saw 4 common blue and 1small heath butterfly this afternoon (21.9.14) with glorious sunshine and just a gentle breeze which would have been ideal butterfly weather only a month ago. 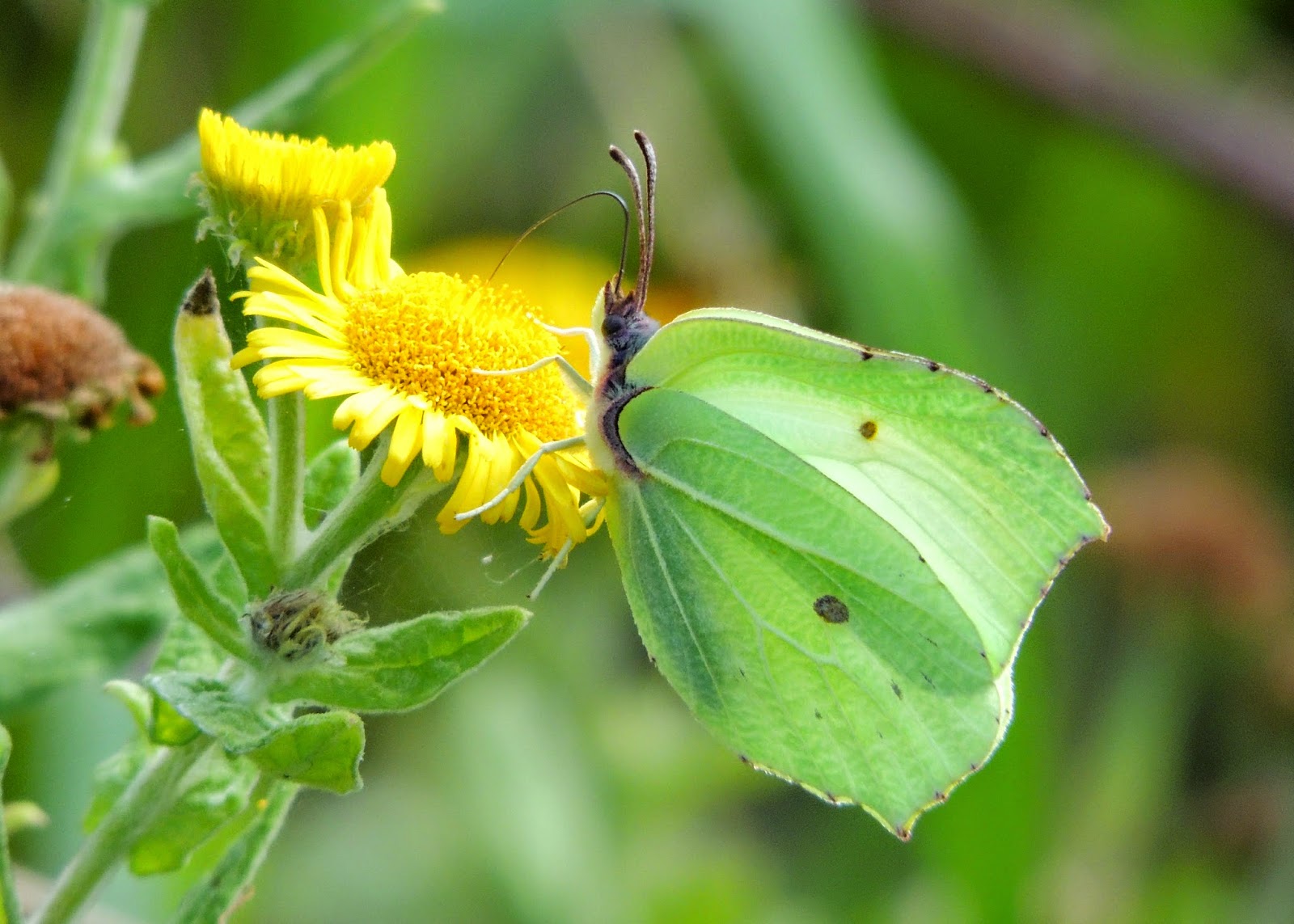 Brimstone feeding on common fleabane, a flower favoured by the clouded yellows too.  This photo was taken 2.9.2014 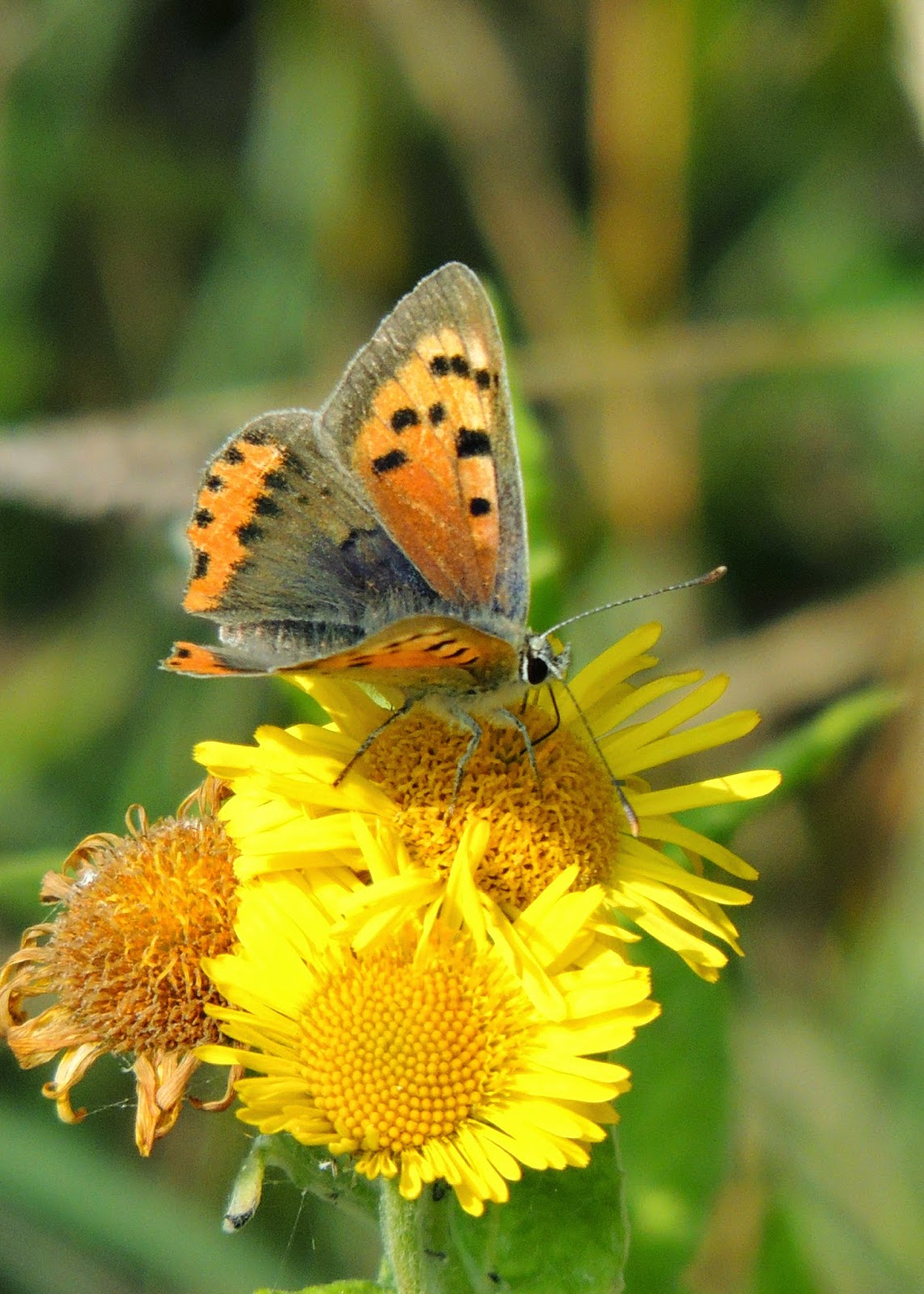 A small copper taken 3.9.14 also on common fleabane.  This was my third small copper of the year which was very pleasing as the previous one was in 2011. 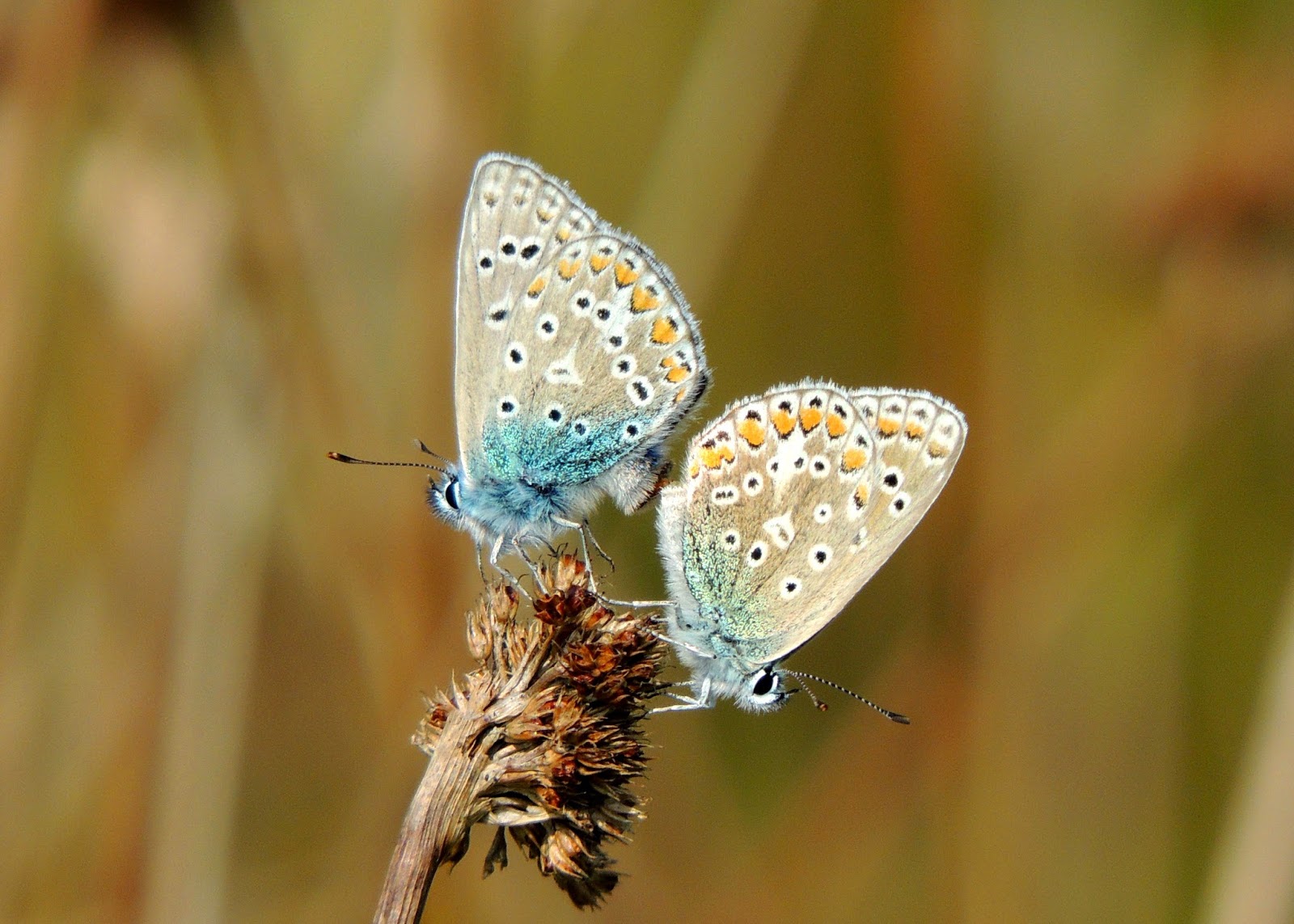 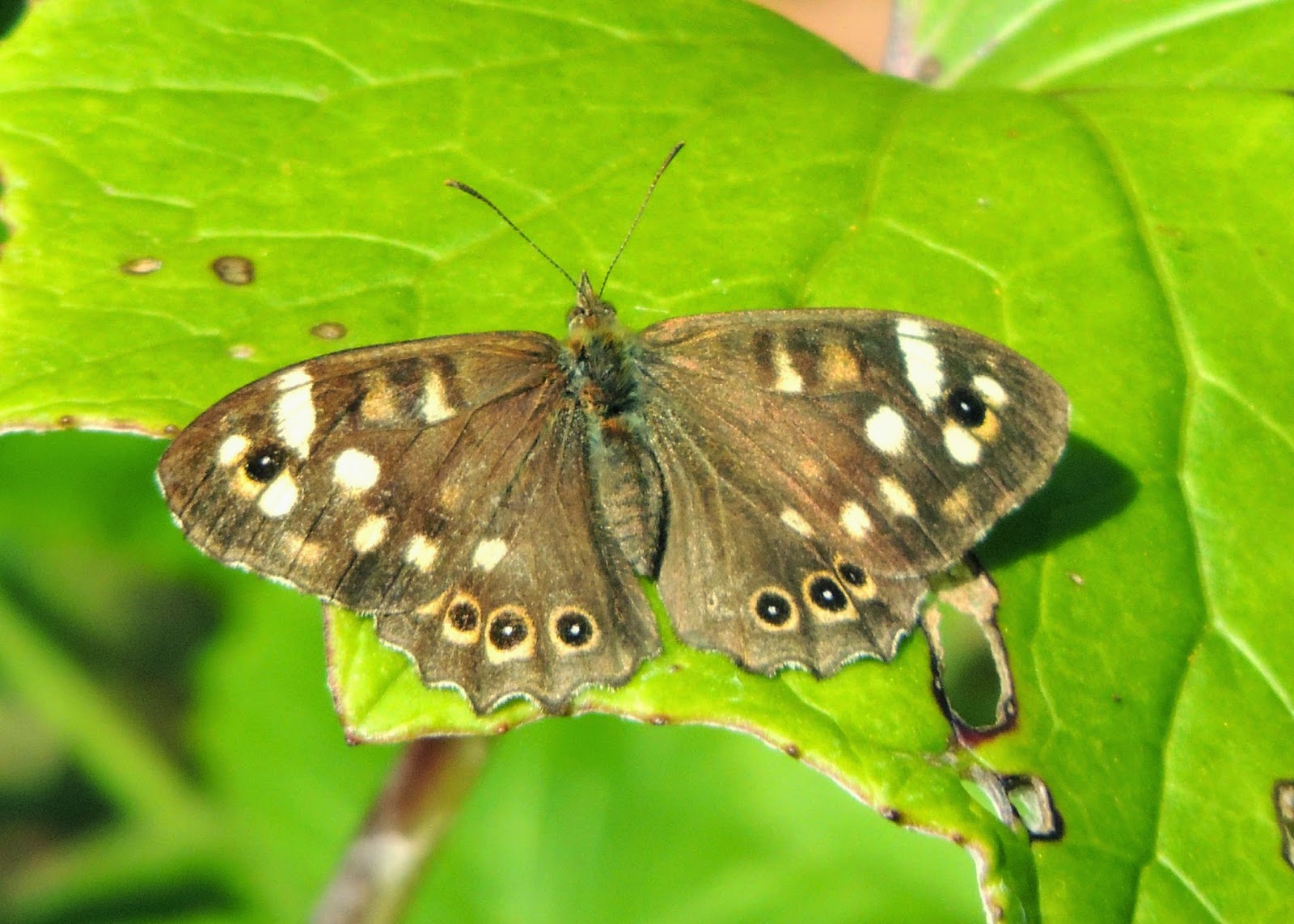 Speckled woods have been plentiful on Ffos Las until the past week or so when all butterfly numbers have crashed.  This was taken 10.9.14 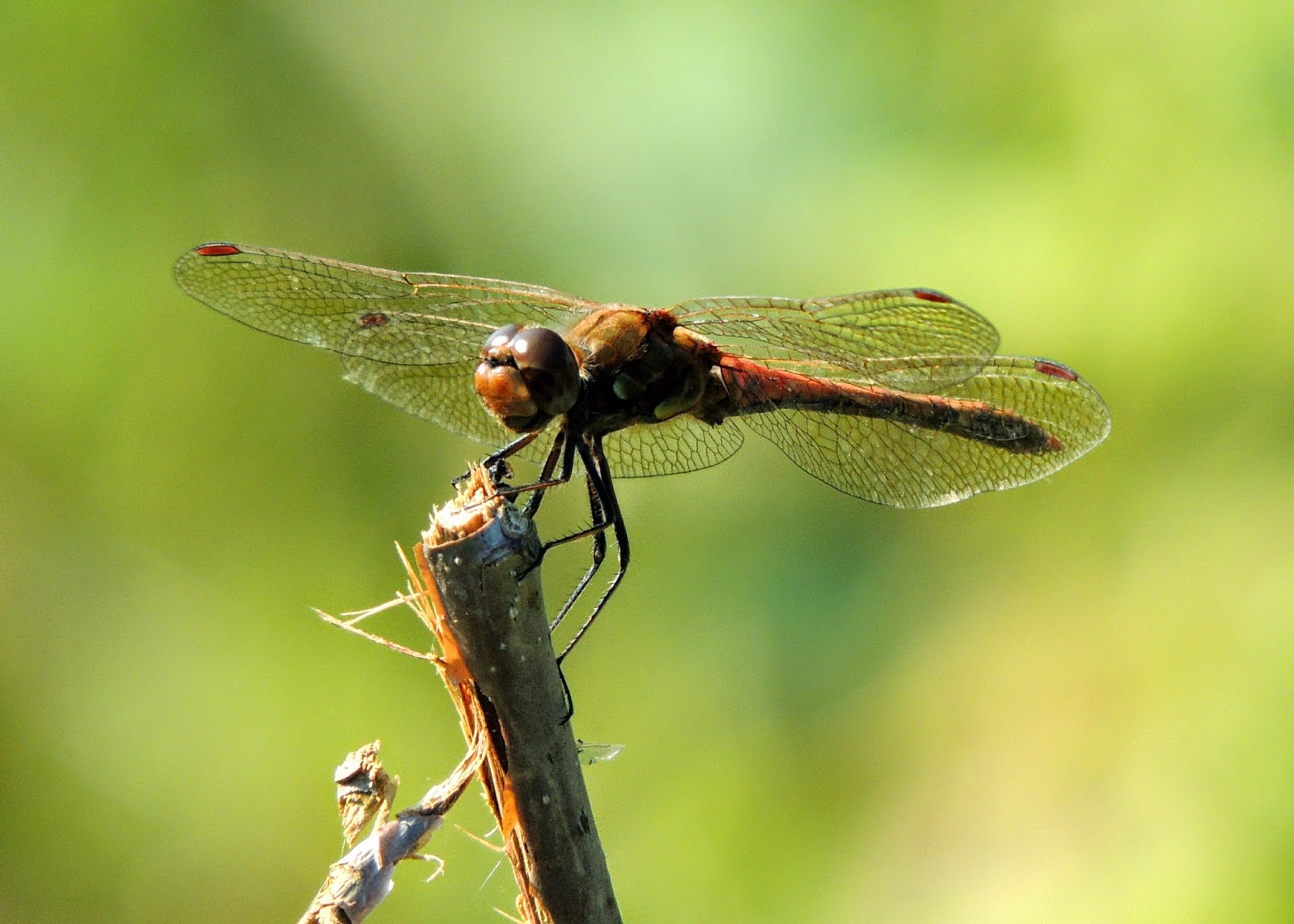 Common darters are present in large numbers on Ffos Las at the moment.  This is a male taken 10.9.2014. 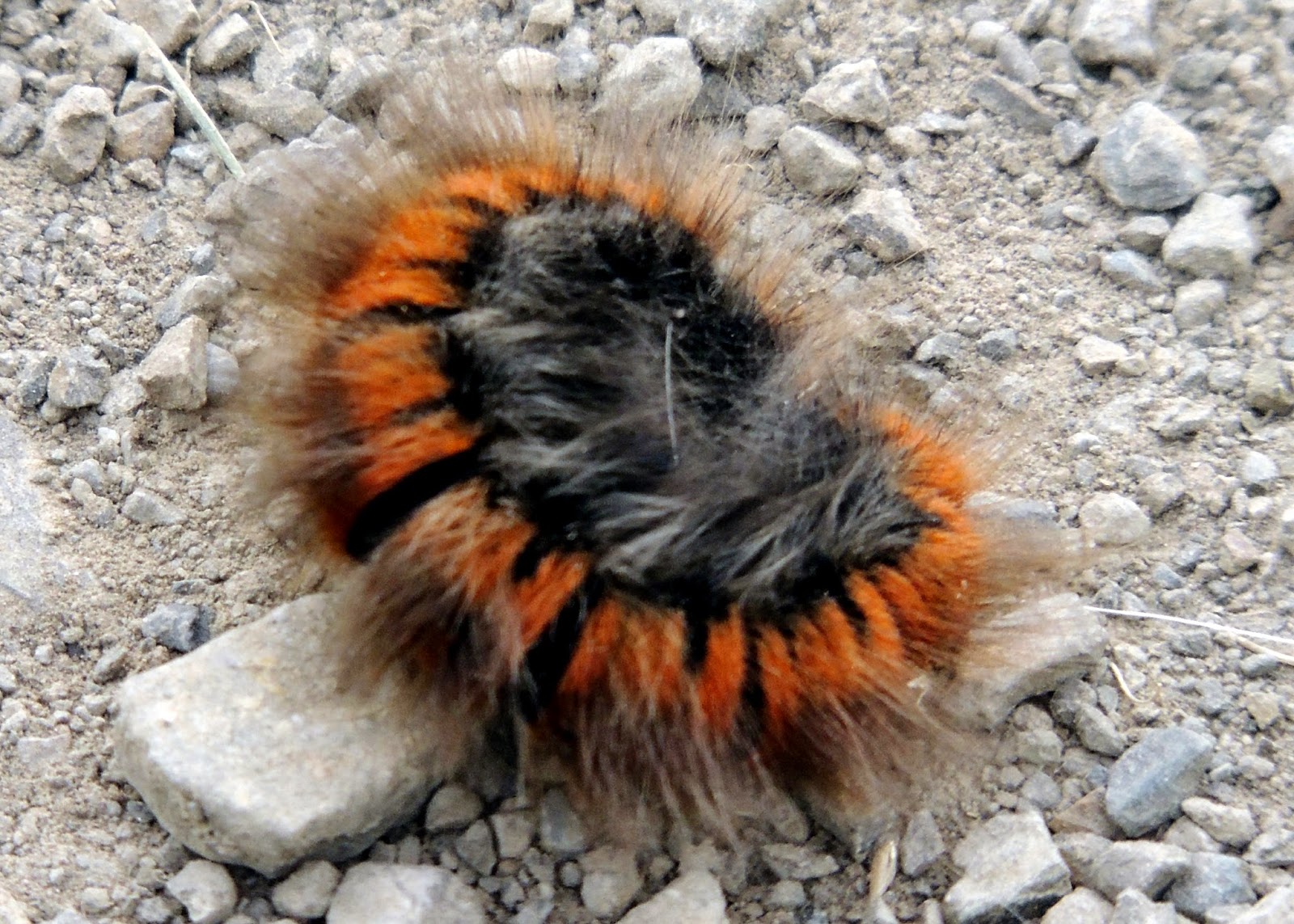 A fox moth caterpillar taken 16.9 which was fortunate to survive my daughter's exuberant 10 month old collie who tried to get between the camera and the larva and only just avoided sitting on it!!
﻿ 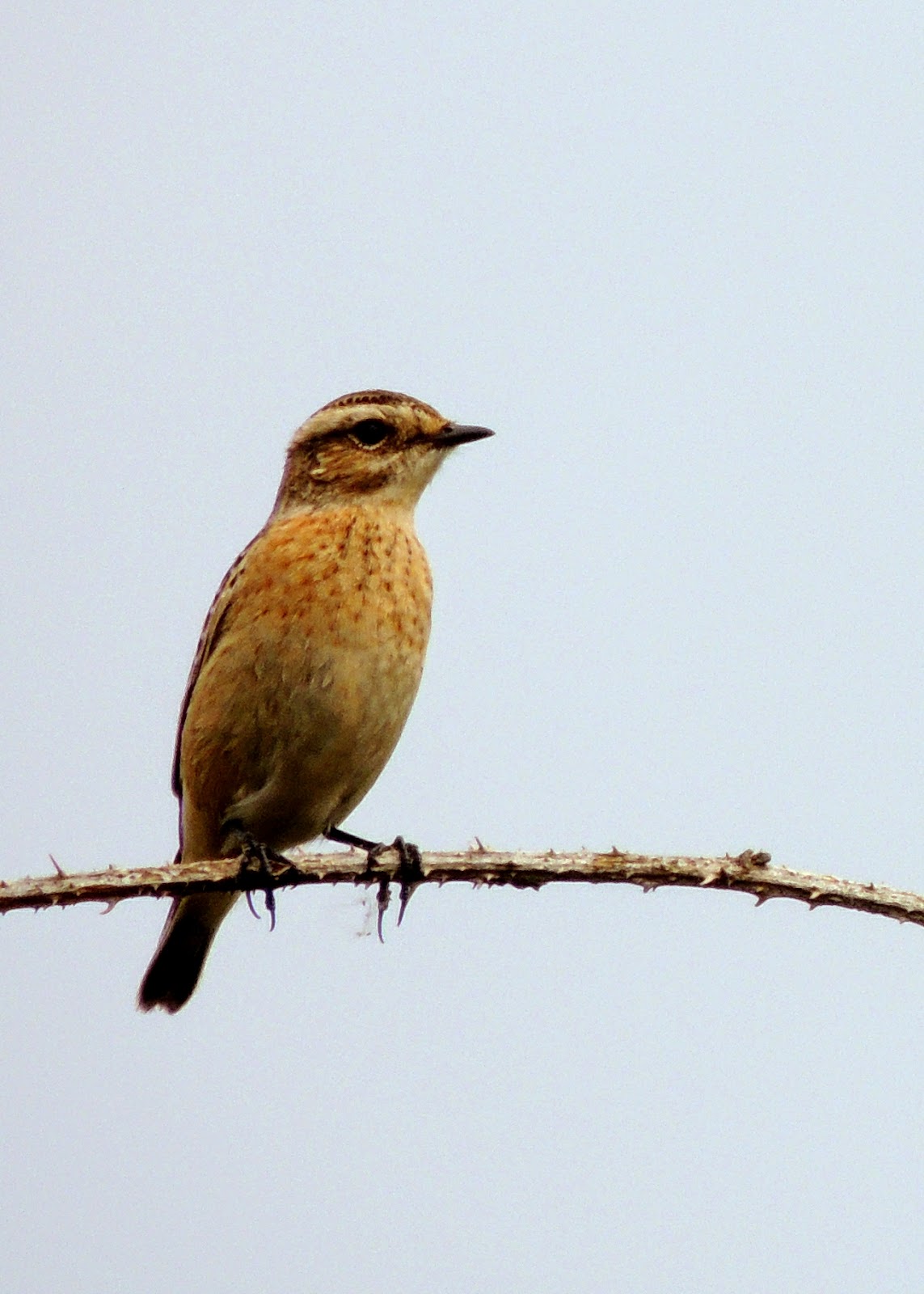 The migratory birds are getting ready to fly south. The sedge warblers bred on Ffos Las this year but they have been silent for the past few weeks now that the breeding season is over. 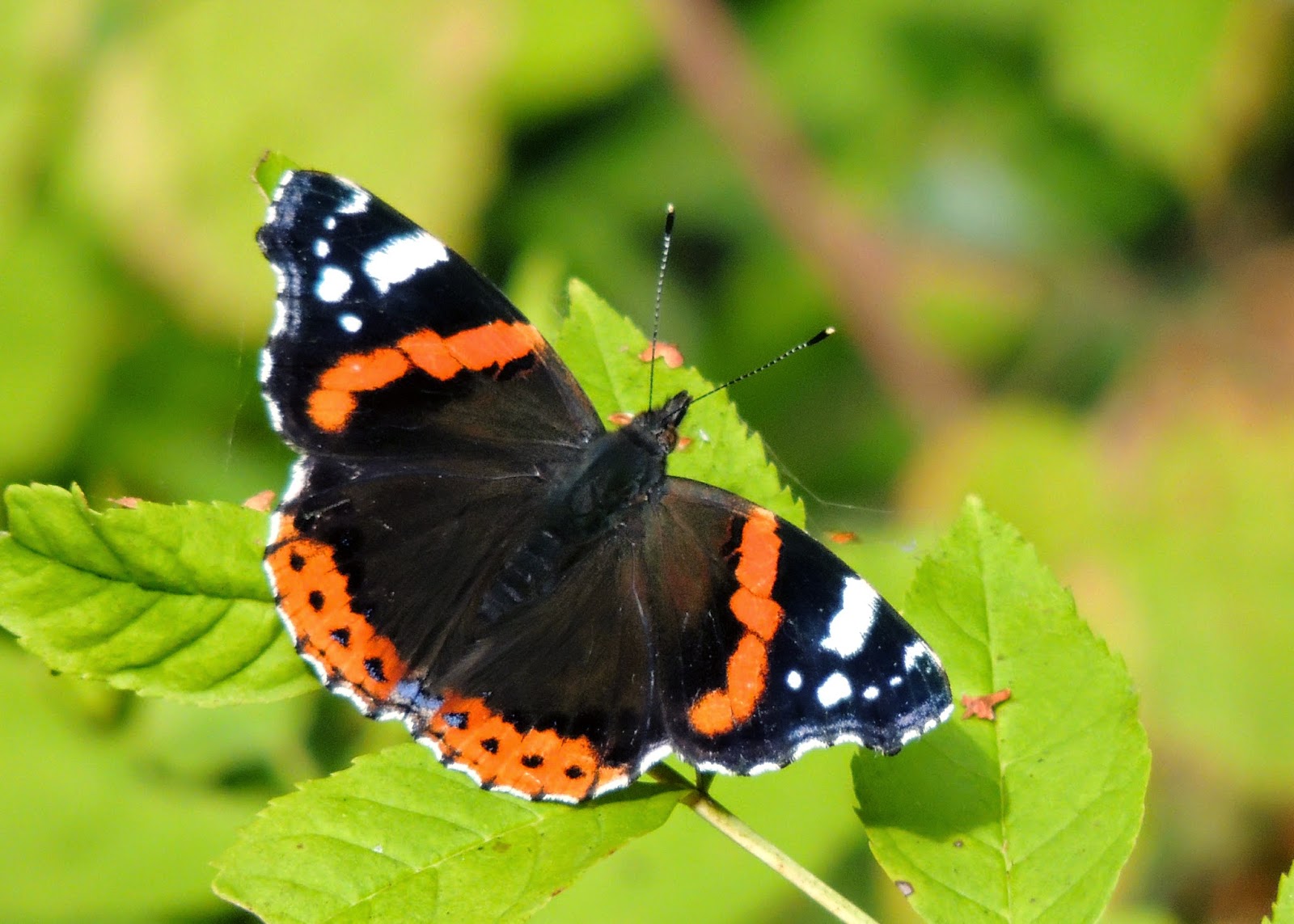 This has been a good year for red admirals and there are still several individuals who look to be in good condition.  This was taken 17.8.9.2014 This robin's pincushion gall was taken along the northern section of the bridleways circuit around Ffos Las.  There were 2 large galls on one rose and a smaller one a few yards away.  I wish to thank the hard work of CCC Rangers who cleared this section of the walk a couple of weeks ago and Dave Bannister and Colin Jones whom I've taken round the circuit wouldn't recognise the track now from its previous badly overgrown state. 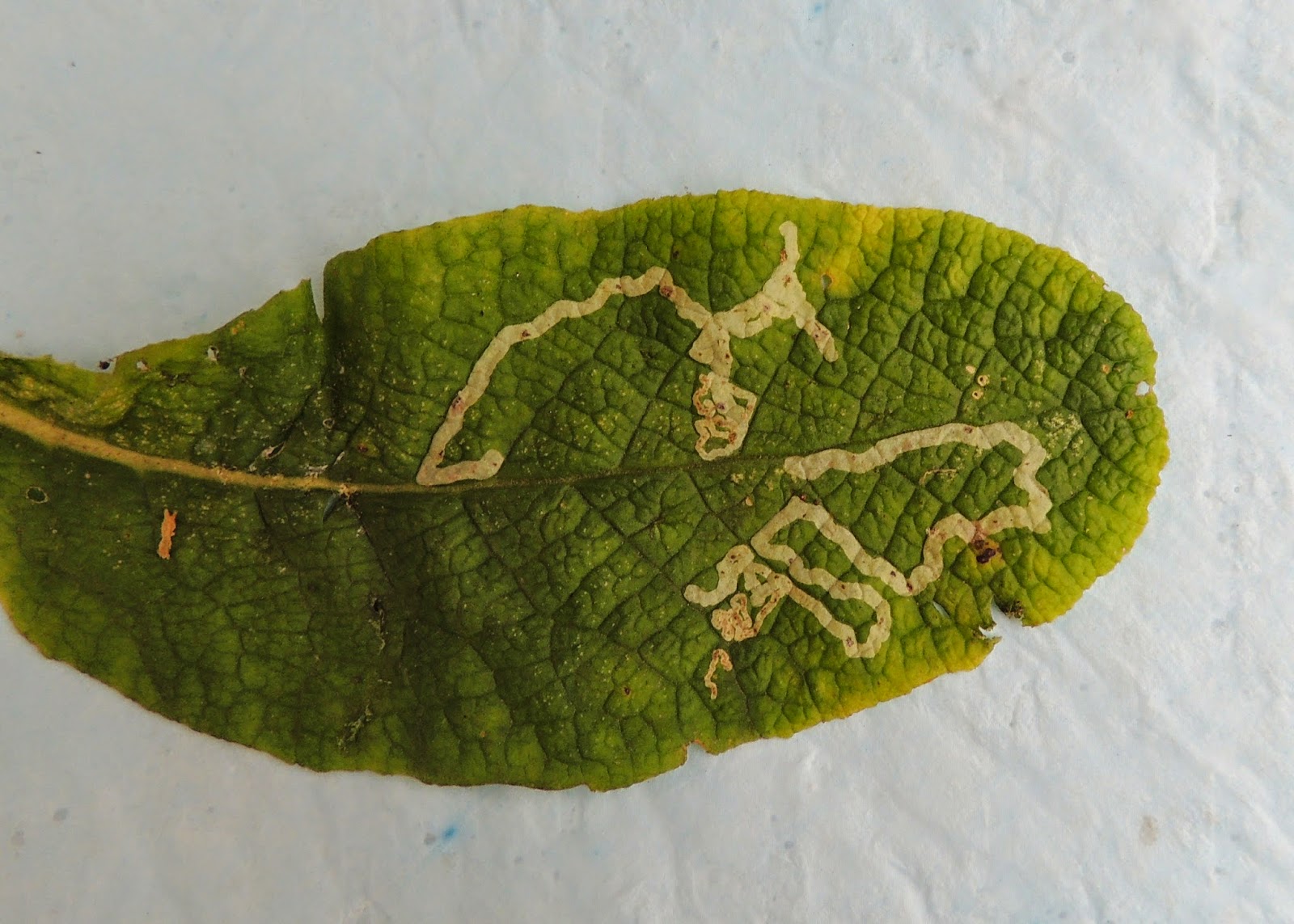 And finally, here is my contribution to the leaf miners.  This trail was on a polyanthus plant which I dug up from my front garden in Trimsaran yesterday whilst clearing the front garden.  I have no idea what it is!!
﻿
﻿
﻿
﻿
﻿
Posted by Maggie James