We're on holiday in SE Pembs at the moment, and I was lucky enough to have a couple of hours off on Monday morning.  I popped across to 'our' side of the border to make some records in SW Carms.  The Carms part of SN10 has just 280 moth records, representing 183 species, but as it includes our highest cliffs there are species such as L-album Wainscot, Northern Rustic, Crescent Dart, Annulet and Hoary Footman on the list.  Only one species of leaf-miner had been recorded, so adding to the tally on a diurnal visit was always going to be easy.

Adding leaf-miners was pretty straightforward, and the final count was 18 species including a couple of Stigmella larval mines on Hawthorn.  Some of the Hawthorn bushes were spectacularly wind-pruned! 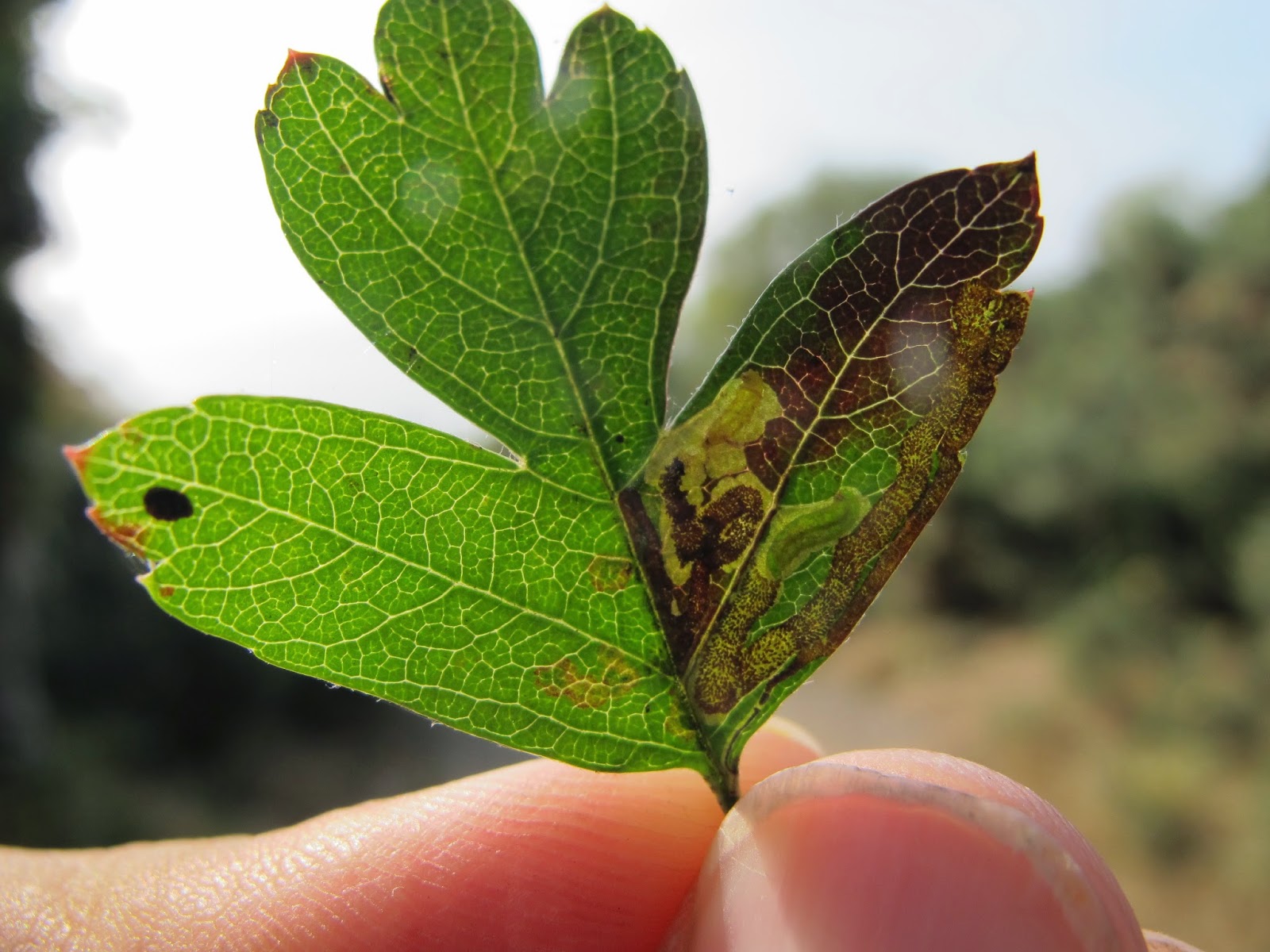 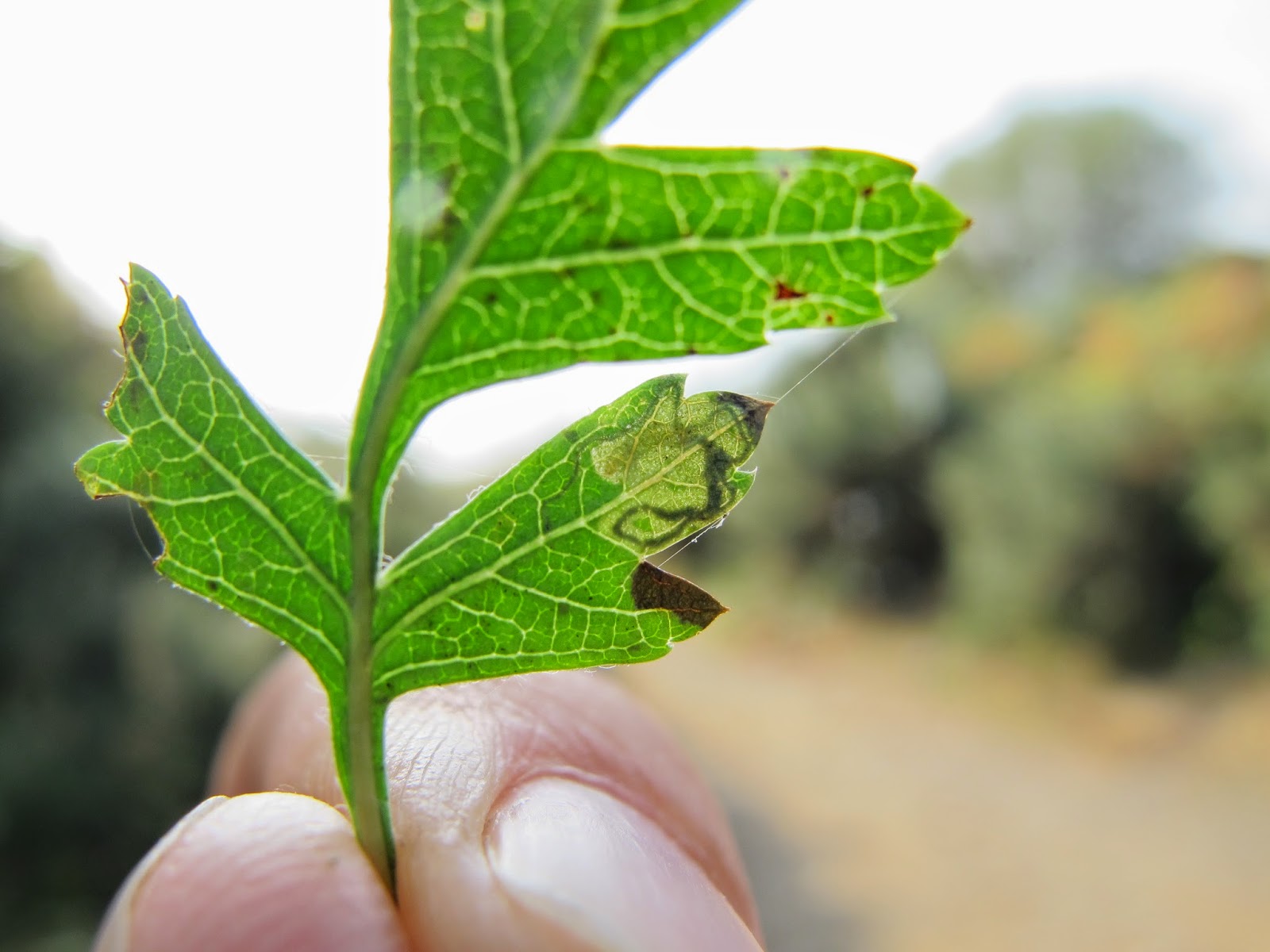 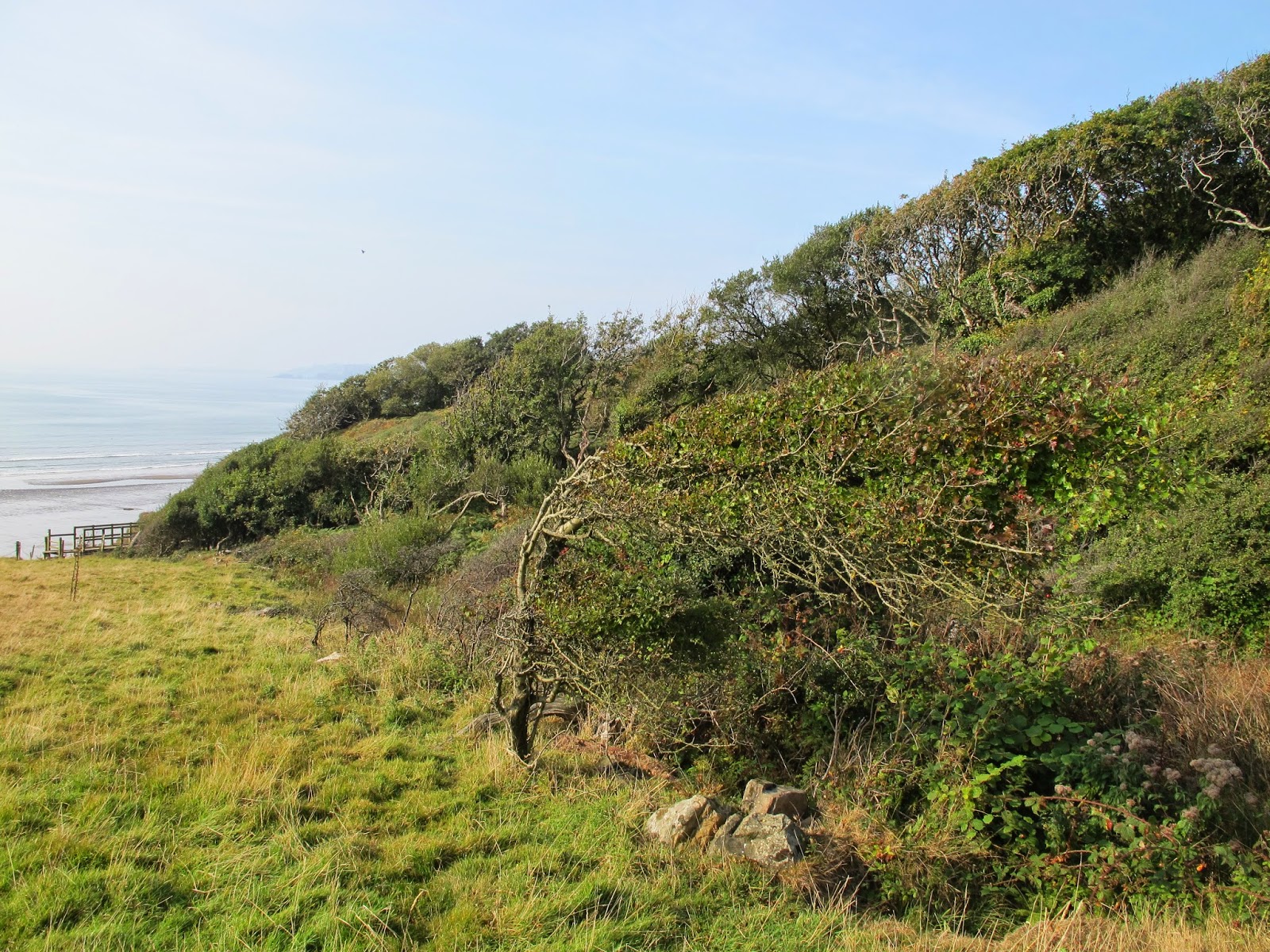 Finding anything else was much harder than I had hoped, and my eager anticipation of disturibing a vestal or even a crimson-speckled came to naught: migrants came to just 4 Silver Y and 1 Plutella xylostella.  Sweeping in the clifftop grassland produced just a couple of Agriphila geniculea but as the weather warmed up a few small Tortricids started fluttering around over the clifftops.  I netted a few, and they were the distinctive thrift-feeding Lobesia litoralis, which I used to see regularly on the Pembs coast.  To my surprise, this species is new for Carms. 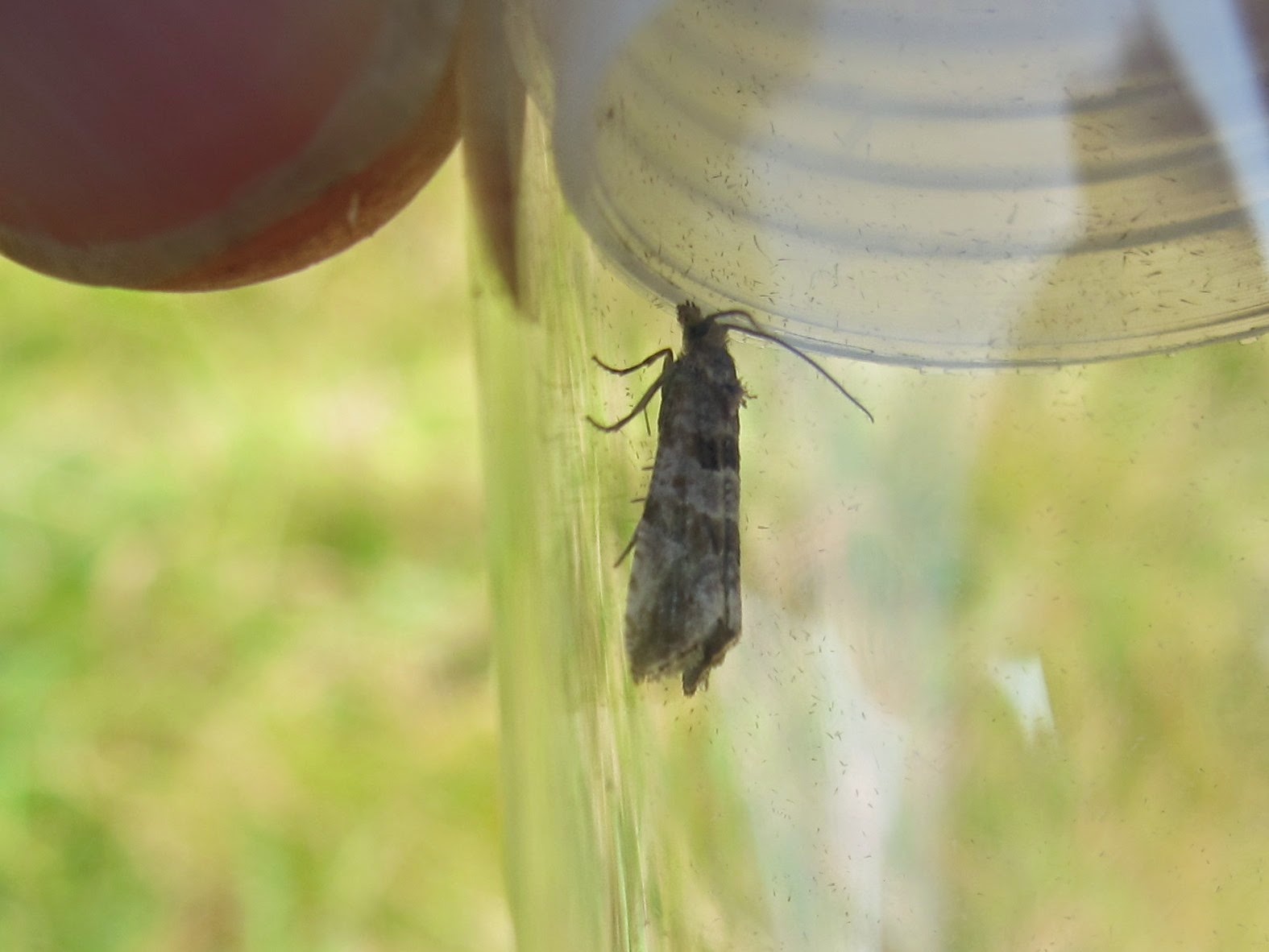 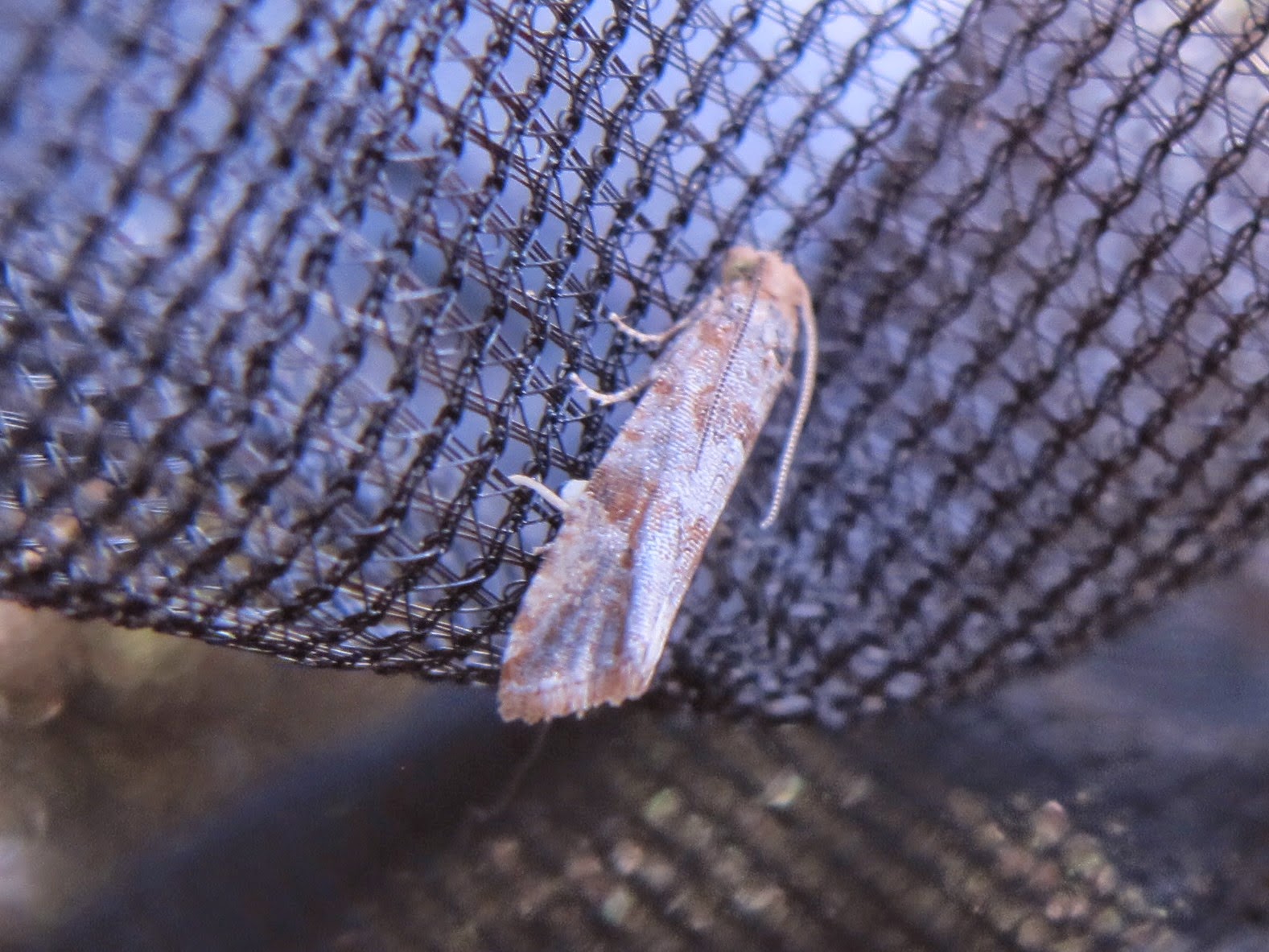 There were also several fenceposts along the clifftop.  Moth literature often refers to Macros being found "resting by day on fenceposts", especially on moorland and near the coast.  I searched 20 and to my surprise did discover a Noctuid resting in grass at the base of one.  By rights it should have been Carmarthenshire's first Black-banded or a Brindled Ochre, but it turned out to be just a Square-spot Rustic.  Still, this is one of my first successes with this technique despite regular half-hearted attempts.  I wonder whether moths abounded on fenceposts in the early 20th century, before humans destruction took its toll. 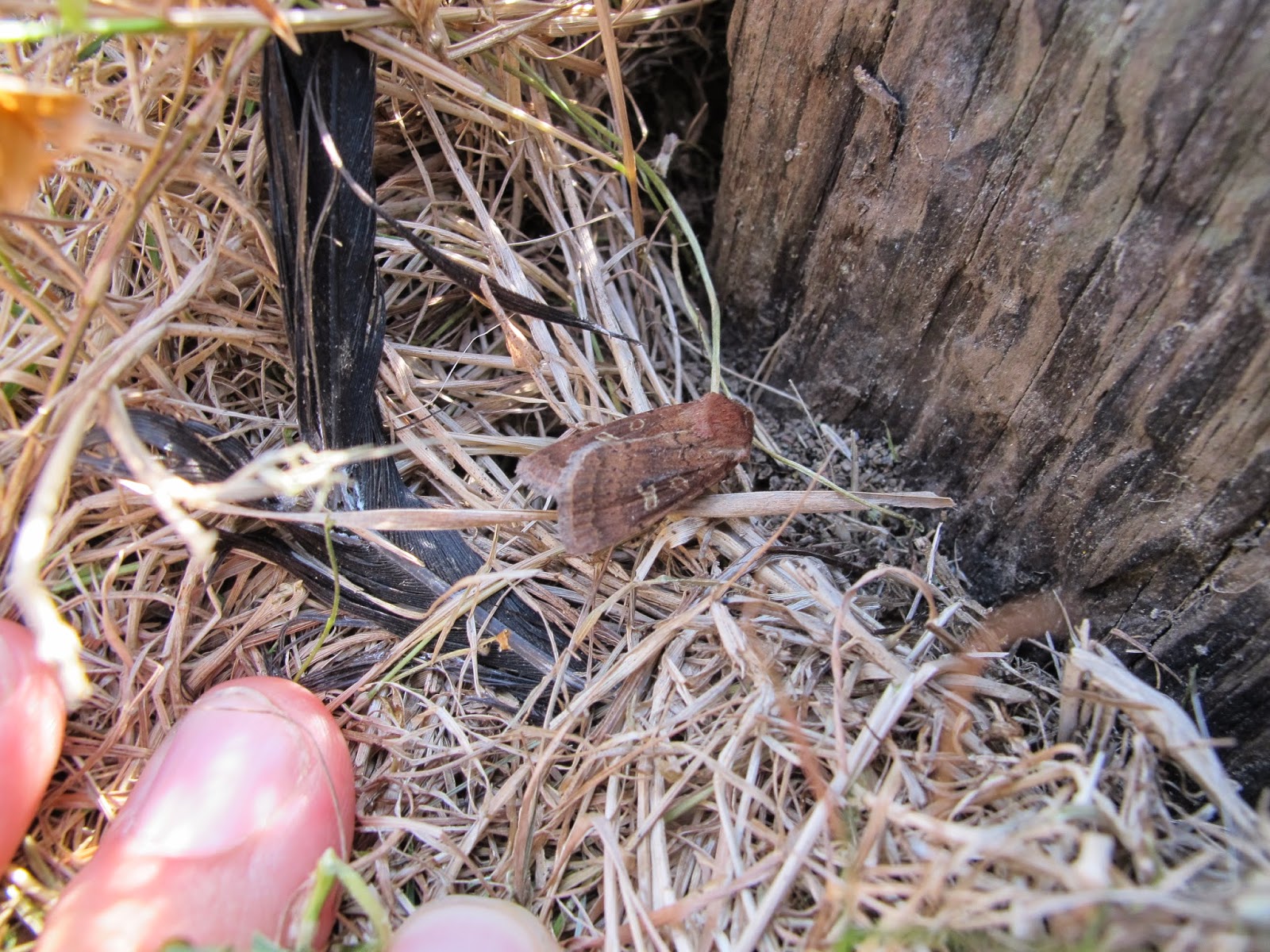 Finally, as I walked back up through the coastal woodland I netted a Micro that I didn't recognise.  This very narrow brown-winged moth with black & white dashes near the wing-tip looked really exciting, and UKMoths didn't have a match.  Sadly I managed to dredge melanic Lyonetia clerkella up from my memory bank, and that's what it turned out to be - a brown form of a common white Micro. 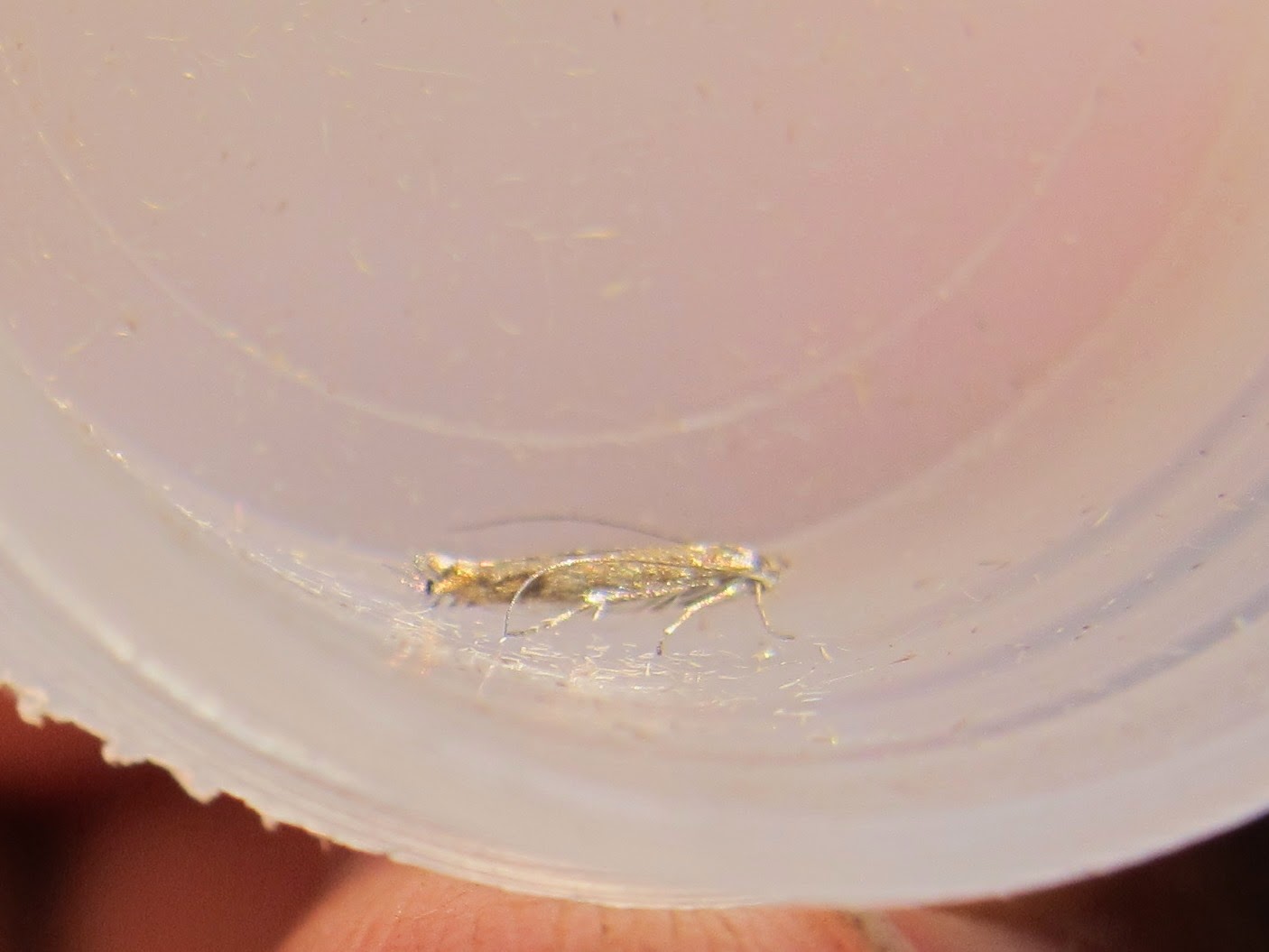 All in all a rather mixed morning, but good to be in another spectacular bit of Carmarthenshire.
Posted by sambbryo