I`ve just had a phone from a friend who saw no less than five clouded yellows by the (defunct) Pwll Fishing Lakes yesterday. Today (9/9/14), I also spotted one at Penrhyngwyn, the shingle spit at the seaward end of Machynys, Llanelli. 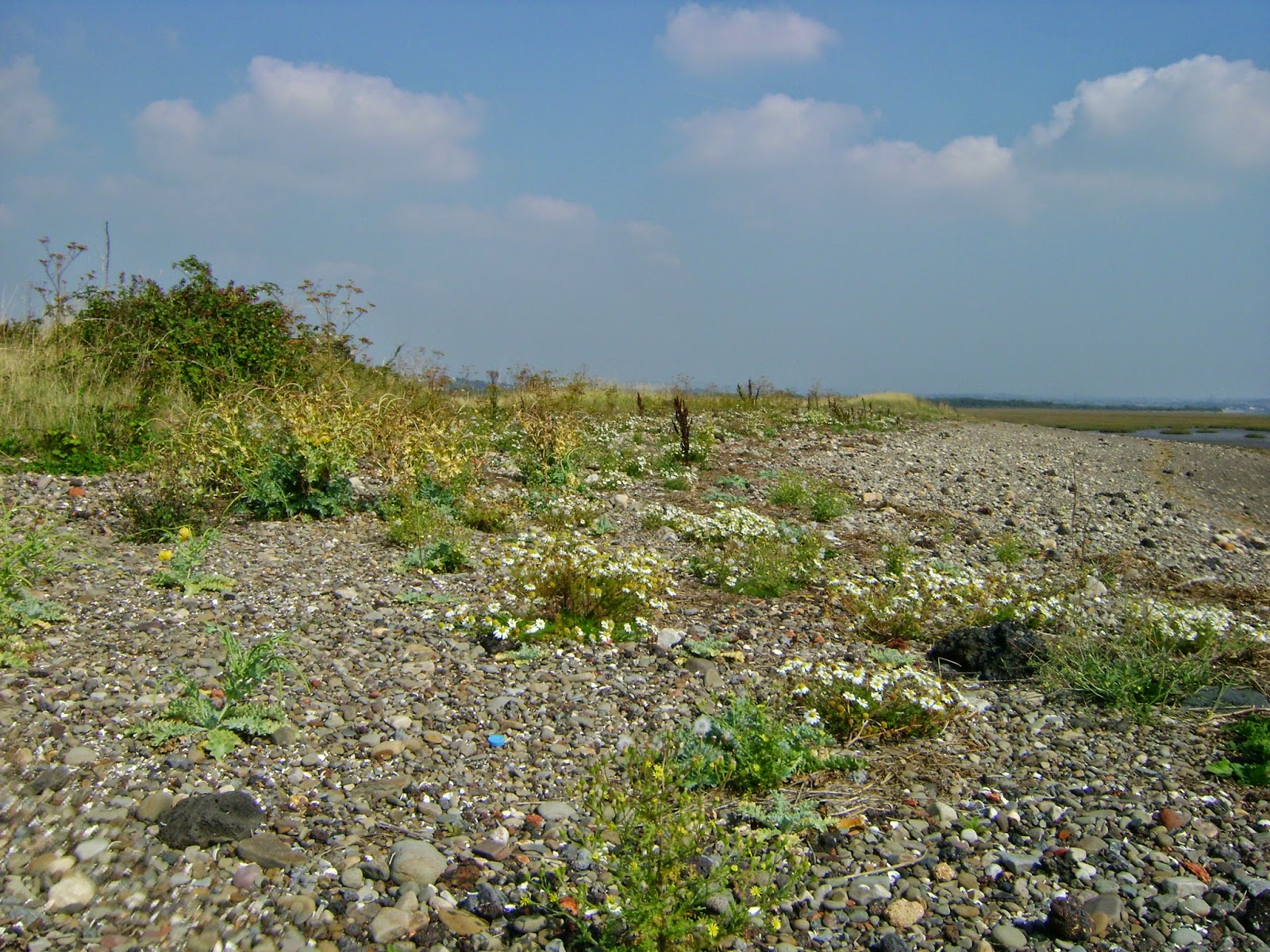 Above: the shingle spit with plentiful yellow horned poppy and scentless mayweed. The clouded yellow landed briefly on the latter before swiftly flying off.

I`ve trapped once or twice at this site in the late 1980s (when you could drive a car to close-by) and recall catching my first large ranunculus there and, in nearby old shooting butts I have found a roosting red underwing and similarly an old lady moth on one occasion each. Colourful chamomile shark caterpillars have been found on the mayweed in season, and toadflax pug caterpillars likewise on common toadflax in the recent past.
Penrhyngwyn (`pale headland`) is probably our best shingle beach in the county and is comprised of rounded pebbles of sandstone, with occasional lumps of copper slag that were dumped in the sea from local works at the aptly-named nearby `Copperworks` area of Llanelli. The copper slag predominates in the younger, outer shingle ridges, but a similar vegetation to that on the sandstone areas grows there.

Jon Baker emailed me this afternoon to say that he saw a Volucella zonaria in Carmarthen today. This very large and colourful hoverfly has only been seen once before (in a Llanelli garden in 2013), so an excellent record.