The forecast yesterday morning for the following (ie last) night was cloudy at first (until c 1.00am) and then clearing, so I thought at least the first part of darkness (c 4 hours` worth) might improve the catch, so out went the trap in the early evening. Come `switch-on time` at c 9.00pm, I was disappointed to see it was already clear, but as the trap was out, I switched it on and forgot about it.
This morning, I was pleasantly surprised to see a fair variety of moths (c 30 macro spp), albeit in low numbers, but which included some uncommon/local species. The catch included a four-spotted footman, l-album wainscot, pine carpet, treble bar, autumnal rustic (my FFY), centre-barred sallow (again my FFY), snout, and large ranunculus.
Some photos are shown below, with the moths in situ on the egg cartons...in bit of a rush this morning! 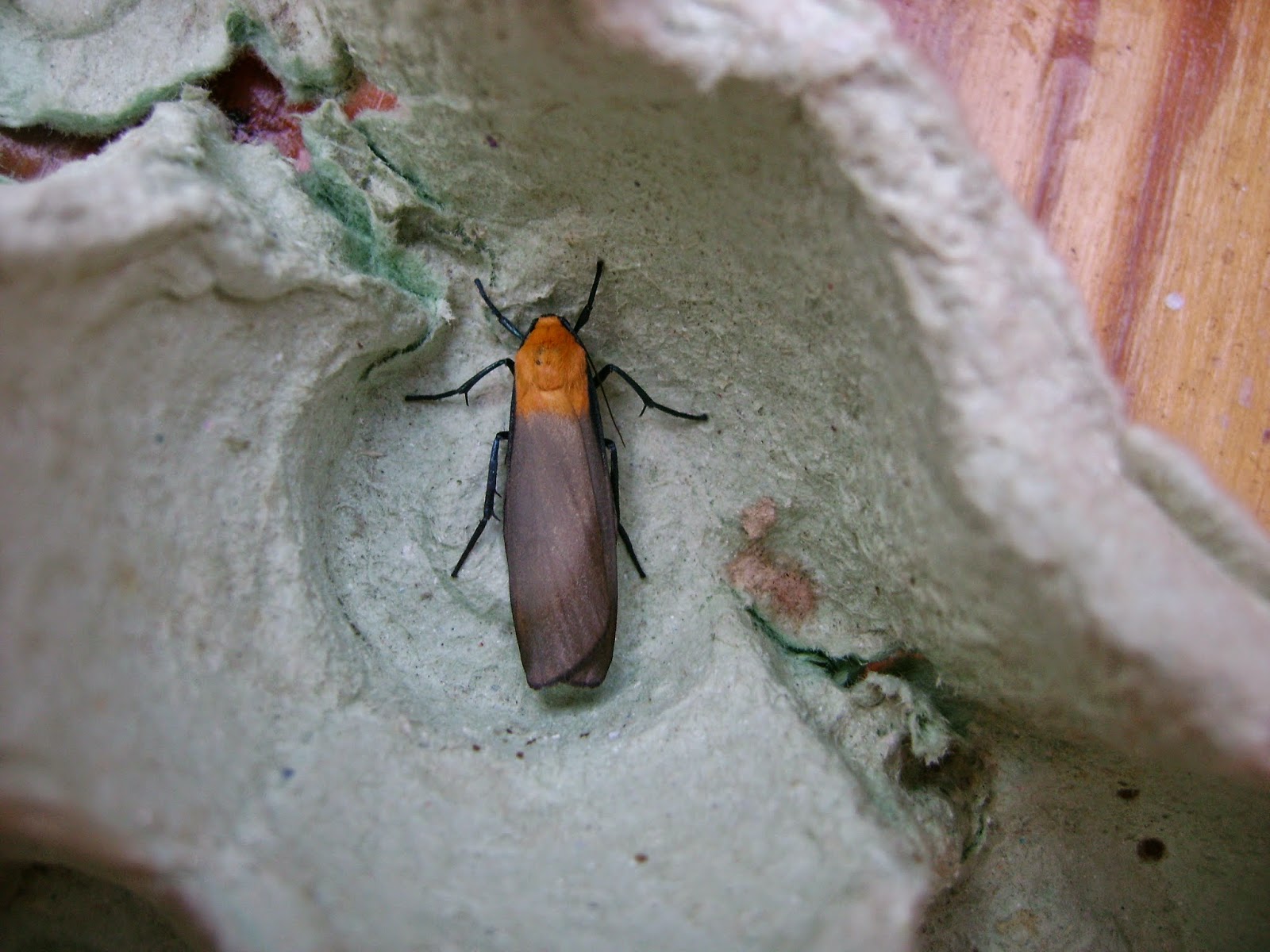 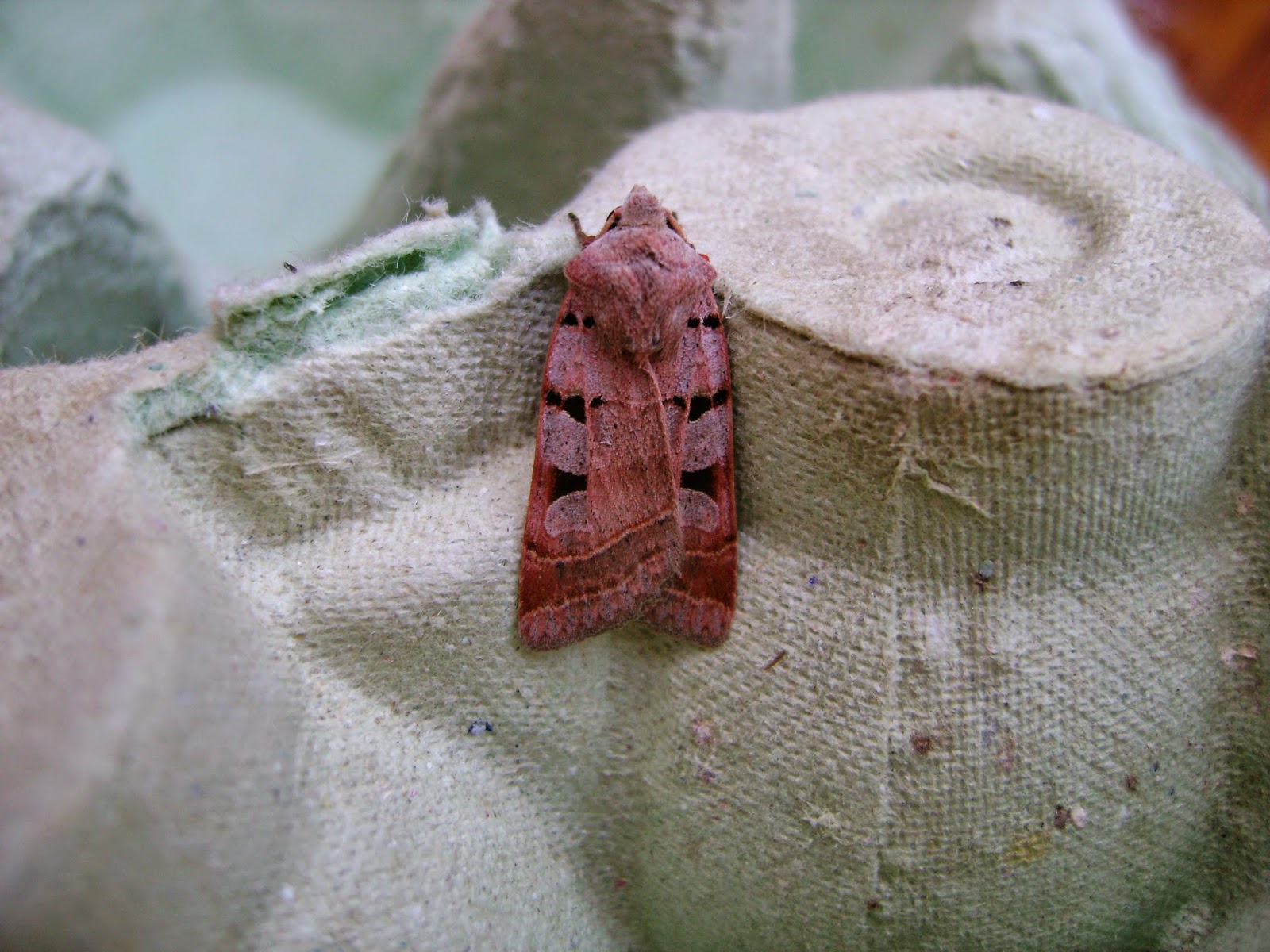 Above: autumnal rustic (a FFY for me). 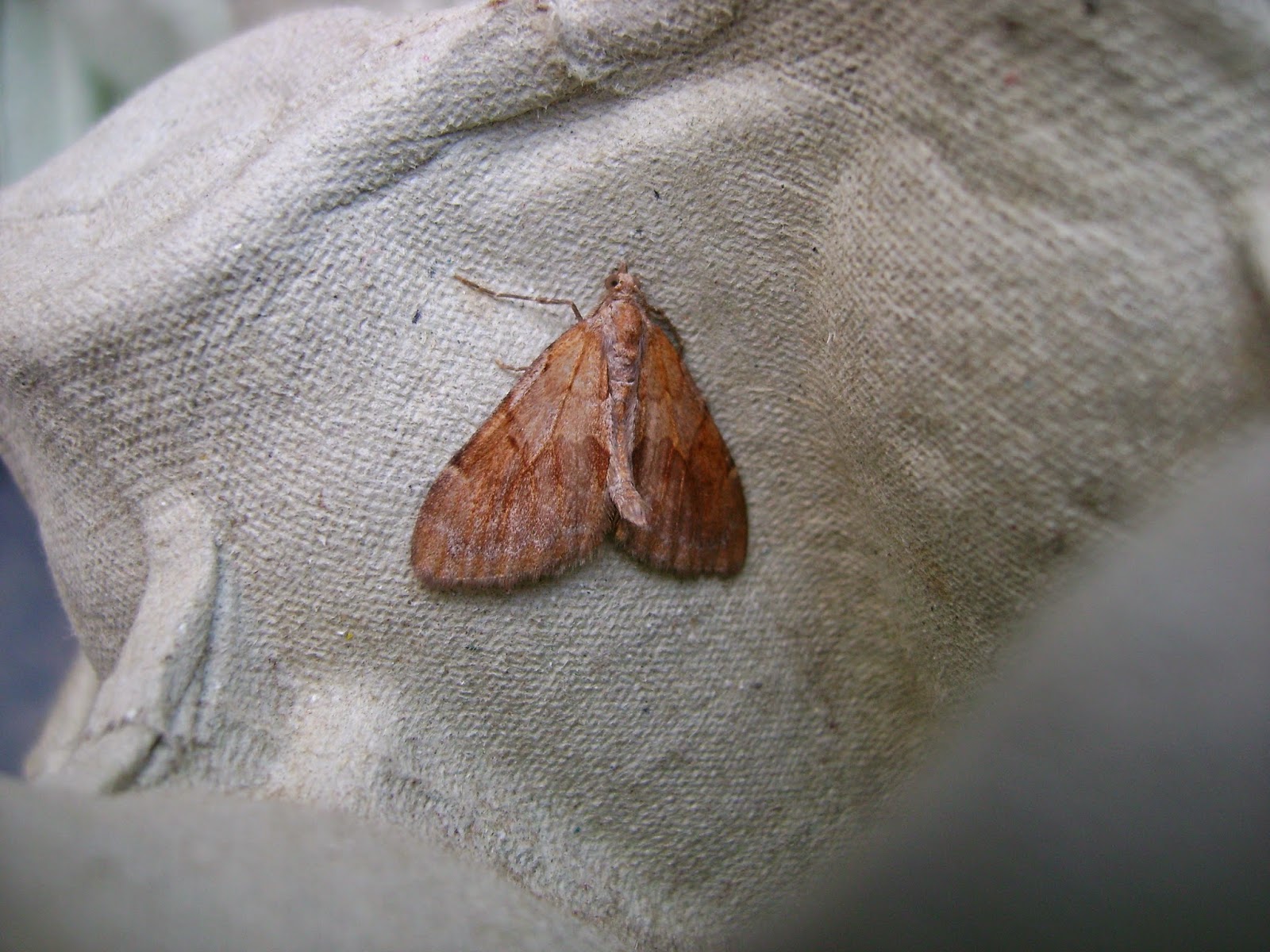 Above: pine carpet. Note deep indentation on inner edge of central cross-bar, which distinguishes it from similar grey pine carpets. 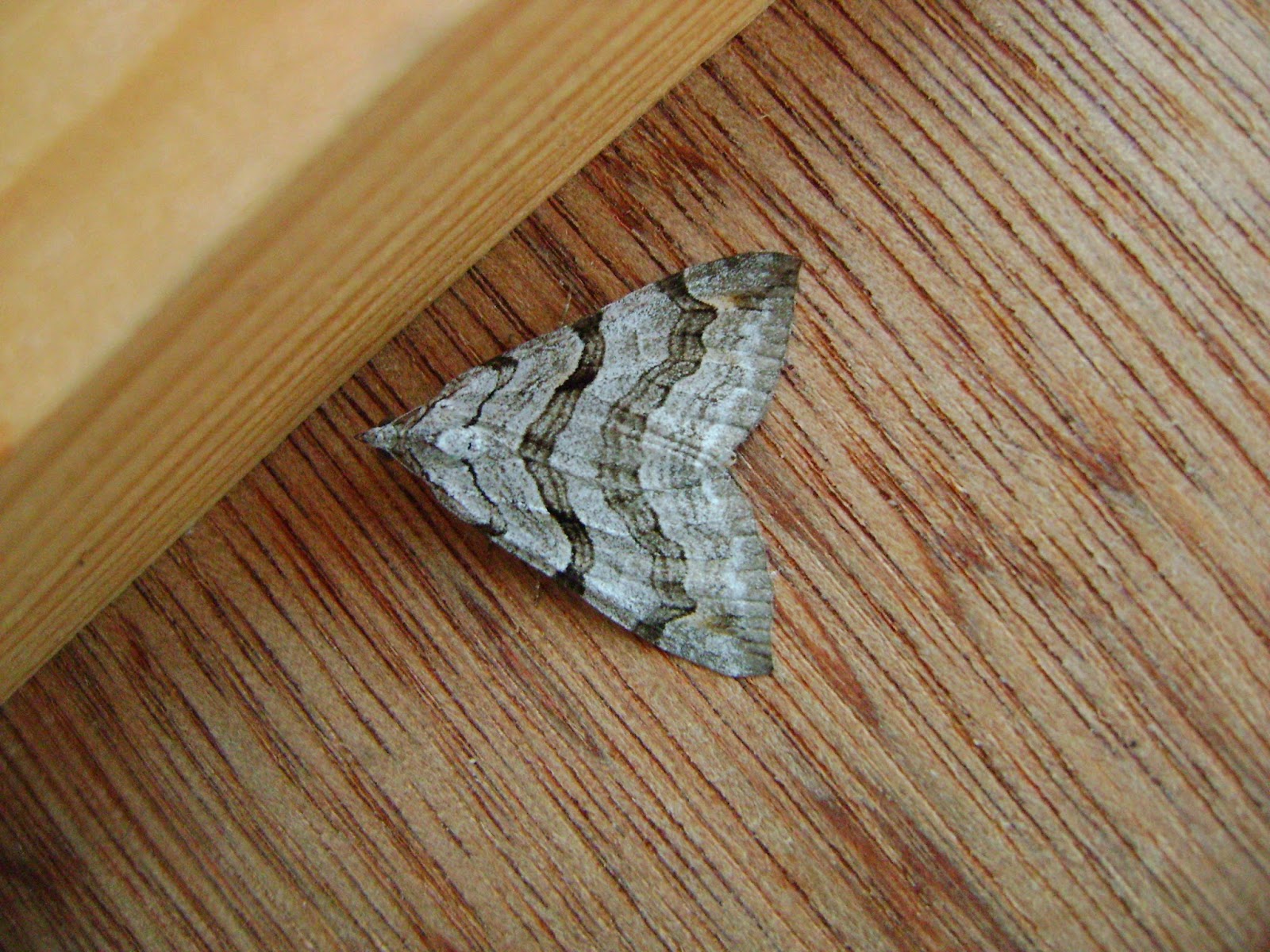 Above: treble bar. This moth can be seen in daytime too - I used to flush it from bare shaley areas at Mynydd Mawr Woodland Park, Tumble, where its caterpillars feed on St John`s-wort. 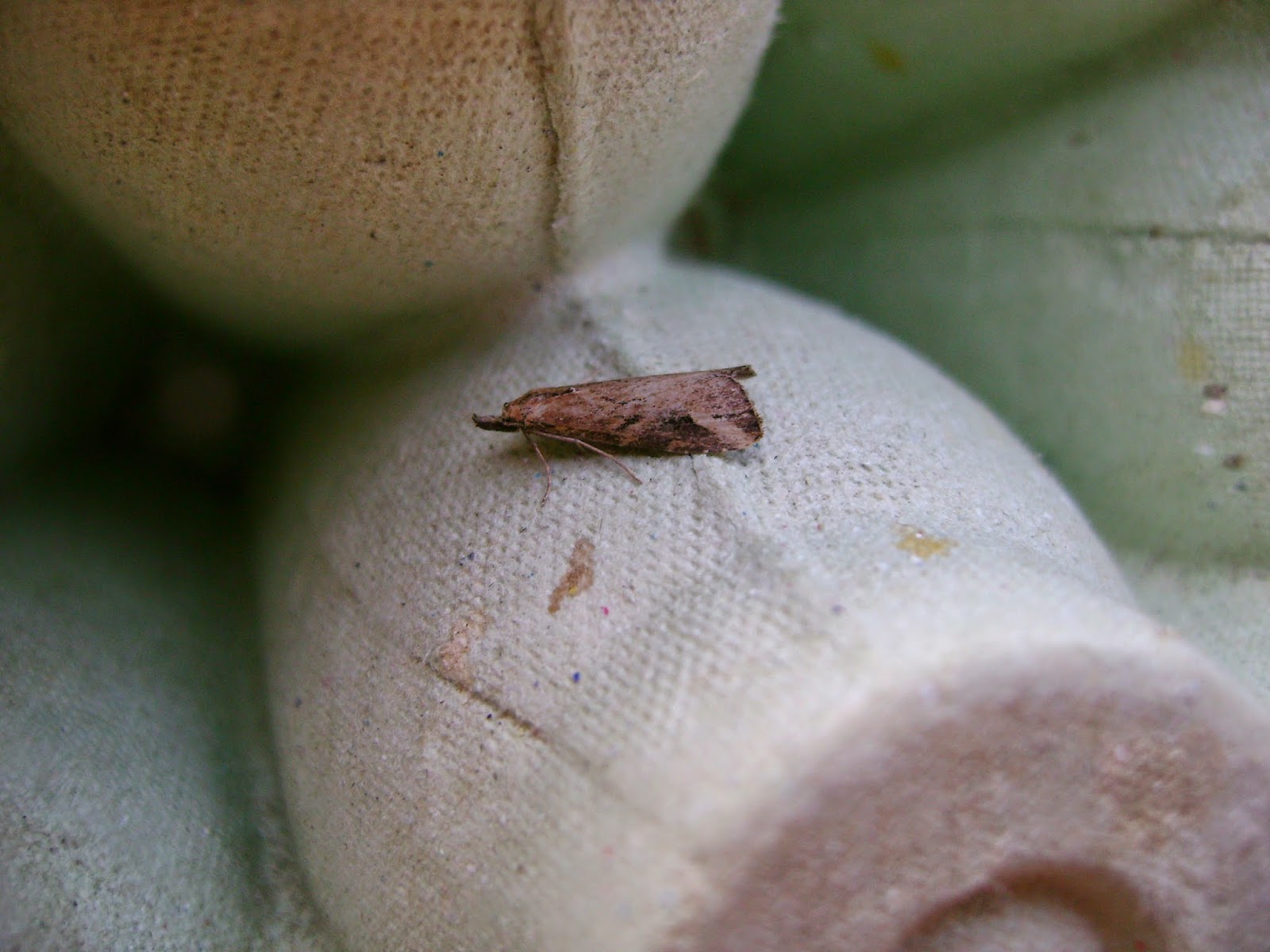 Above: macro looking like a micro - a pinion-streaked snout. 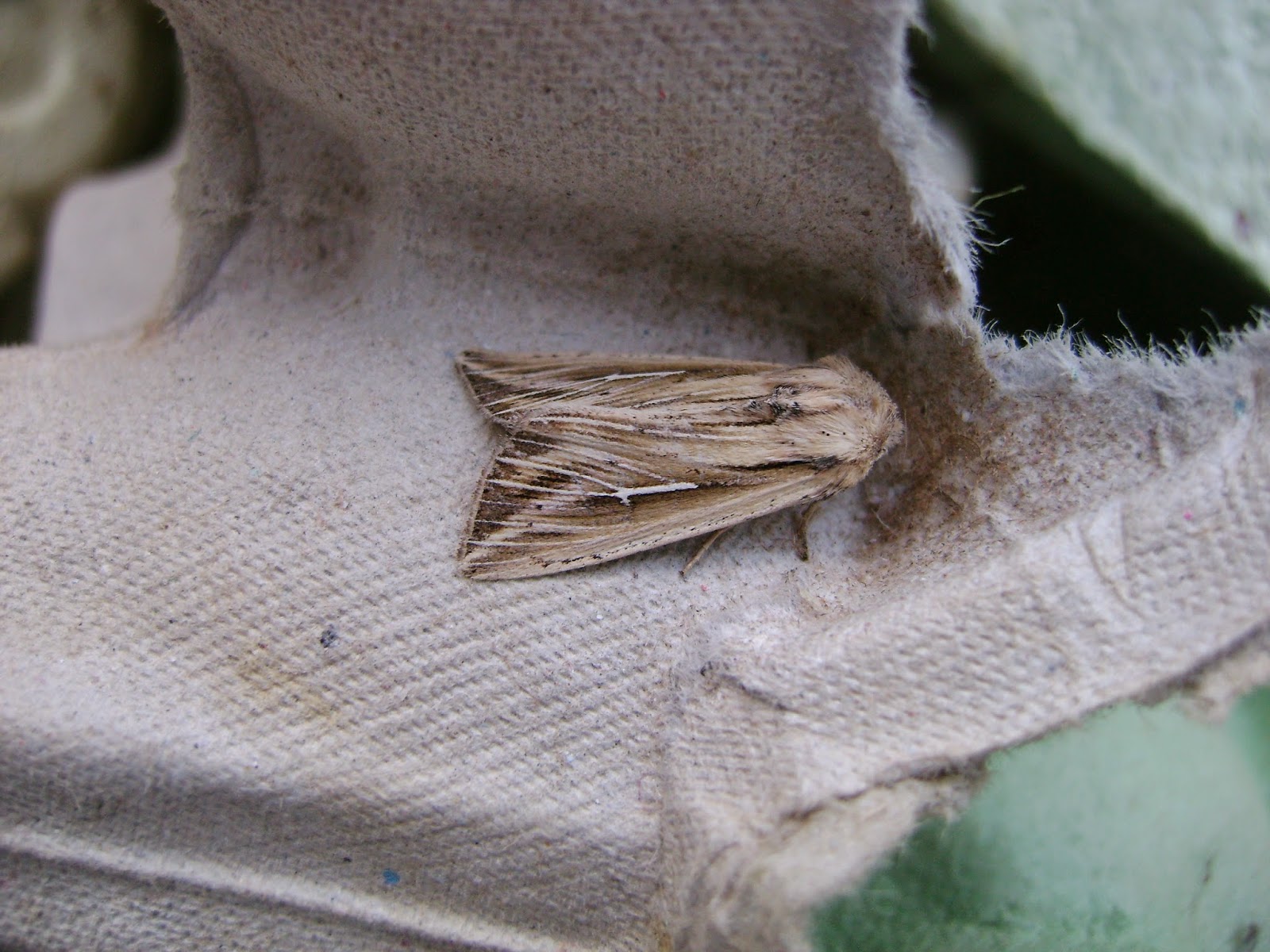 Above: l-album wainscot. as with the four-spotted footman above, a resident population exists along the Carmarthenshire coast. 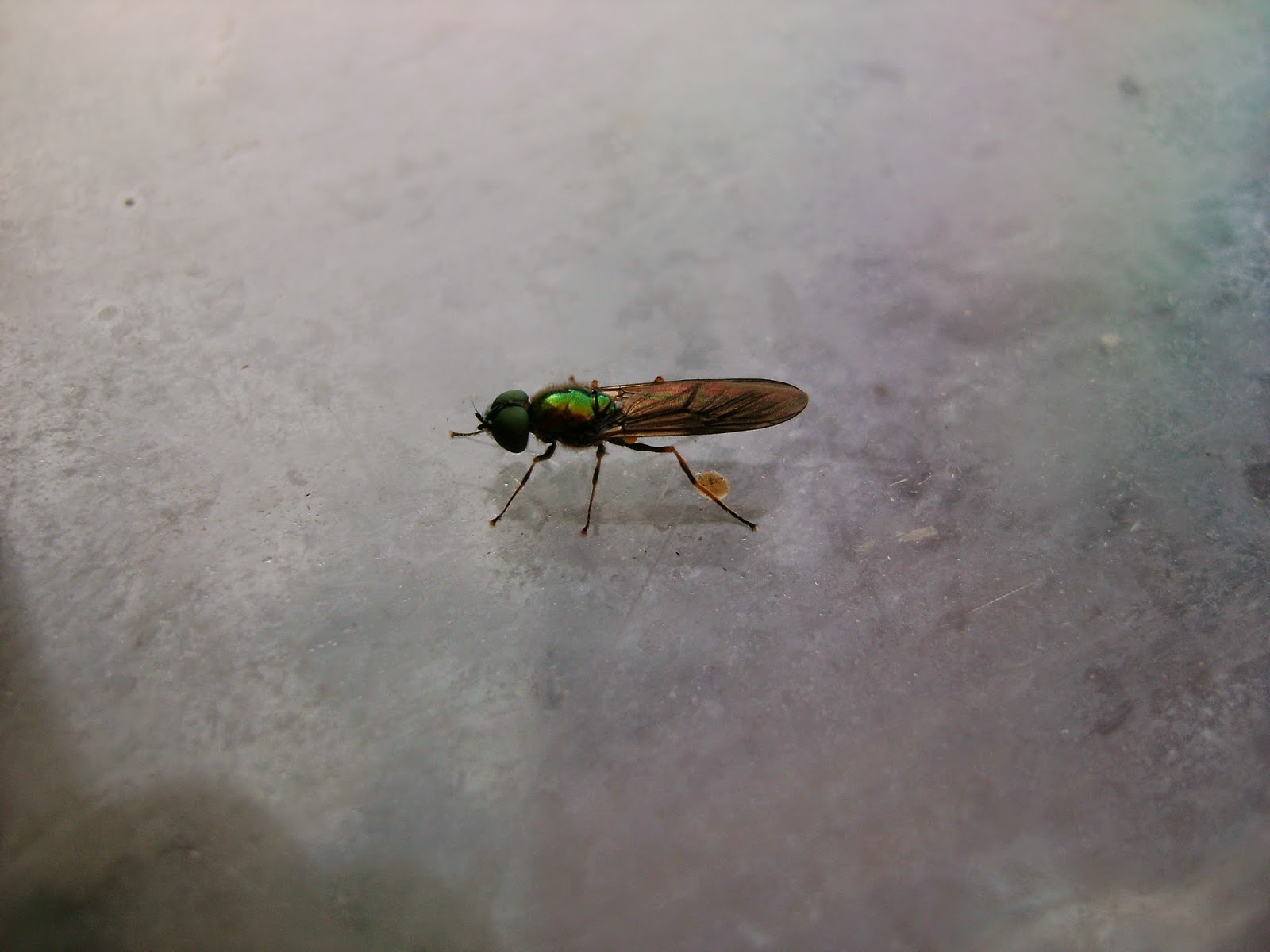 Above: this little stratiomyid (`soldier-fly`) was in the trap too...I think it`s Sargus flavipes (but I`ll check later).

The weather may be getting better for trapping mid-week onwards, with a warm, damp front coming from the south...best to check the forecast.
Posted by Ian Morgan