Without much hope of any great success last night, I put the 15 watt actinic trap on the "ancient trackway" (BBNP designation) which links us with some of our fields at Cwmllwyd. The track has overgrown hedgerows each side, although these are much butchered by contractors for Western Power from time to time. Nevertheless, there are half a dozen tree and shrub species within about 50 metres, along with many herbs and grasses. 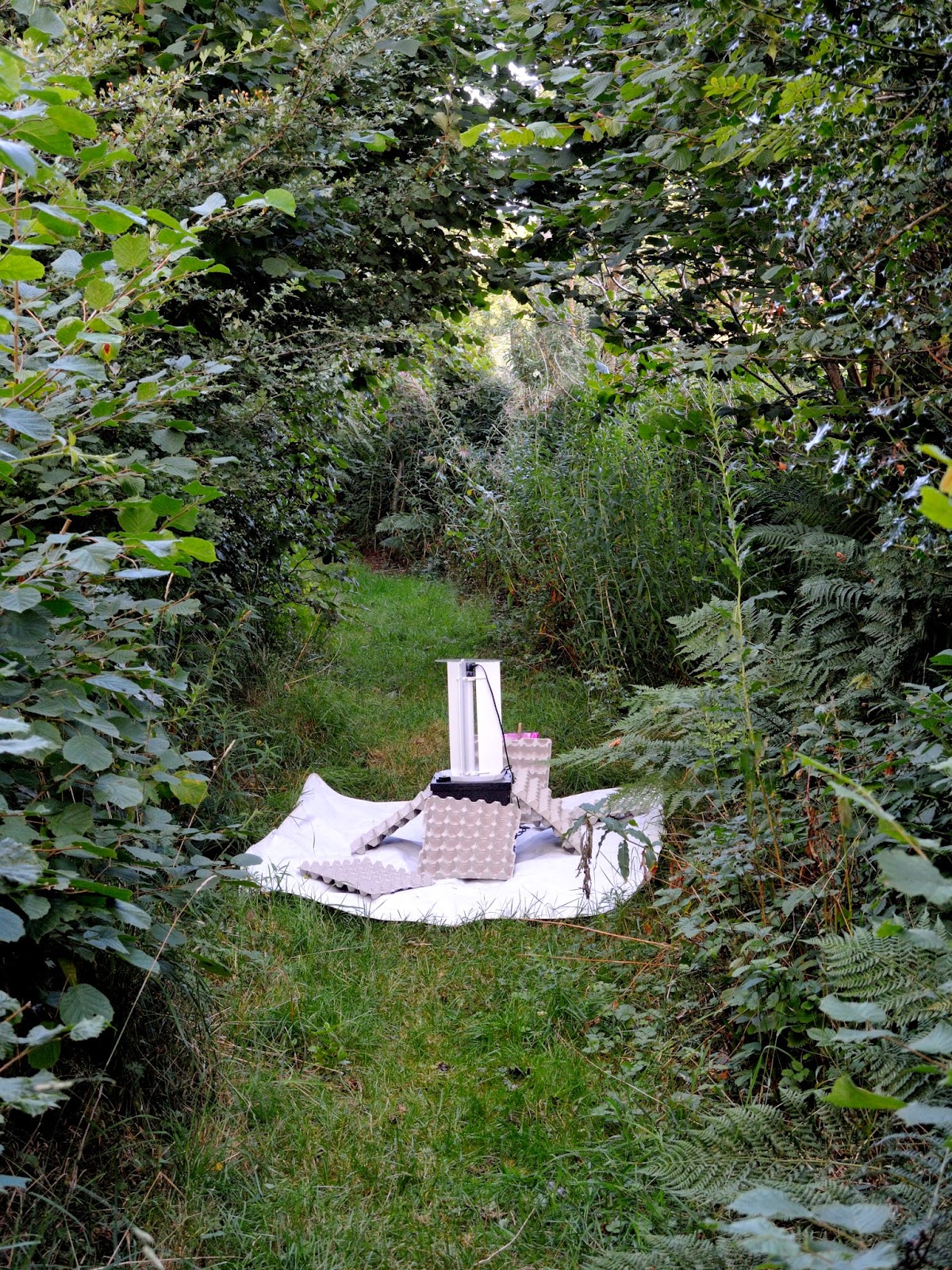 Rather unsurprisingly, in view of the conditions last night, the trap only attracted 51 moths of 18 species; all rather common species, except for the one illustrated below. 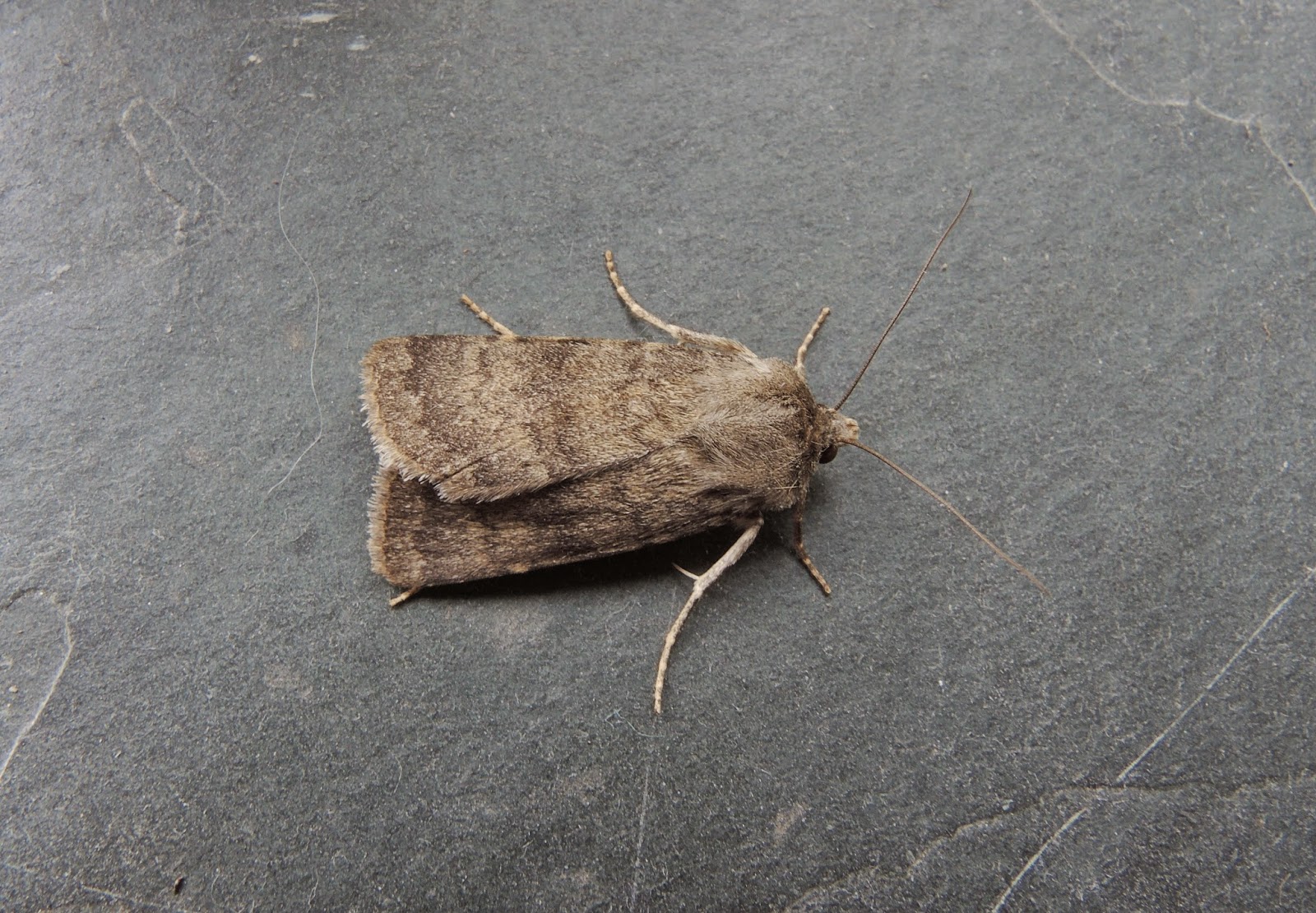 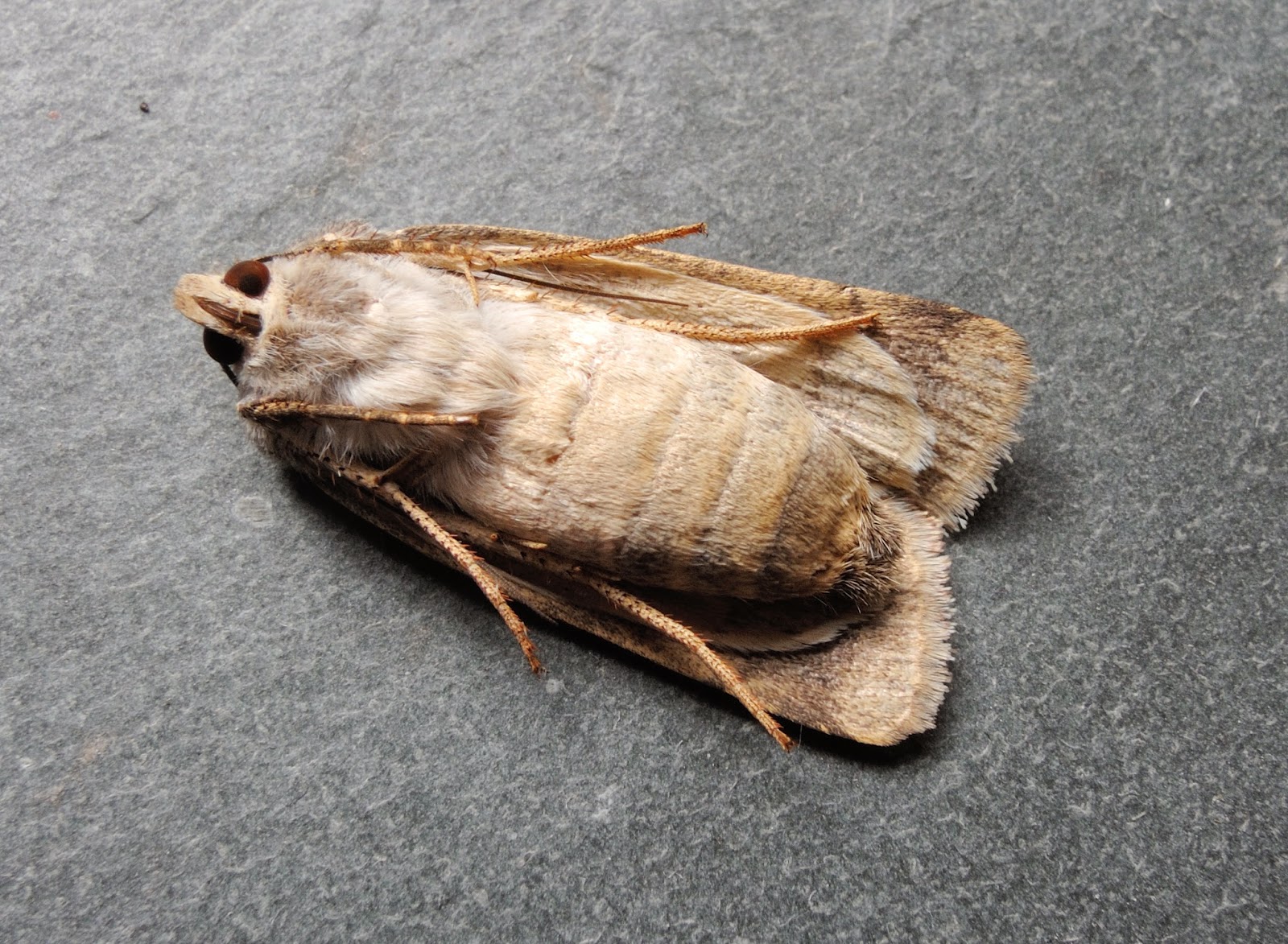 This is Northern Rustic. I caught 5 of these at Nant Oesglyn on 22 July and released them, following ID and photography, back on the mountain, very close to the trap site, on the 23rd July. So what on earth was this one doing down the hill at Cwmllwyd?

We are at 750 feet (250 metres) here and the two trap sites (our trackway and the site on Nant Oesglyn) are 400 metres apart. It could be that the moth occurs further downstream than I trapped last month, in which case the distance between the two sites would be bit less. We are also 500 metres from the very bouldery ravine of the Cennen - perhaps Northern Rustics dwell there, too. There's a tiny borrow pit/small quarry next to our trackway, but I haven't seen any plants associated with the moth there.

So there you have it: almost unbelievable isn't it? I'm still in a quandary as to where I should release the moth. This one, by the way, doesn't photograph too well, for which, I apologise.
Posted by Steve Clarke