My planned moth trapping is much-delayed by these cold NW winds (which are also affecting daytime mothing in exposed places). I tried two traps (one MV, one actinic) at home last night, as some cloud was forecast, but the results were poor, with just 15 species or so, in very low numbers - not worth the effort. A single small rivulet offered a little interest.
A Phycitodes was also in the trap - binaevella? (as also caught by Mel at Llansteffan recently) and an unwelcome moth (this time, inside, on the bedroom window) was the `case-bearing clothes moth` Tinea pellionella.
A micro spotted yesterday afternoon whilst on a quick `blackberry recce` was the little black and white Grapholita compositella on rough, brownfield vegetation at Burry Port. 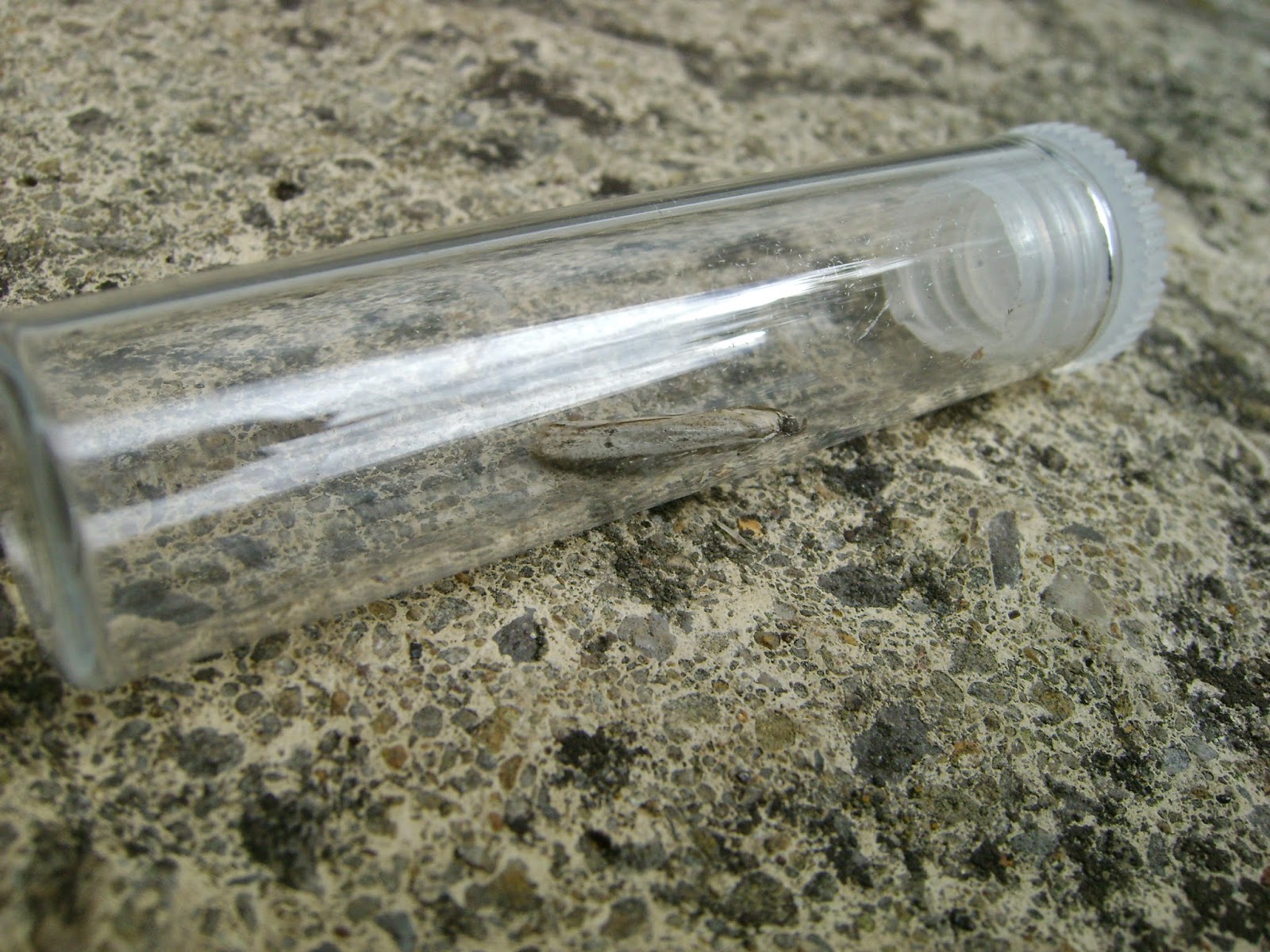 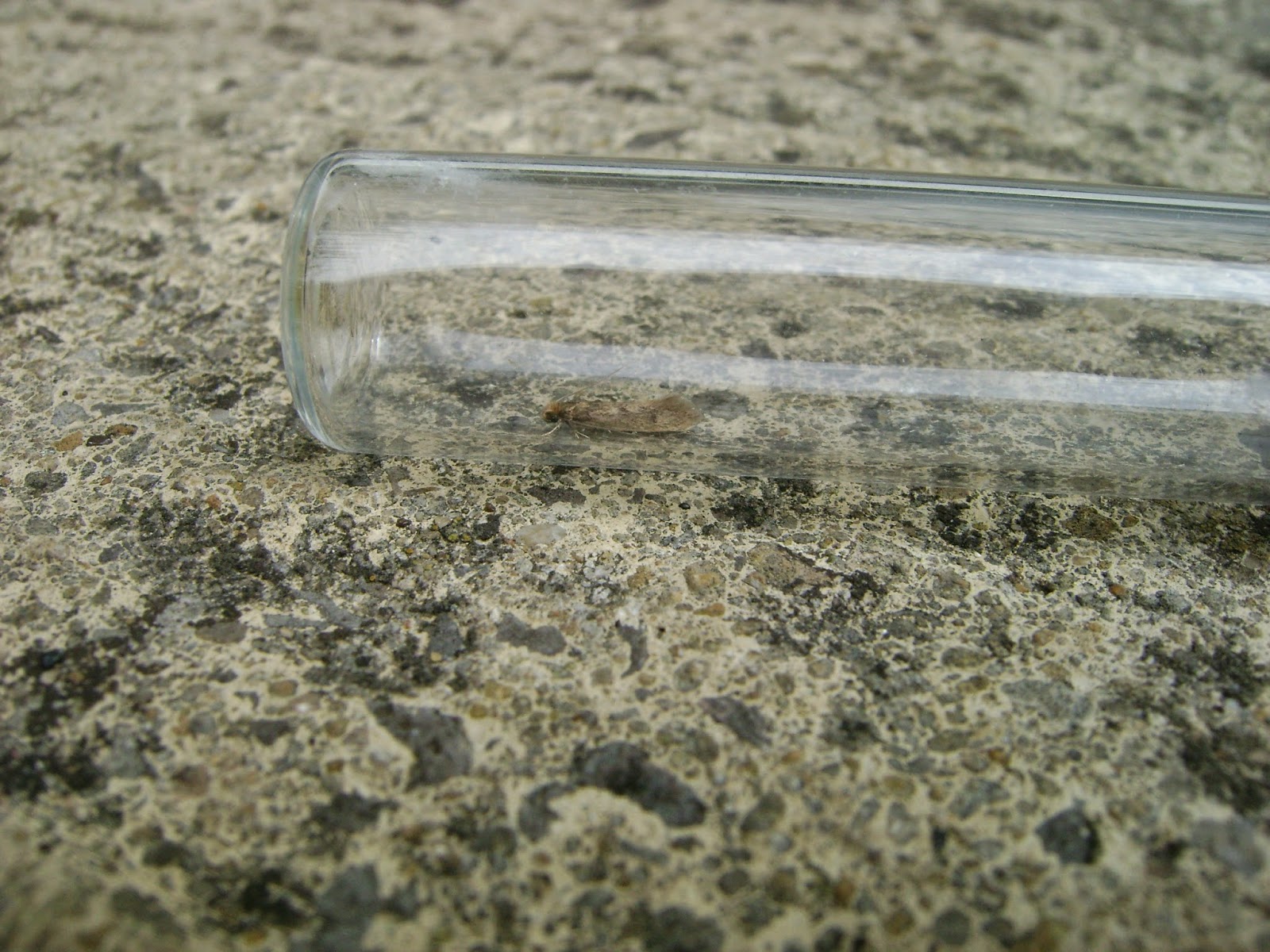 At the latter Burry Port site, I examined some swathes of bladder campion, noting that the seed capsules had emergent holes (most of them, in fact); I also found the caterpillar (one of many) shown below - any suggestions as to species please?....one of the marbled coronet/tawny shears gang perhaps? 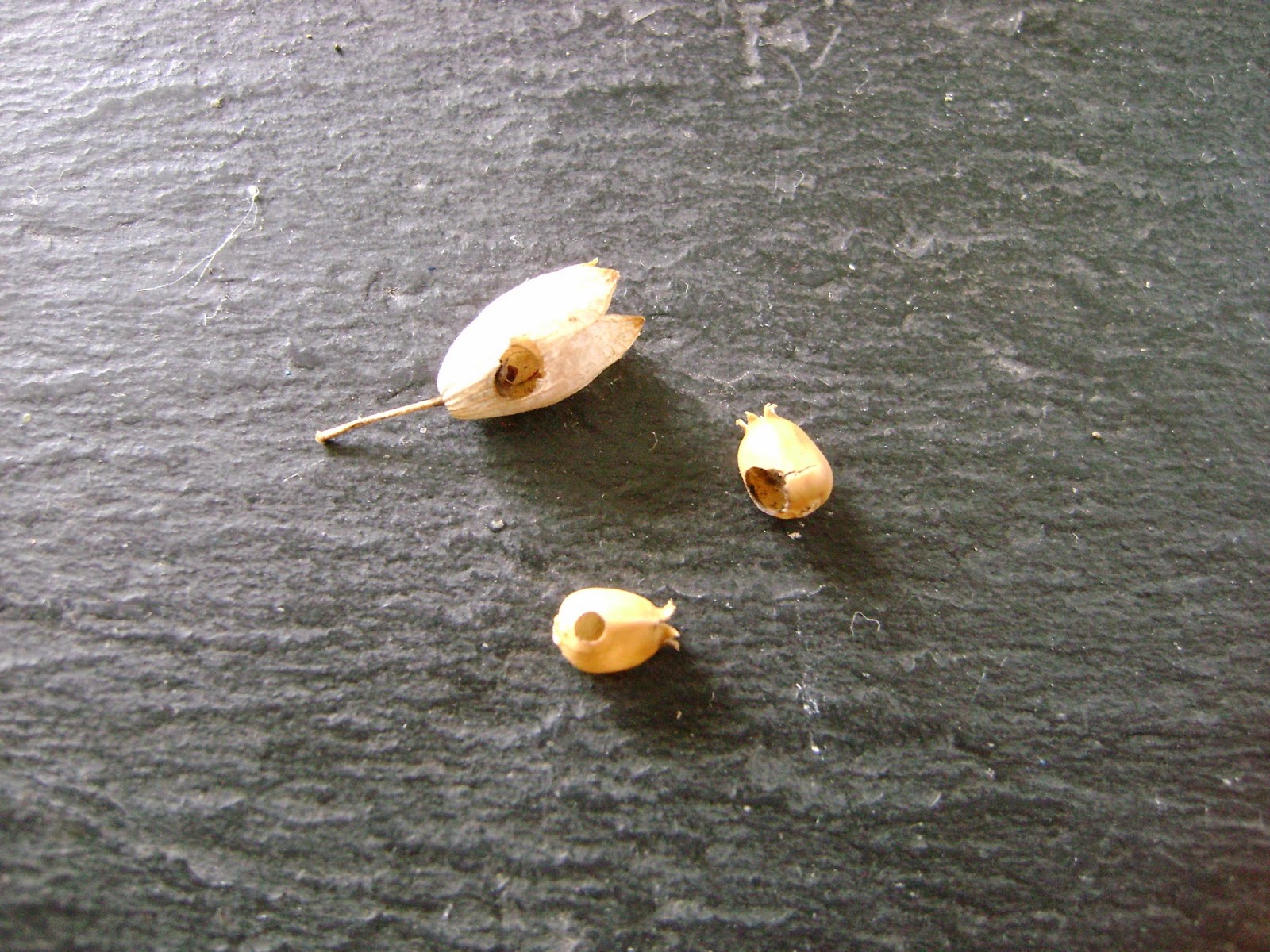 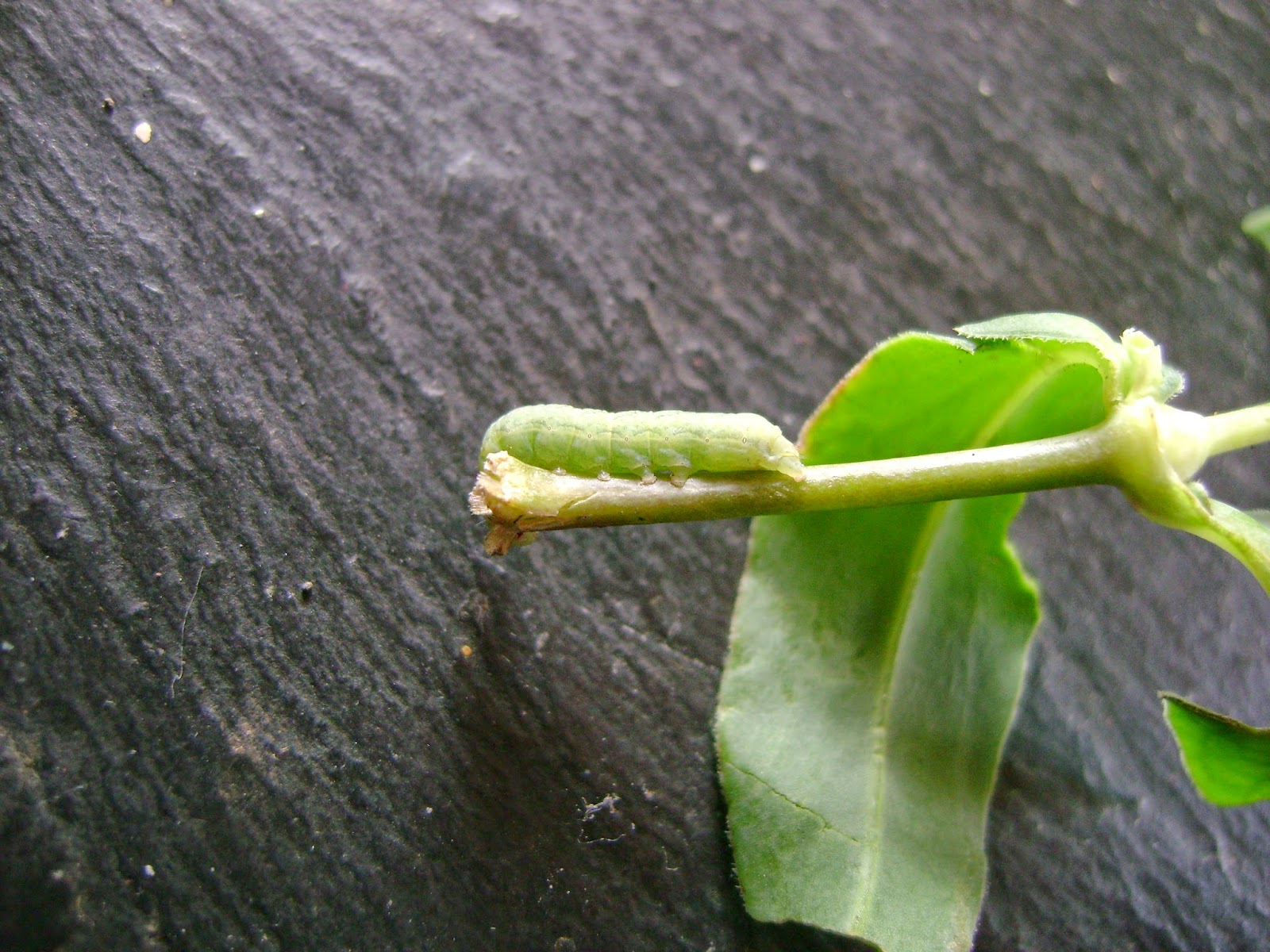 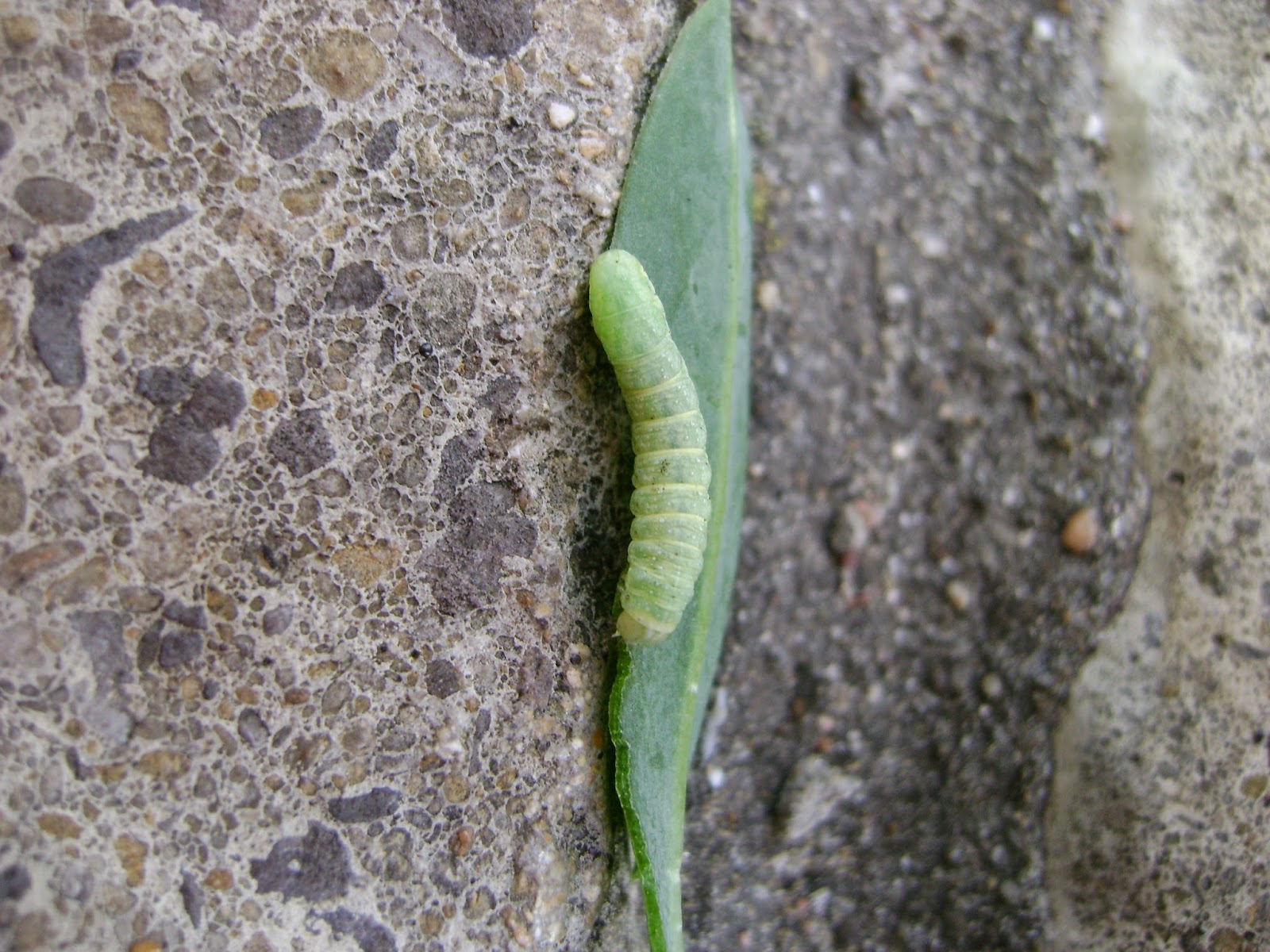