Only the regulars called last night...

Last night (3/8/14) at Pwll only yielded a rather unexciting catch, with typical August regulars -and no migrants - being caught. About 35 macro species were present, some in reasonable numbers (eg 14 sharp-angled peacocks), and with also lime-speck pug (x3), cabbage (x1), latticed heath (x2) and a gothic (x1) in the haul. Two male four-spotted footmen also turned up: they are a regular late summer feature of my home traps. 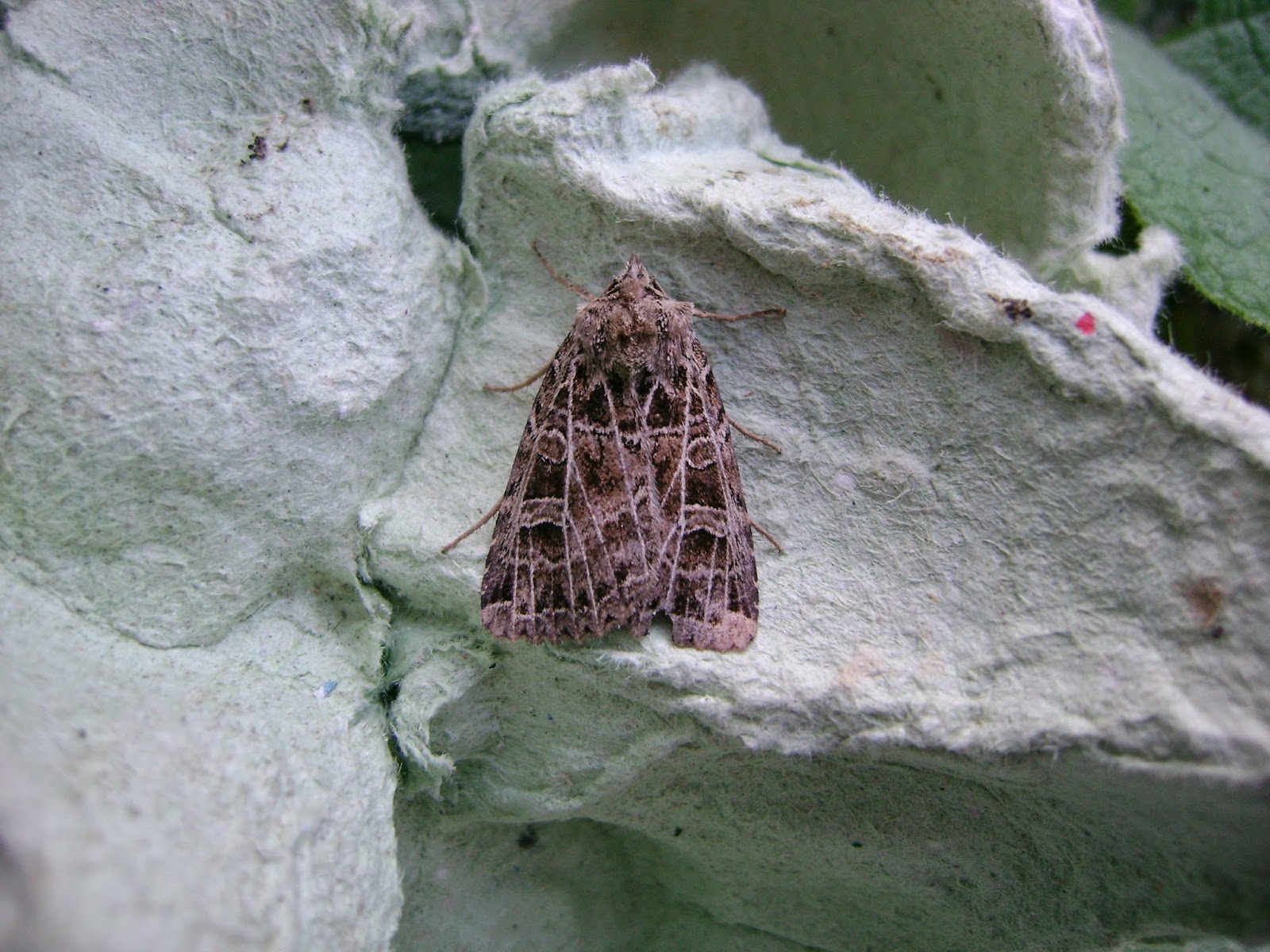 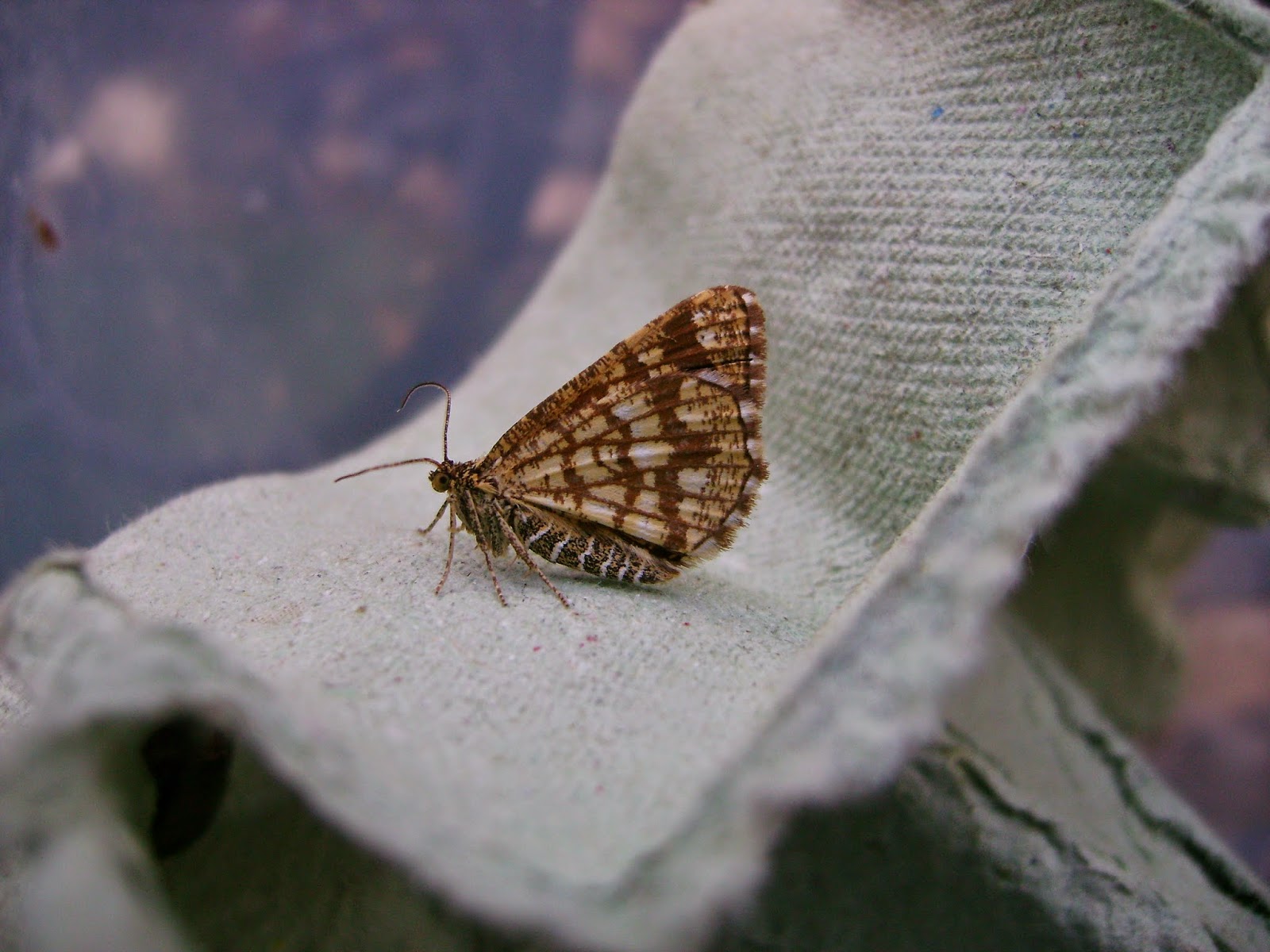 Above: latticed heath, a wanderer from nearby grassland. 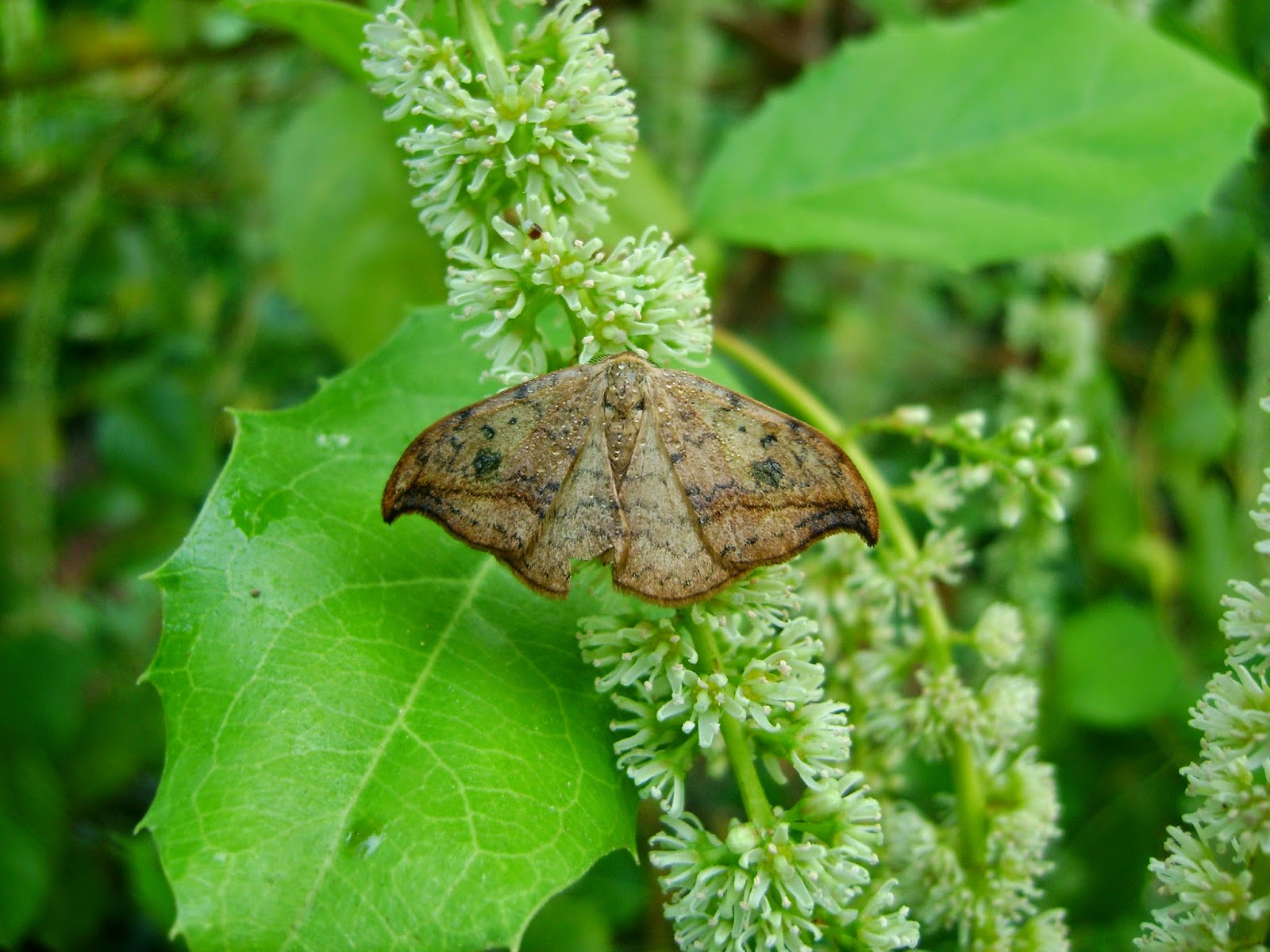 Above: pebble hook-tip, one of the many moths that were feasting on the melliferous tassels of Itea ilicifolia last night. The value of this shrub for moths has been a bit of a revelation for me this year - a natural `sugaring point`. 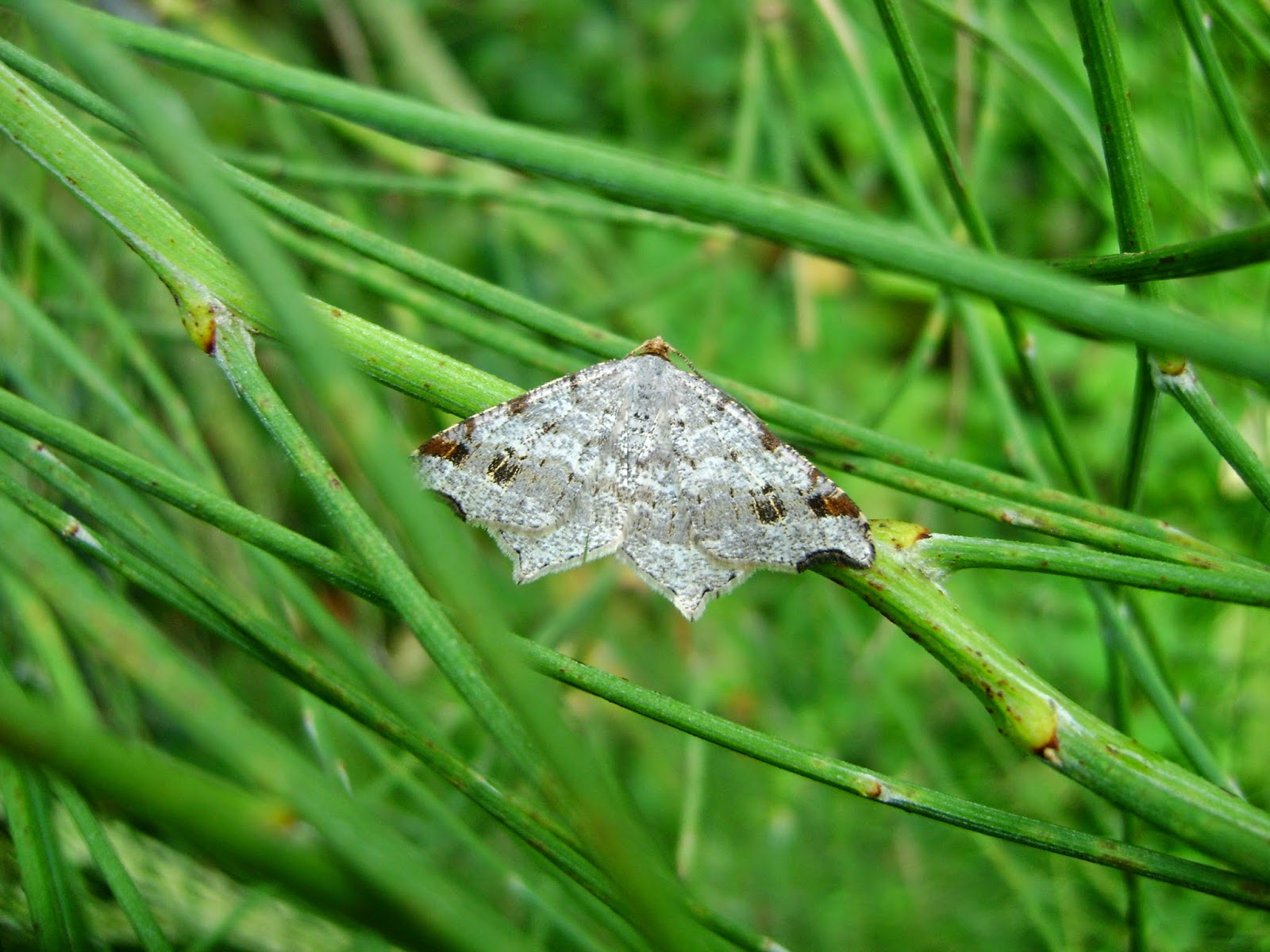 I`ve also got a few micros to look at....
Posted by Ian Morgan