Not a moth, but perhaps an interesting record nevertheless. I made a `whistle-stop` visit to Dafen Pond, Llanelli this afternoon, as it was a convenient place to visit in the limited time I had and also because of the many plantings of various willows (eg Salix alba and fragilis) that I thought I could `beat` for micro-moths. I previously had some luck yesterday at Stradey Woods, beating several species off various trees, though all so far checked are common. But it was good fun!
Today, I was less lucky with the micros and was returning to the car when I saw that the alien `Parrot`s Feathers` Myriophyllum aquaticum had unfortunately spread quite dramatically on this urban-edge pond. Bending down to take some photos, I noticed some damselflies perched on nearby lily-pads and, on looking, saw that they were one of the red-eyed damselfly species. My net could n`t reach them, so I took off my boots and socks and went in after them (not a good idea with the broken glass of these urban ponds).
Luckily, I missed the glass but did n`t miss the damselfly and it was the small red-eyed damselfly Erythroma viridulum, which was found, new to Wales by Glamorgan birder and moth-er Rob Taylor, at WWT Penclacwydd in 2012. 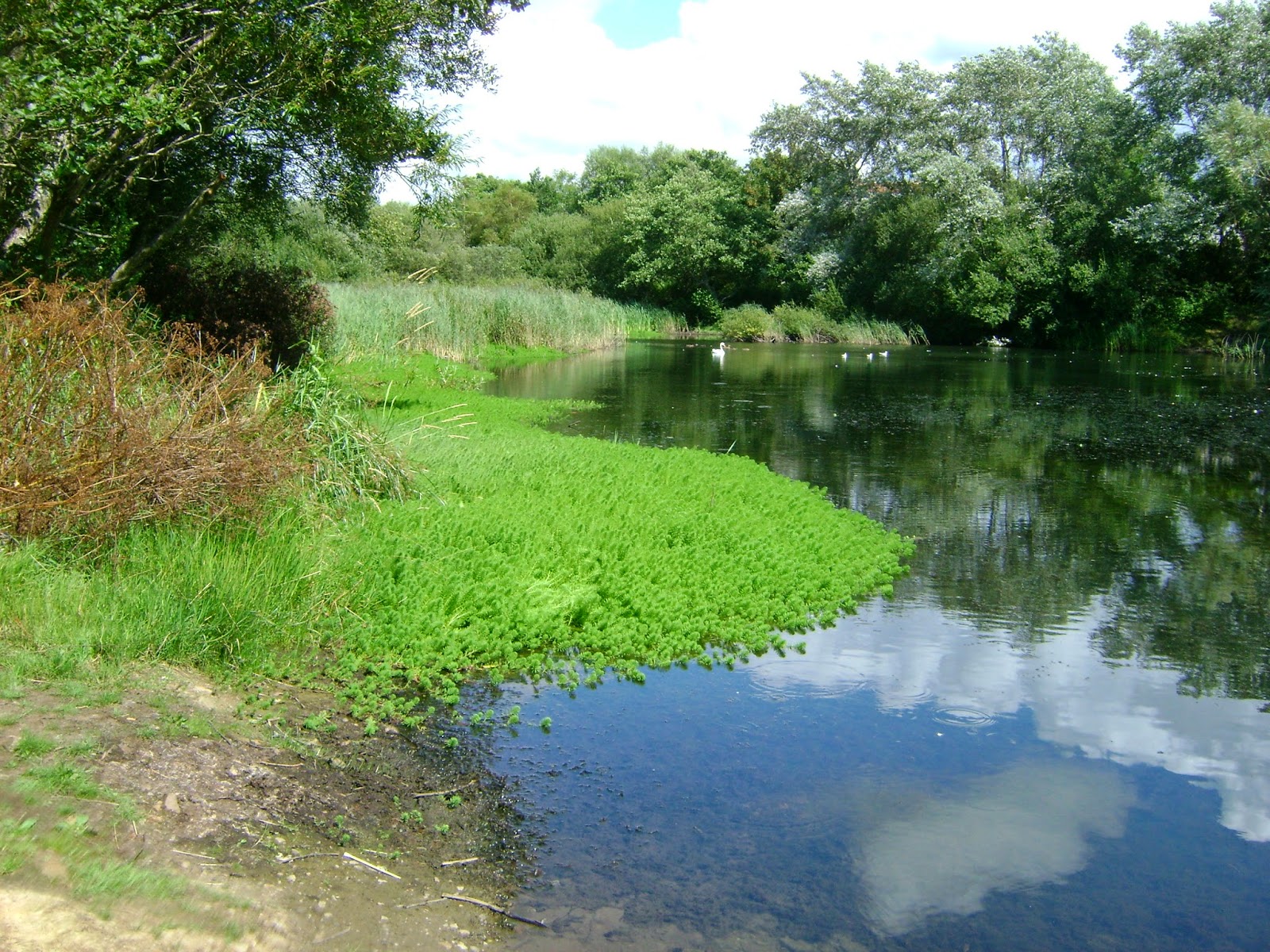 Above: Dafen Pond, Llanelli. The invasive alien Myriophyllum is  the bright green marginal plant. Incidentally, note the brownish patch of galingale Cyperus longuus on the left. 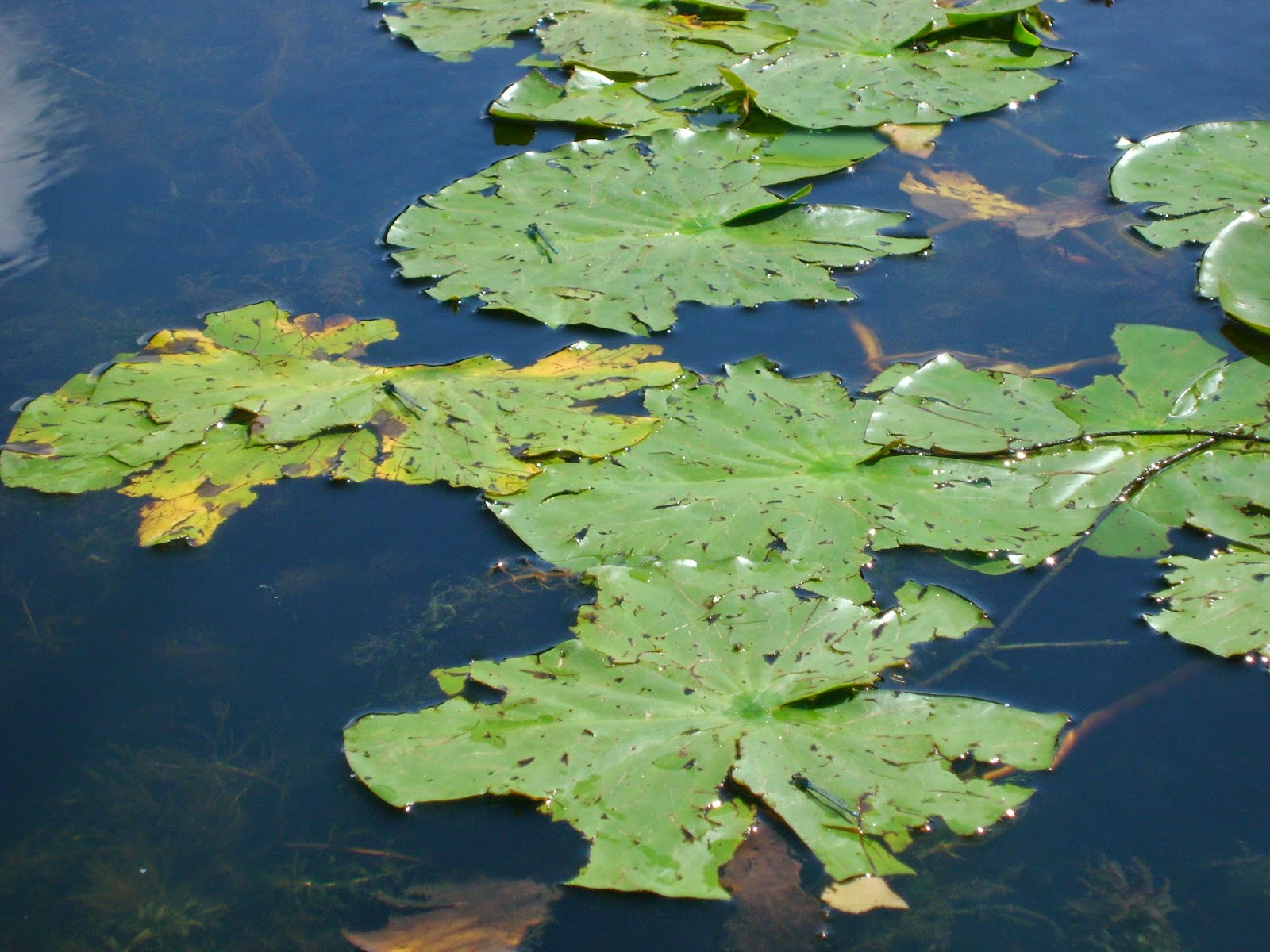 Above: note the damselflies perched on the lily-pads. 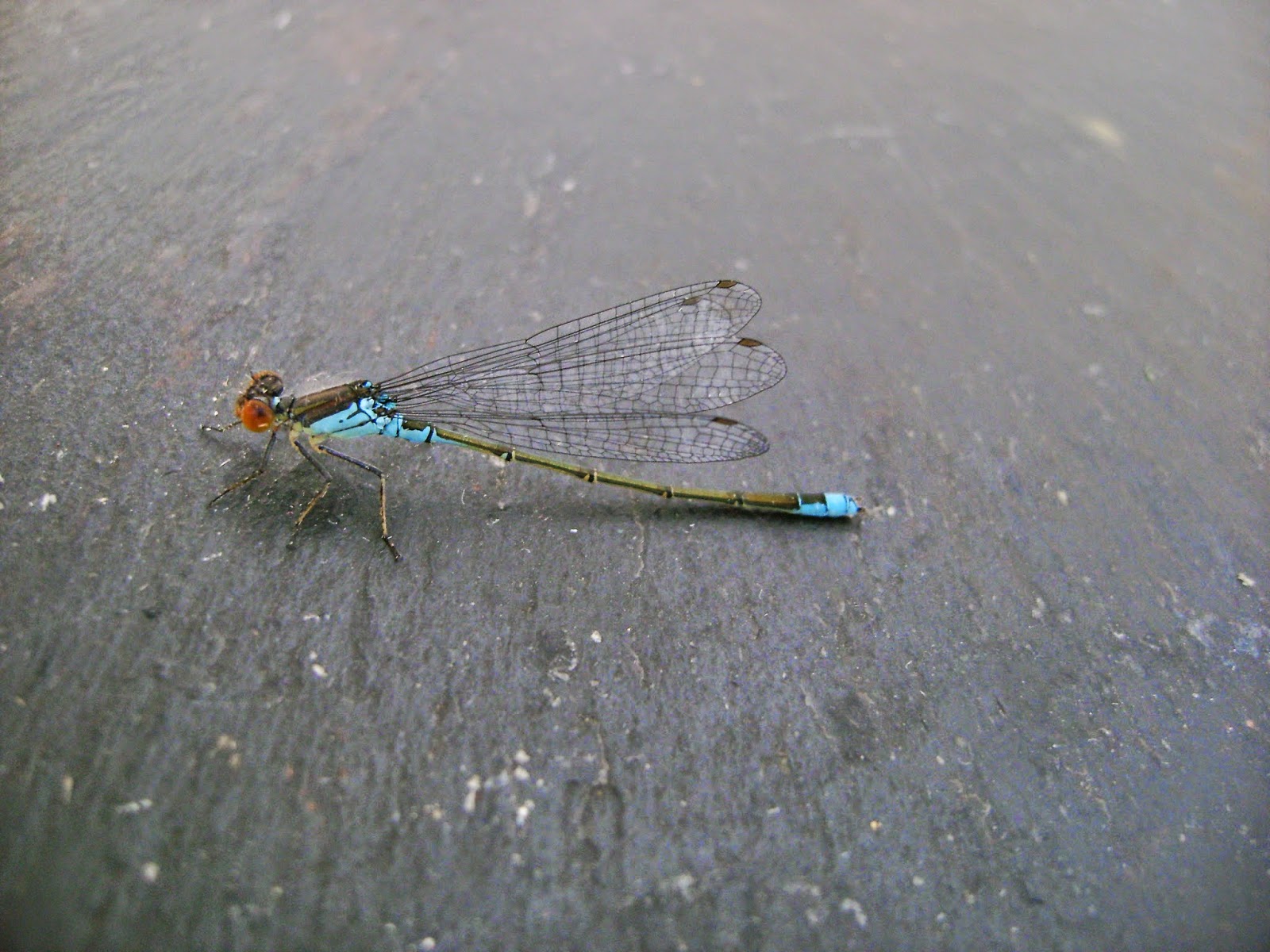 Above: one caught to photograph. Note the wedge-shaped forward extension of the terminal blue tail segments. The red-eyed damselfly`s blue tail does not extend forward in this fashion. This individual will be released back at the pond this evening.

Back in late June, Clive Jones informed me that he had had red-eyed damselflies E. najas at Furnace Pond, Llanelli, so both species are now recorded from SN50.
Posted by Ian Morgan