I`d hoped to set several traps out last night, as the weather was better than of late, but it was still forecast clear and windy at times, so I settled for just trapping in the garden. Apart from the omnipresent large yellow underwings, there was rather little variety (c 15 spp of macros), though five silver y`s was the best count of this migrant (for me) this year. If this was a `migration year` this current season would be exciting indeed - I often think back to 2006, when `good` moths came to you, rather than having to look for them!
Three pug species - currant, double-striped and a single tawny speckled were present, as well as a flounced rustic and a pale mottled willow, whilst careful examination of the egg cartons and the base of the trap revealed several micro-moth species. Some of the micros are shown in the poor photos below (please click on them to enlarge). Any help re identification or confirmation will be appreciated; the photos are numbered for ease of reference. 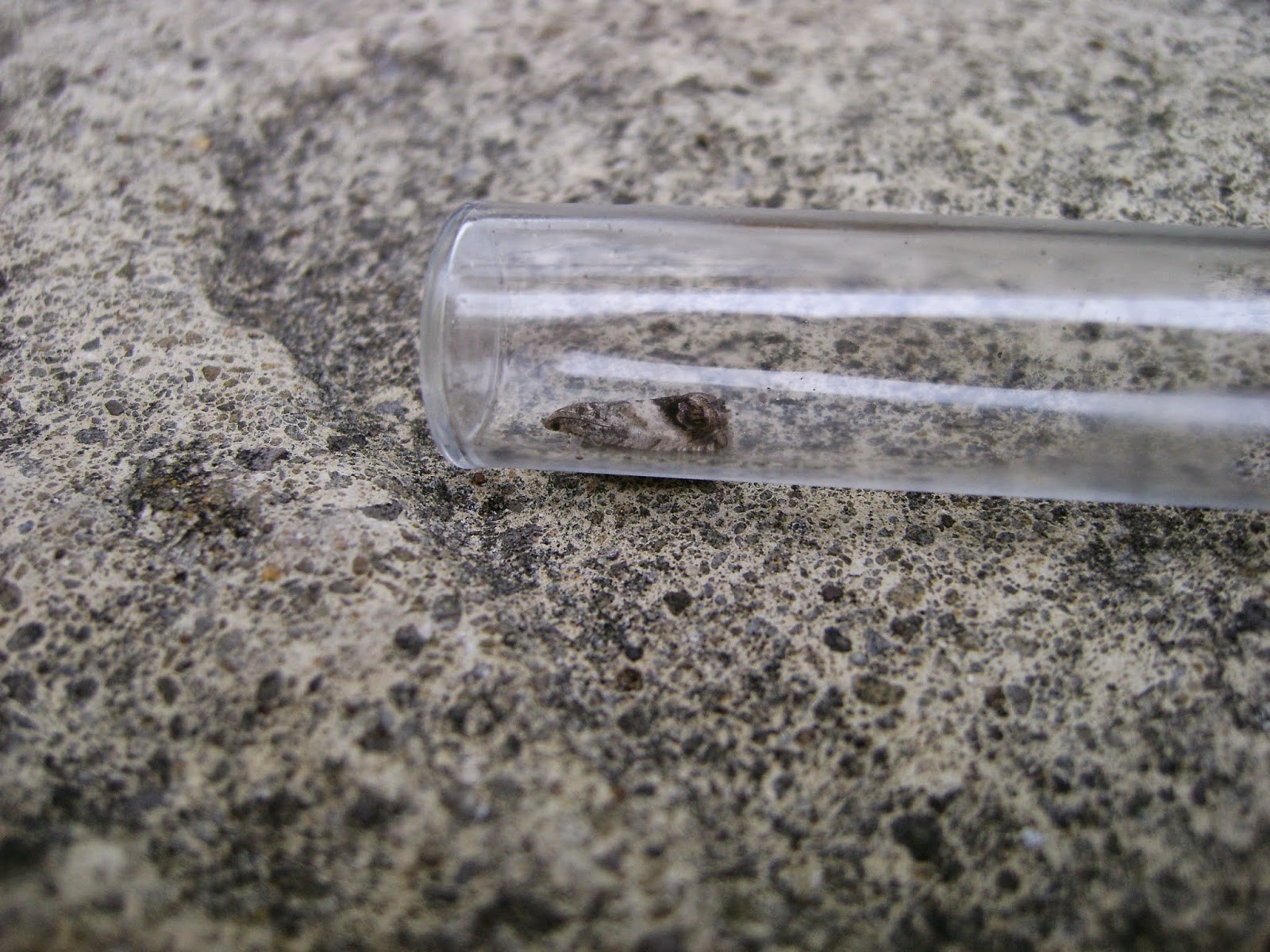 1. Above: is this Cydia splendana please? 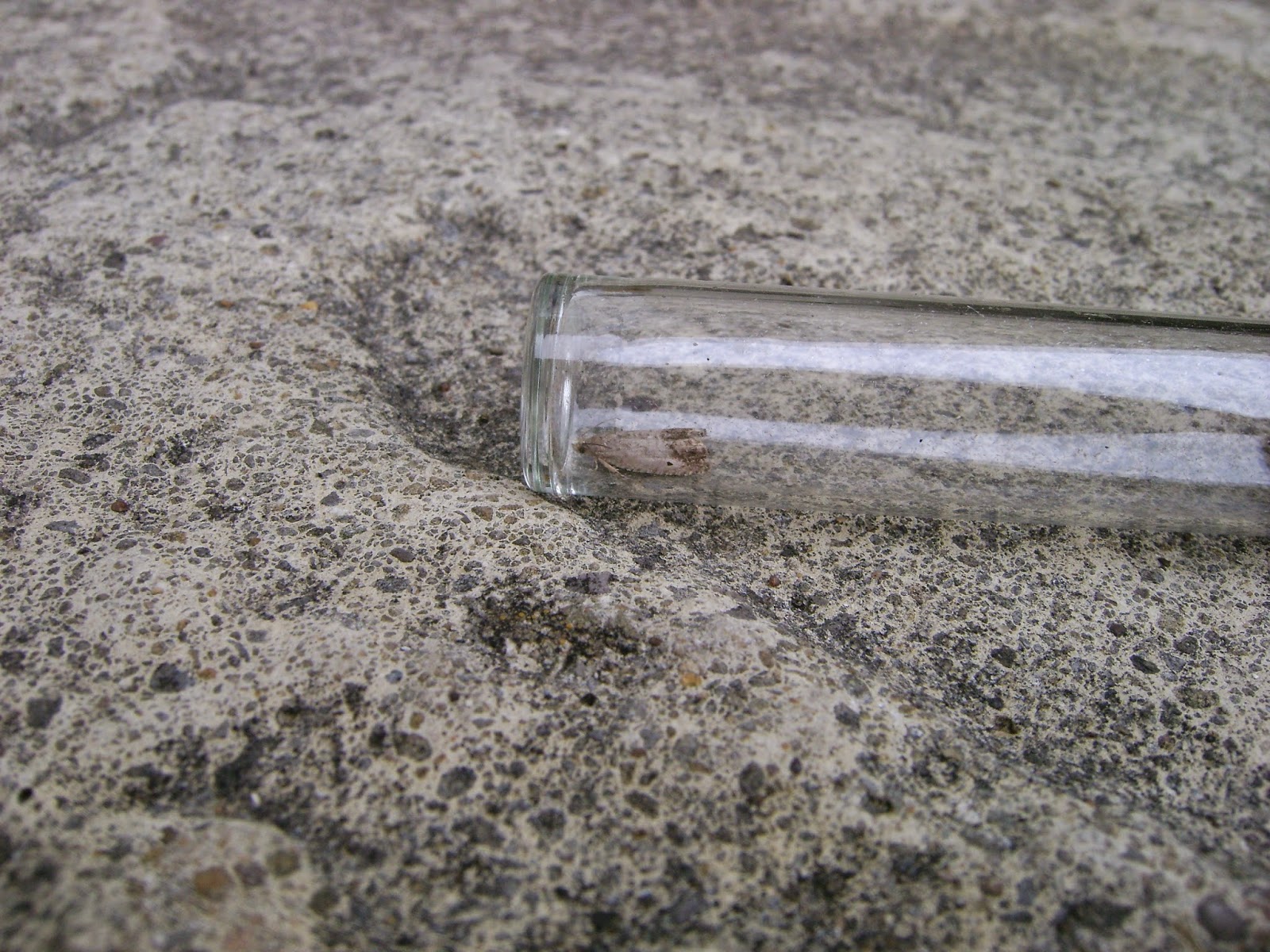 2. Above: what is this pale tortricid? 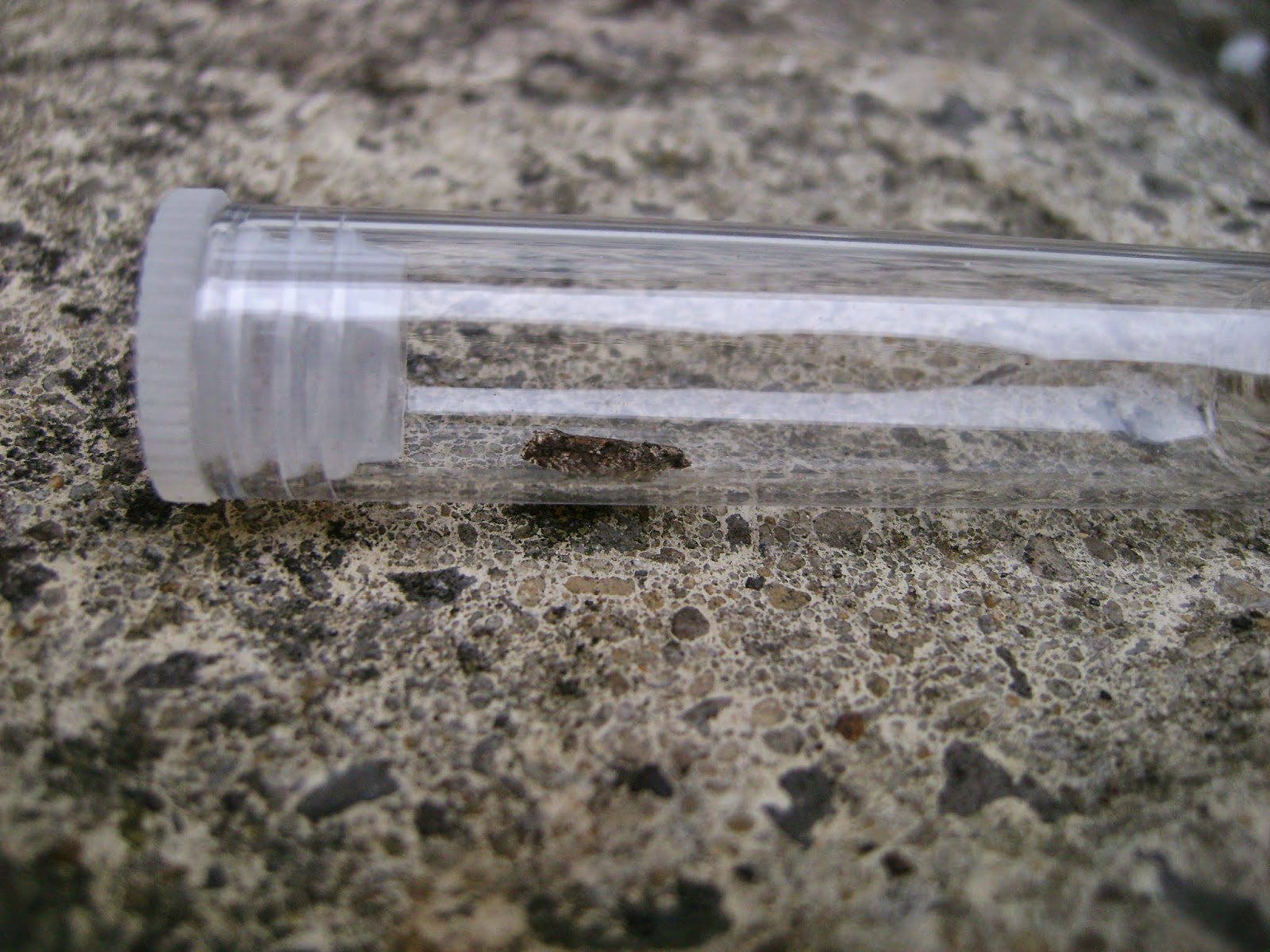 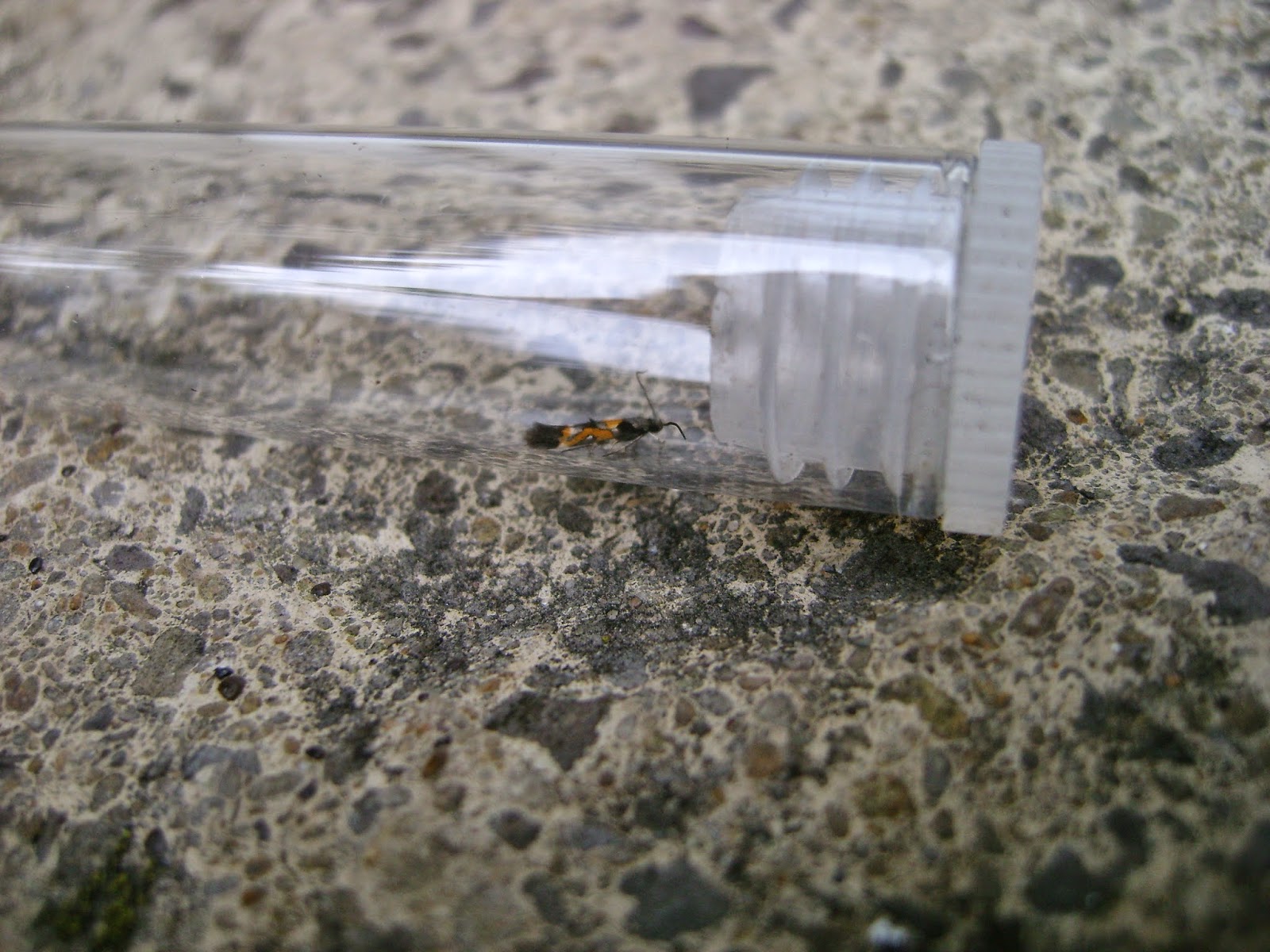 4. Above: Mompha locupletella? (a willowherb feeder). 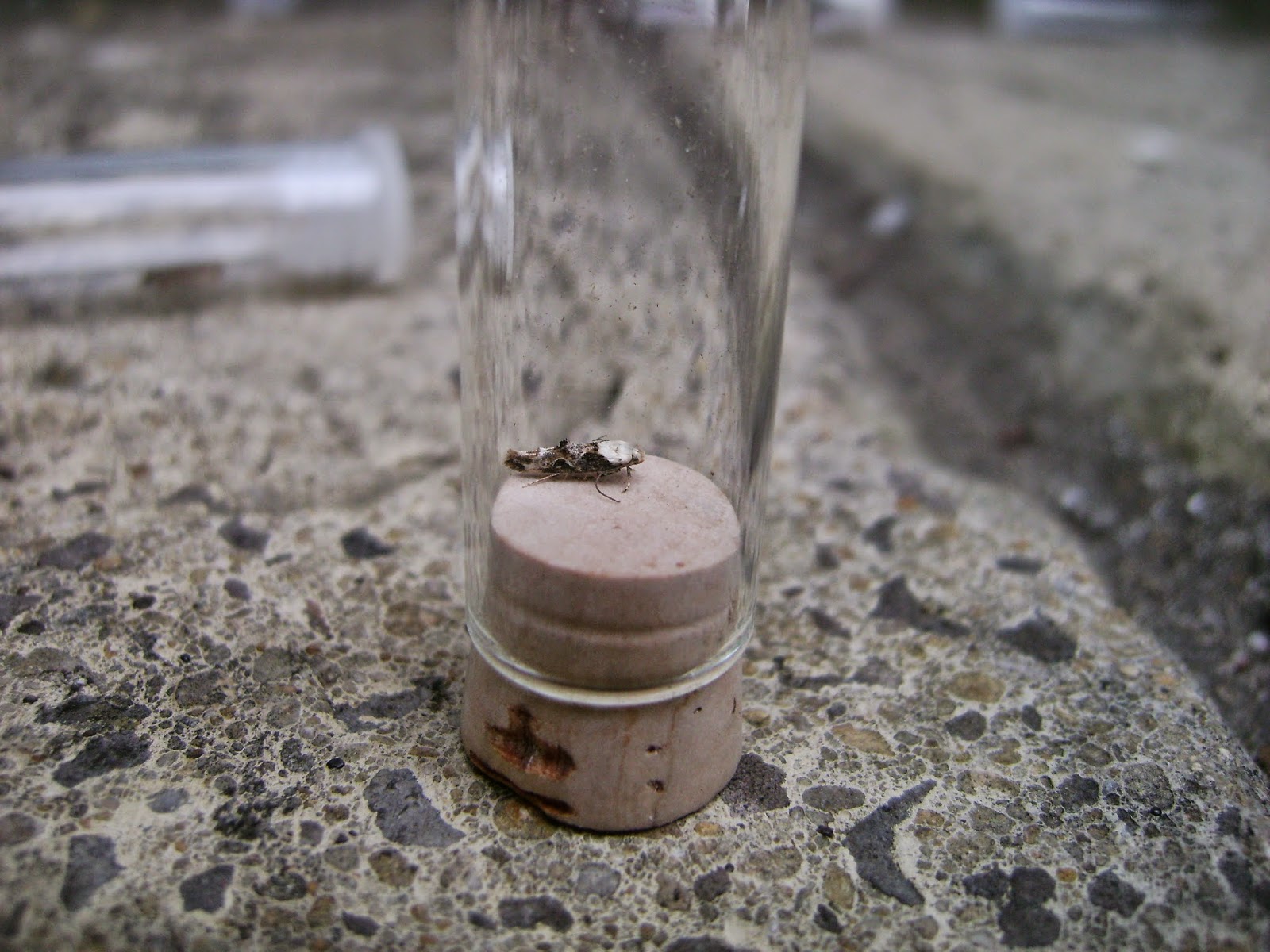 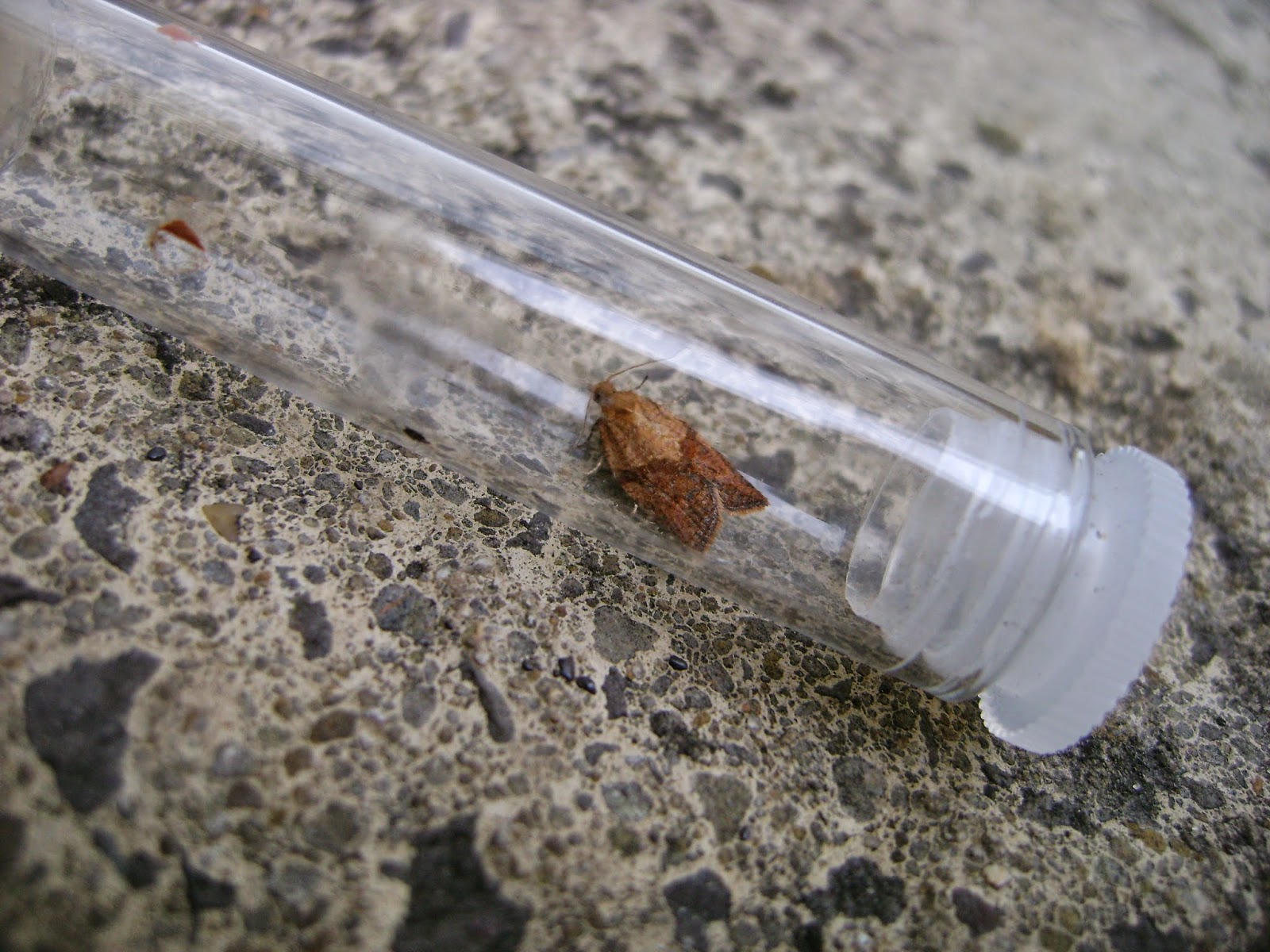 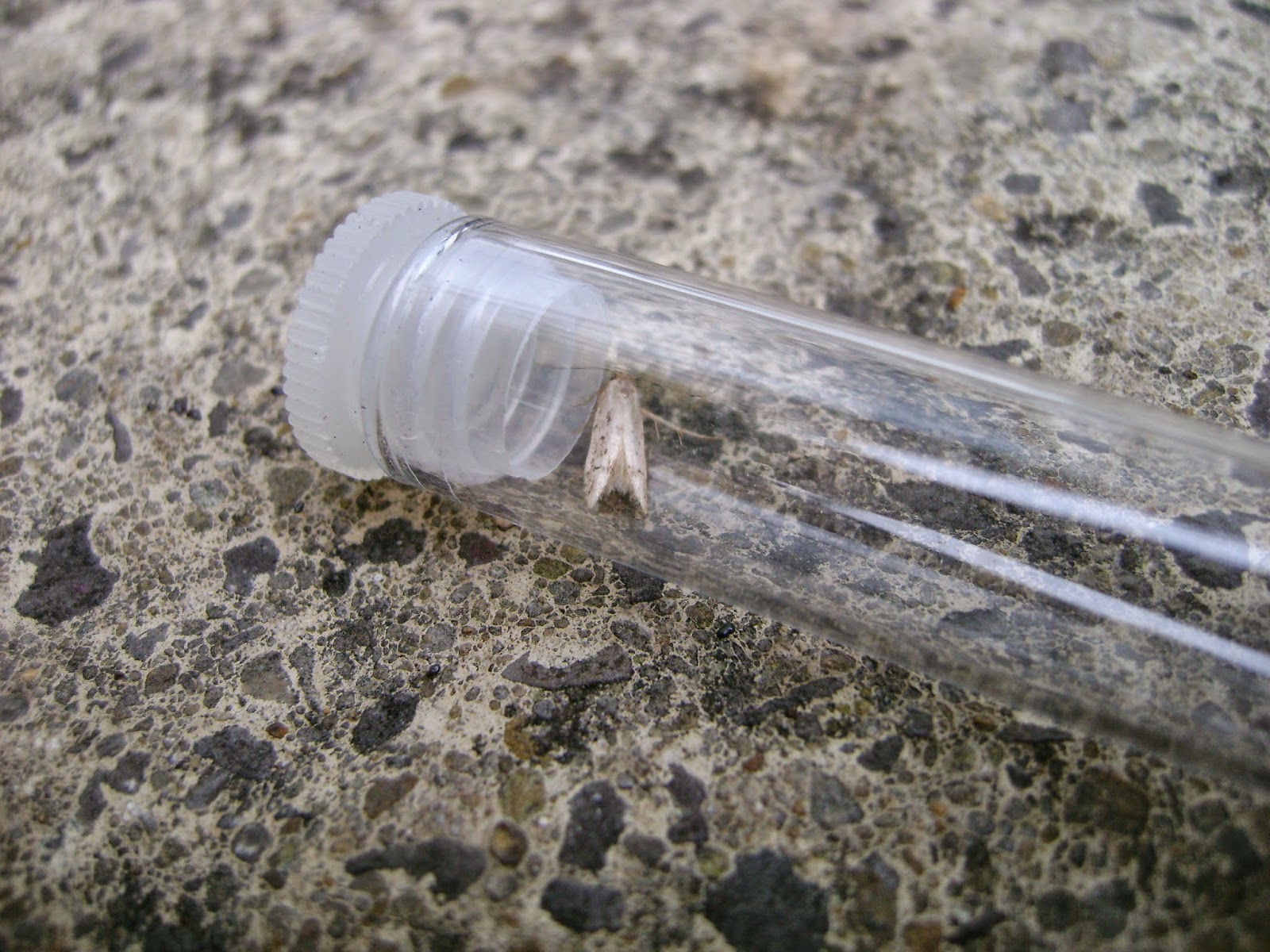 7. Above: I`ve had this before, but have forgotten - is it a Blastobasis sp.?

In a brief spell of sunshine, I ventured out to the garden on a patrol hoping to find a hummingbird hawk-moth, but found none - does this species exist? I did, however, chance upon the bug Corizus hyoscyami, a distinctive red-and black, mostly coastal species. 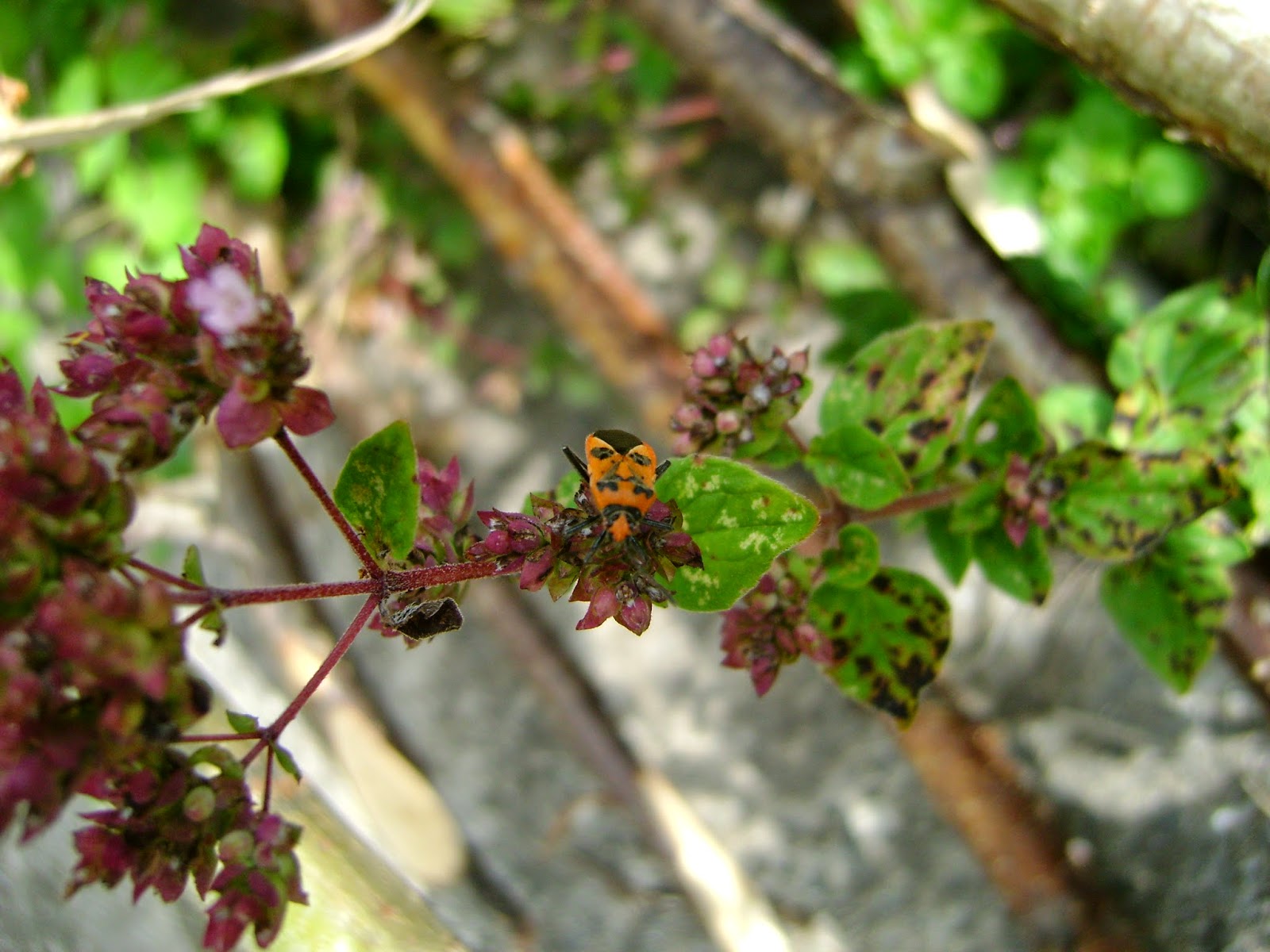 Above: Corizus hyoscyami inspecting my marjoram!
Posted by Ian Morgan