I read recently Mark Evan`s interesting recent successes in finding `daytime moths` on the Glamorgan Moth Group blog, including a find of a starwort caterpillar. I have seen this caterpillar in the past on golden-rod at the Garn-big ridge near Carmel but, not wanting to travel too far, I decided instead to have a look at Pembrey Burrows and Saltings LNR, where Jon Baker had caught an adult in recent years.
The weather continued windy, making sweeping en route across the dunes to the saltmarsh very difficult and nothing was caught. On the saltmarsh itself, I carefully searched many plants of sea aster (the starwort`s food-plant in this habitat) and, later also tried sweeping - but no luck. It also made me think how the caterpillars would survive inundation by saltwater (we`ve had some very high tides recently) - so perhaps they only use sea asters at higher levels on the saltmarsh? 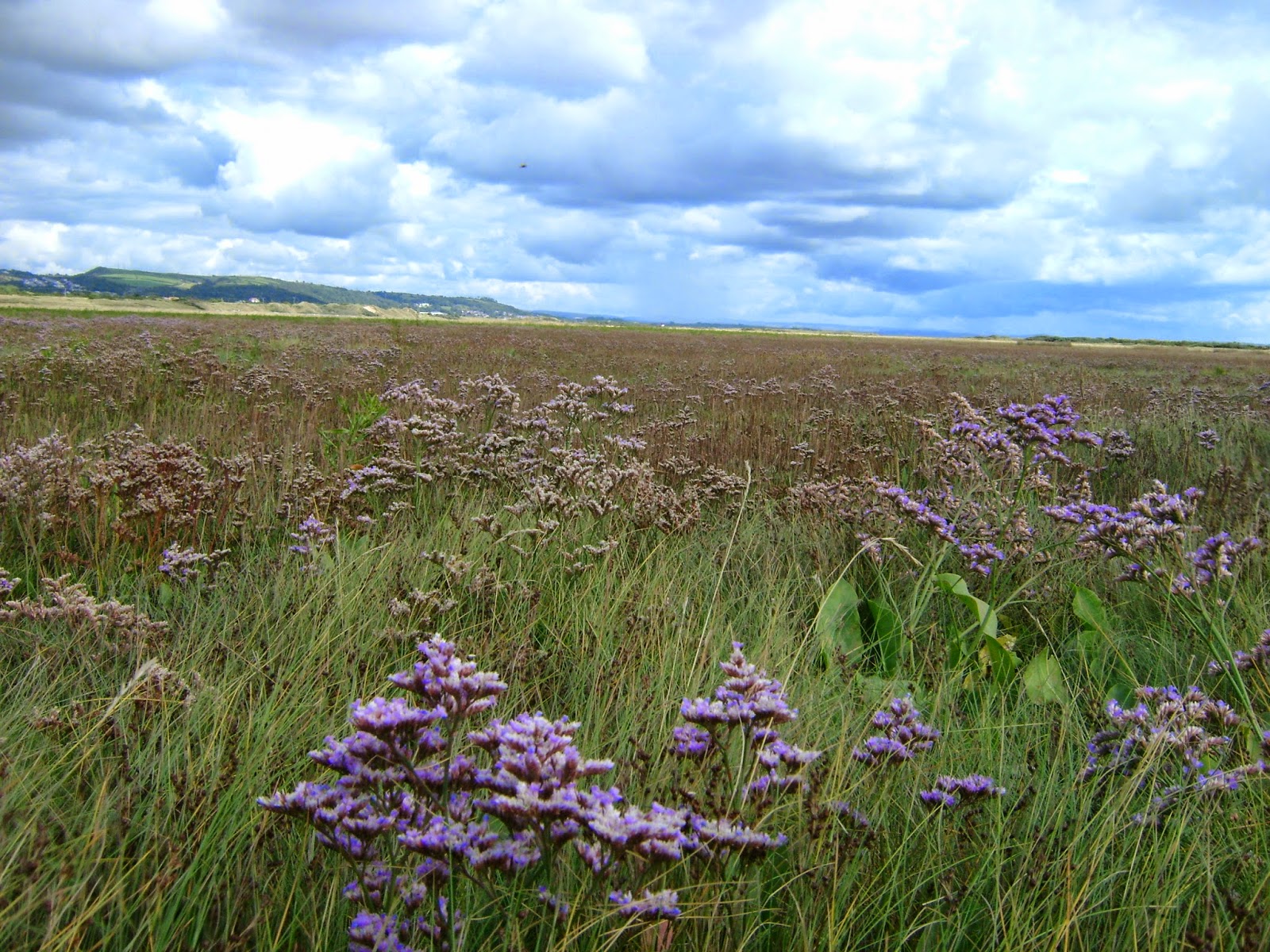 Above: view eastwards across Pembrey Saltings, the area searched for starwort caterpillars. (Seeing all this sea lavender made me fantasise about a certain south coast plume moth!)

Frustrated by the wind, I went to an area that was marginally more sheltered, an area of mixed woodland plantings and sunny open  areas in the Millennium Coastal Park near to Burry Port. Here, my luck changed for the better when, almost immediately I saw a clouded yellow (the normal dark yellow variety) and then flushed a yellowish moth, which re-landed briefly affording my a half-decent view before it flew off again. It was a dark spinach, a species that I`ve had a couple of times along the Llanelli coast.
Looking around, I could see why it was there, as I was following a route that was rich in chenopods (oraches and goosefoots), that had grown following excavation for a pipeline earlier this year. The periodic abundance of chenopods due to mechanical disturbance, or the ongoing disturbance by grazing horses, favours dependent moths such as the dark spinach, as well as the nutmeg (which I caught in some numbers near to today`s site, a few years` back). 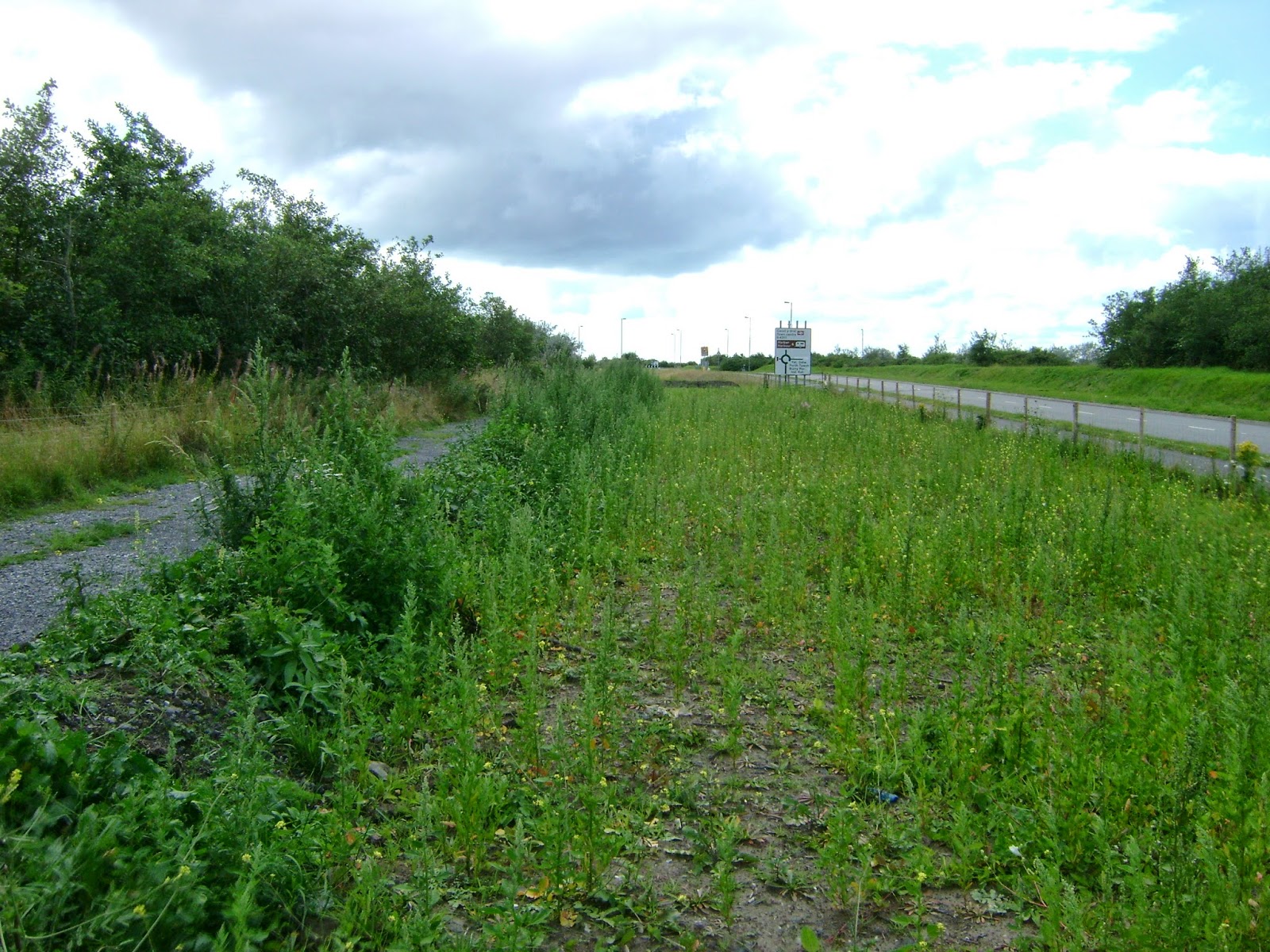 Above: just part of the area covered by mature and younger chenopods - looking west along the southern link road to Burry Port.
Posted by Ian Morgan