We returned to the cliffs at Bannau Sir Gar today, mostly recording plants on the fabulous `hanging gardens` on the precipitous rock ledged but also - of course - on the `look out` for moths.
We took a new route today, rather than the tried and tested climbs that naturalists have traditionally taken on these imposing cliffs (as we ourselves did last week). In the photo below, we climbed the crags in the centre of the photo, rather than following the deep gash of a gully that is to the far right. The rationale was to try a new route, untried by botanists and others, and hopefully obtain some wildlife surprises. 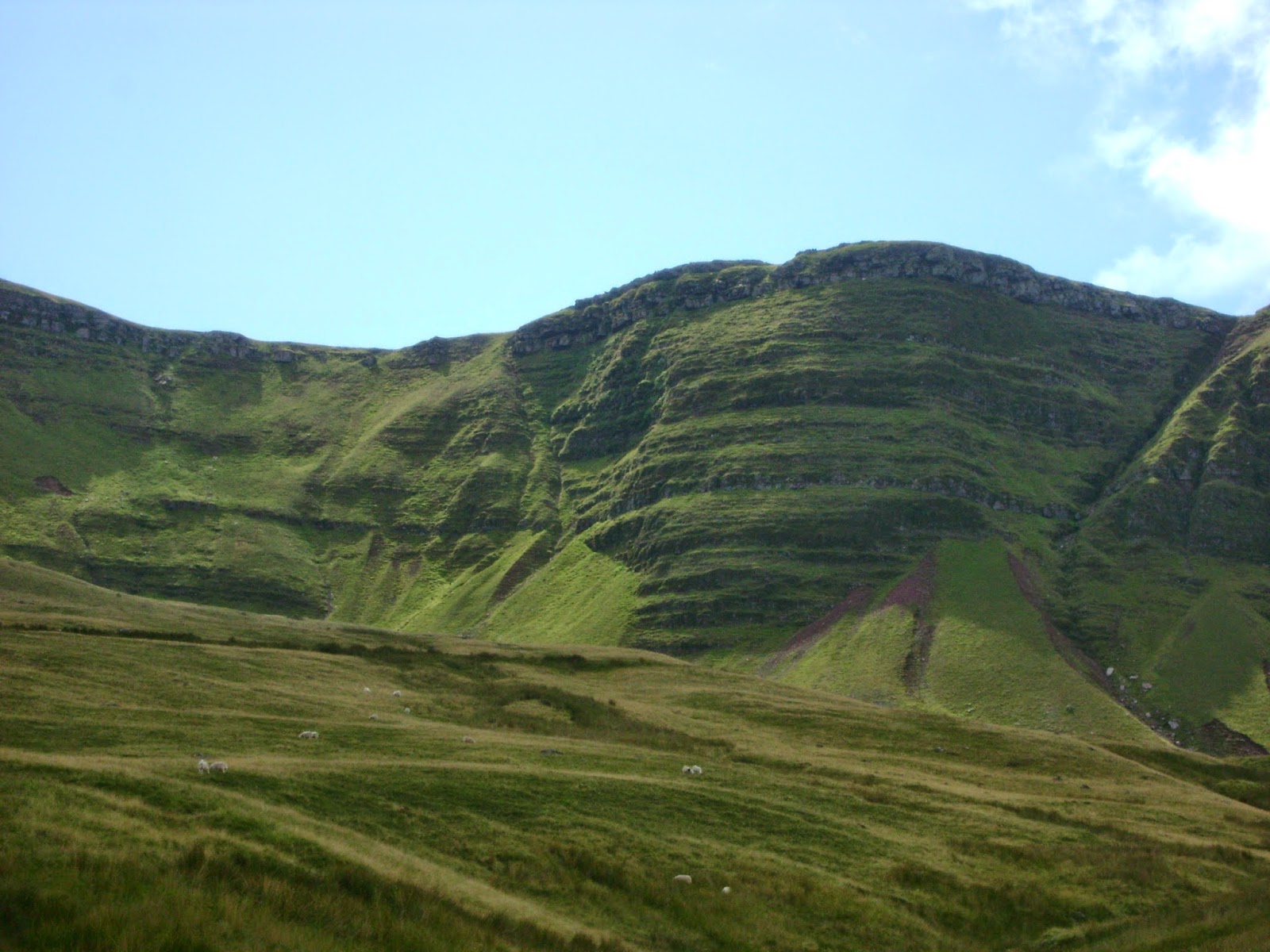 The climb was difficult and literally on all fours in parts, with steep drops ( I did n`t look down!), but the plants were stupendous, growing in these areas that are too steep for sheep. The moths were conspicuous by their absence - I saw only about half-a-dozen twin-spot carpets (not grey mountain carpets!) today, whereas last week I saw scores. The photo below shows a mating pair - note the feathered antennae on the right-hand individual; the photo was one of  several taken at arms` length whilst climbing, and luckily this one was in focus. 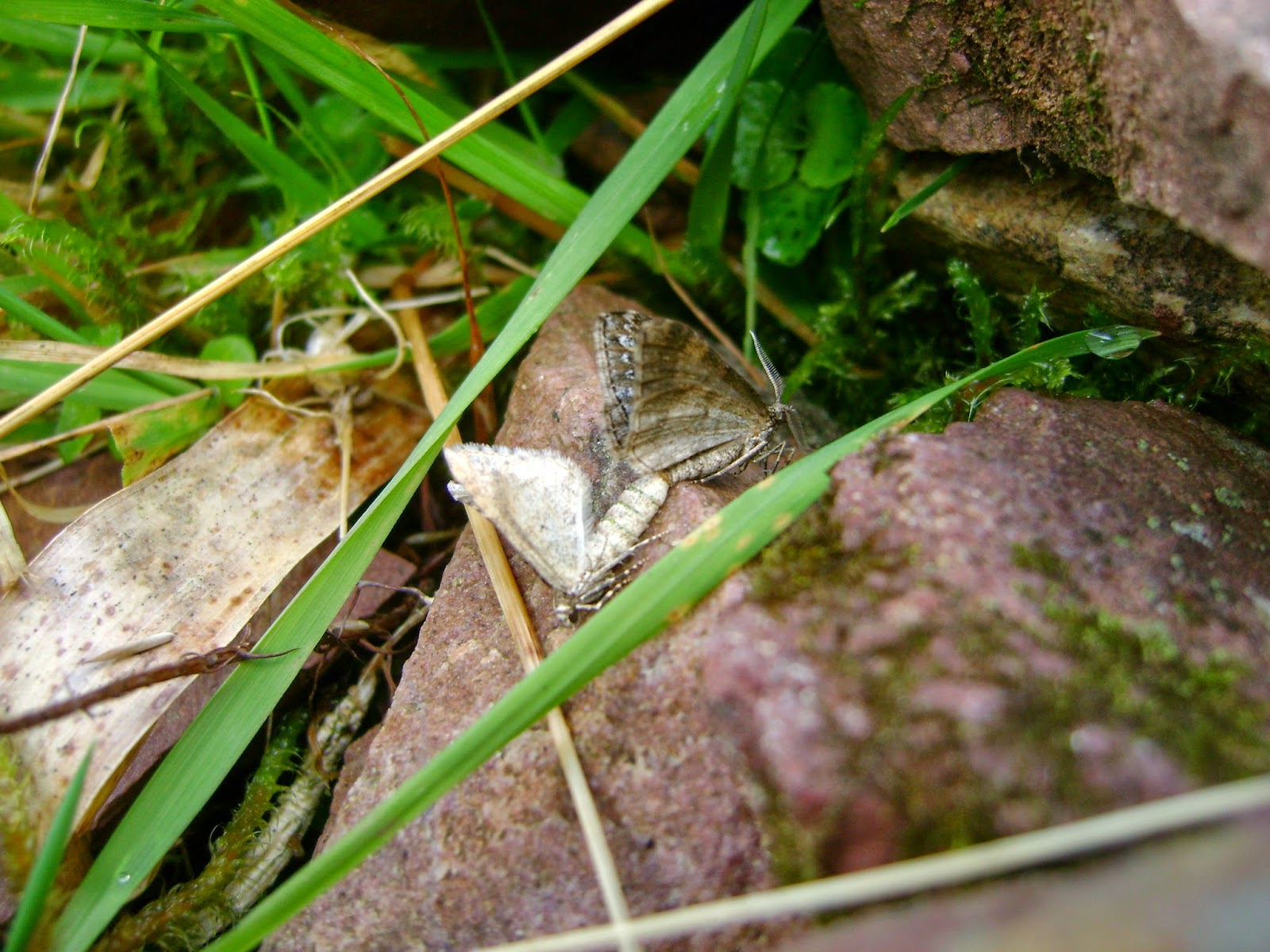 I also saw a medium-sized brown noctuid in flight, but obviously did n`t catch it - and it would be pointless to speculate as to its identity. 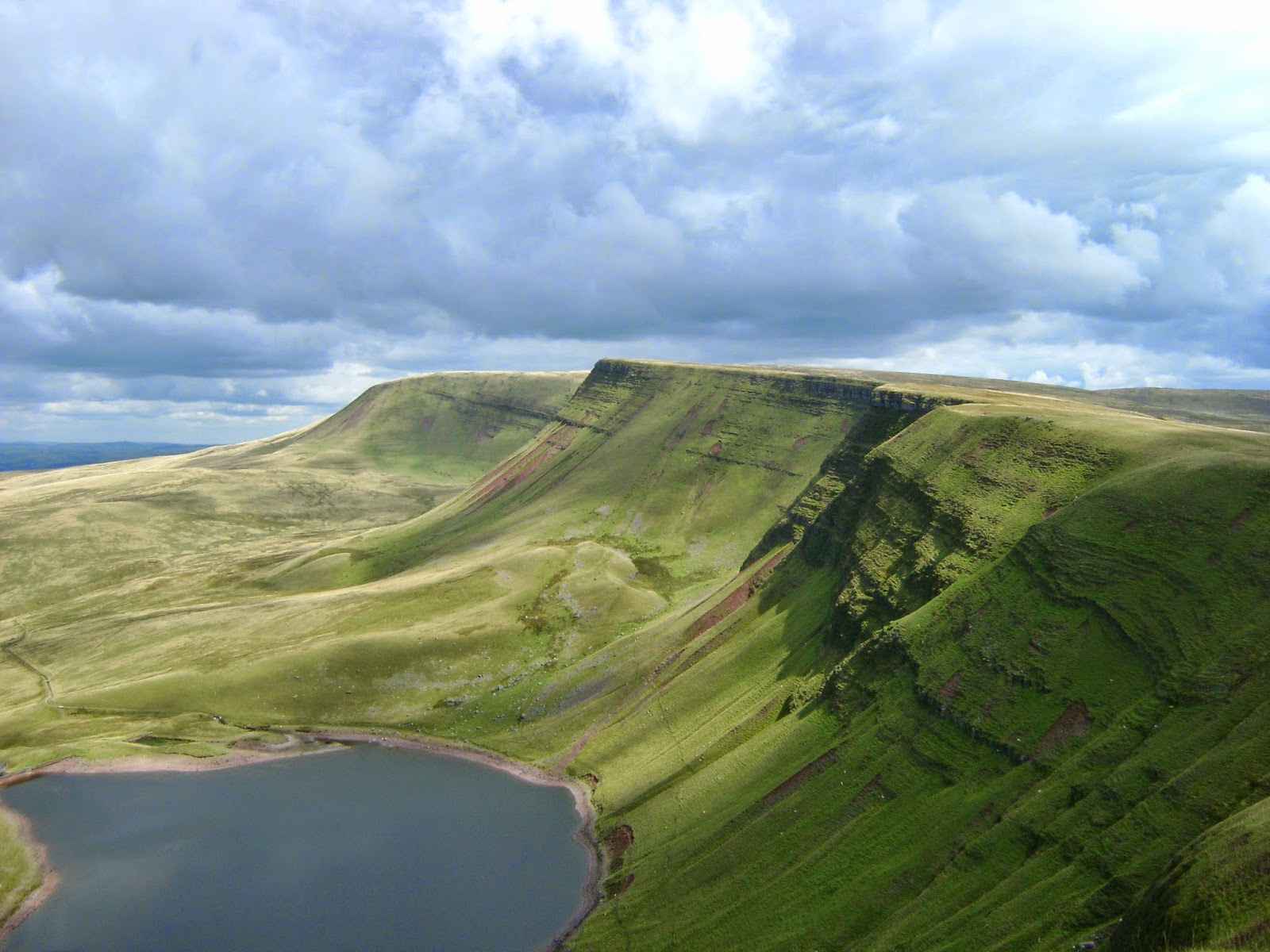 Above: a final view of the cliffs - one we climbed was in the middle distance. Not for those with vertigo!

Not the best weather tonight for moth trapping, but I will put out the home traps just in case something turns up.
Posted by Ian Morgan