In the heather at Llyn Llech Owain.

A visit was made to Llyn Llech Owain near Gorslas this afternoon, walking through the plantations and along the board- walk over the bog that surrounds the lake. The Country Park sits astride very acidic Namurian quartzites and grits that lie above the adjacent Carboniferous limestone band, both of which form a ridge which demarcates the northern edge of the South Wales Coalfield. Whilst the afternoon was sunny, it was quite blustery at this ridge-top site and only the occasional small tortoiseshell butterfly was seen (though black darters Sympetrum danae (a moorland/peatland dragonfly) were sunning themselves on the board-walk). 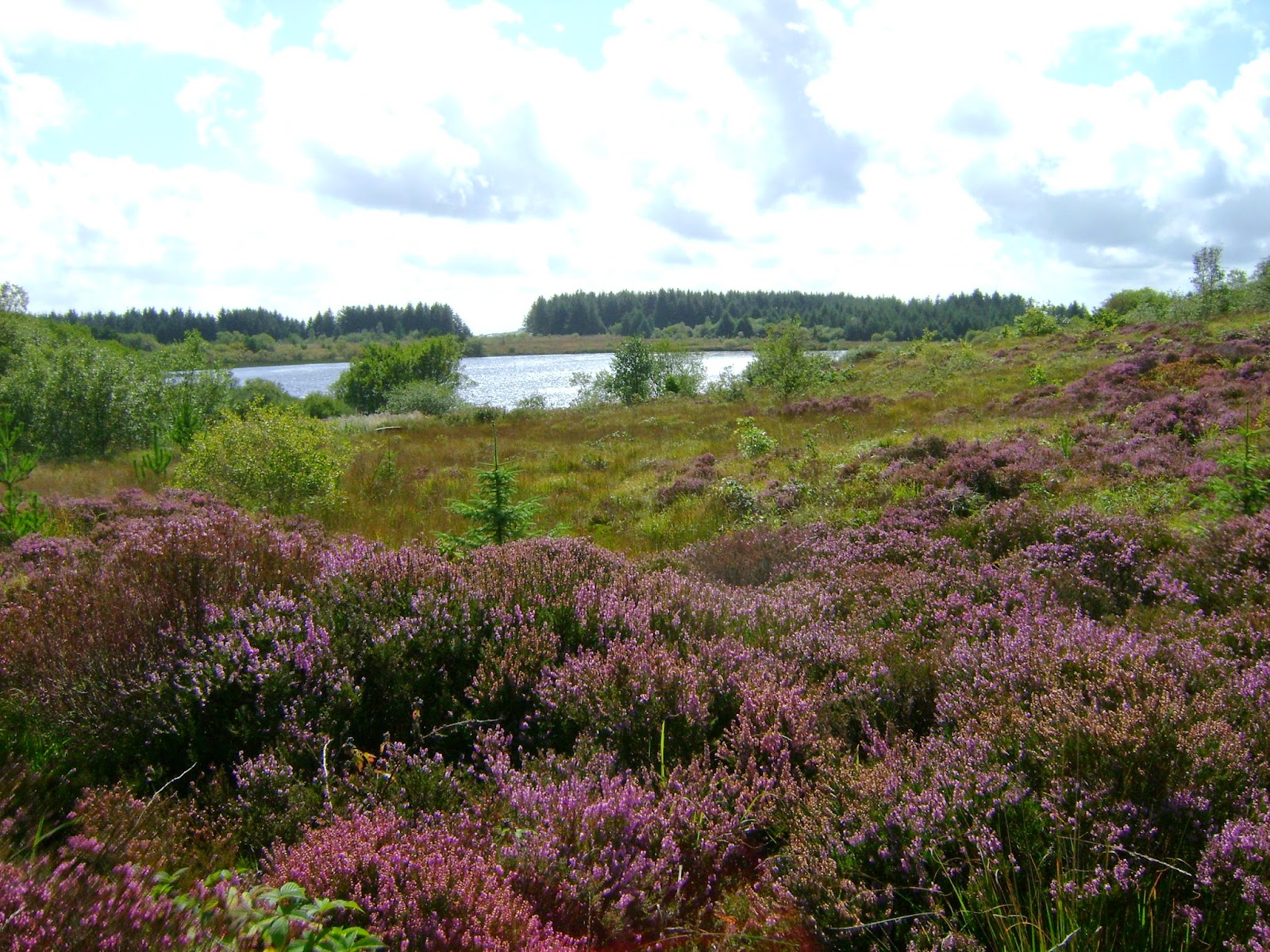 Above: looking across the heather (where the caterpillars were found) towards the lake.

Given the gusty wind (and with no luck after beating some bushes etc), I`d assumed it would be a moth-free walk but, whilst walking through the heather that clothes the ridge-top path at the northern edge of the site, I dislodged a caterpillar of the easy-to-recognise beautiful yellow underwing, a very local moth of heathery sites in the county. 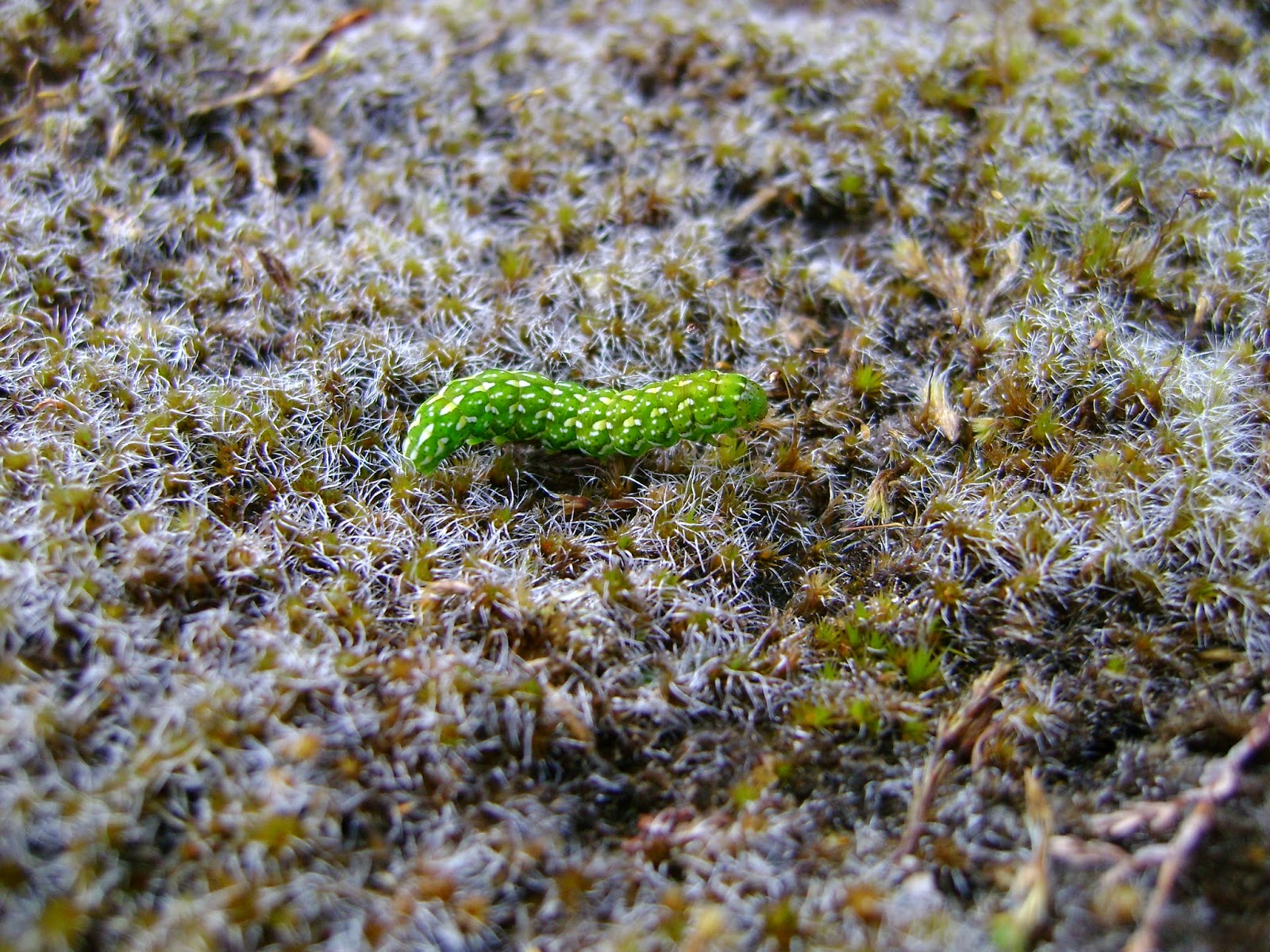 After this accidental success, I started to `sweep`the heather in more sheltered hollows and caught another caterpillar of this species, as well as one of the smaller ling pug (again quite distinctive with its purplish-pink hue). It might be profitable for others who live near a heather-rich site to try sweeping and beating with their nets in the next week or two, to see if useful records of these local species can be made elsewhere. Patience and some persistence may be required, as I only had a few caterpillars, as already noted above.
I also flushed a few tortricids, one of which I managed to net - believed to be Eupoecilia angustana, the heather-feeding form, var. fasciella. 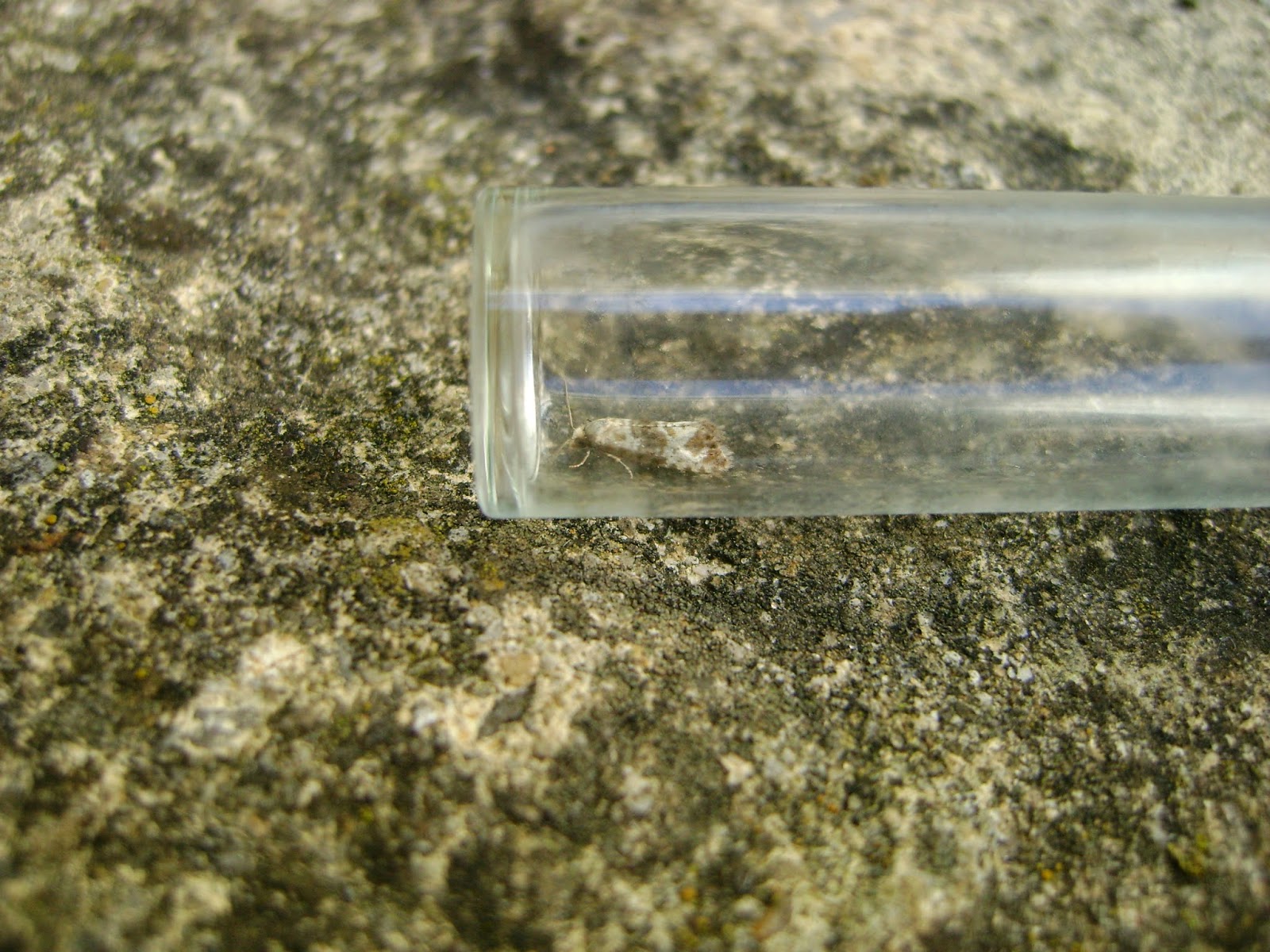 The beautiful yellow underwing may be a new record for SN51, though I seem to recall Barry Stewart having ling pugs along the ridge at Carmel, back in the 1990s?
Posted by Ian Morgan