I had to pop to the shops to get some milk this afternoon and, as I had been inspired by Sam`s `tansy posting`, I checked out some stands of tansy and other plants on a surviving brownfield area. Unfortunately, the wind was gusting very strongly at this coastal site and butterflies (but no moths) were only seen when flushed, rather than flying of their own volition. Many common blues and some gatekeepers were thus seen but I was also startled by a rather white butterfly that suddenly flew off (and was blown some distance by the wind). My first reaction was `marbled white`, but it `looked wrong`.
When I caught up with it, I could see that it was a clouded yellow - not the usual yellow variety, but the pale form helice ( as far as I could see with the upper wings, it was n`t a pale or Berger`s clouded yellow). Note the small sliver of pale off-white upper-wing showing in the photo below; I had more extensive views in the field. 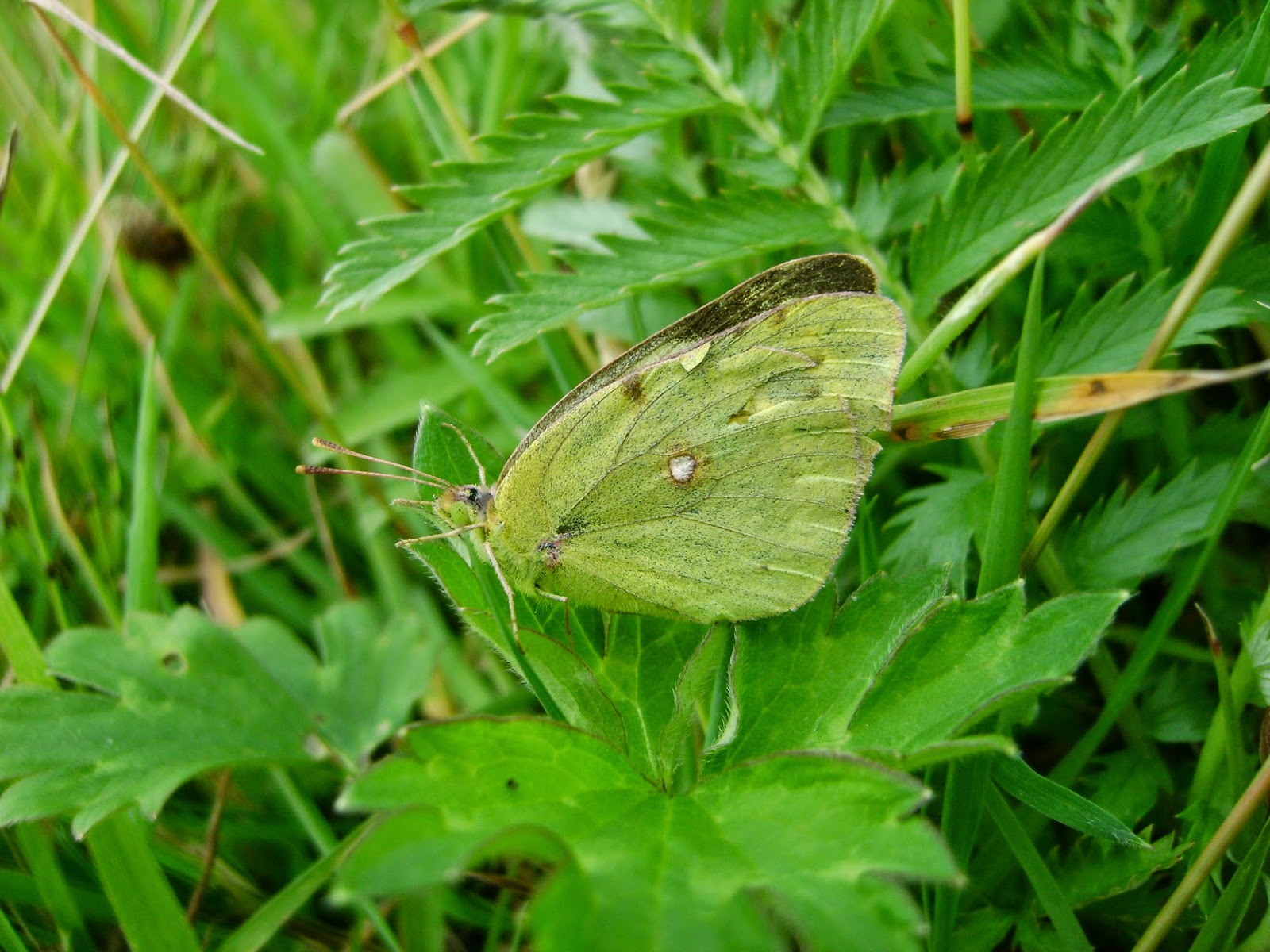 I had no luck sweeping or beating tansy (or other moth-productive plants such as fleabane or broom), and I suspect that most moths were avoiding the strong wind by being tucked away deep in the vegetation. I`ve checked the frequent clumps of tansy at this site in the past, hoping for the tansy plume, but had no success. I did however, note a safe area suitable for leaving an actinic trap overnight - perhaps something for later this season or next year. 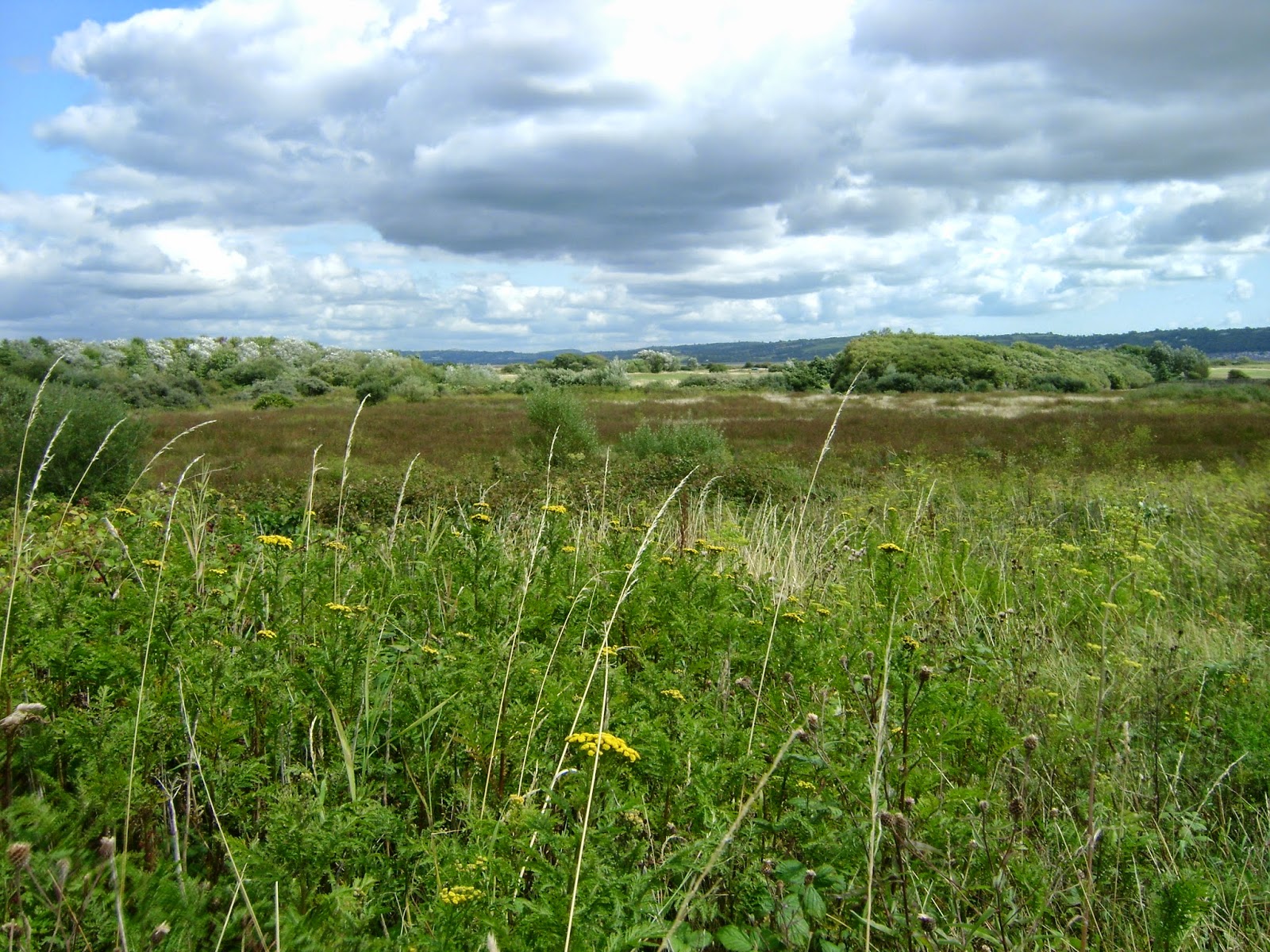 Above: the Machynys locality, with plenty of floral diversity and varied structure (tansy in foreground). I`m sure that someone with Sam`s field skills would find plenty of interesting records at a site such as this, though today`s wind would have hindered him too.

Back home, I noticed the caterpillars below on a few apple leaves. There is a micro-moth called the `apple leaf skeletoniser` (one of the Choreutidae), but I`m not sure at all if these caterpillars belong to that species. The caterpillars in  the photo below have long dark setae when viewed under a hand lens. Any suggestions please? 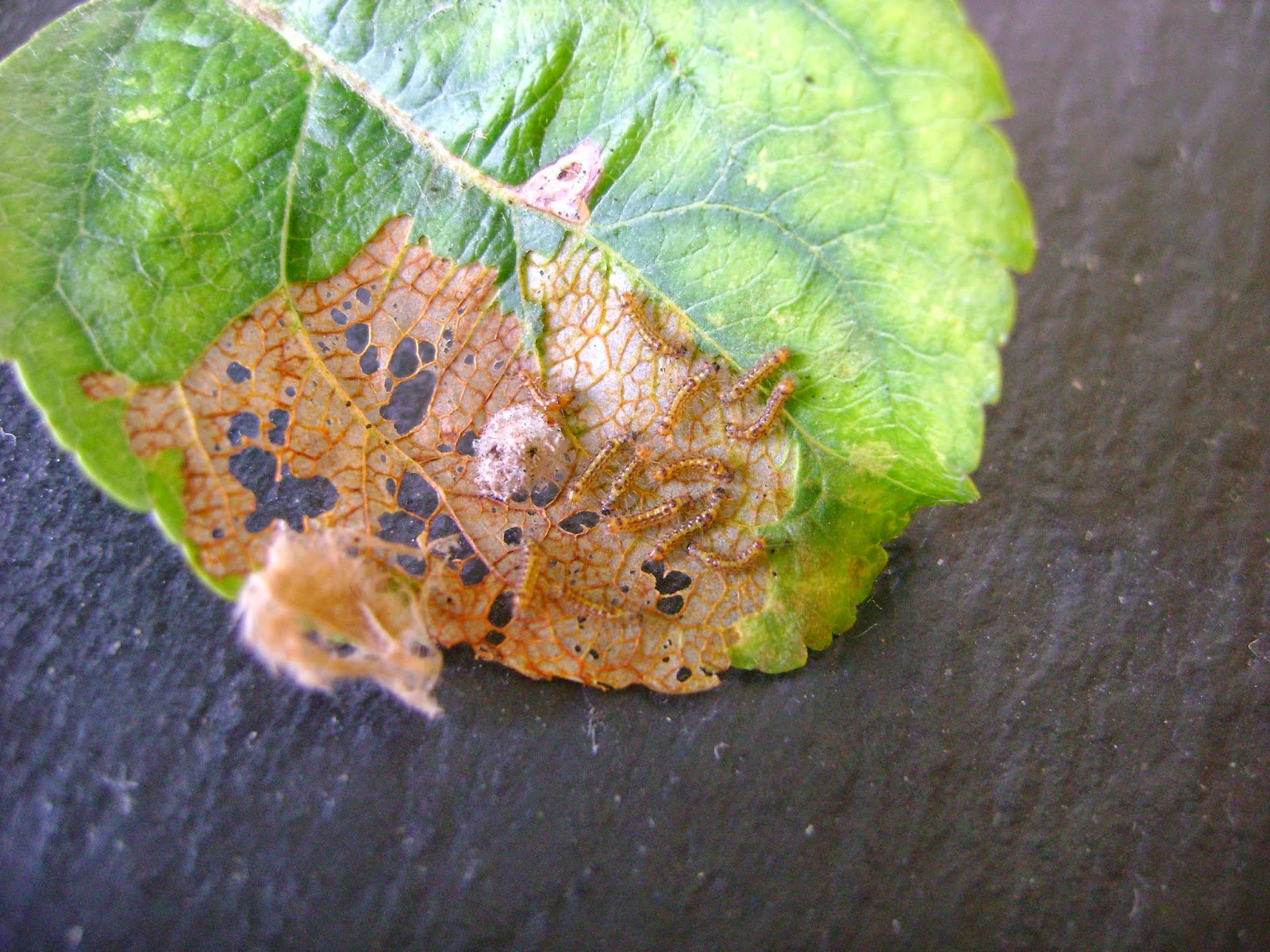