When I first developed an interest in moths as a teenager, the art master at my school used to save any moth that entered his study during the evening and greet me in the morning with the words "I've got another beastie for you".  I still correspond with the master in question, who's well into his 90s and celebrated locally in the East Midlands as an artist and poet.
Last night my two actinic traps became sparsely populated with mostly common species.  The two worthy of mention are: 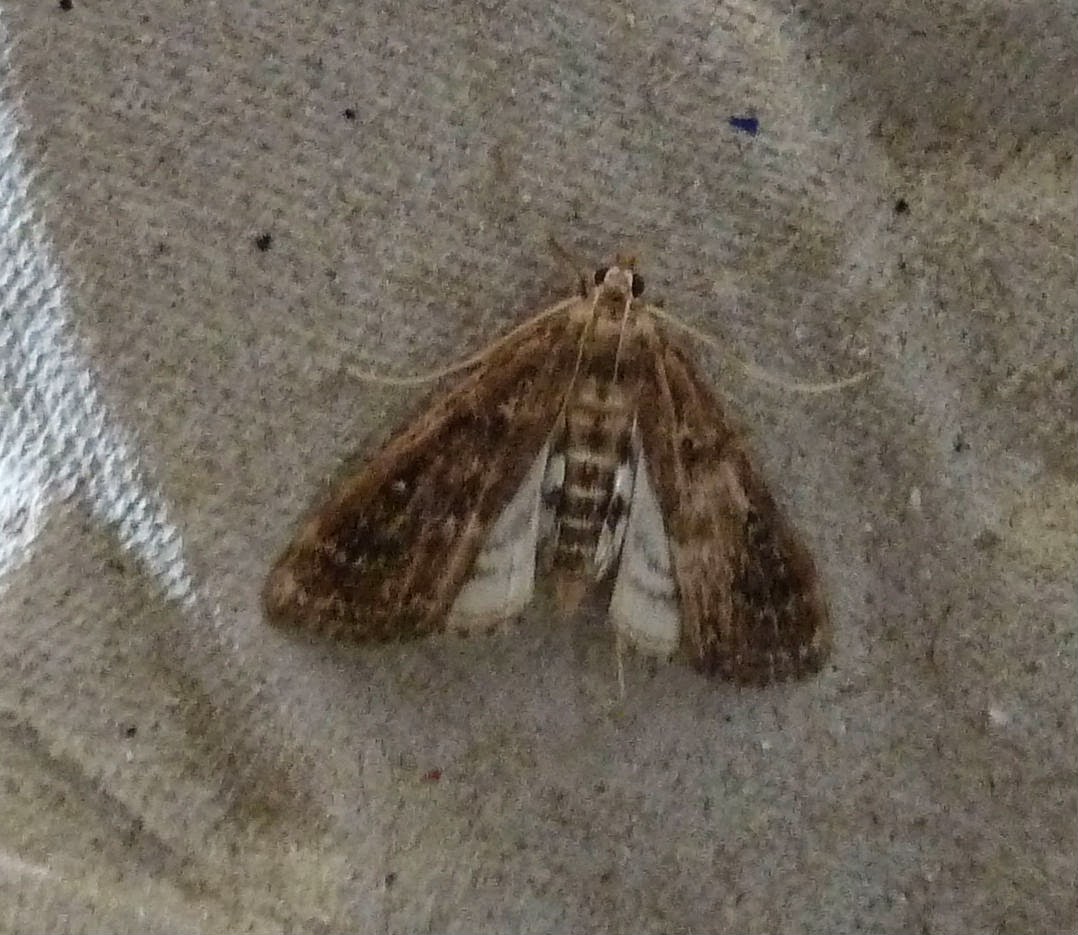 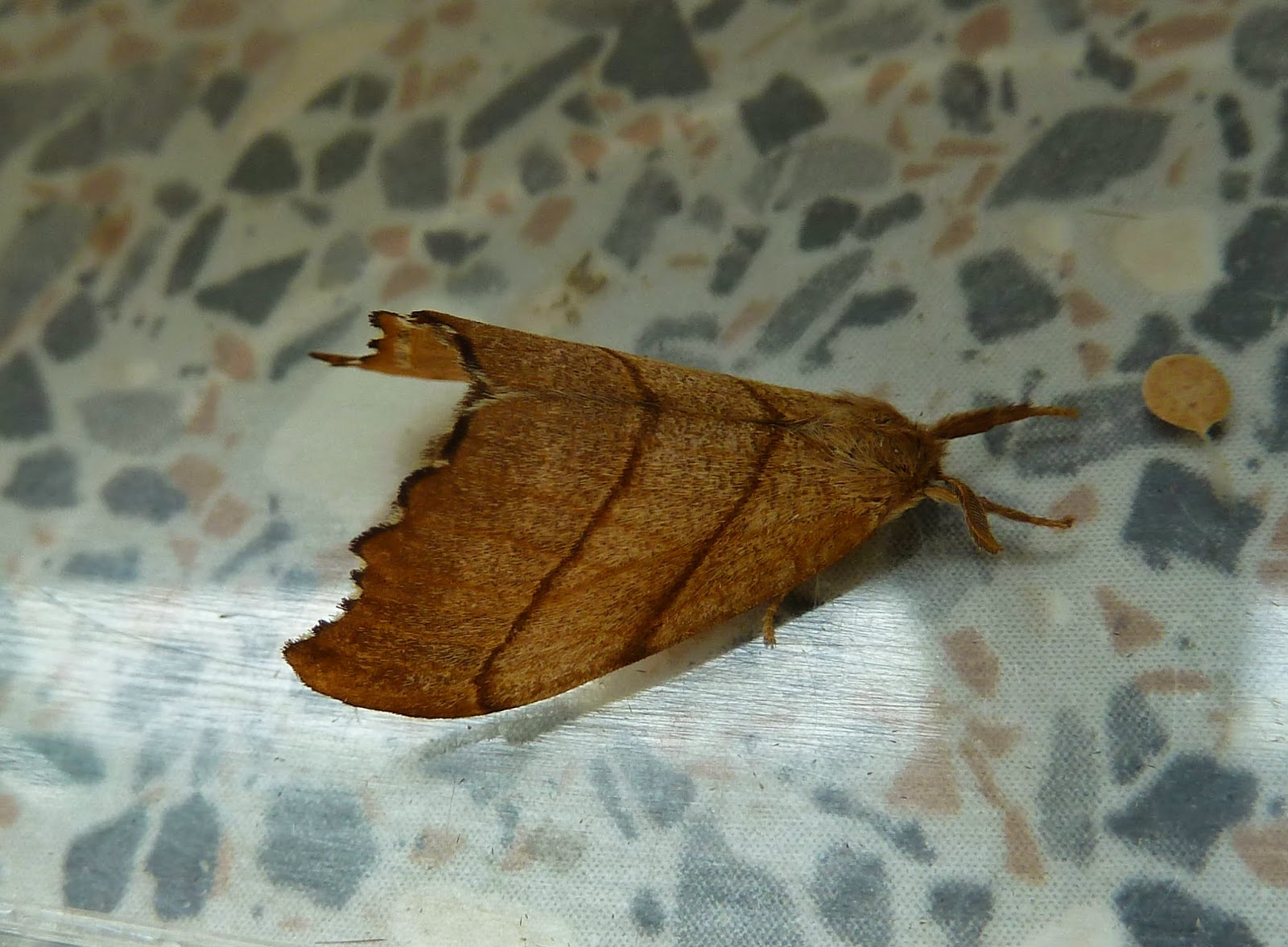 The arrival of the latter species was particularly pleasing because I hadn't seen it before.  This is perhaps a little surprising because it seems to be quite common in the County.
Sadly there was no re-appearance of my 'Mystery Moth' from earlier in the week.  Apparently I'm not the only one who's mystified by it since there's been no response to my plea for suggestions as to its identity!

P.S.  I'm adding a couple of other photos of said moth in the forlorn hope that they might trigger something. 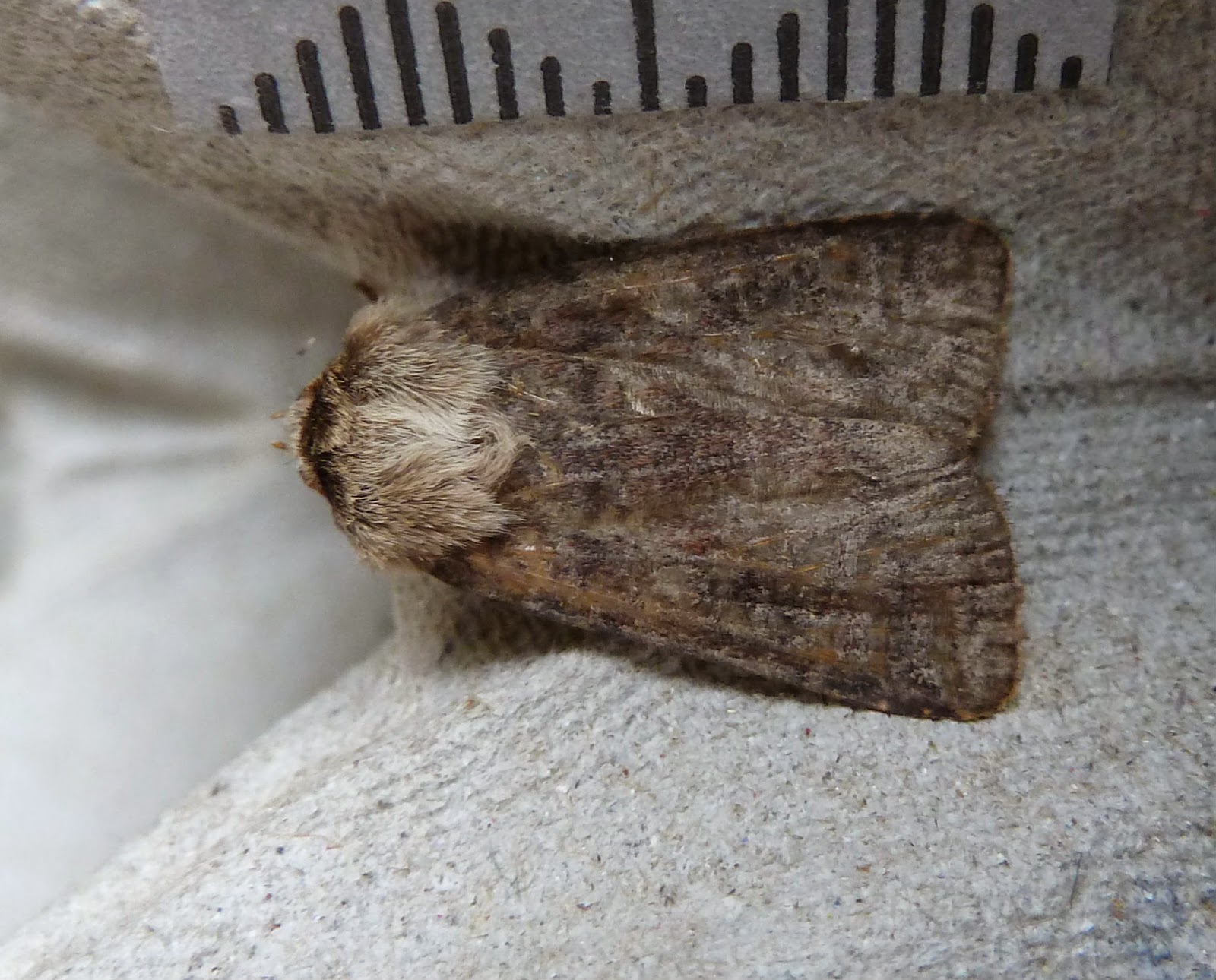 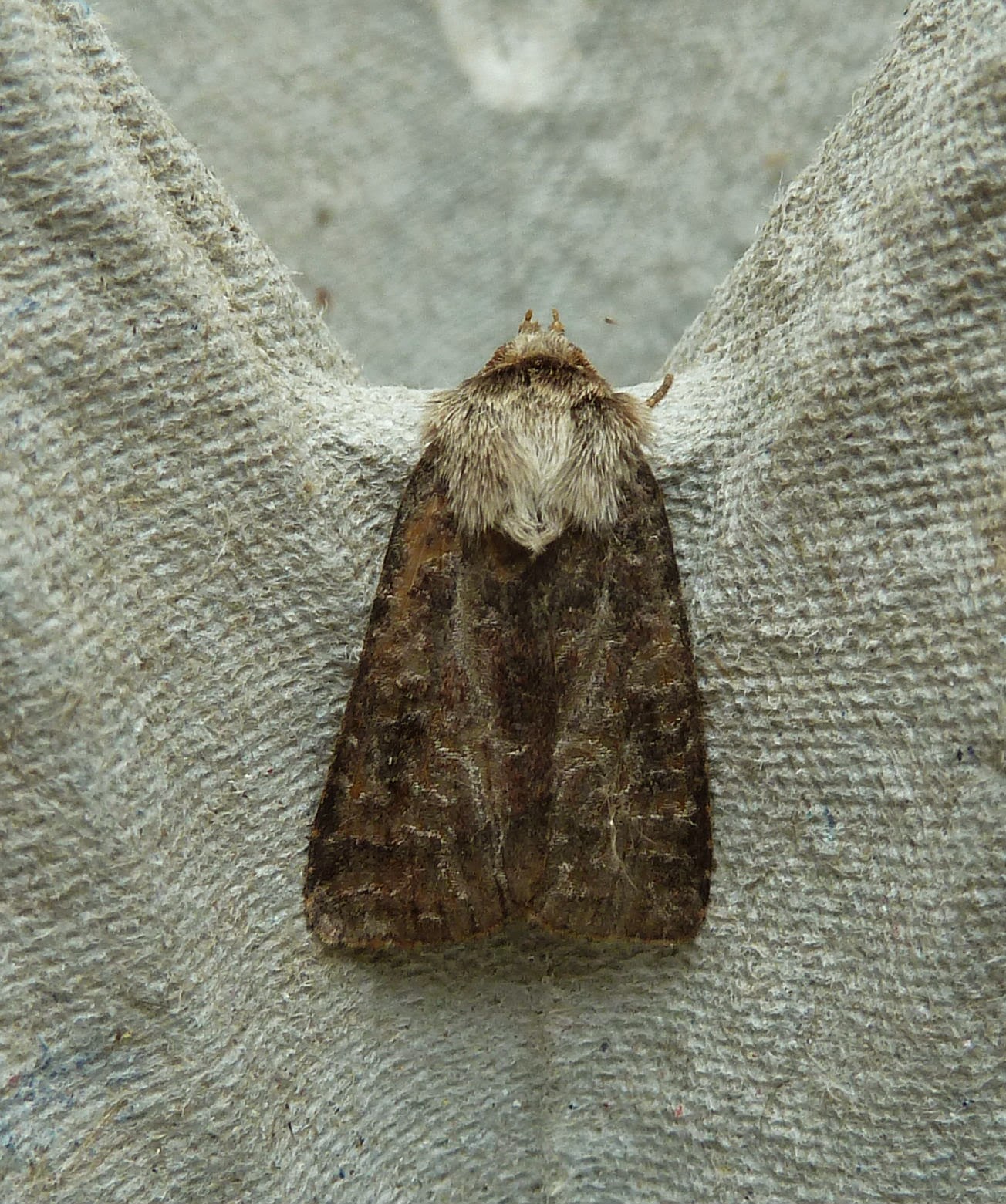