I wanted to check Machynys Ponds for small red-eyed damselfly yesterday afternoon, but time was limited and, in the event, I only managed to look at the main (original) pond which is now part of a golf course. This particular pond was excavated as a source of clay for bricks in the nineteenth century but was extended on its NW side as part of landscaping in the late 1990s. There are now several other new ponds on the golf course, all providing habitat for birds and other wildlife and linking the wetland complex at Penclacwydd with other water bodies along the Llanelli coastline; collectively they provide a substantial wetland resource of importance for biodiversity. The whole coastal plain, from Bynea west to Llanelli was once saltmarsh - the great `Morfa Mawr` and it would have provided a transition zone from estuarine habitats to wet grassland, but the area was reclaimed from the sea in a piecemeal fashion at first but later more effectively, when the `Great Bulwark` was built (early 1800s). This then created a polder-like `levels` farming landscape, much of which has itself been lost to development or new roads in the late twentieth century.

Above: general view of the main original pond at Machynys. 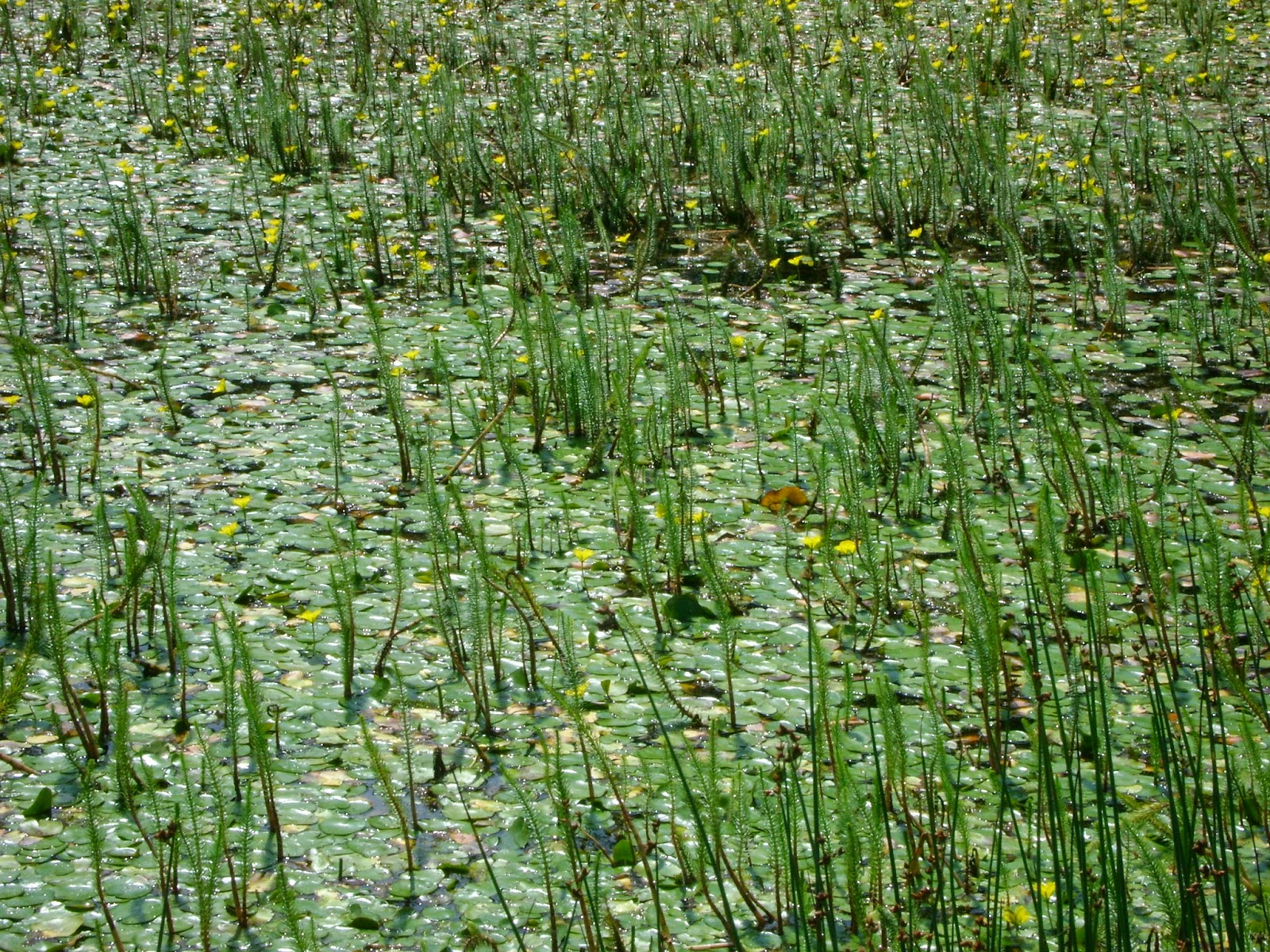 It was quite breezy yesterday afternoon - pleasant to walk in, but it meant that the smaller damselflies were sheltering and less obvious. I did, however, pleasingly find a couple of small red-eyed damselflies and, in the process also flushed a number of wetland pyralids - the tiny water veneer Acentria ephemerella; small China-mark Cataclysta lemnata and the larger brown China-mark Elophila nymphaeata. 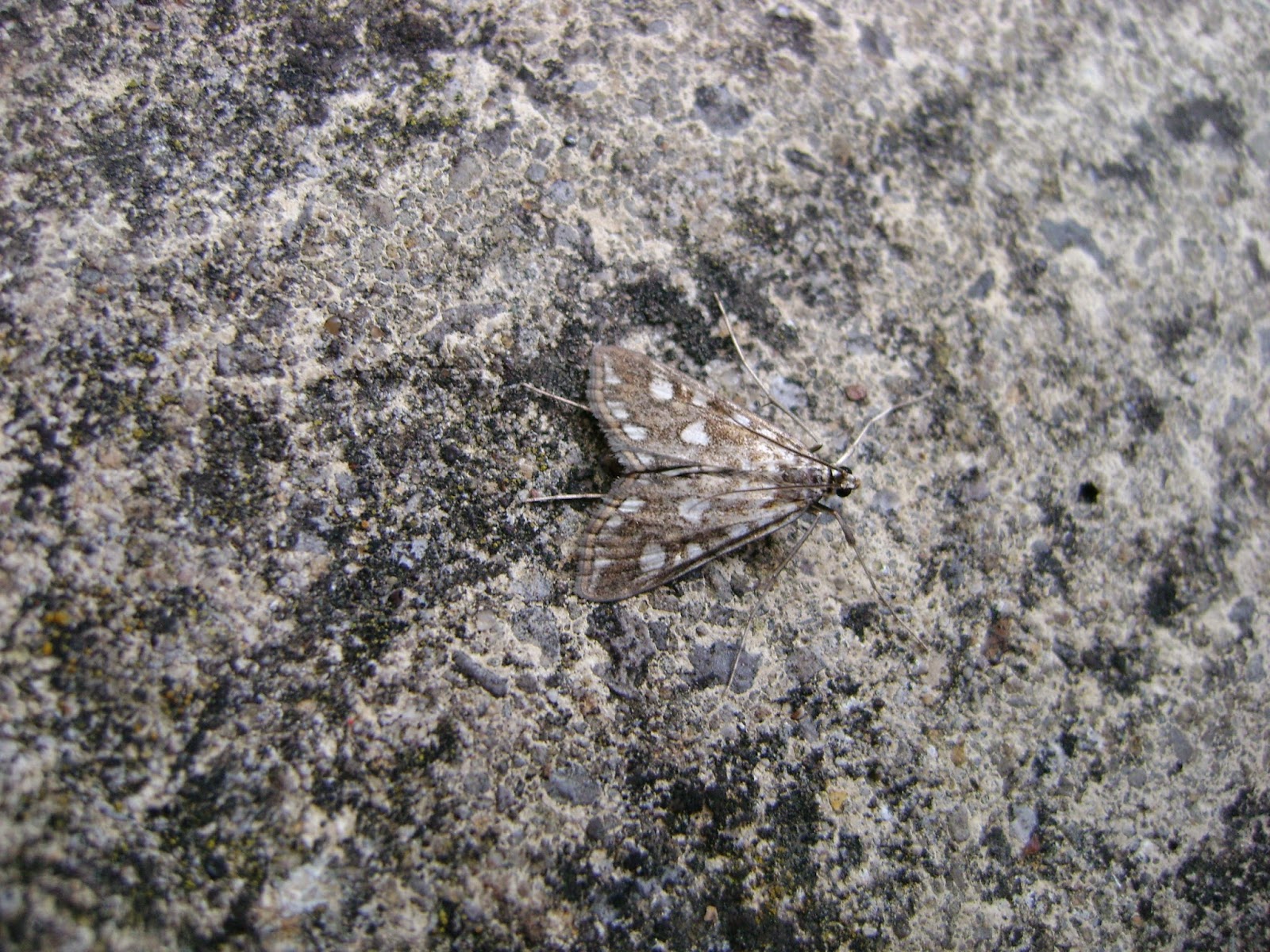 On clumps of hemp agrimony, the small caterpillars shown below were regularly found - I reckon that they may be that of wormwood pug: 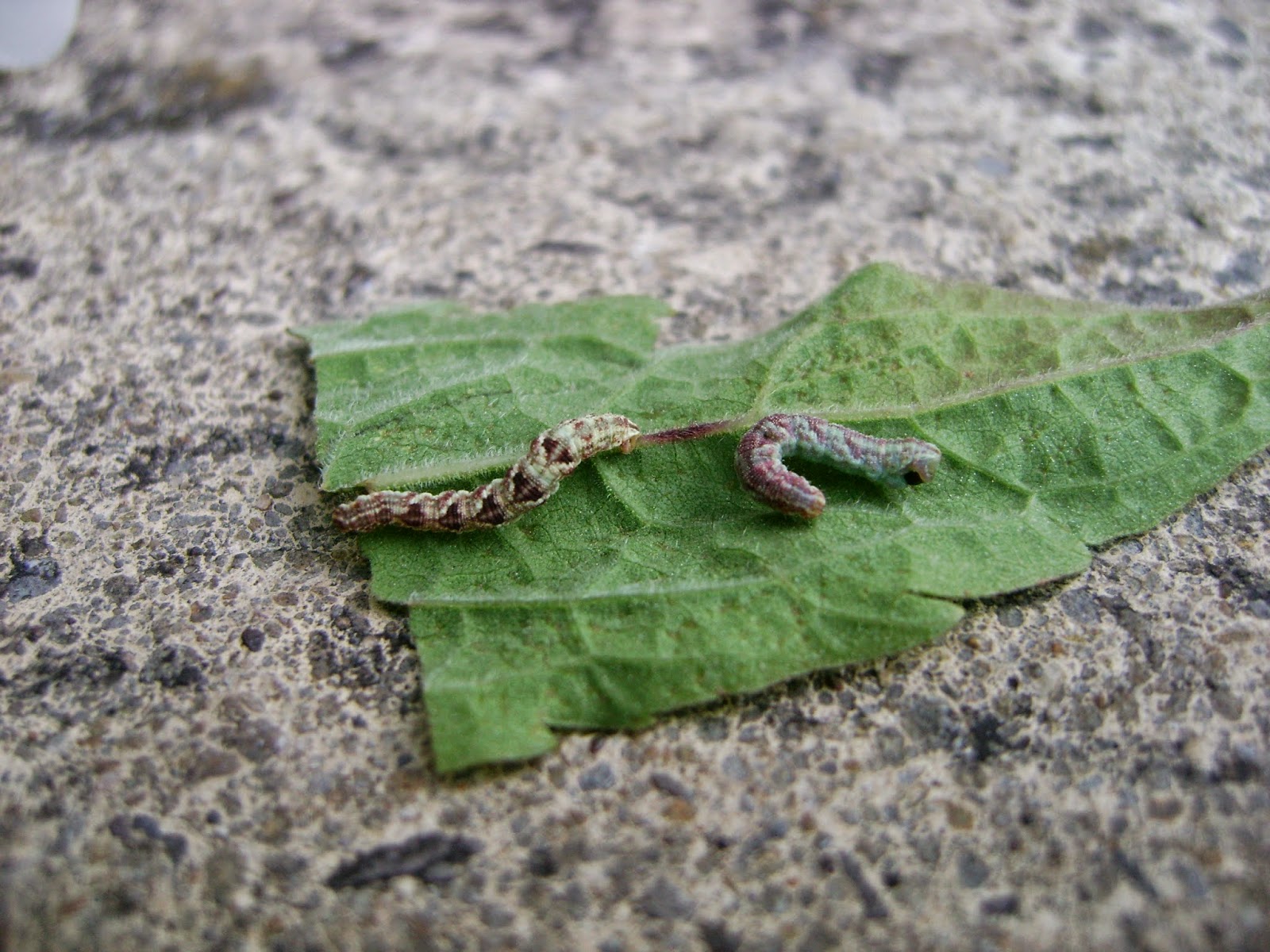 Surrounding rough ground, floristically-rich and with varied structures, had many common blues and gatekeepers on the wing, with a silver y also flushed. However, my allocated hour had run out and I had to leave. I`ve moth-trapped at Machynys Ponds in the past and it supports a predictable assemblage of various wetland wainscots etc.
Talking of trapping, I trapped at home last night and with another trap at Furnace Quarry. Numbers were poor and variety rather limited, though both sites had a couple of silver y`s (so there is a little immigration) and both localities had dingy shells. The quarry site has much alder (this moth`s host plant) nearby and similarly, it also grows just beyond my garden. 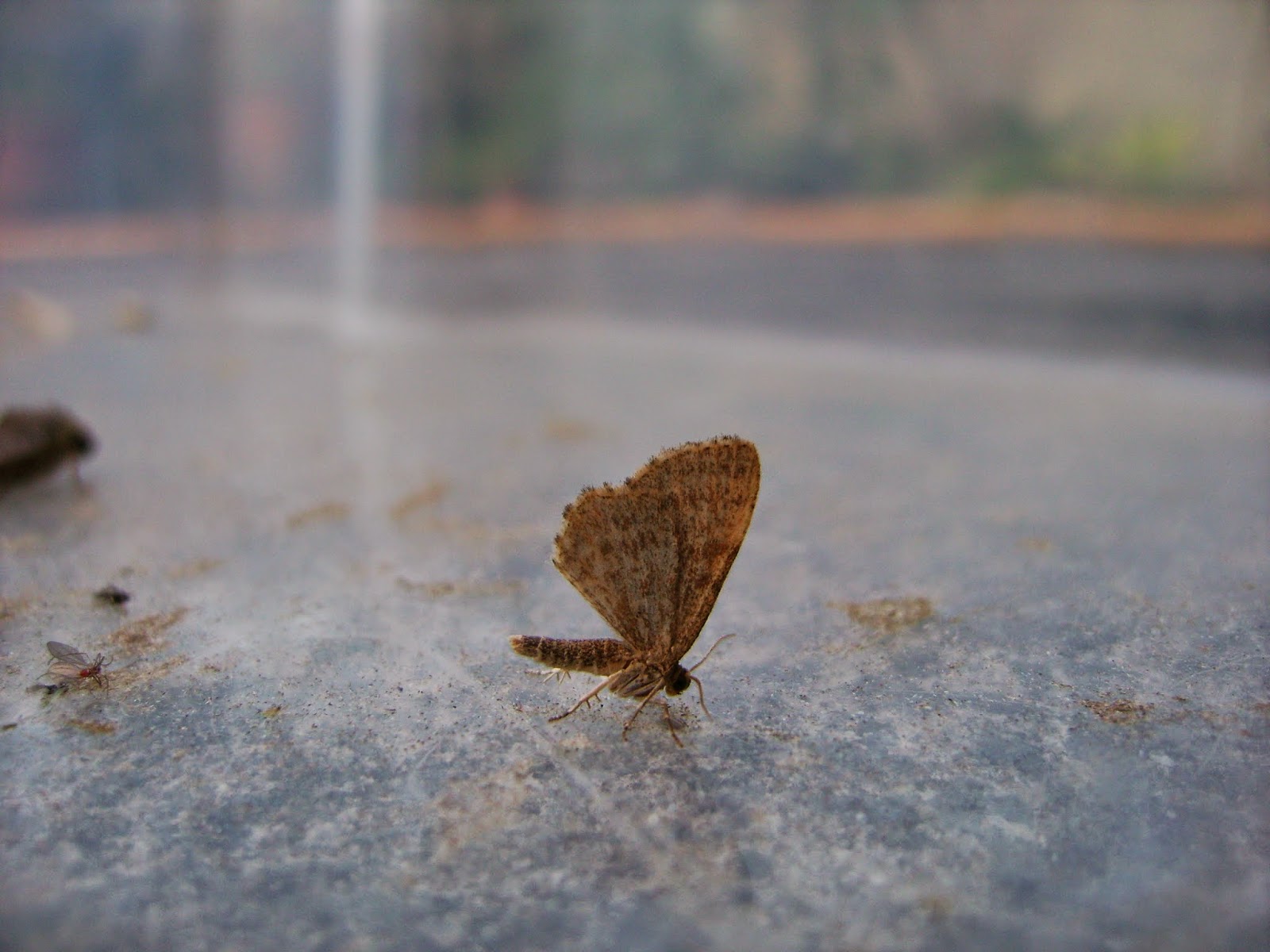 Above: one of last night`s dingy shells.
Posted by Ian Morgan