The tale of the Yellow-tail...and others

When as a youth I first became interested in moths, one of my favourite species at this time of year was the Yellow-tail, that delicate-looking creature whose red-striped larvae I used to find in the hawthorn hedges that bordered my home in South Gloucestershire.  Consequently I was very disappointed to find, when I first started trapping here four years ago, that the moth did not seem to occur locally.  Imagine my pleasure when I inspected my MV trap at 5am on Wednesday and found a Yellow-tail perched on the wall close by. 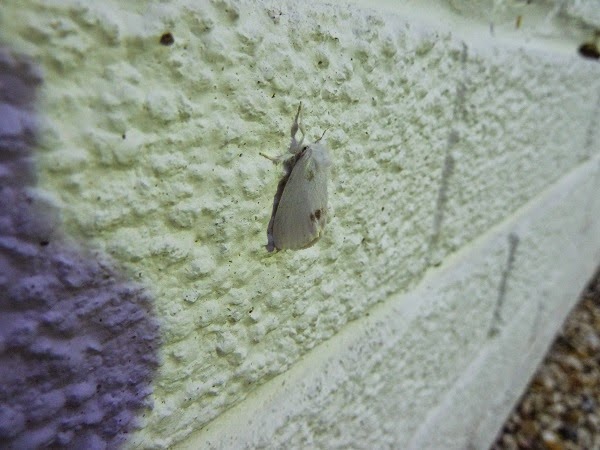 It was not the only pleasant surprise of the morning, either.  Later, when I opened the trap under cover, a small geometer flew out and settled on the wall.  At first glance I thought it was a Common Carpet and was about to disregard it, but then something seemed to be not right with the first impression, so I took the usual photograph: 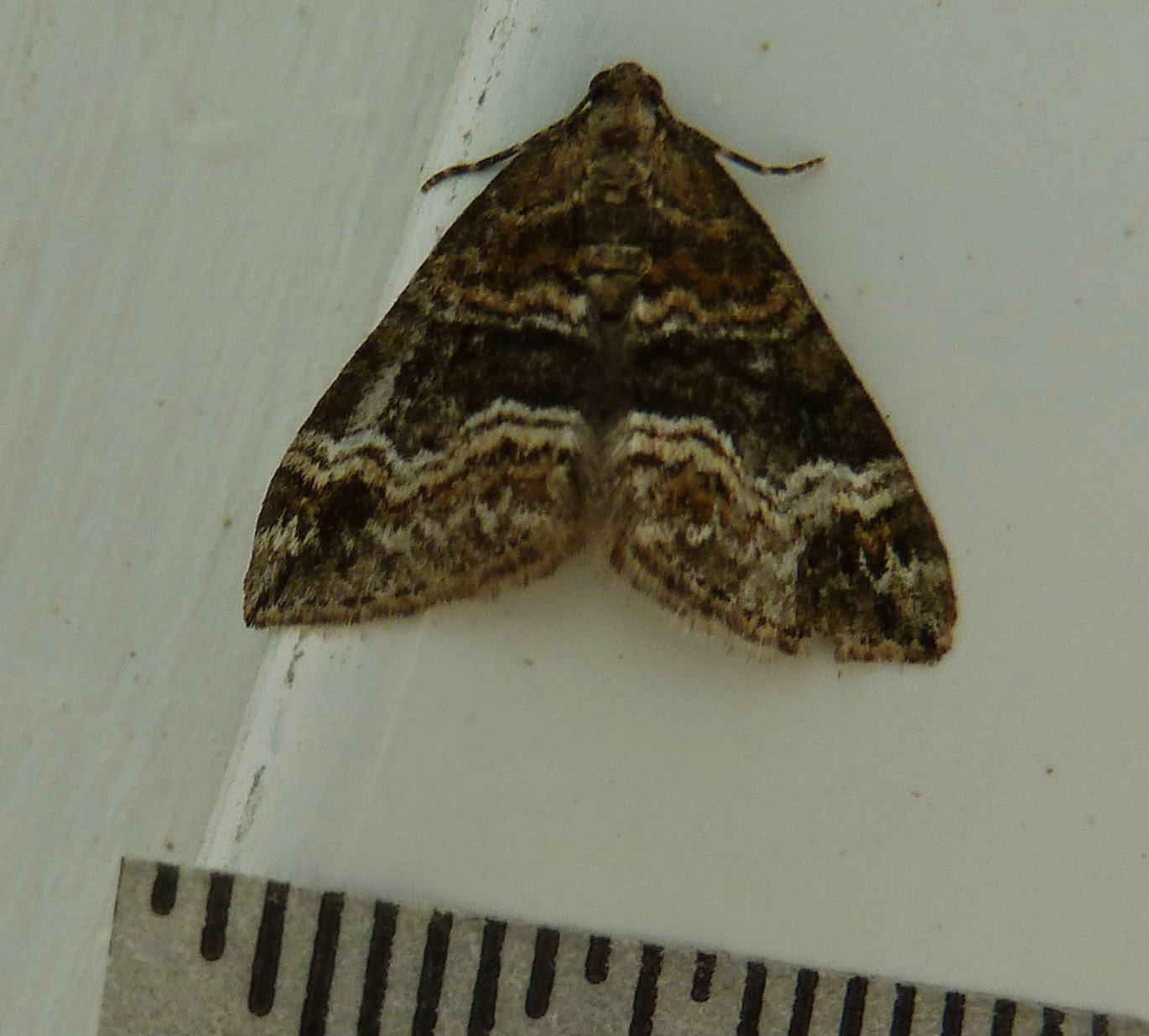 I think that it's a Barred Rivulet, which is a new species for me.
Amongst the many Dingy Footmen to arrive was one of an unusual colour shade, presumably f. stramineola, which I can't remember seeing before: 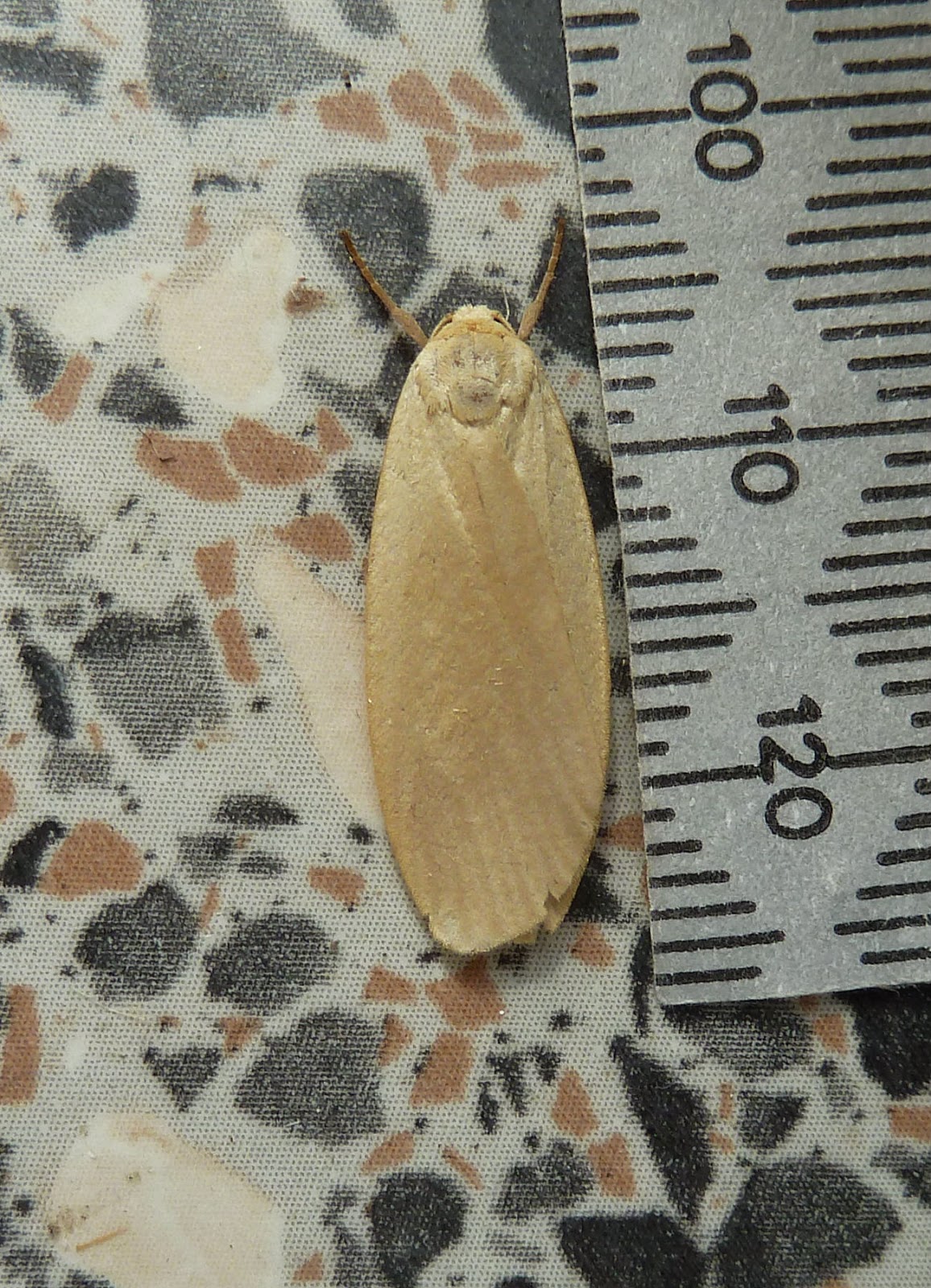 A productive night like this had to give rise to the odd dilemma, and as usual one involves a Pug: 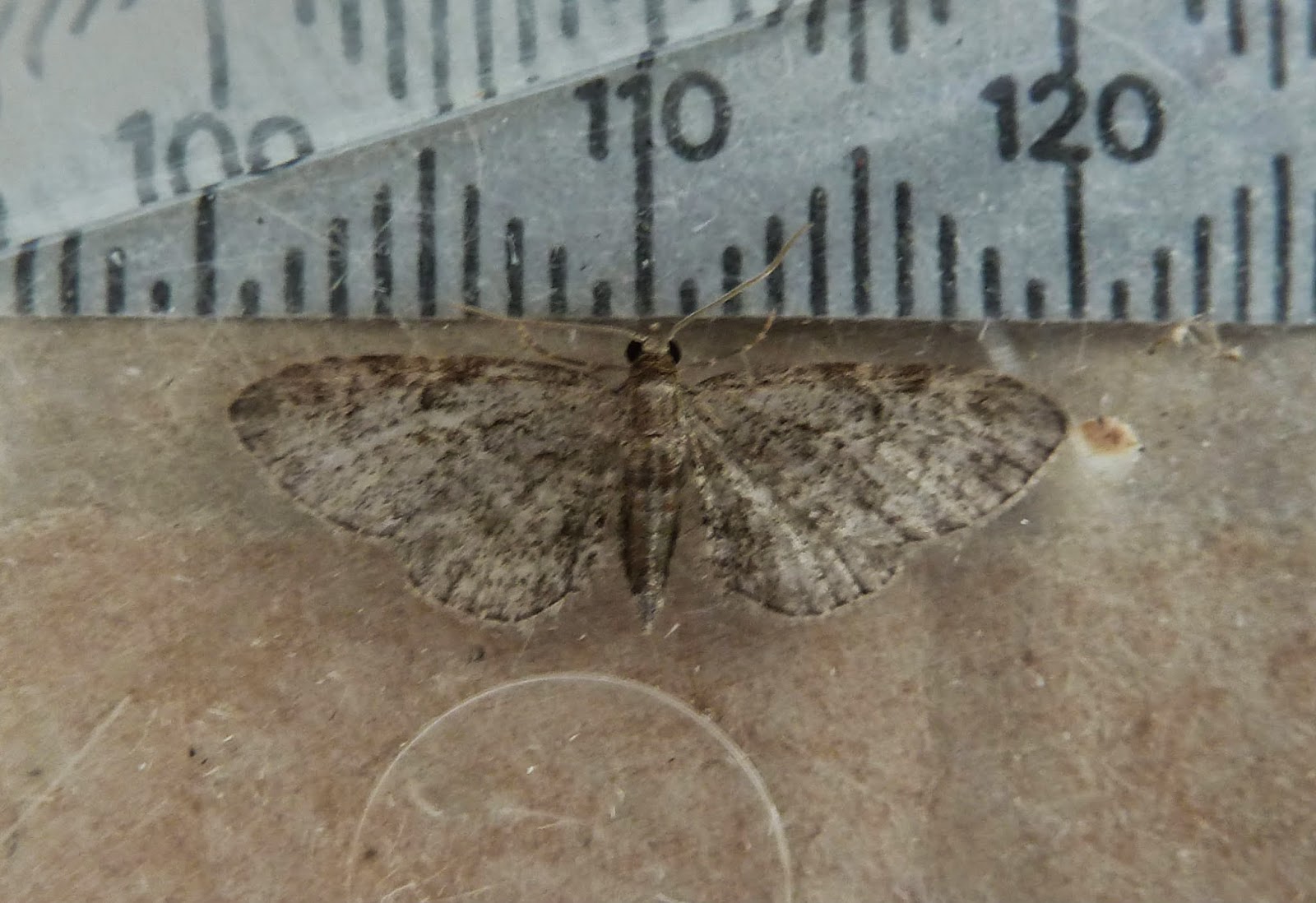 Given its small size (FW length 9mm) and distinct discal spot I wonder whether the most likely species at this time of year is Slender Pug?

I think that the following moth (FW 12mm) must be a Lesser Cream Wave rather than a Cream Wave, even though there's no central spot on the forewing (it's absent sometimes, I understand): 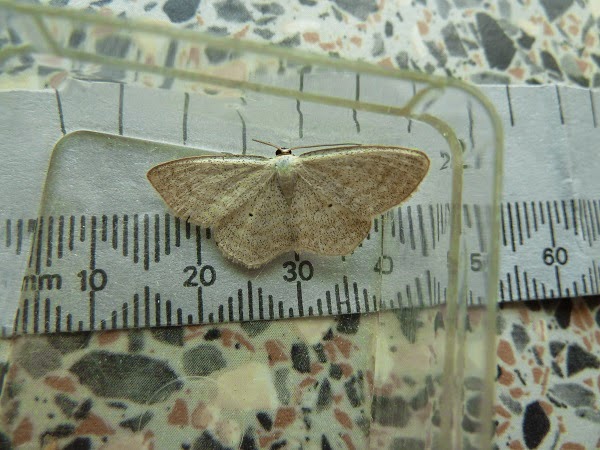 There are a few micro matters as well, but I will have a breather and address them shortly in a separate blog.