I set out just one trap last night (27/7/14), an actinic at Tyrwaun, Pwll. There was a fair variety of moths, but I only bothered to note down the odd record, as the catch was similar to that of a few days ago.
In the trap were three  more four-spotted footmen (2f & 1m), and a female drinker - it`s not often that I get a female of the latter species in the trap; more usually it`s the browner (and smaller) males. 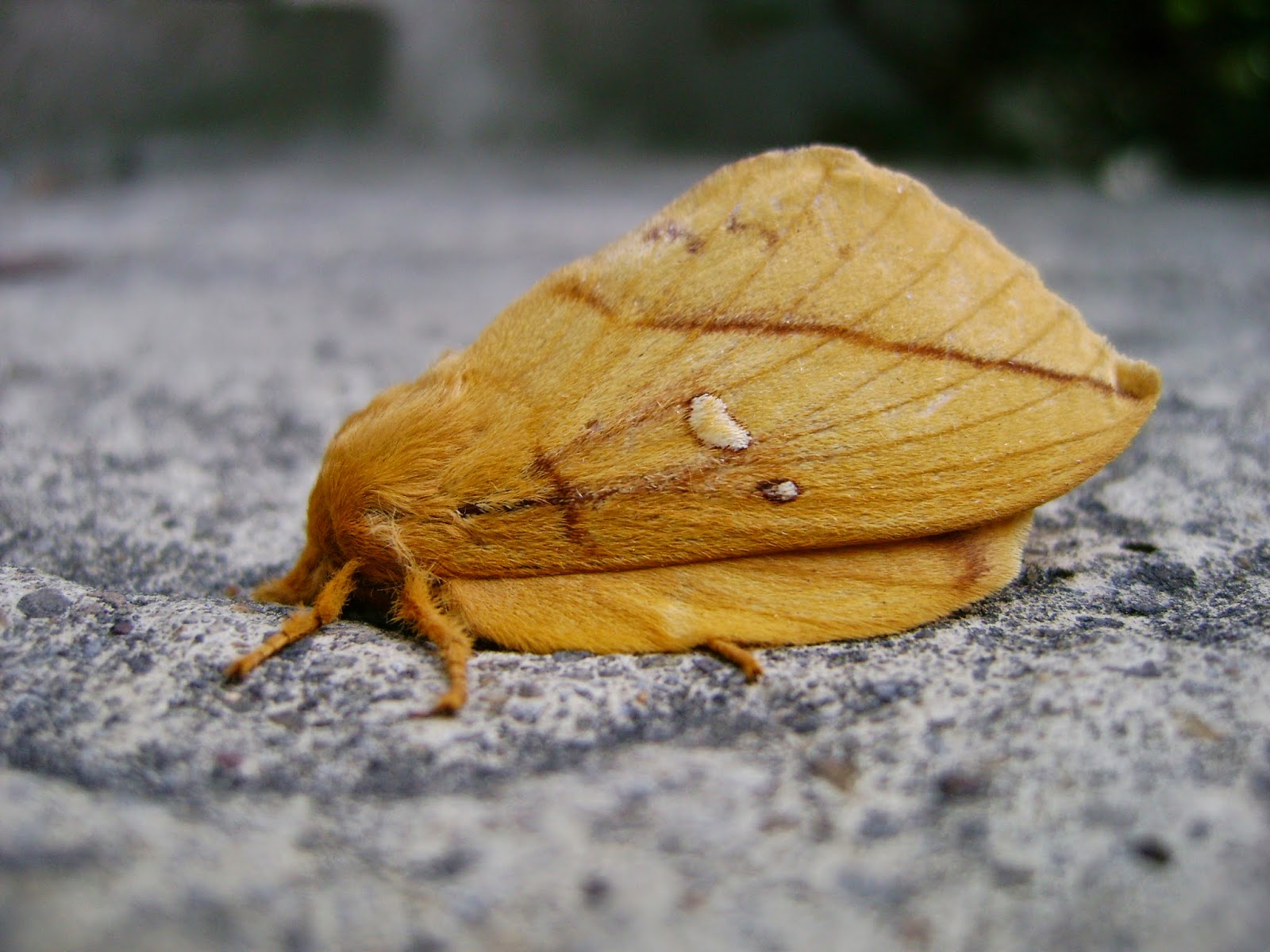 Above: the paler-coloured female drinker. 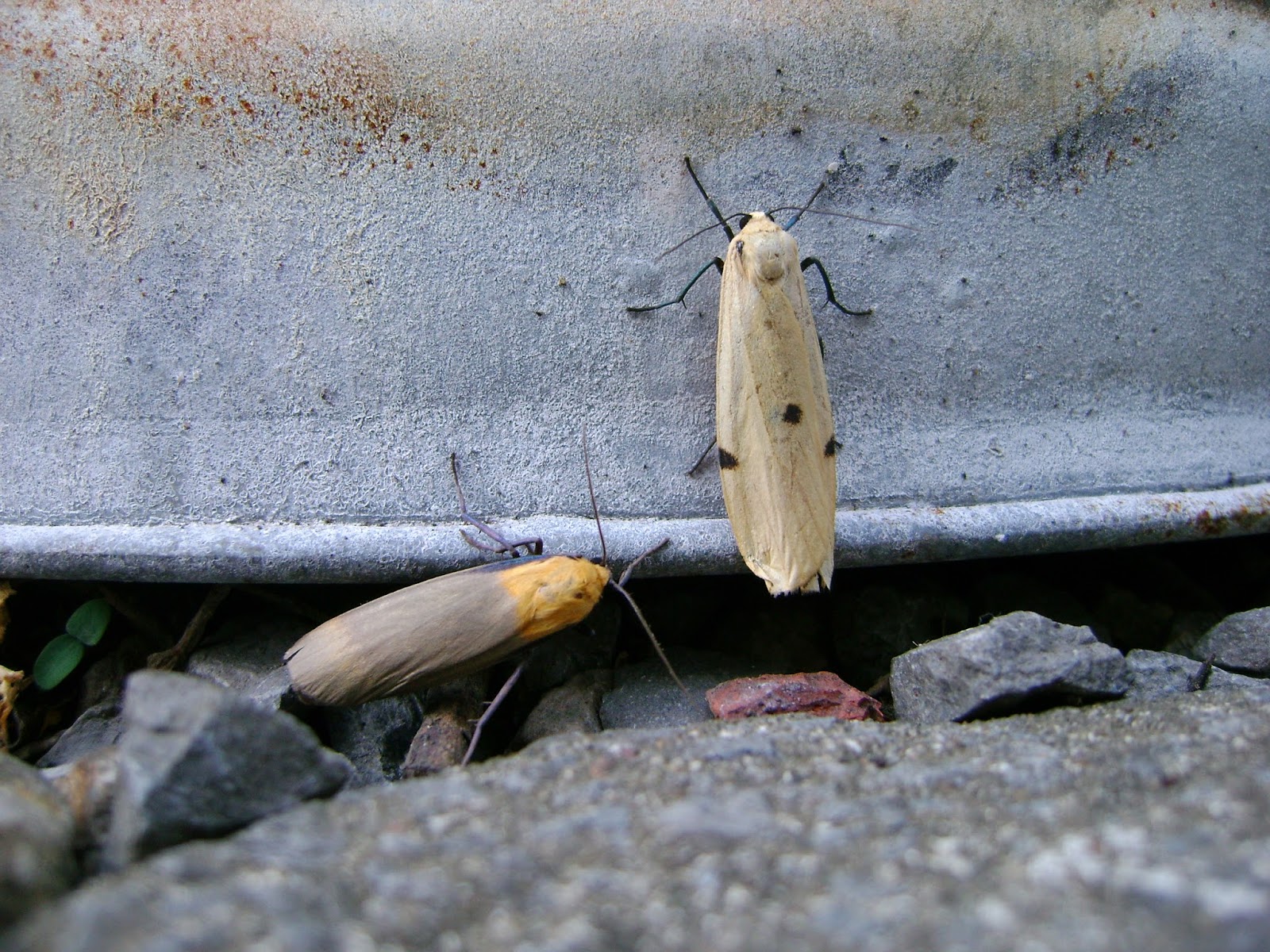 and a side-on view of one of the females: 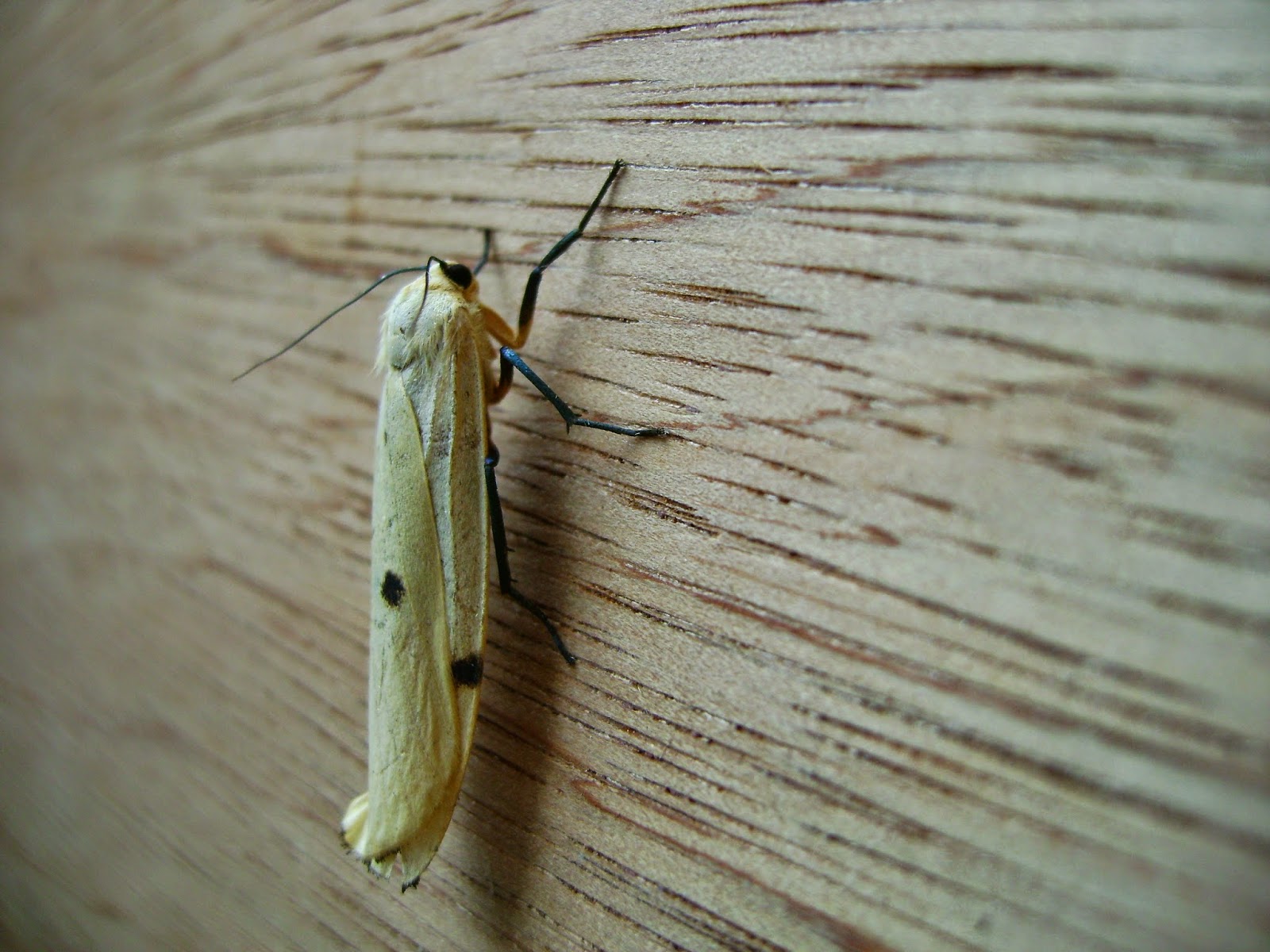 Butterfly-wise, there was a male brimstone in the garden on 25th July, together with a few gatekeepers and two commas.
I may not trap tonight, and have a rest after the recent `moth marathon` - and because the weather looks good for trapping for the rest of this week.
Posted by Ian Morgan