I deployed both traps: the MV in the "garden" and the actinic in the alder grove, about 90 metres away. 39 species at the MV and 24 at the actinic with only 15 species at both traps. 24 species were unique to the MV trap, with 9 seen only at the Heath trap. Next time out, I shall swap them around: not a controlled experiment, I know, but it may indicate whether differences in habitat, or light source have the greatest effect at this site. Only common species were seen, but Northern Spinach was a first for Cwmllwyd. 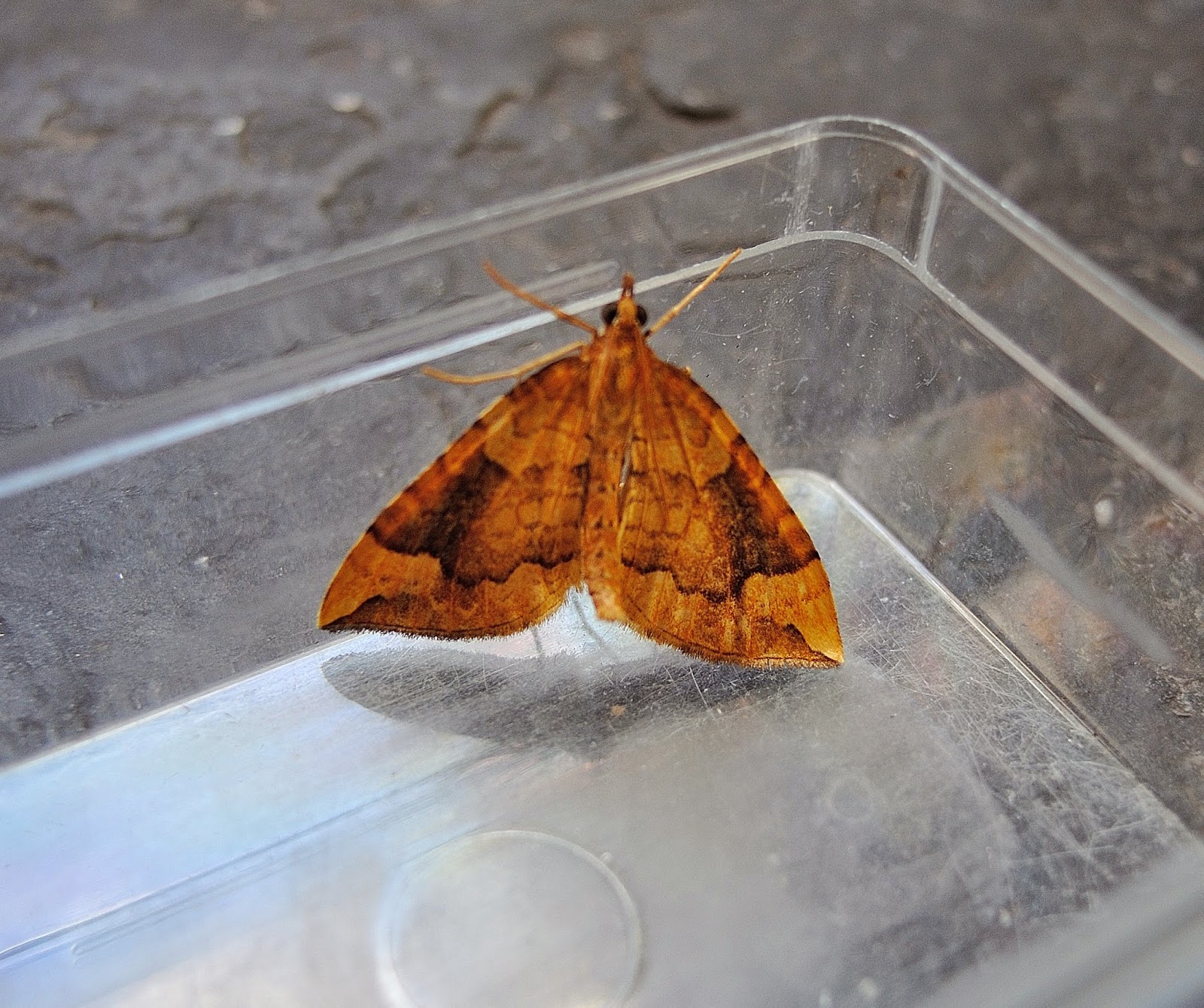