Fay, David and Jan ran 1 MV and 1 Actinic at Keepers', Brechfa on Saturday night and I joined Fay to do the IDing on Sunday morning.  It had been rather chilly, but despite that there were 300 or so moths of 52 species in and around the traps.  Clouded Border was particularly abundant, as noted also by Ian in SE Carms and me at Cnwc - it was clearly on the wing in big numbers on Saturday night.  Geometrids featured well overall, probably because of the complete lack of wind; micros were not so numerous because it was too chilly.

I wish I had brought some moths home for photographing, but there was a public moth viewing later so I left everything for other people.  The only pic I took was this Epinotia signatana! 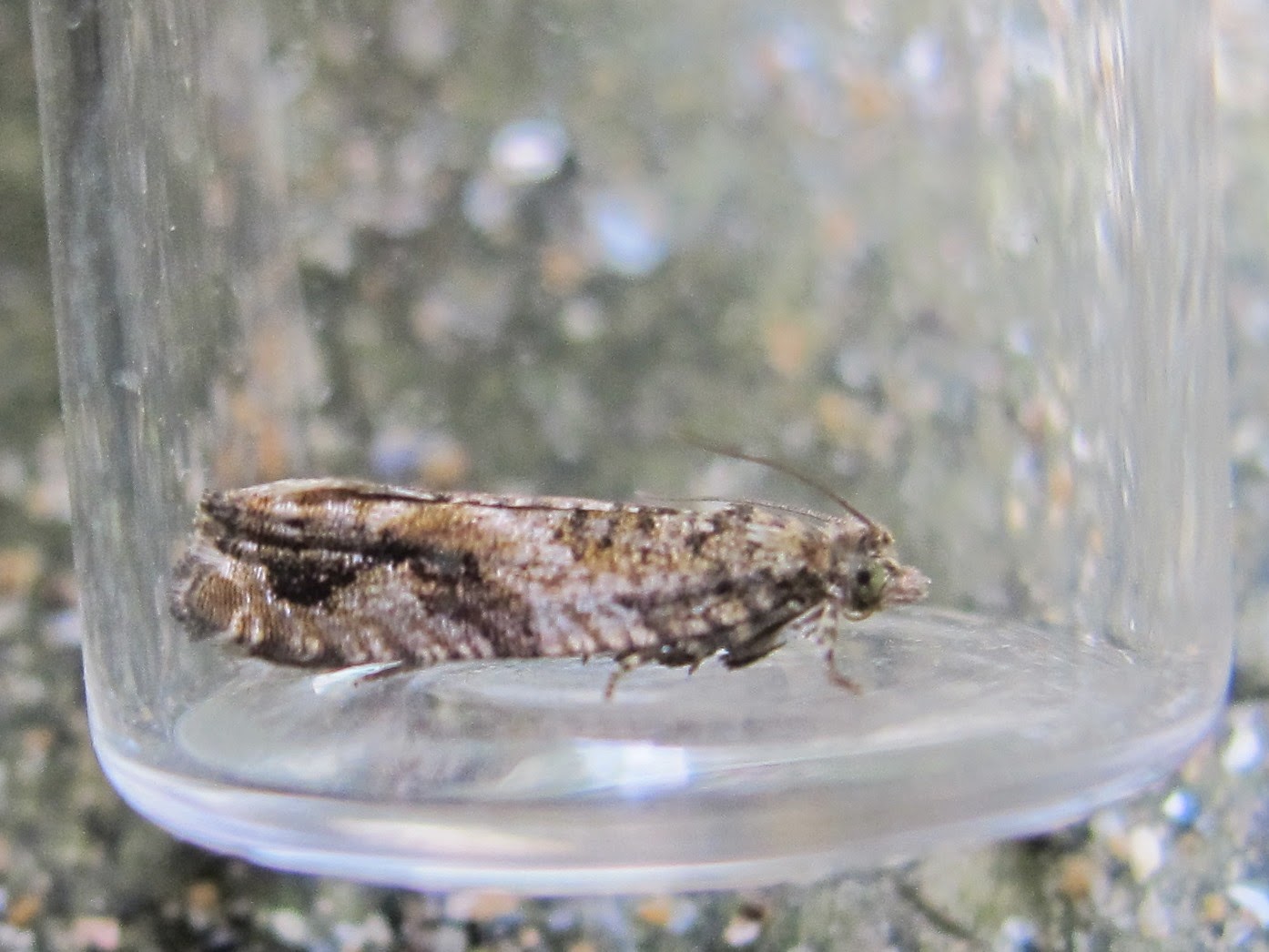 The Blackthorn-feeding Epinotia signatana, with its diagnostic curving black dash near the wing tip.  There are 12 previous Carms records, half of which come from Pembrey.
Posted by sambbryo