It was so cool yesterday evening I was tempted not to trap, expecting a poor show.  In the end I ran one MV until midnight.  Things weren't particularly lively, but there was a constant trickle of moths arriving, with 49 species of Macro and 9 of Micro arriving by the time I switched off.  A Welsh Wave (photo) was star of the show, although the only new species for the garden were an Ingrailed Clay (!) and the Tortricid Eucosma hohenwartiana.  Other slightly notable species were 4 Double-line, 1 Larch Pug (photo), 2 Green Arches, 1 Grey Arches, 1 Minor Shoulder-knot & 1 Gothic. 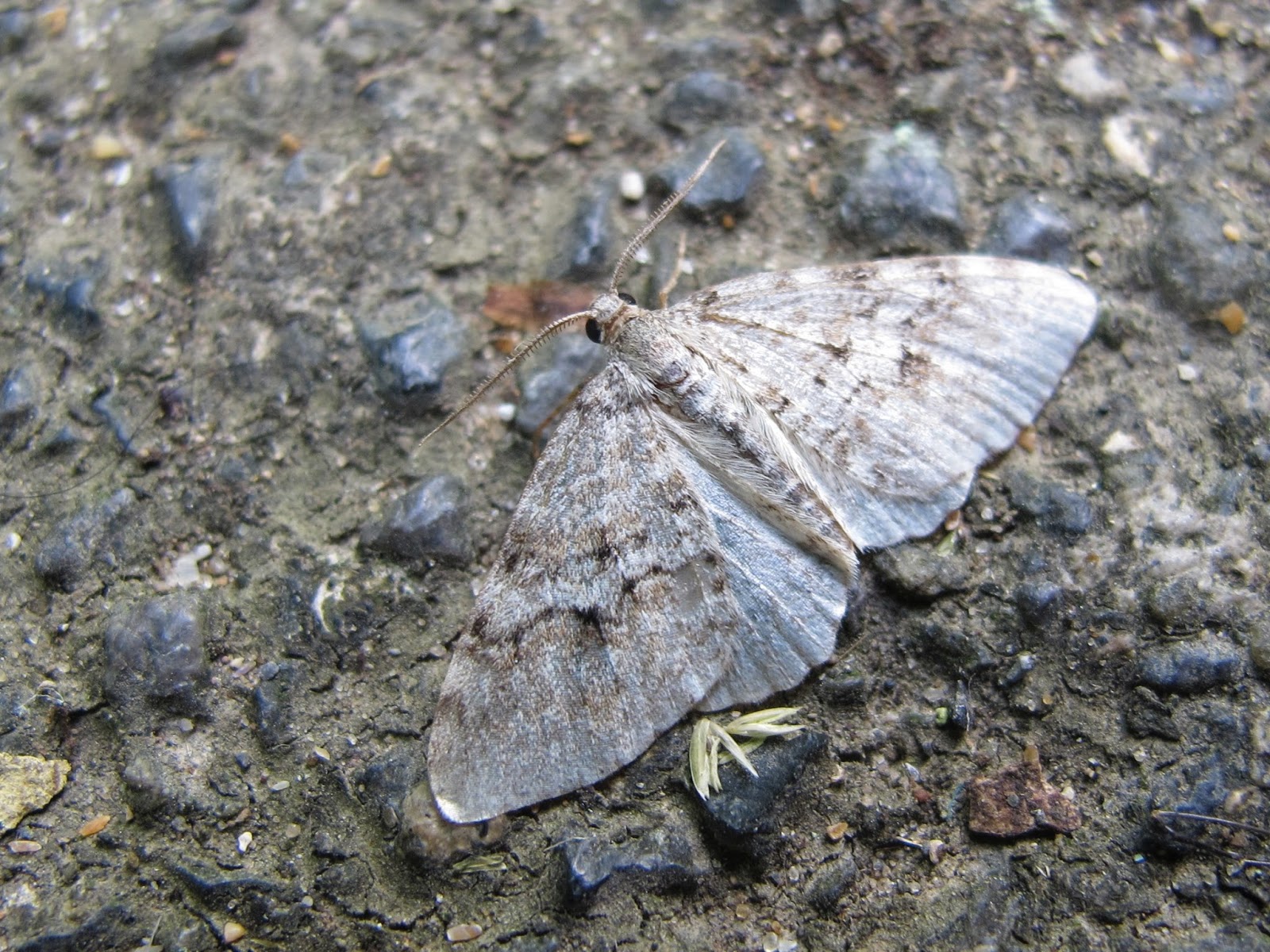 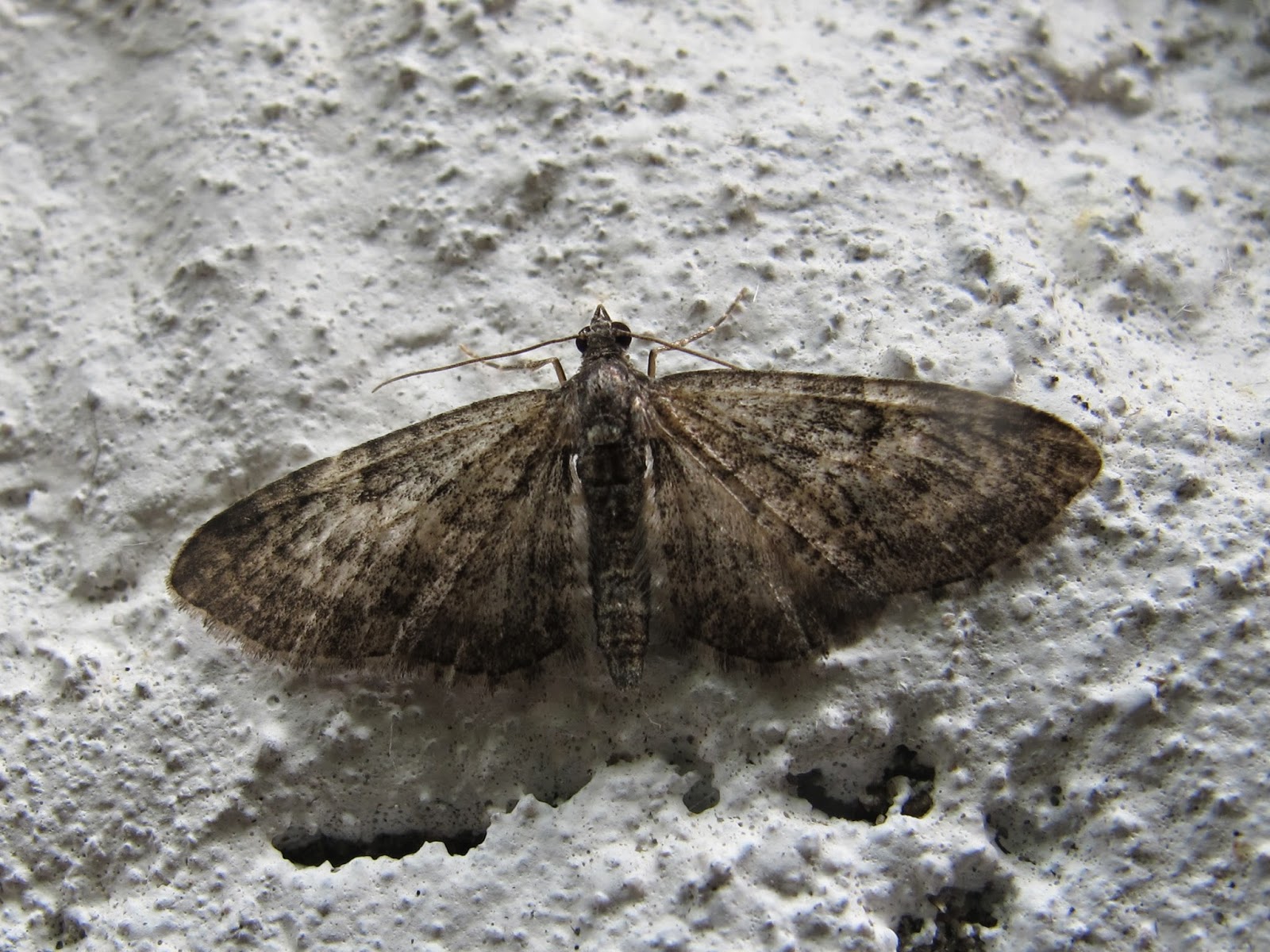 Larch Pug - an example of why Pug ID from photos is so tough, as this was a really well-marked individual with a very prominent white thoracic crest and nice angled wing marking, but the digital camera and white background have totally obscured the details 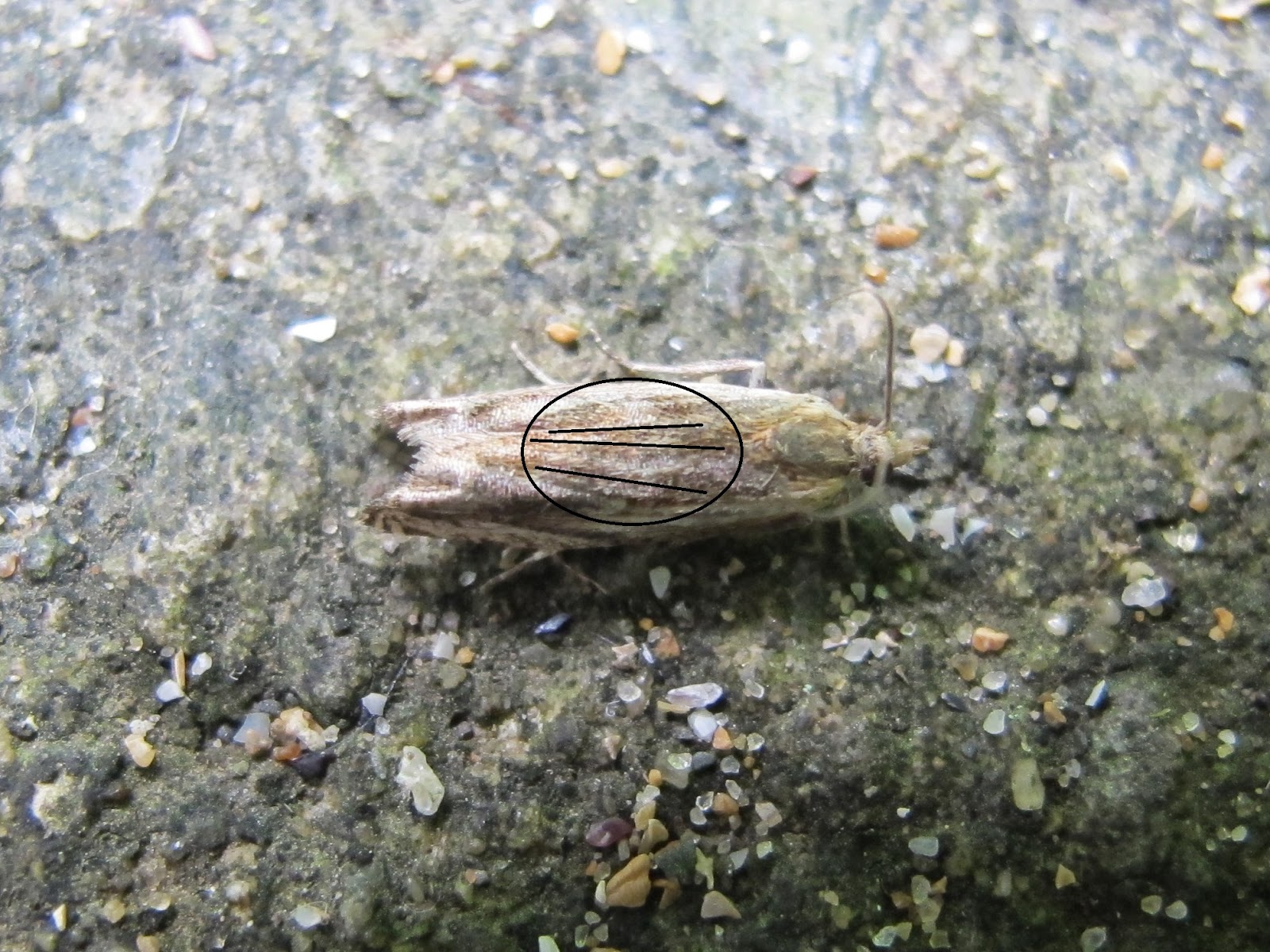 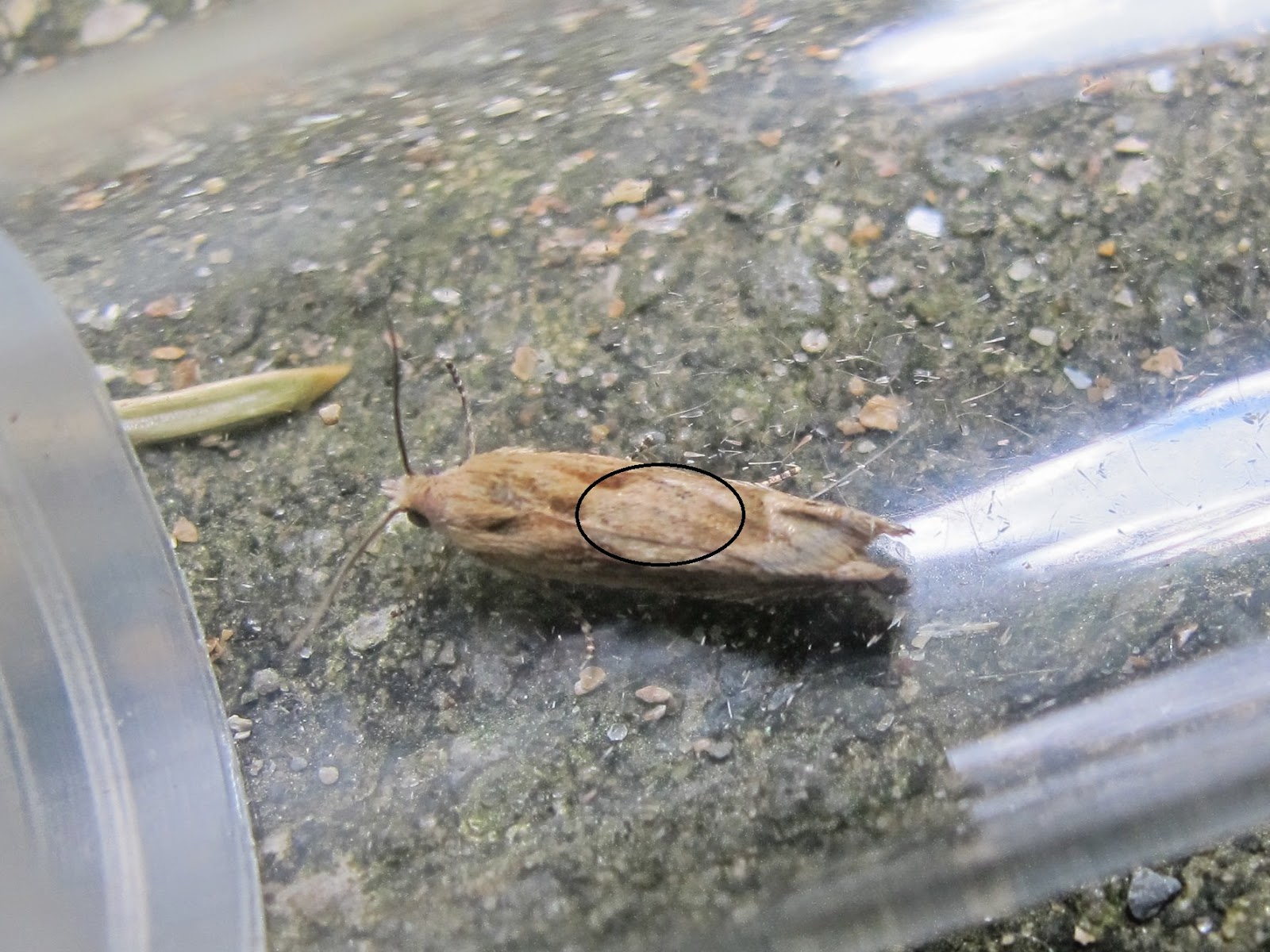 Eucosma hohenwartiana - fairly common in grassland, feeding on Knapweed.  The light brownish patch on the dorsum (ringed) has no streaking

Bea, Johnny & I popped down to Pembrey today, where we found a Barred Red (photo) and a Drinker in the loo block. 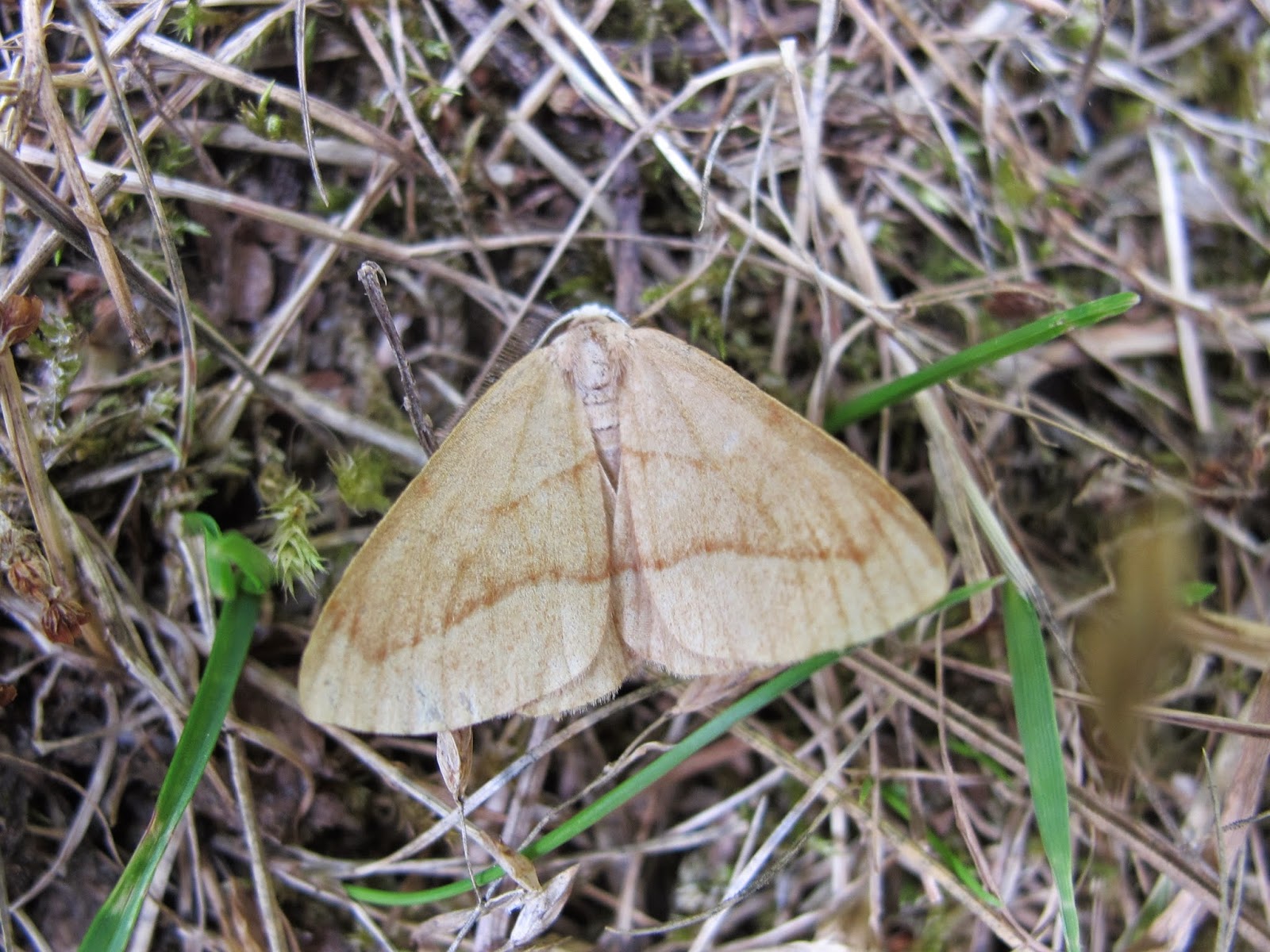