4 hours peat-probing on Mynydd Ystaflau-carn as part of the Carmarthenshire Bogs Project was punctuated by various nice moths.  Ali Baird joined me for part of the day, speeding things up by taking on half the probings (pushing in fibreglass canes to measure peat depth across a 20m grid).

The day started well, as a half-hearted bash of the Broom opposite the carpark produced a Trifurcula immundella: a very, very tiny moth with no records in the Carms database (though it is mapped for the VC in MBGBI 1, suggesting someone claimed it once). 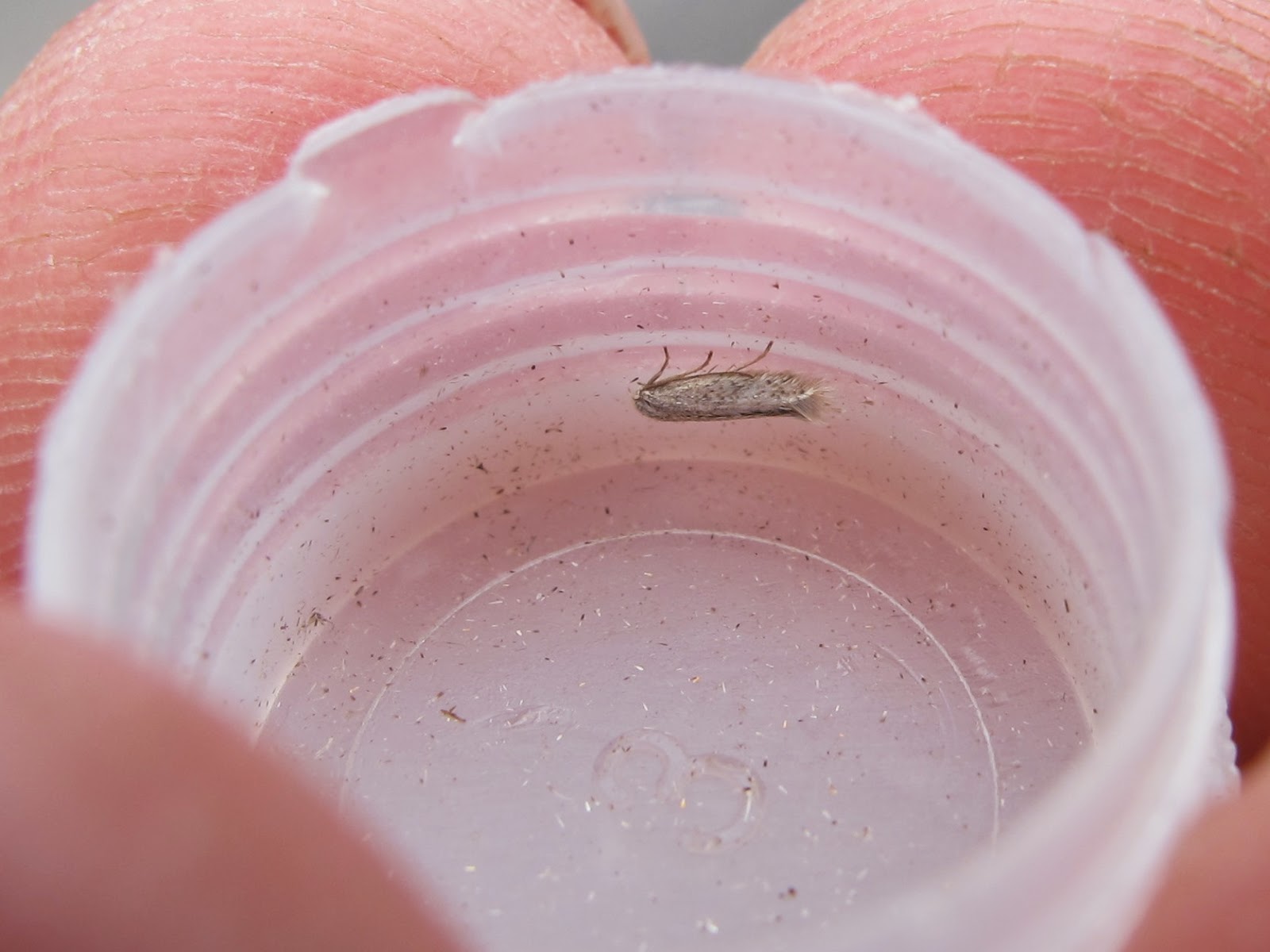 Following that success, we walked out towards the bog, passing a Beautiful Yellow-underwing larva feeding on Cross-leaved Heath, a Four-dotted Footman, and clouds of Catoptria margaritella. 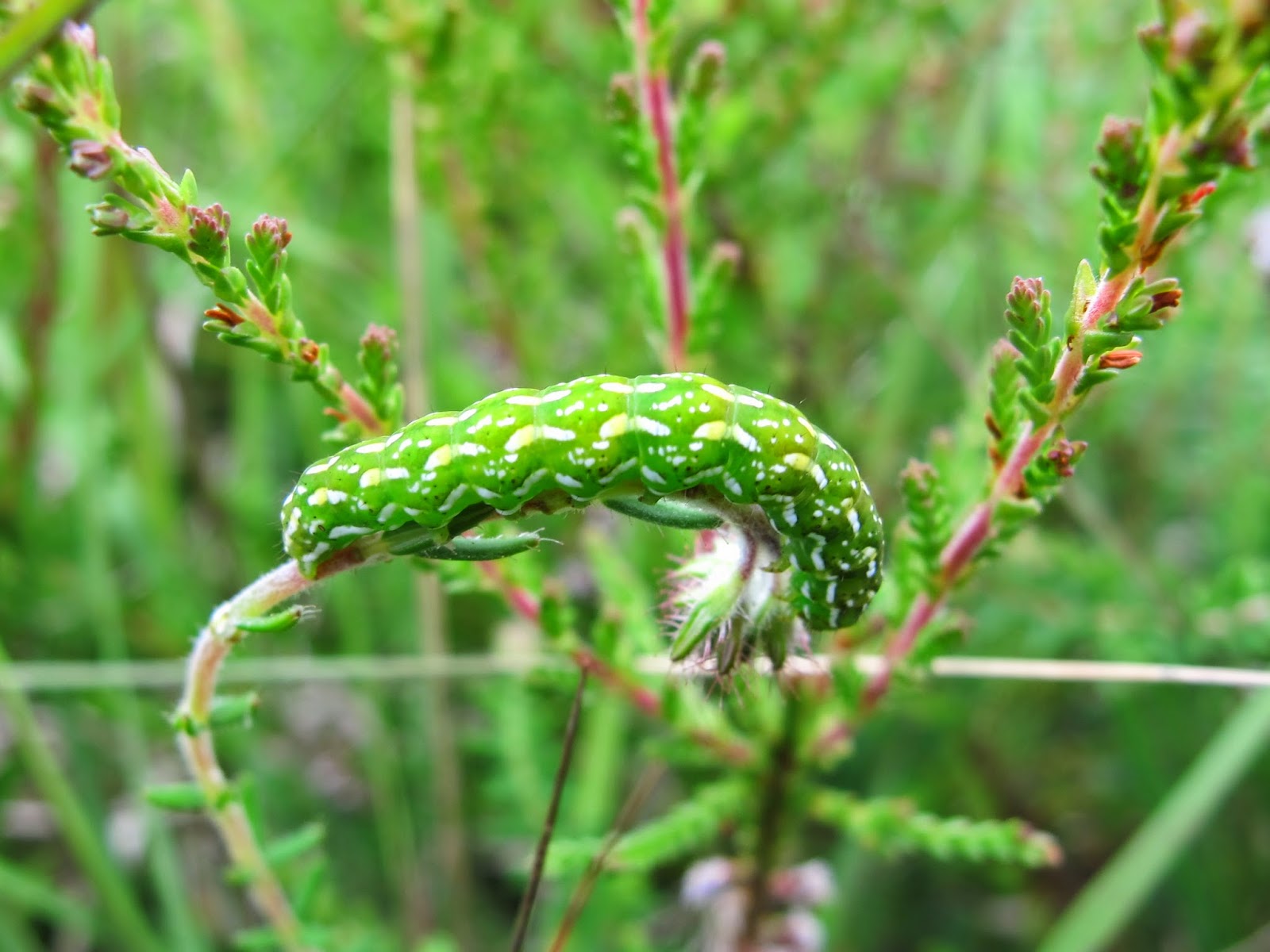 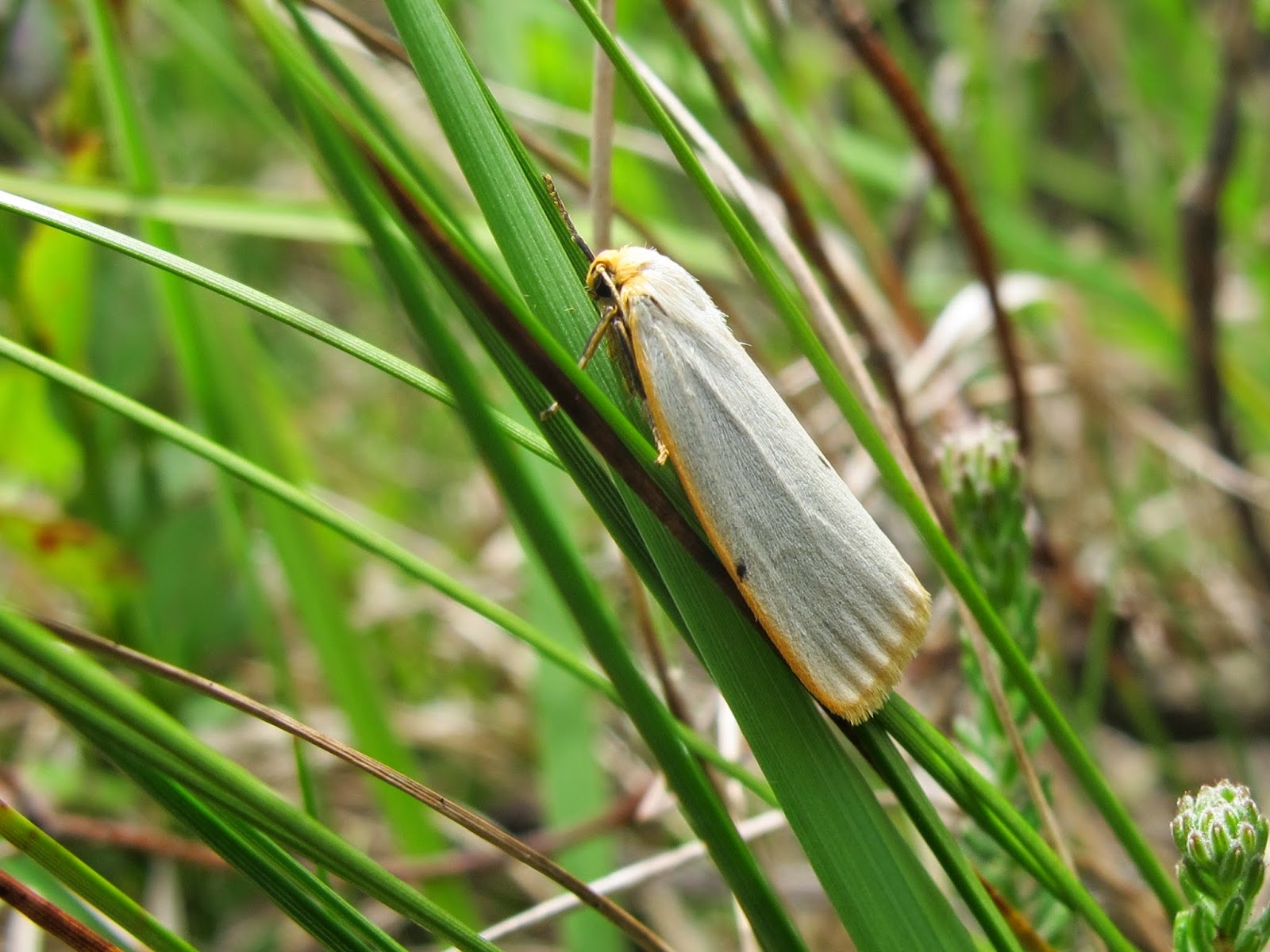 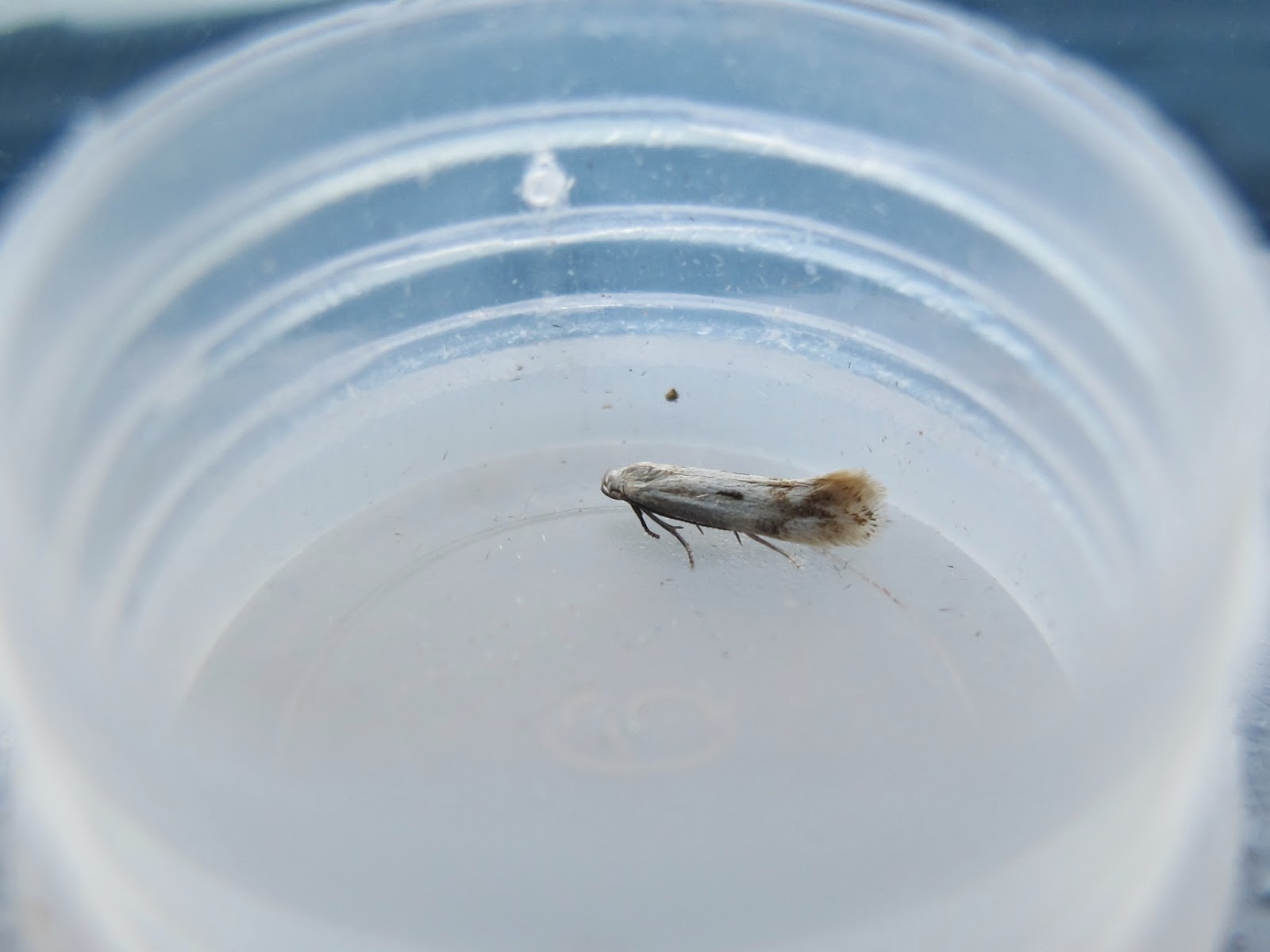 Once I'd finished probing I had a quick bash of roadside bushes, where 2 Pammene aurana were imago highlight, but mines of two Stigmella species on Rowan were rarer in a Carms context (Stigmella aucupariae has a gallery mine throughout its length, whereas the less common S. sorbi has a linear gallery leading quickly to a large blotch). 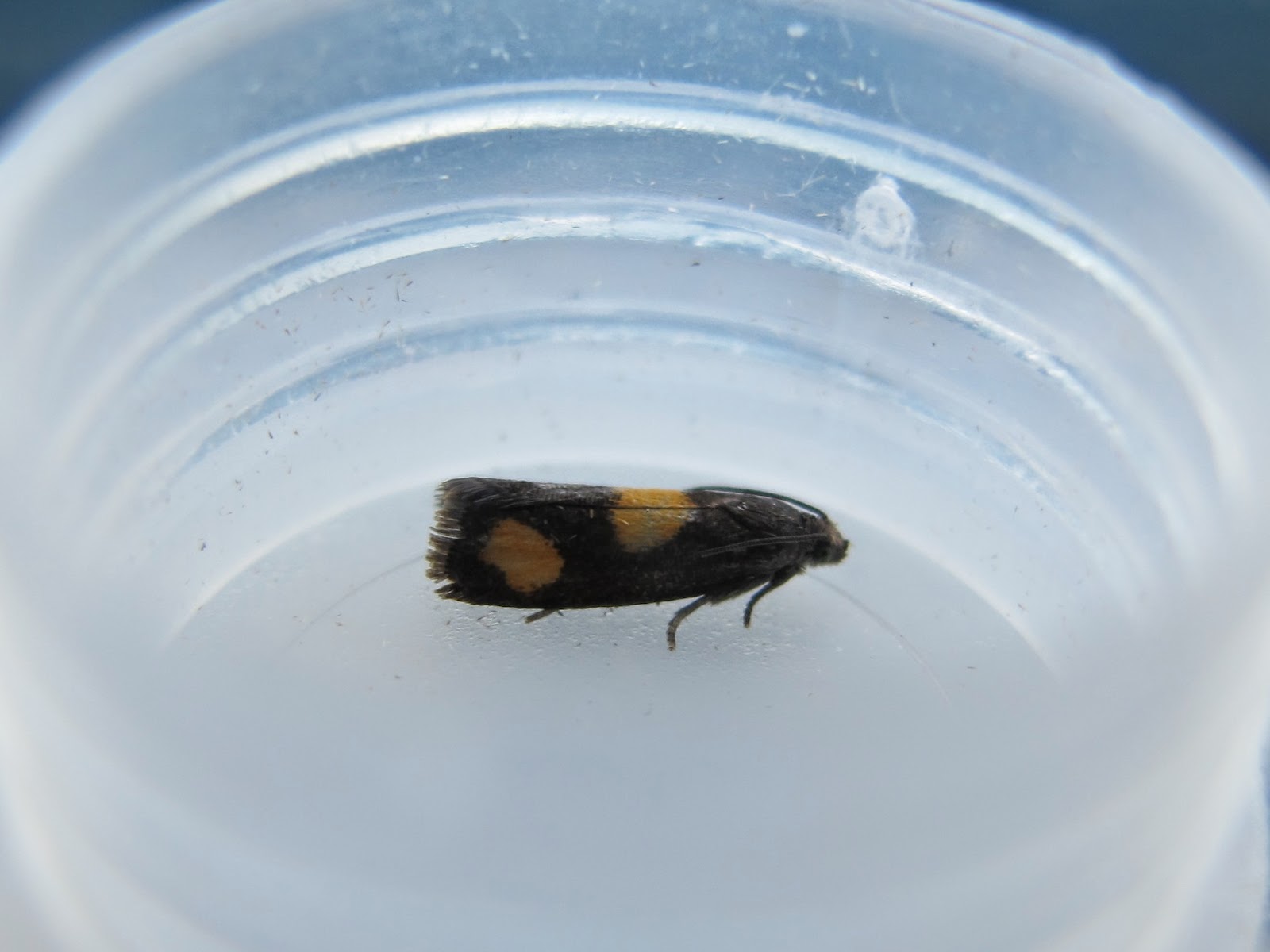 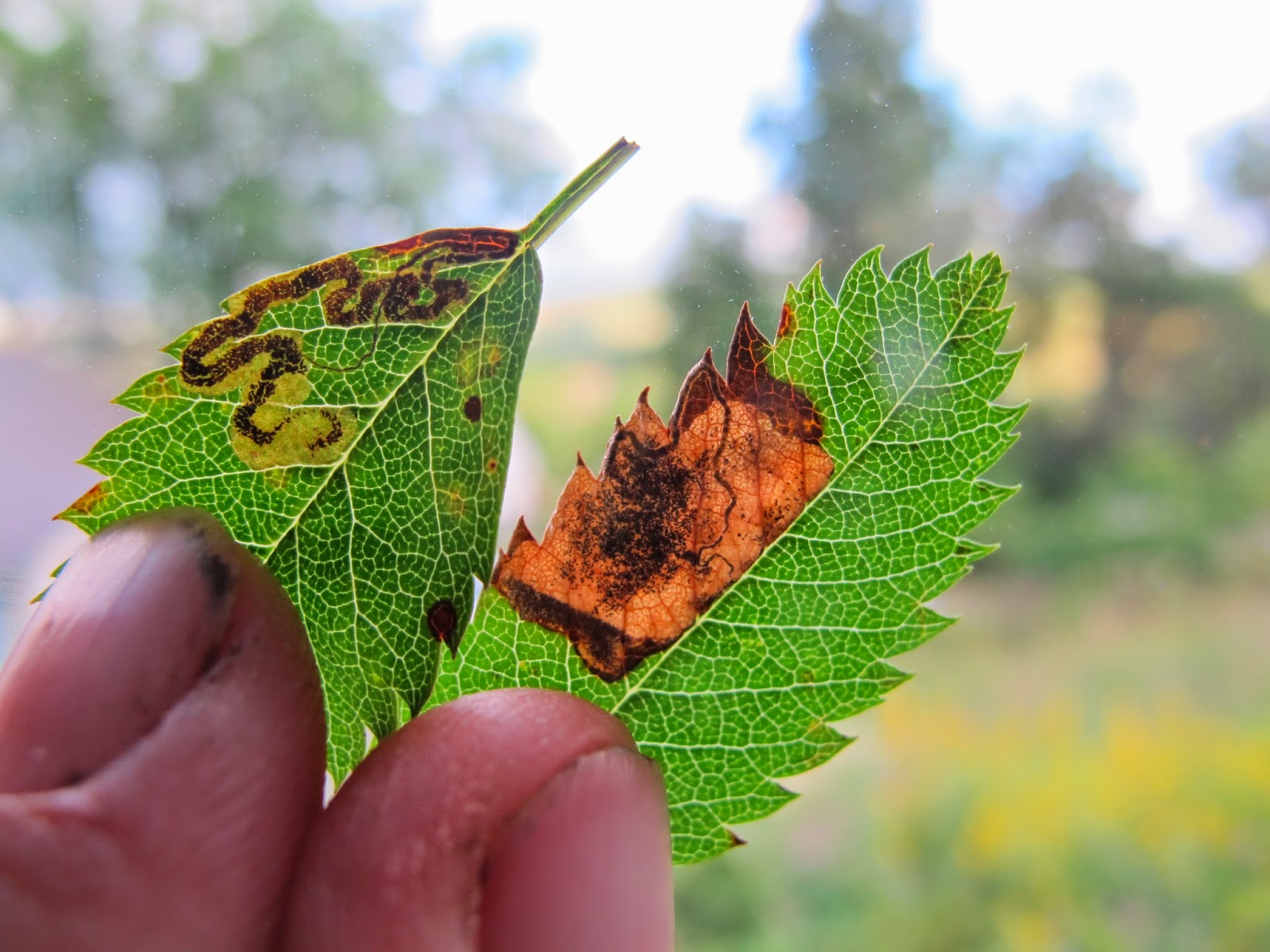 Finally, can anyone suggest why there should be ca. 30 moth wings (mostly Drinker but a few Eggar) around this dry hummock of moss?! 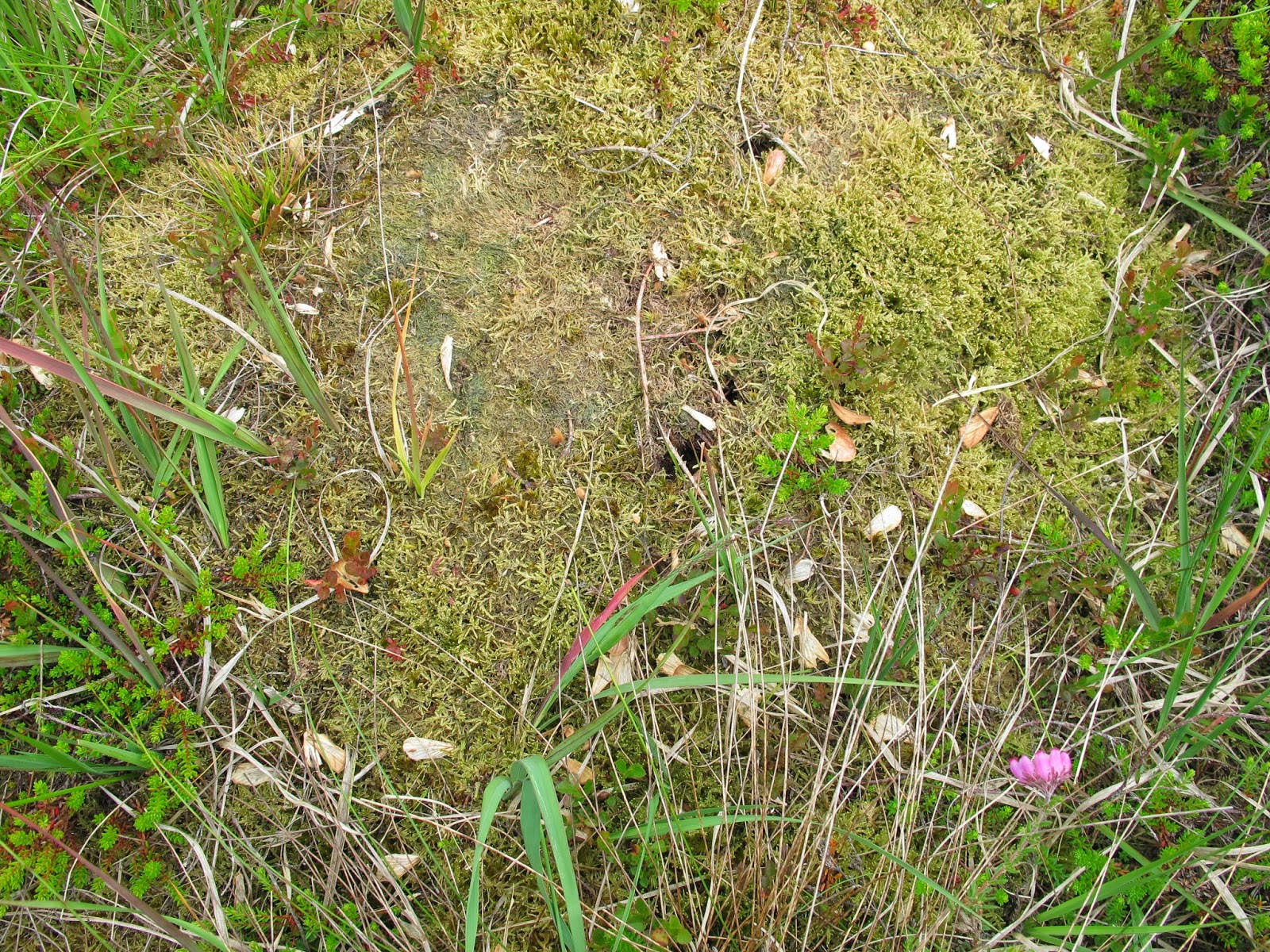