Following the Blog posting a few days ago about the moth-trapping at NBGW on Wildflower Day, I visited NBGW on Sunday with Johnny.  We met Marigold Oakley and Jan Crowther who had run the trap and were sorting through the catch, and were joined by ca. 20 enthusiastic people to look at the moths.  Highlights were a Round-winged Muslin (photo), a Beautiful Carpet and a Pinion-streaked Snout.  I contributed a Grey Dagger larva (photo) that had grabbed my net when I tapped an Alder tree near the entrance. 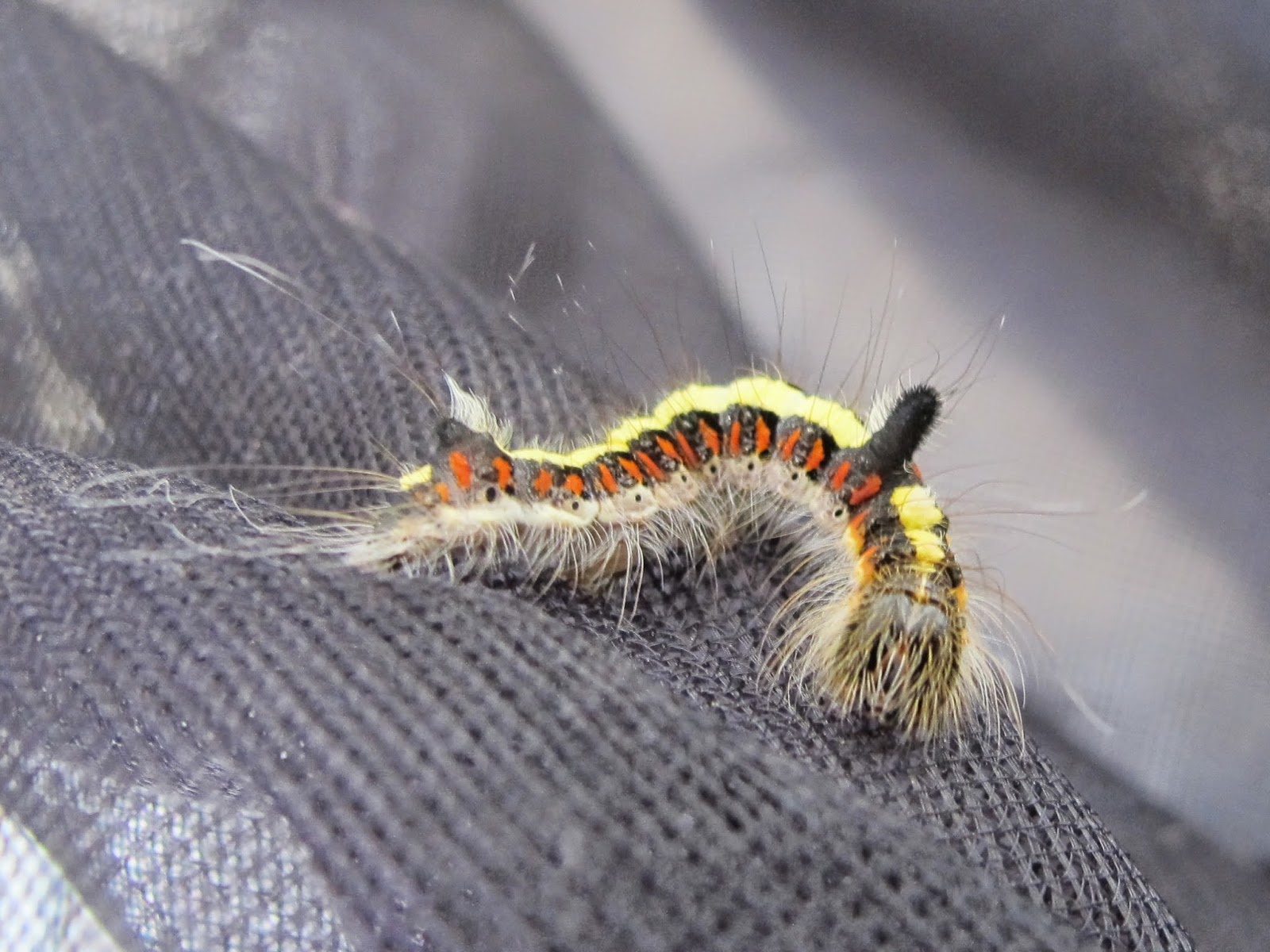 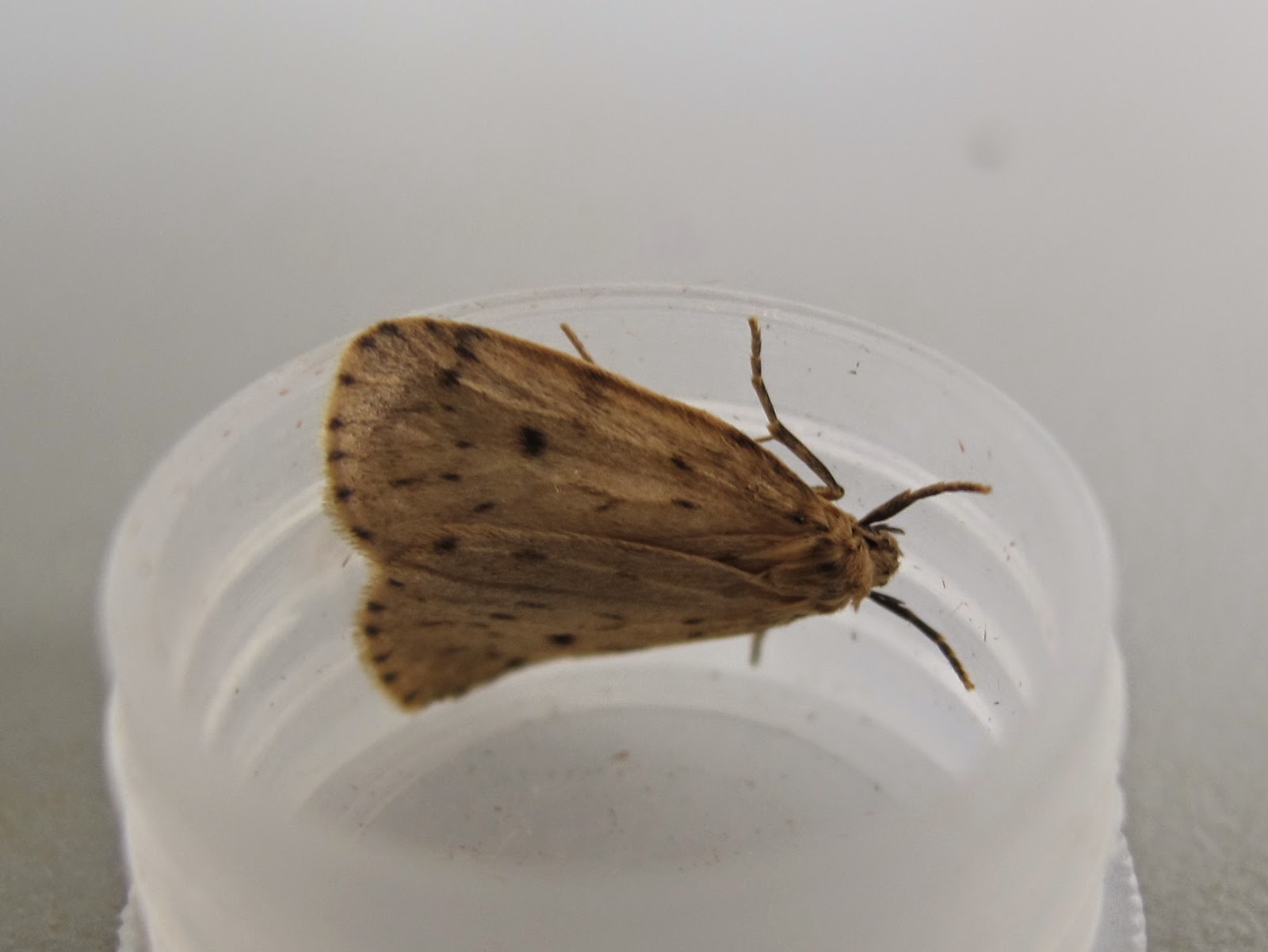 I have just produced a spreadsheet of NBGW records from the Carms Moth Database.  There are 774 records, covering 185 Macros and 102 Micros - it's one of the better-recorded sites in the county.  Most records were made by Jon Baker (188), Ms L. Williams (122), Steve Lucas (108), Mrs M. Raymond-Barr (95) and Chris Manley (92).  None of the species trapped overnight was new, as far as I can see, apart from the Tortricid Eucosma hohenwartiana and the Grey Dagger as only Grey/Dark Dagger agg had been recorded before.

After the trapping I did a little gentle tapping of (non-cultivated) trees, which produced 8 spp of Micro new to the site, including two superb 'tiny shinies': Bohemannia quadrimaculella and Phyllonorycter lautella.  If either was the size of a Noctuid we'd rave about them!! 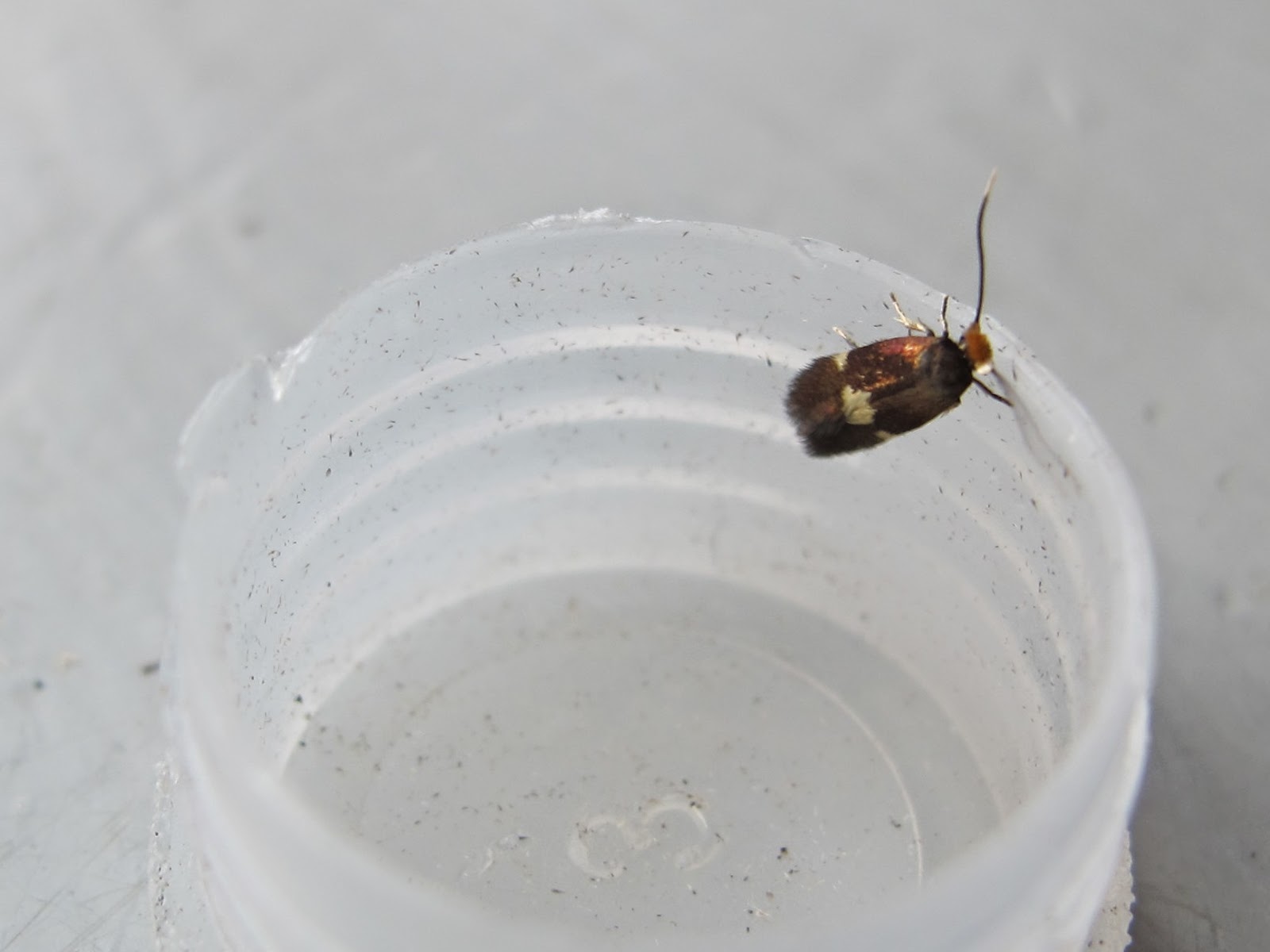 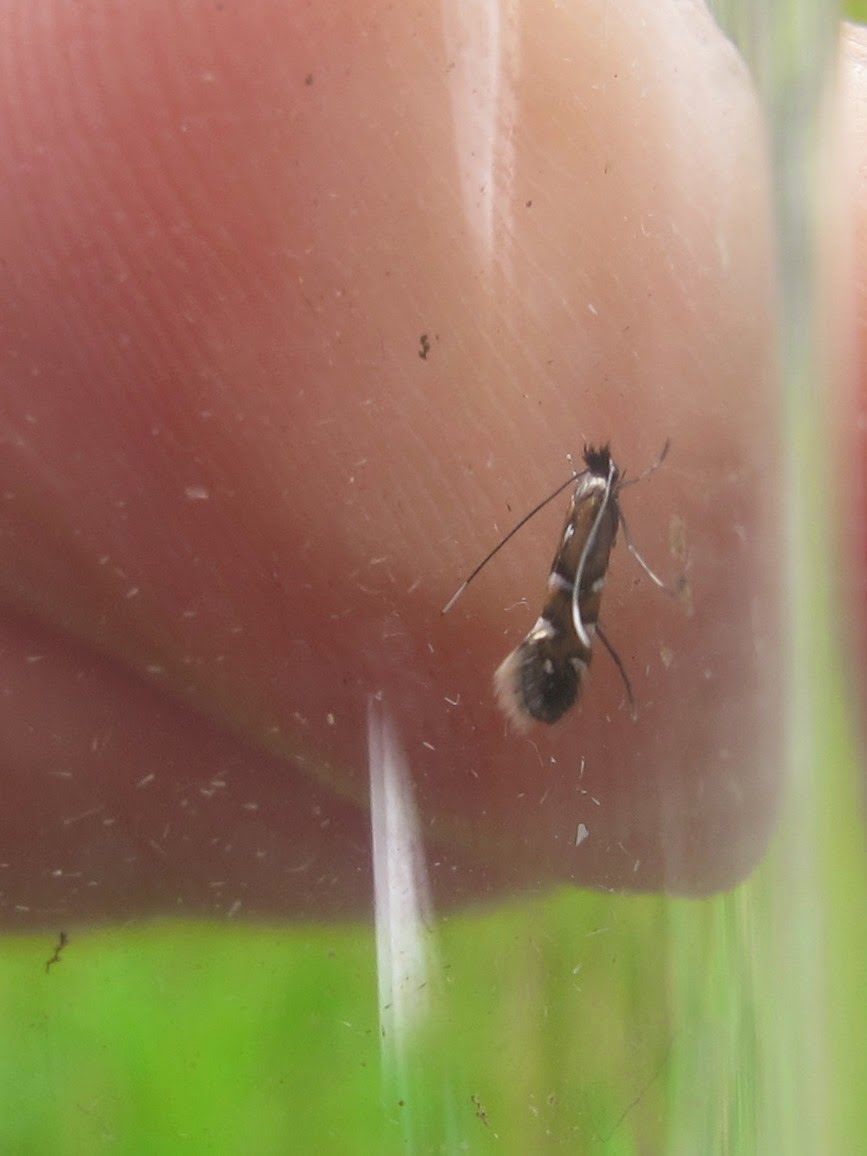 2 Bohemannia quadrimaculella were beaten from Alder by the lake; there is only one previous Carms. record of this big Nepticulid (yes, that's really big by Stigmella/Ectoedemia standards!).  2 Phyllonorycter lautella came from Oak behind the walled garden; there are 5 Carms. records of its leaf mines, but only 1 other of the imago.
Posted by sambbryo