Two actinic traps were positioned at opposite sides of the garden last night and the results were quite pleasing insofar as they attracted a new macro species, i.e. new to me here, namely Twin-spot Carpet: 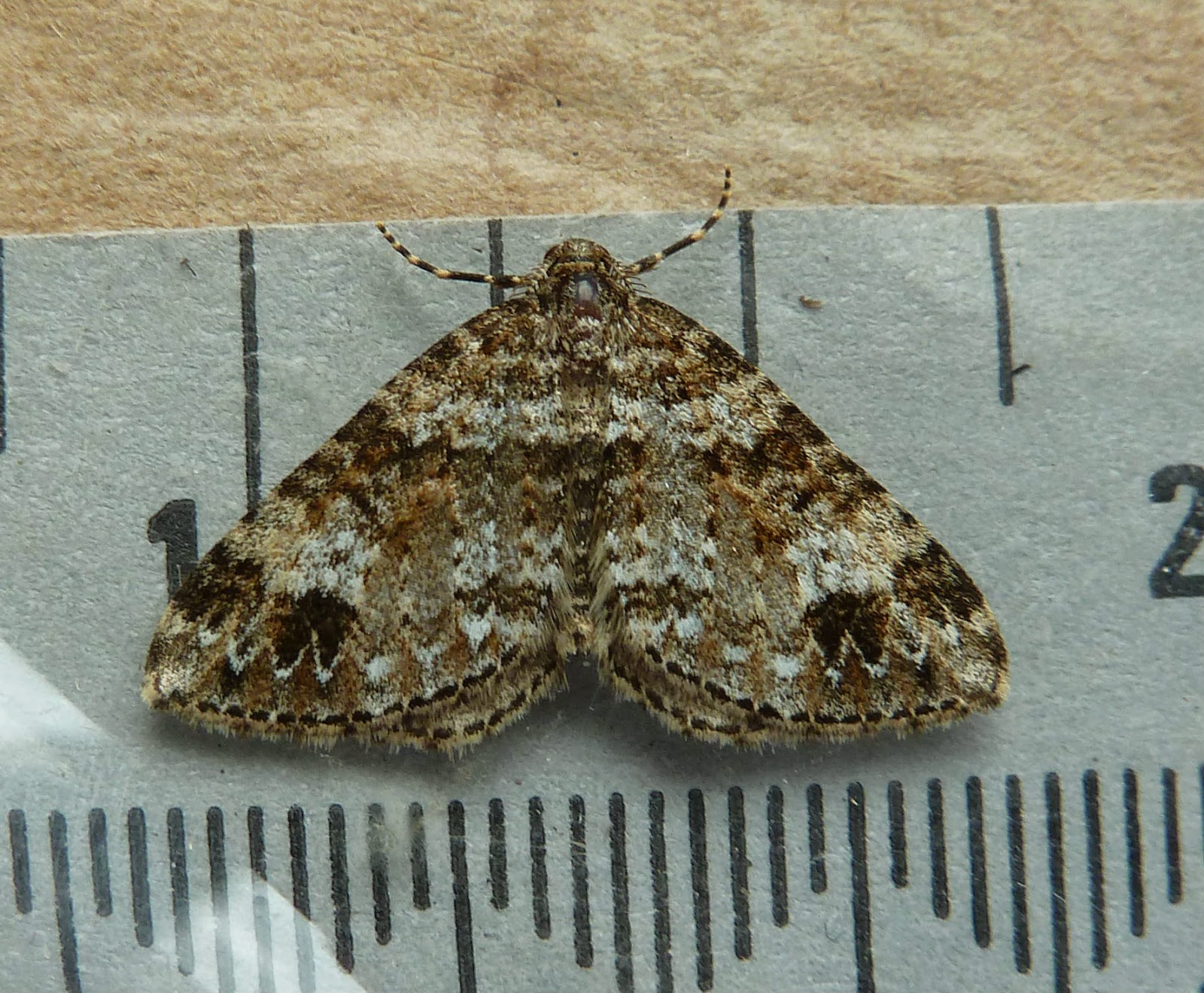 This Footman was a bit of a surprise, too, because of its deep orange colour, but I don't believe that it can be anything other than a very vividly-coloured Buff Footman: 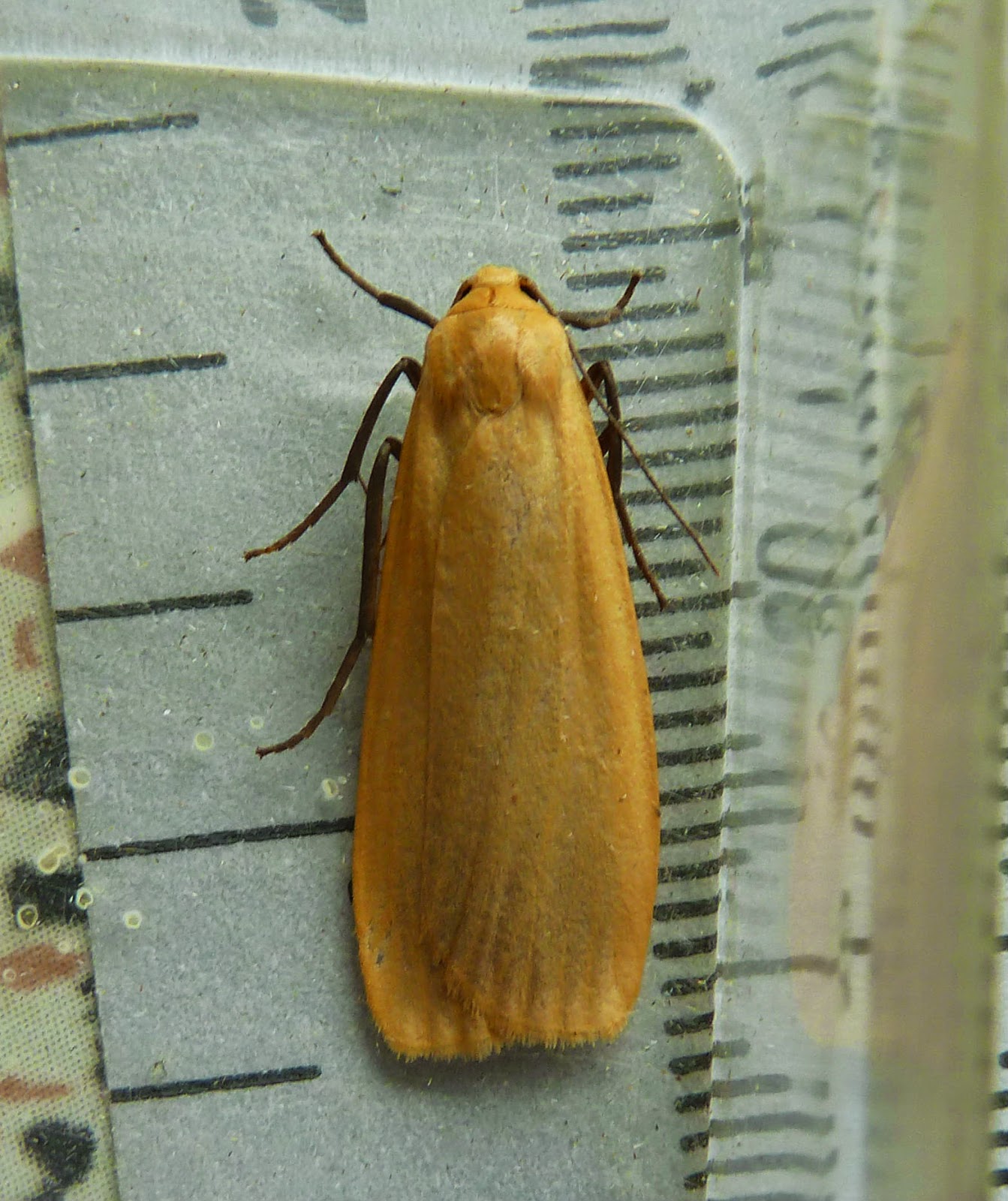 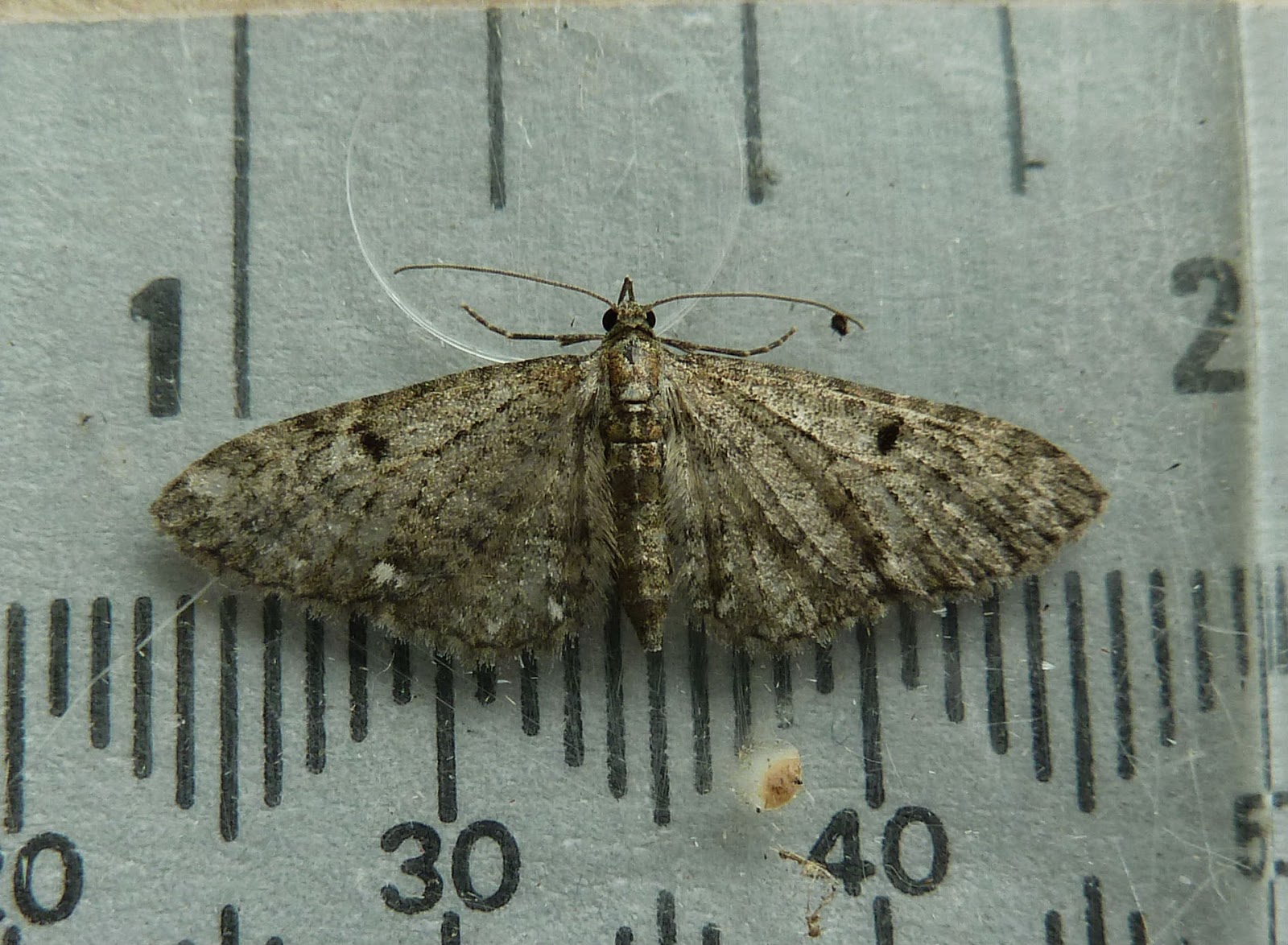 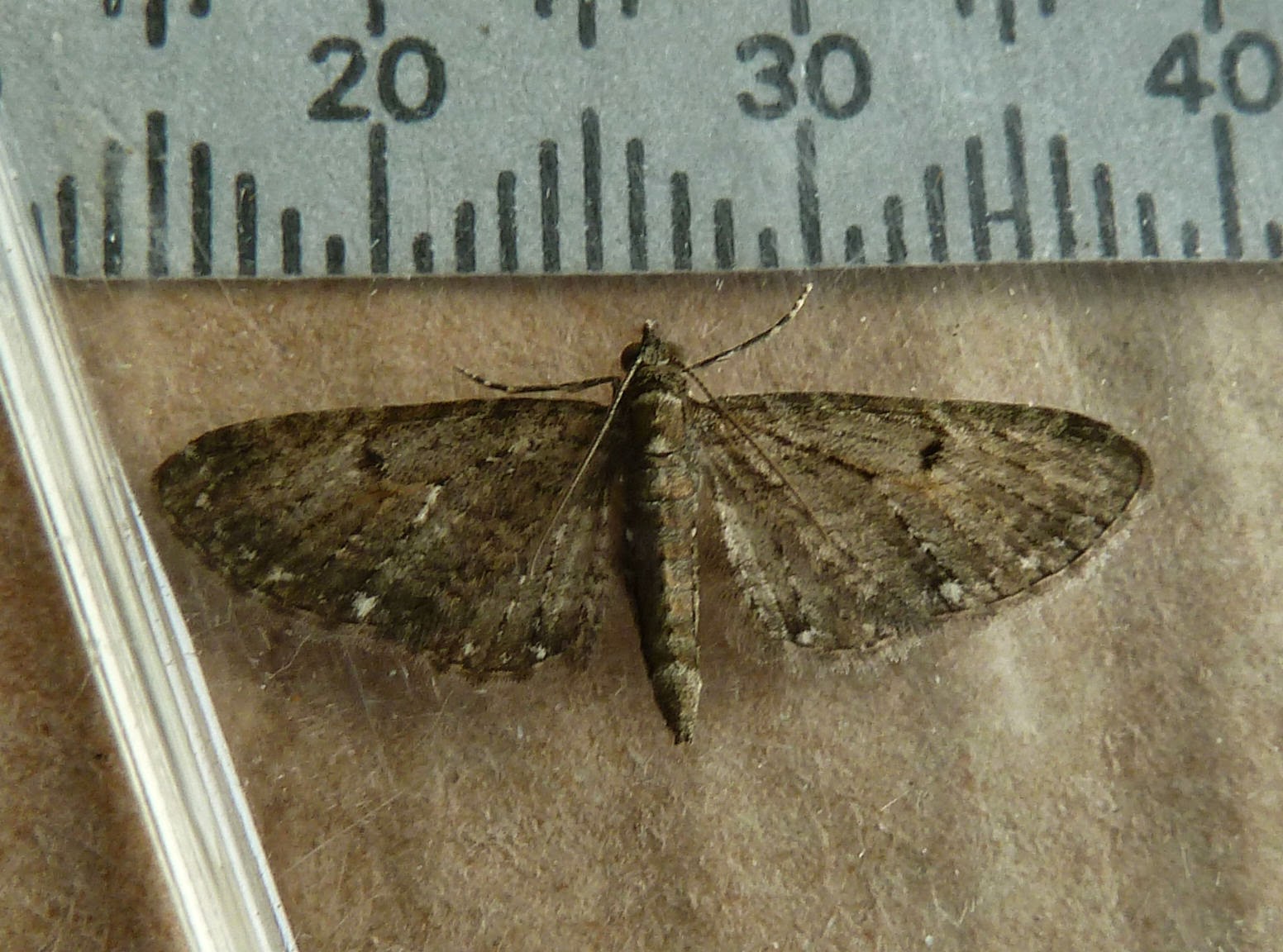 The top one has similar features to the one in the photo I posted on Saturday; Sam, there's certainly a pale spot on the thorax of this one, and I'm tending to think that this is a Larch Pug, too, unless there's any contrary view.  The other one has a series of white spots along the termen, as well as a white thoracic spot and smaller discal spots, so I'm assuming that it's a White-spotted Pug, which I've had before.