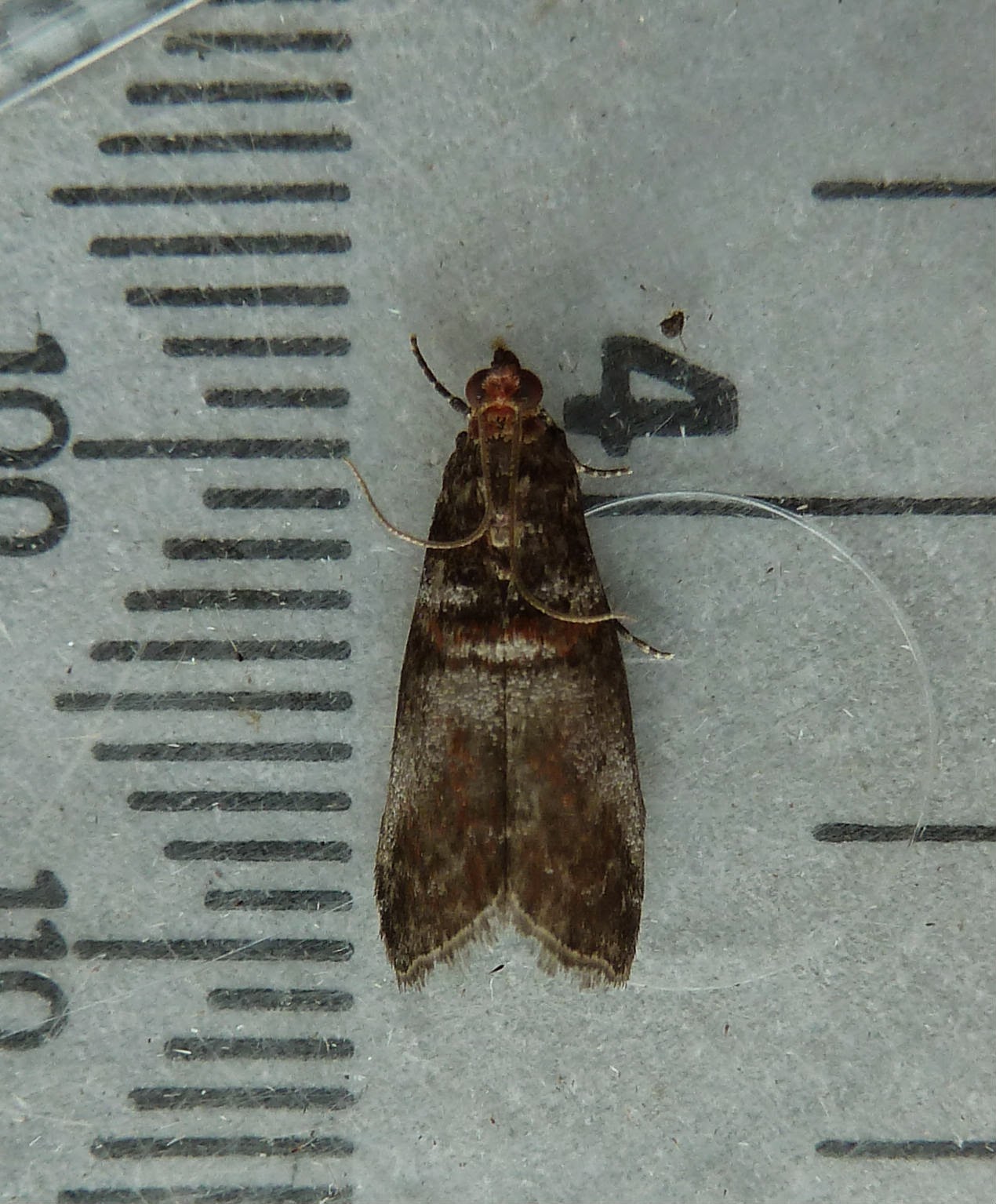 Following on from recent blogs concerning Small Ermines and Agriphila spp. I need to be sure that I've learned something from the discussions! 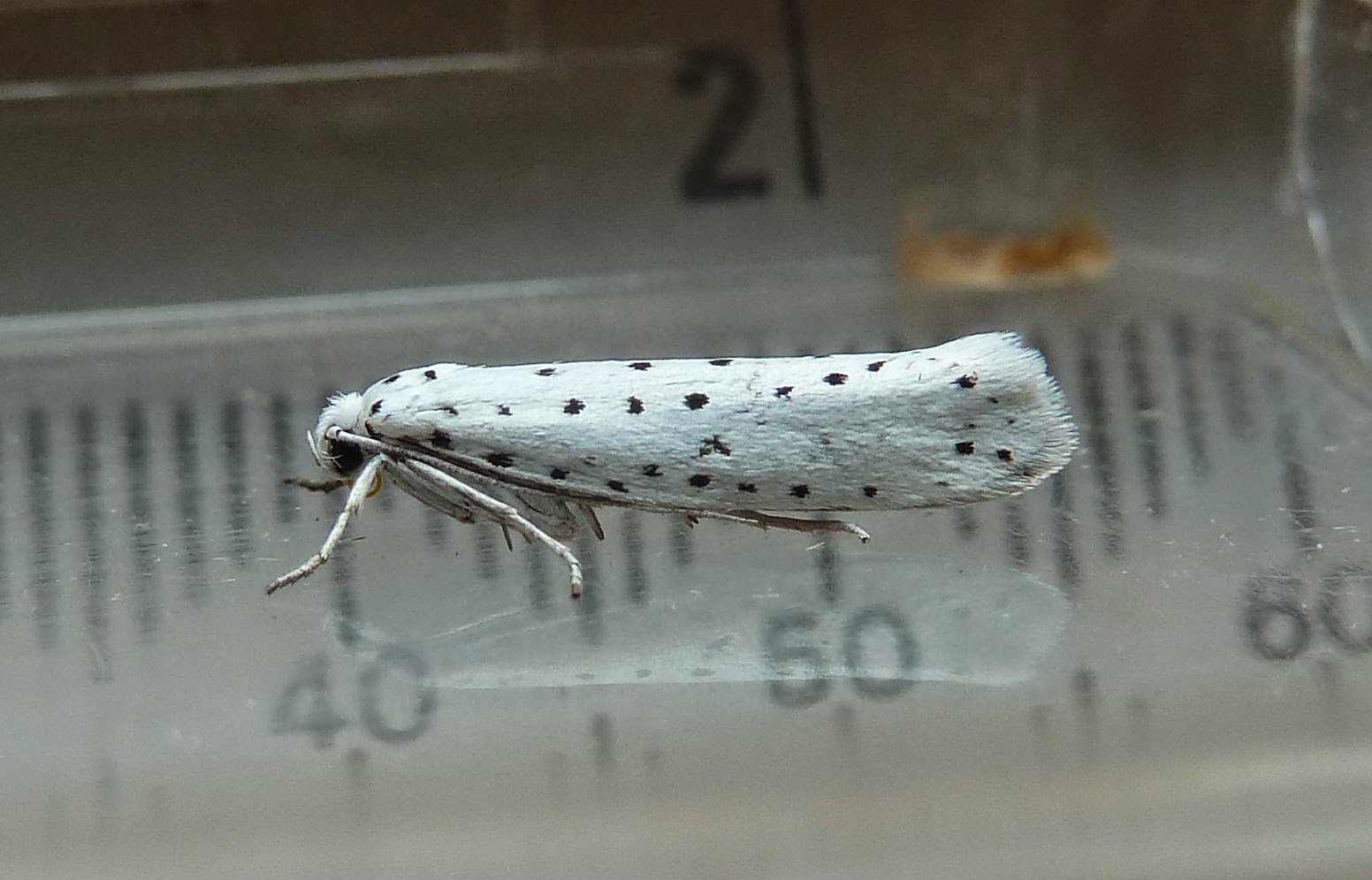 I think that this moth is a different species from the ones whose photos I posted on Saturday.  In his response to Isabel's blog last Friday, Sam described three sets of features: greyish with grey cilia, white with grey cilia, and white with white cilia.  Unless my grey/white perception is still off-mark, I would put this moth in the last category - which would make it a Spindle Ermine (Y. cagnagella)...I think!  However, if it is simply not possible for inexperienced operators like me, and with poor grey/white perception, reliably to separate the four species that don't have distinctive features like the more numerous spots of the Bird-cherry Ermine, (viz. padella, malinellus, cagnagella and rorrella), perhaps we should have the option of combining them in a single category for recording purposes, rather than risk making a mis-identification.

I had three Agriphila sp. individuals on Tuesday night:

In the first moth (in the box) the whiteish streak narrows sharply at about half way (= A. tristella) whereas I can see the 'cigar-shape' that Barry described, in his response to my previous blog, in the streaks on the other three (=A. selasella).  Hopefully I've got that right!
Posted by Chris Handoll