I'm in a quandary.

Sam's 2013 moth list shows Dingy Shell as last seen in the county in 2008. I have found a small moth (shown below with very poor quality photos) but it will not oblige by holding its wings open, so I am unsure what the upperside looks like! It seems to match Richard Lewington's illustration in the field guide, however. Is this sufficient to be an acceptable record of the moth? Does anyone know how to get the moth to open its wings without causing injury to it? 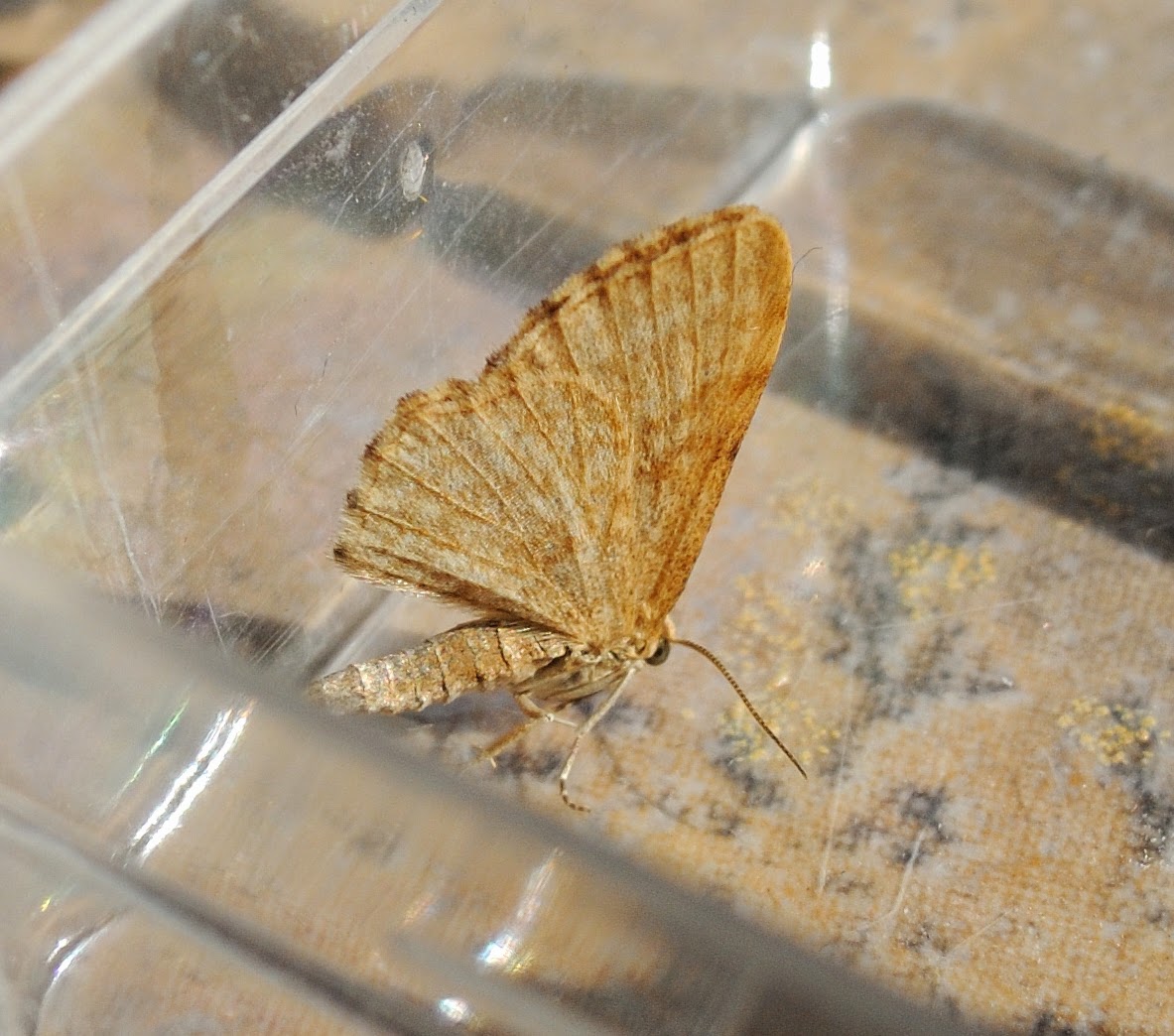 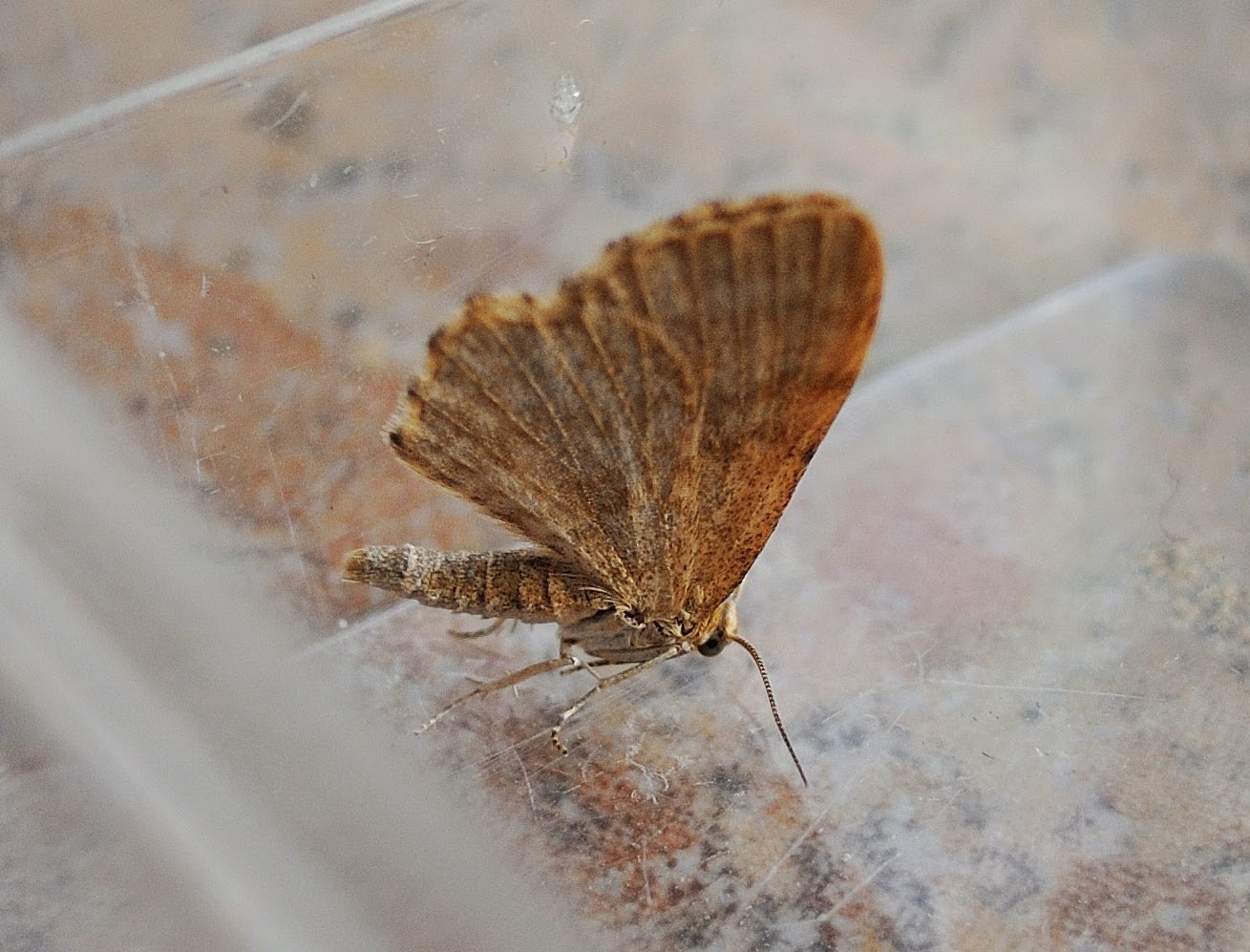 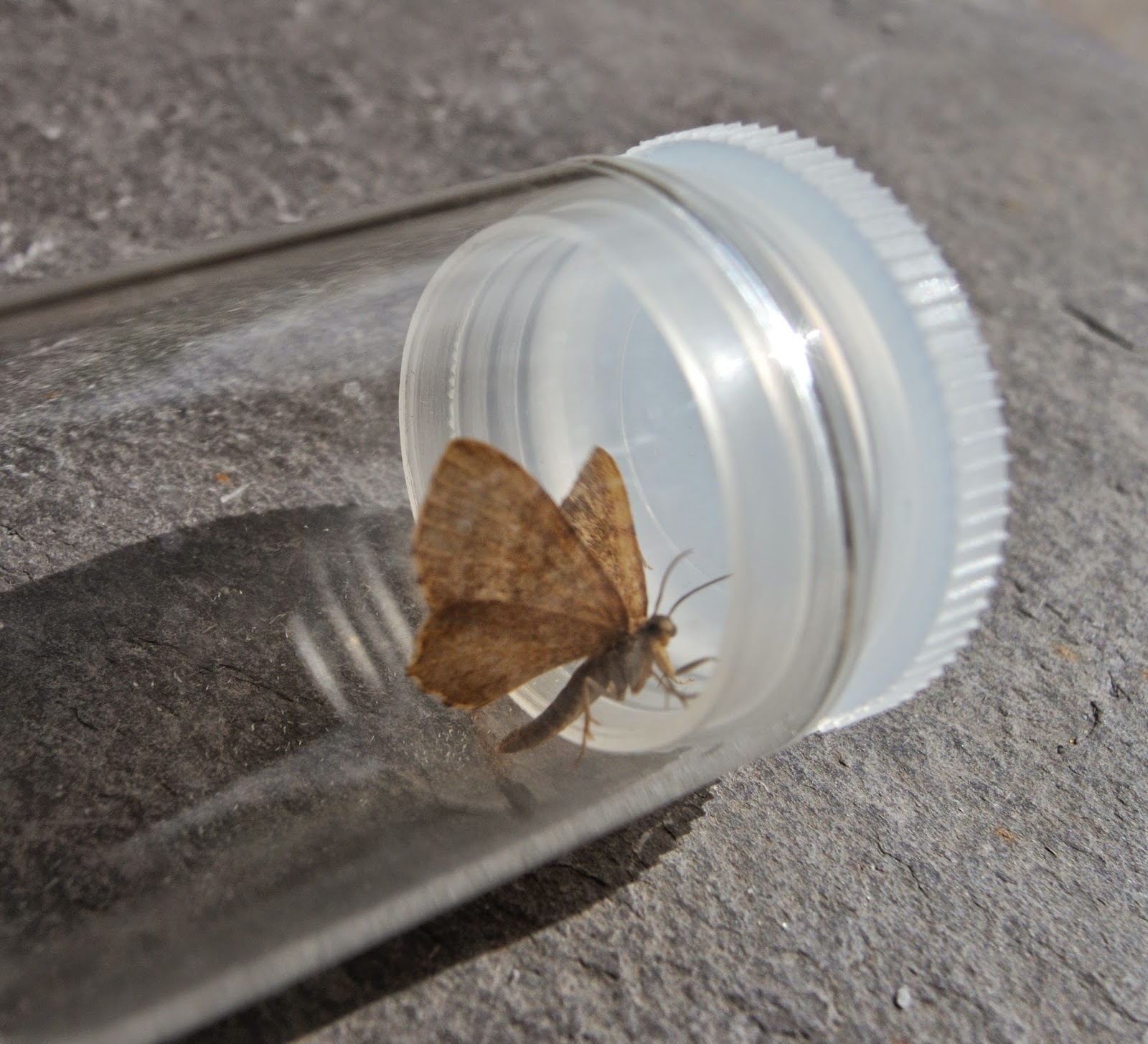 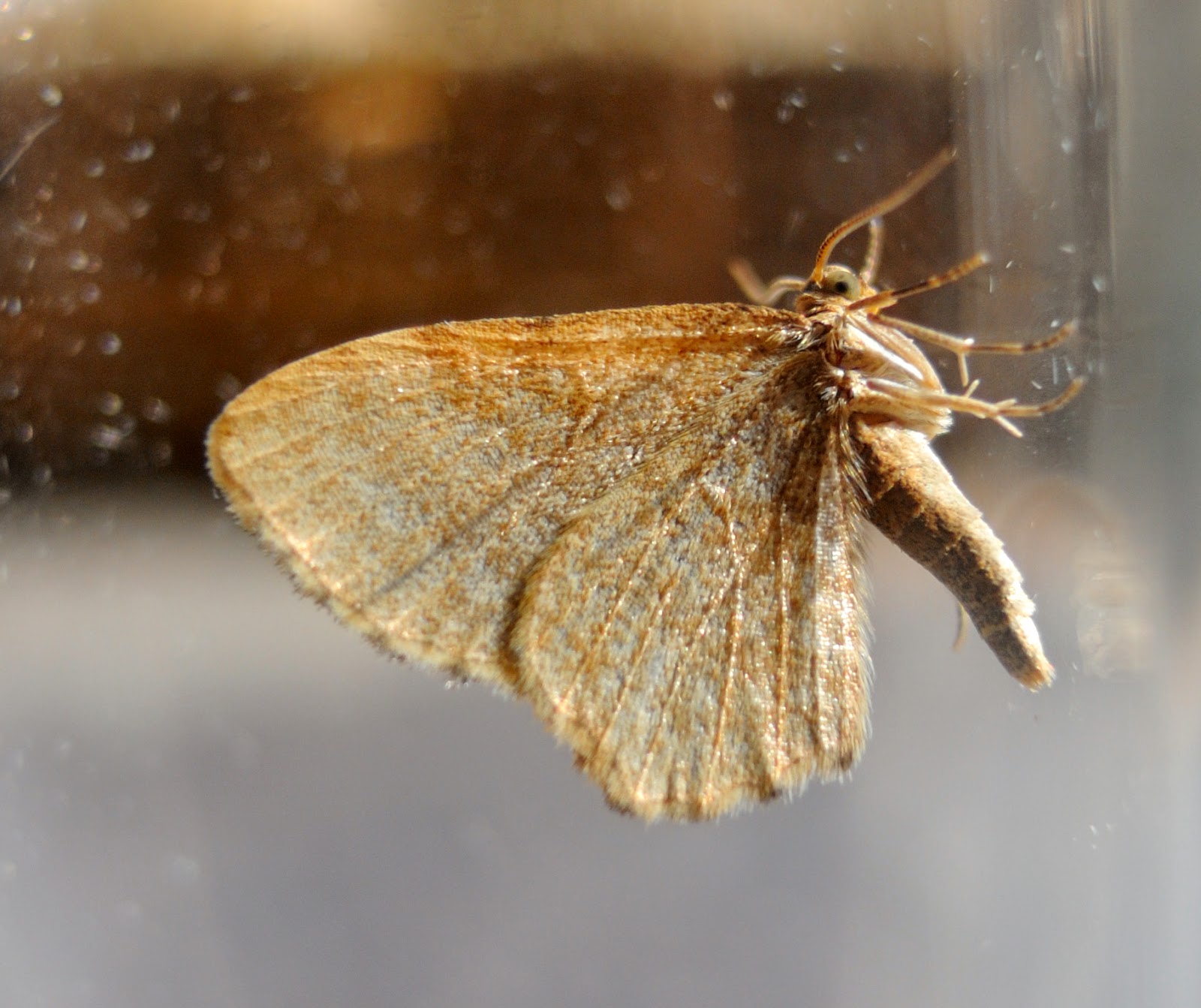 N.B.: The moth was found 100 metres, or so, from alders. The collecting tube is 25 mm in diameter.
Posted by Steve Clarke