I was too fatigued yesterday evening to do an `away from home` trap, although I`d originally planned to do so, therefore I contented myself to just trapping at home with three traps set out - a strong 40W actinic on the roof, an MV on a garden bench and another reasonably strong actinic at the very bottom of the garden, perched atop my compost heap! I resolved to try to see how many moths this array of traps could lure.
I also regularly inspected the traps at intervals up to c 11.30 when tiredness, aided by a couple of cans of Felinfoel `Double Dragon`, sent me to bed (where I did n`t sleep well due to the heat!). After about five hours `half-sleep`, I was up early this morning.
I spent a good hour going through the traps this morning, recording 76 macro species and 15+ micros. There were some species that I only saw whilst checking the moths last night, such as silver y and diamond-backed moths (and it was n`t due to the `Double Dragon`!) and there was a very marked activity of arrivals which was n`t reflected in the numbers etc in the traps this morning. As we all know, to get the maximum number of species recorded, it is best to stay with the traps - which is n`t always practical, especially when bed beckons! I`m sure that a lot of moths were attracted to the traps but only to `move on`. A downside of the numbers of moths and the warm conditions was that many moths were rather active in the traps and consequently worn by this morning.
I had another four-spotted footman - indeed the footmen group were well represented, with scarce footman, buff footman, dingy footman, rosy footman and the related round-winged muslin, the latter a wanderer from close-by wetland habitat. Some wetland pyralids were also well represented too, with brown China-mark Elophila nymphaeata, small China-mark Cataclysta lemnata, ringed China-mark Parapoynx stratiotata, water veneer Accentria ephemerella and Chilo phragmitella. 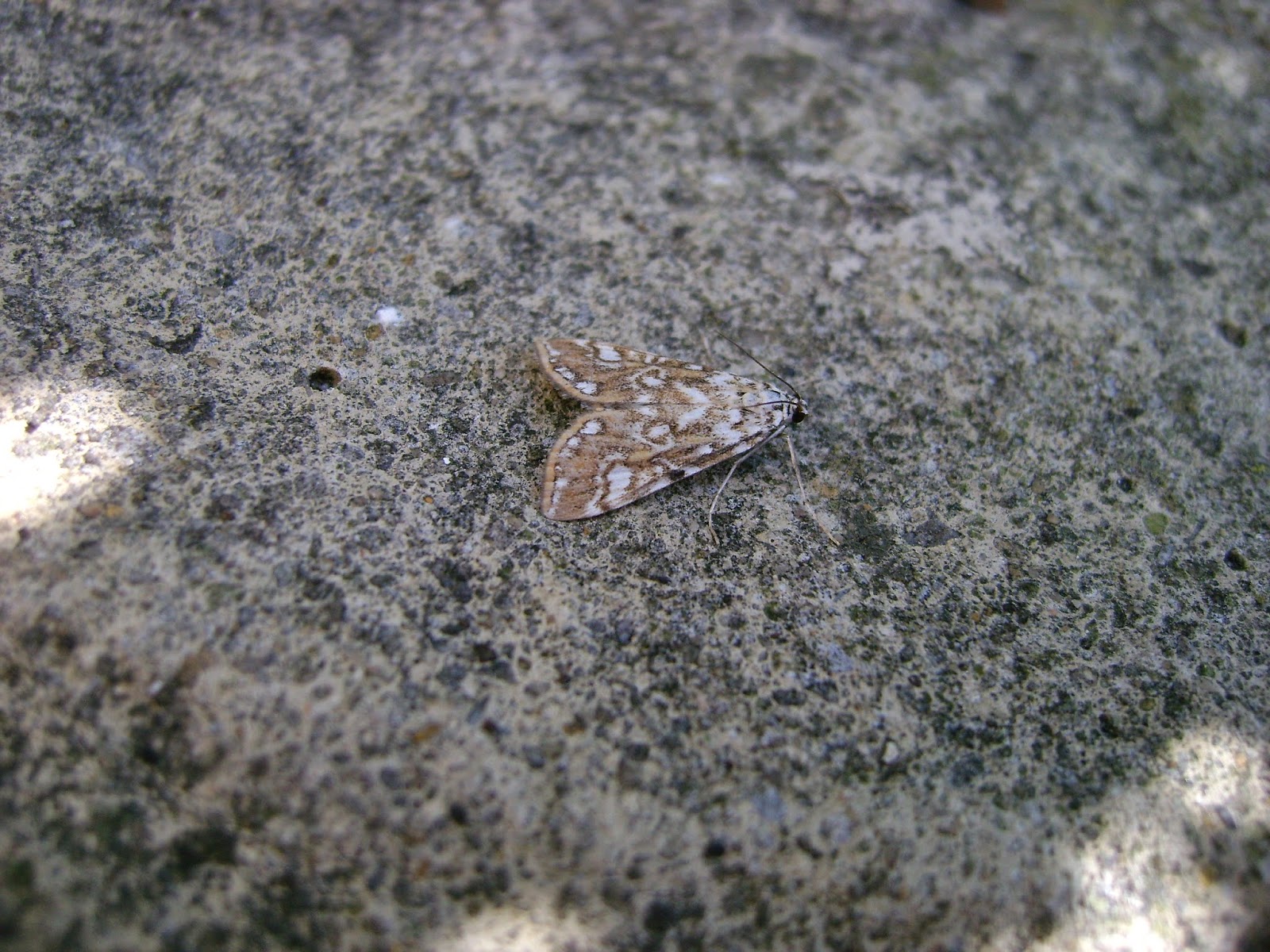 I also had a silky wainscot, together with some southern wainscots, small wainscots and small rufous. A couple of pinion-streaked snouts again sent me on a `micro-moth wild goose chase` before` the penny dropped` as to what they really were! 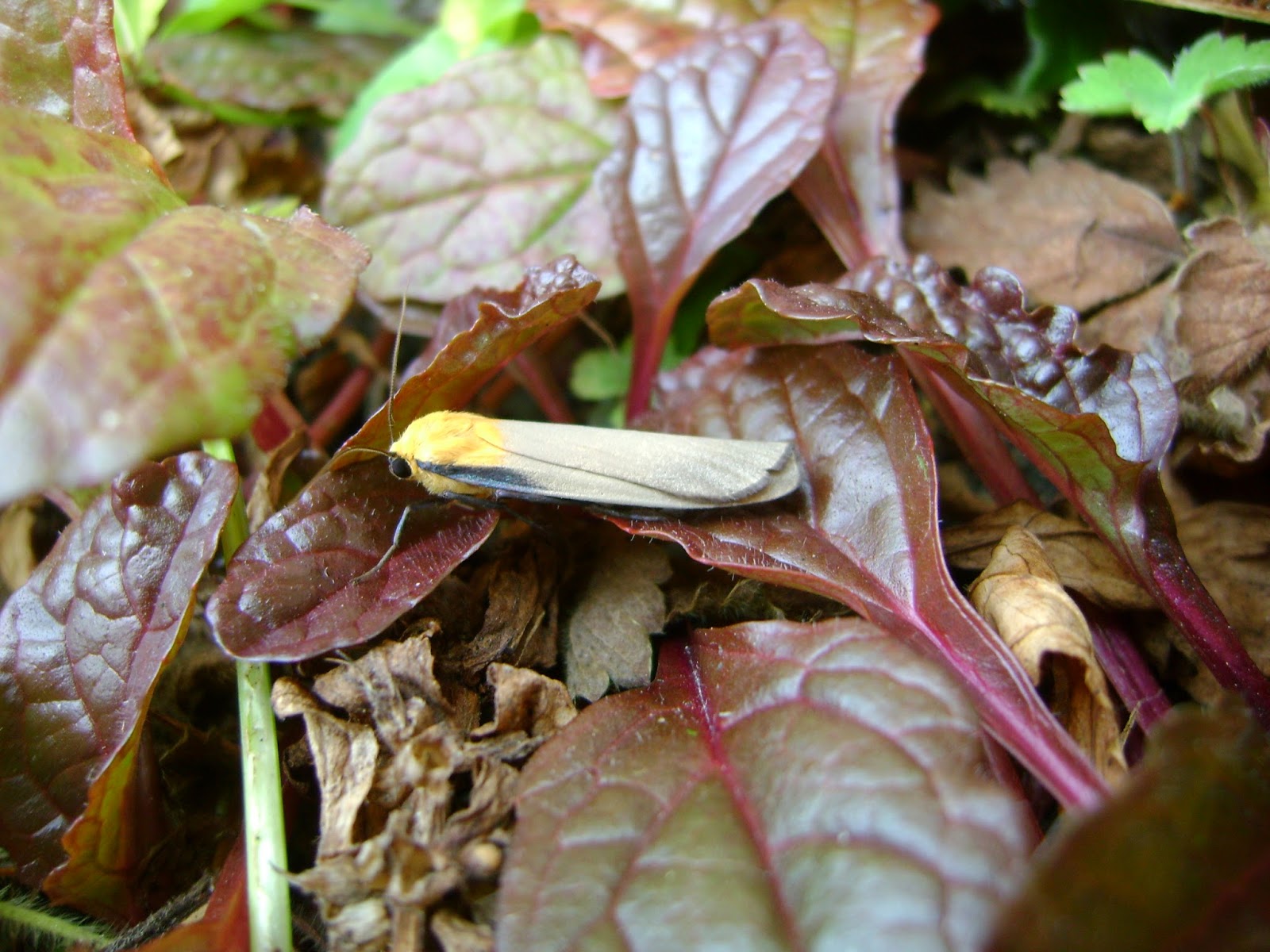 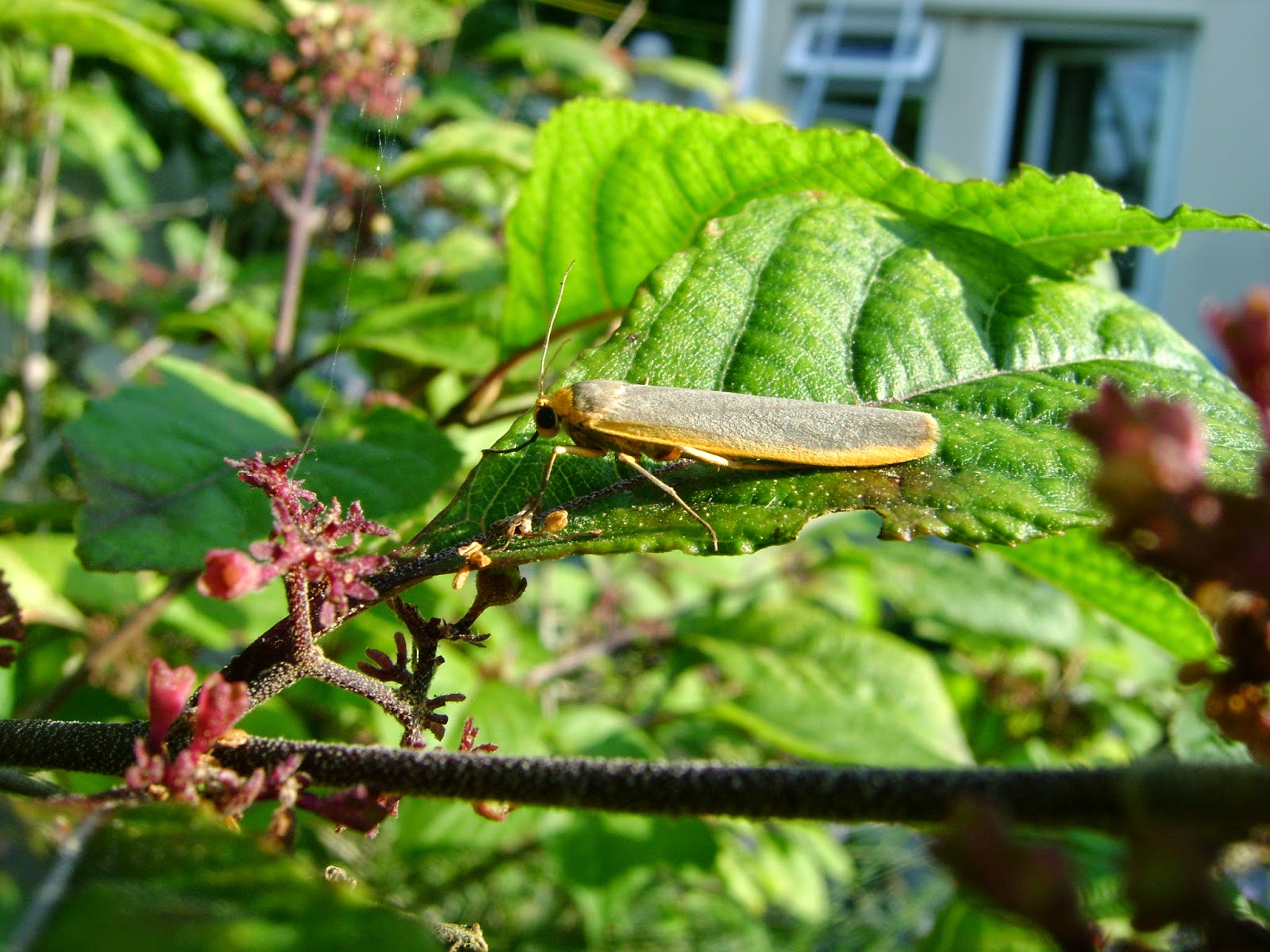 Above: scarce footman, a very slender member of this group. 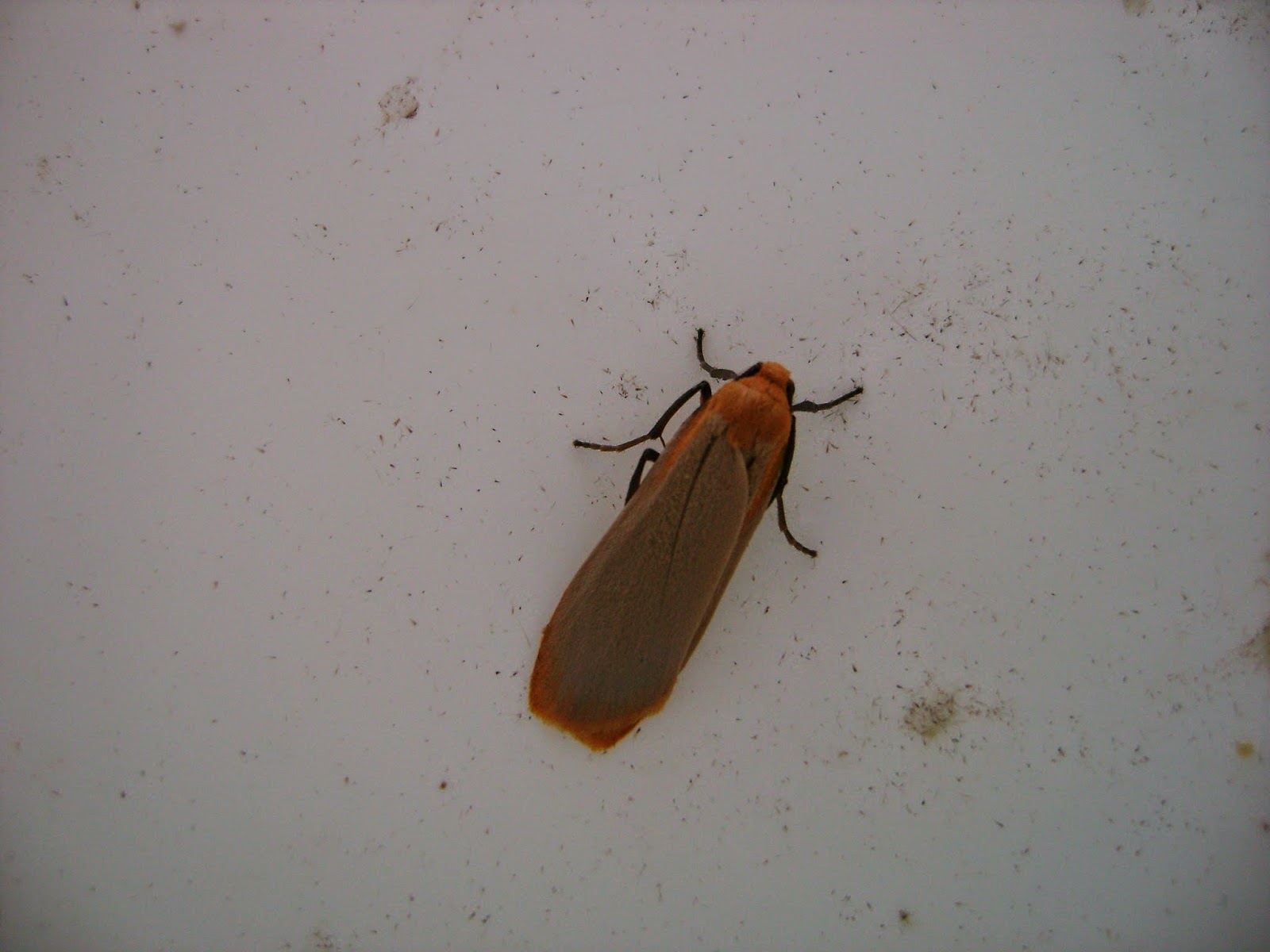 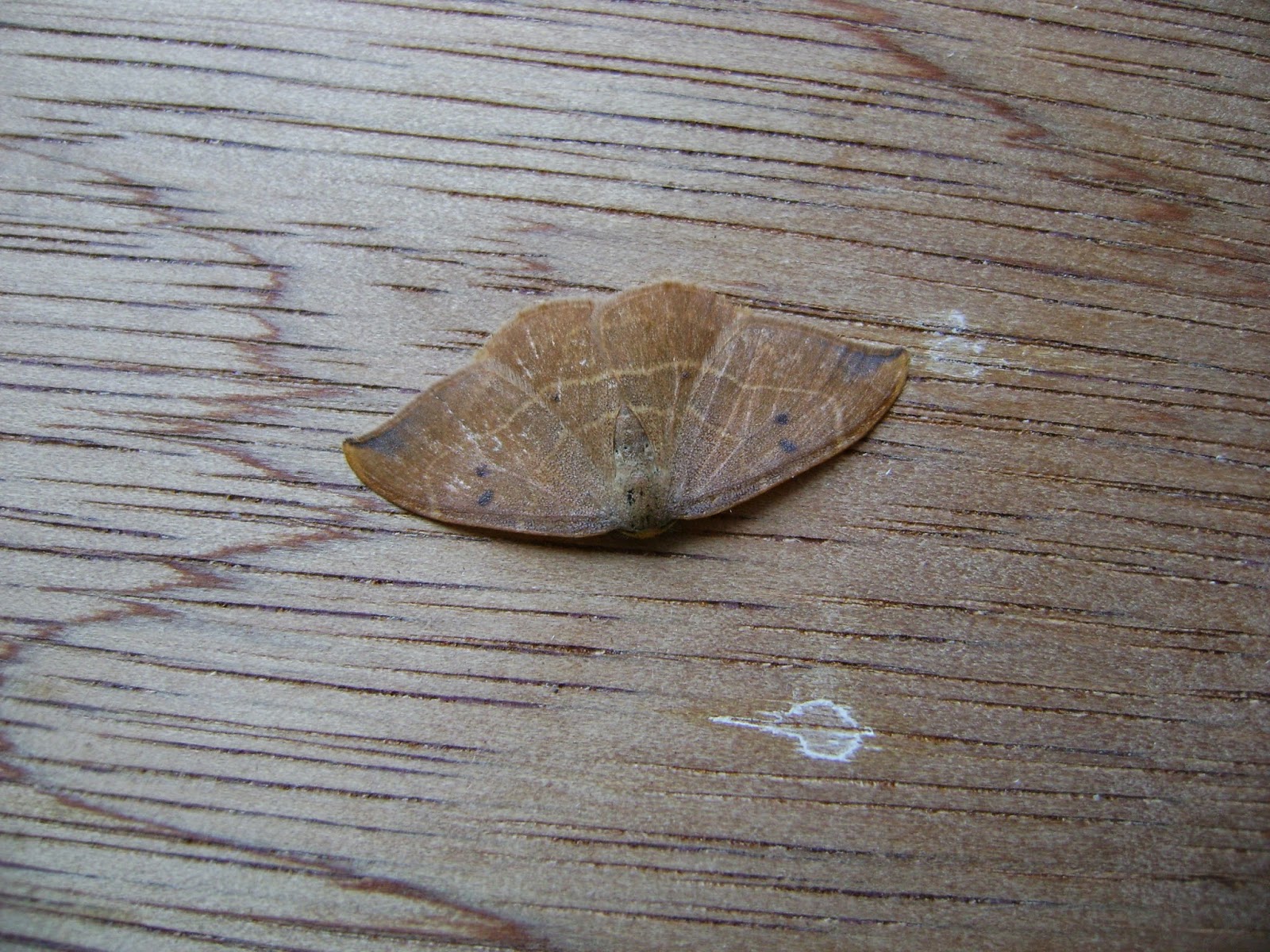 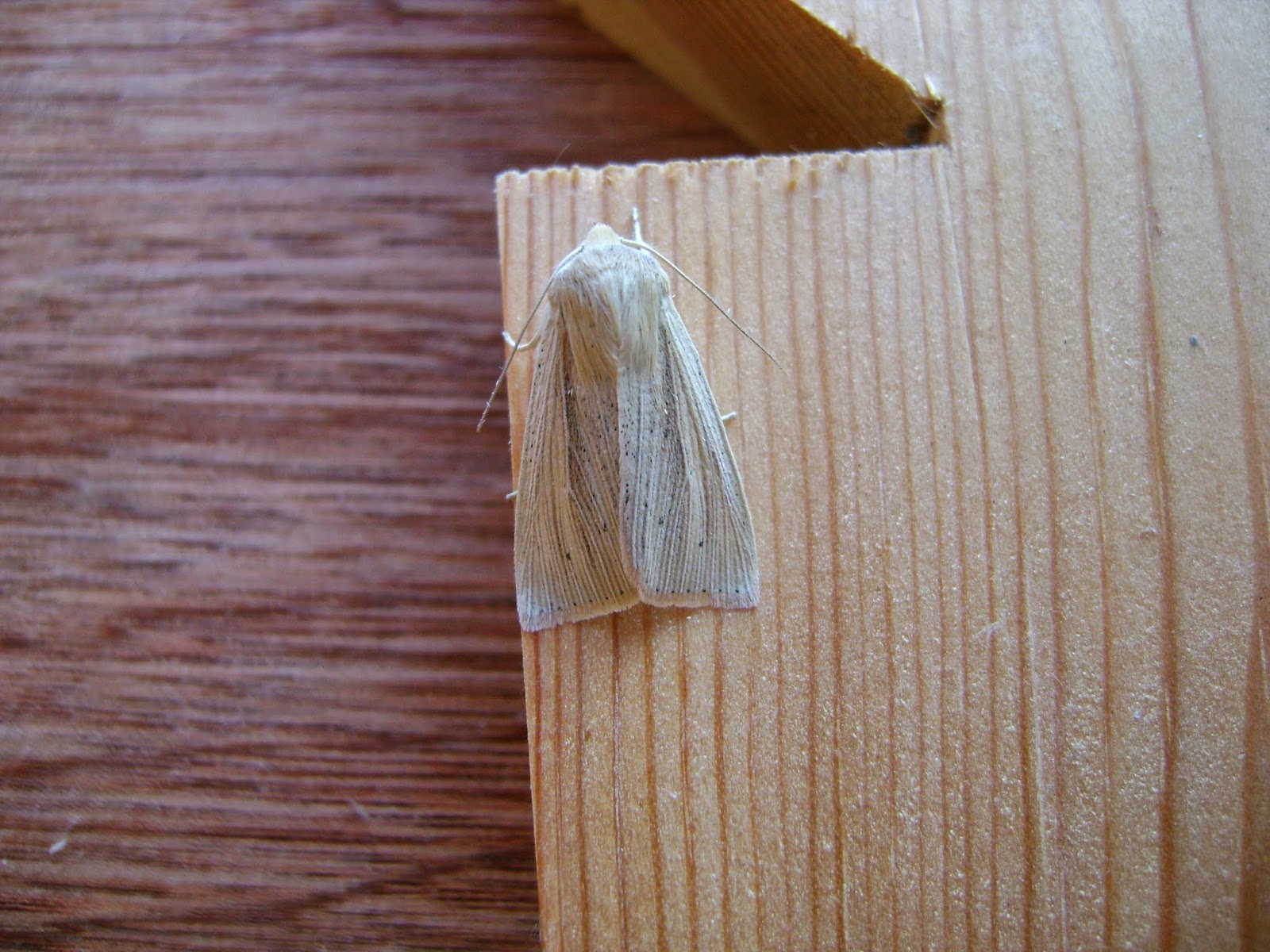 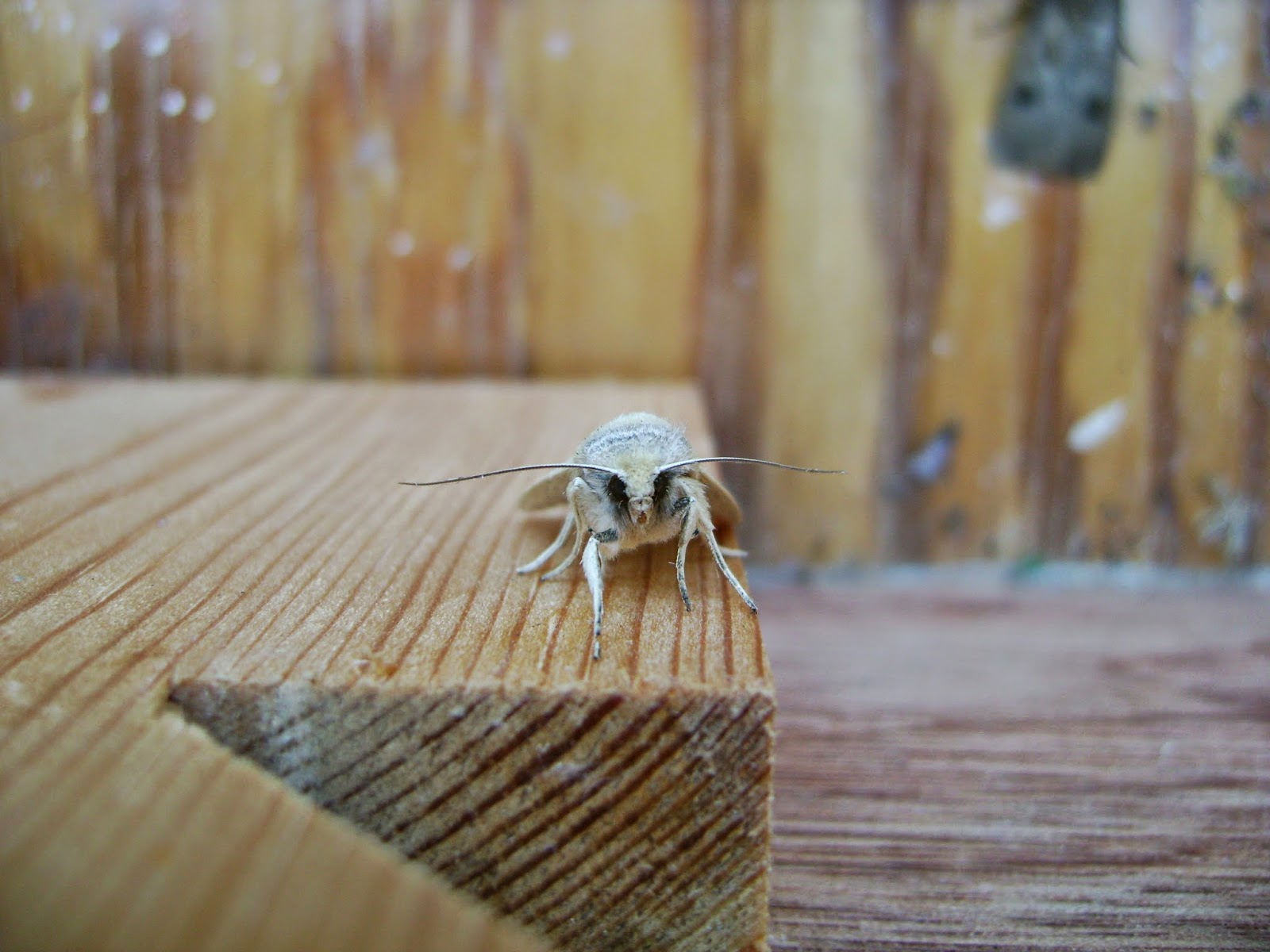 Above: the southern wainscot `head-on`. Note banding on forehead: Jon Baker told me of this i/d tip. 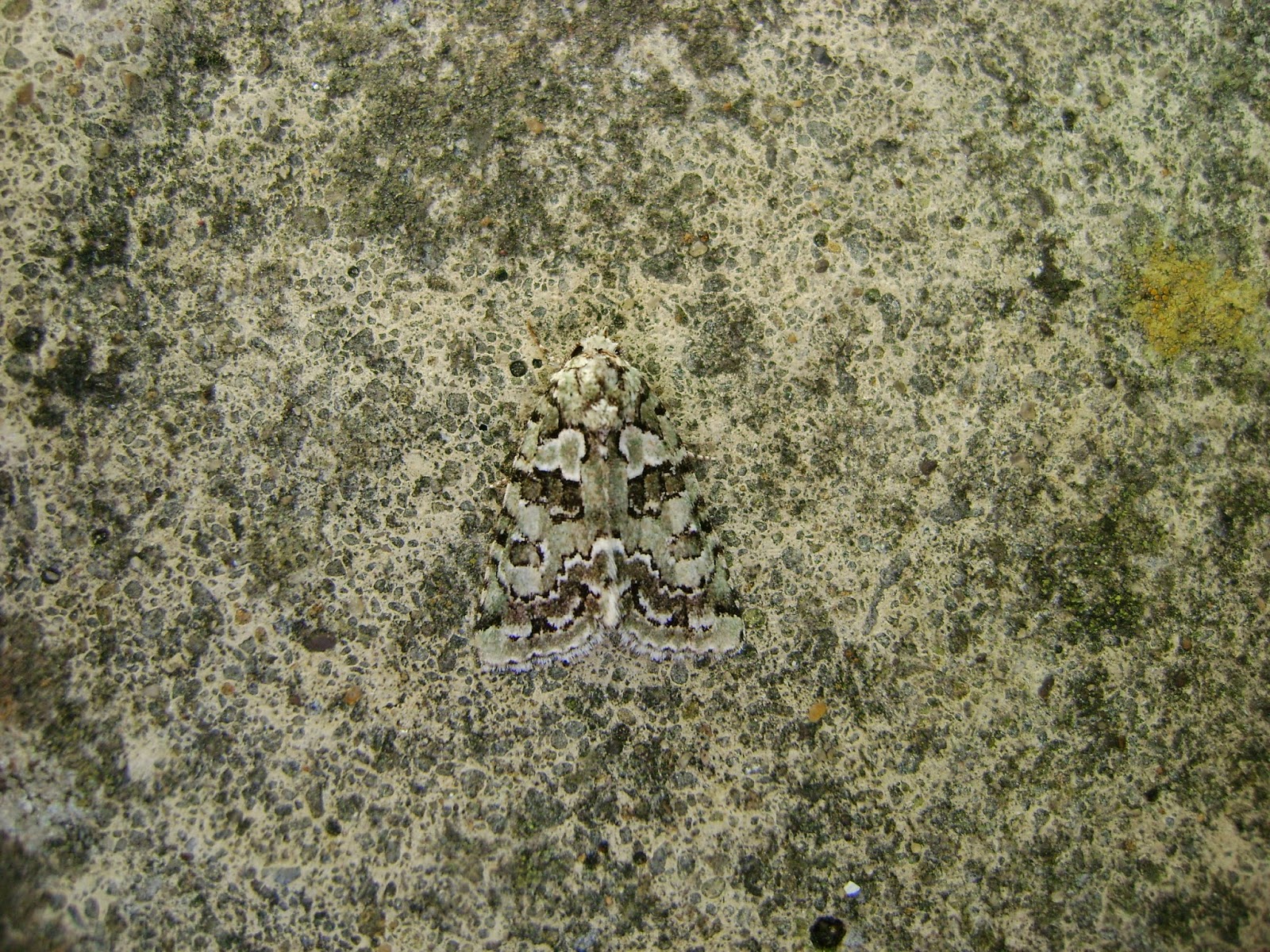 Above: marbled green, well-camouflaged against the stone background. 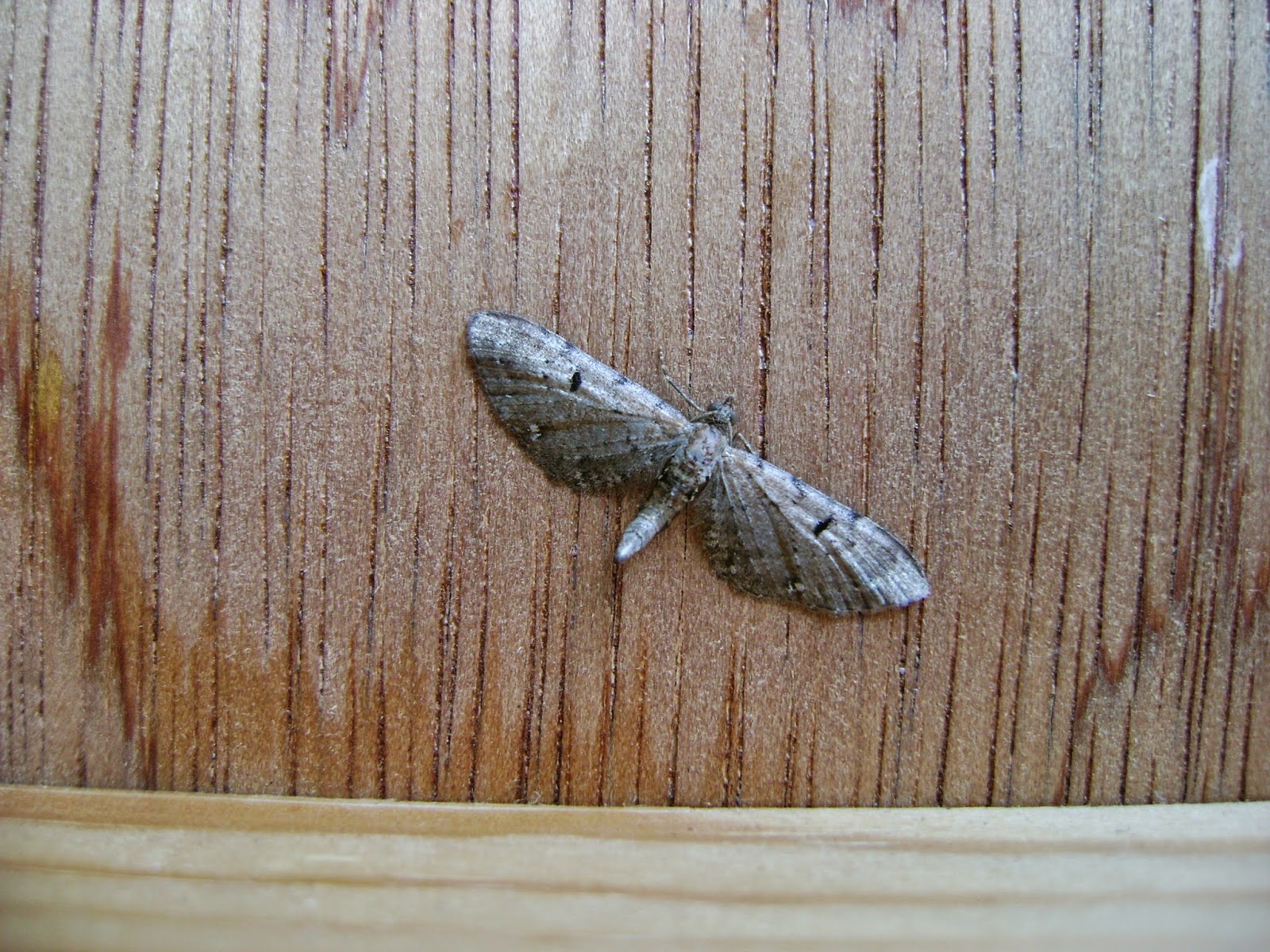 Above: I think this is a currant pug. 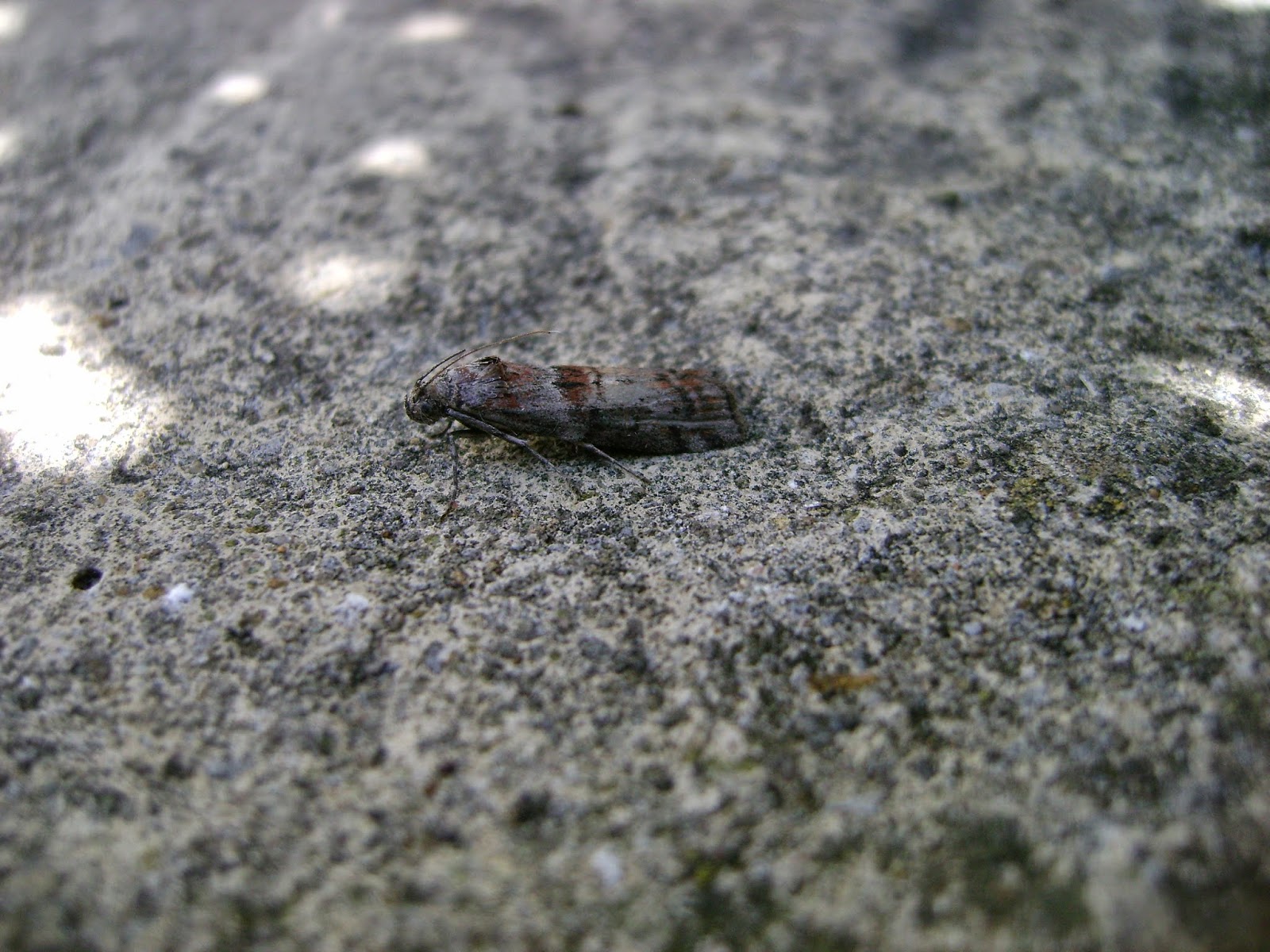 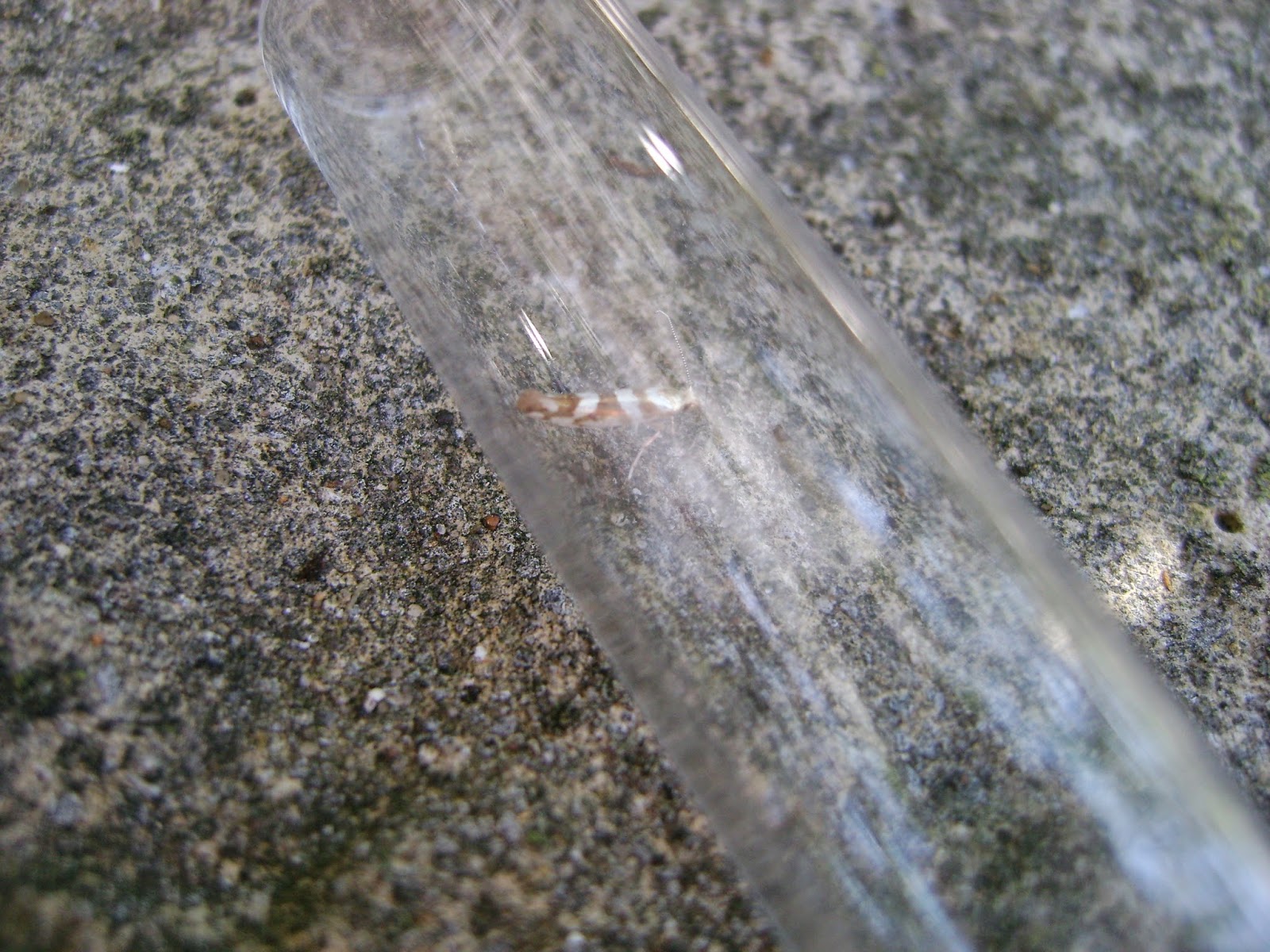 Above: finally, a really poor photo from the Ministry of Lousy Photos - I think that this is the birch-feeding Argyresthia goedartella?

I hope to leave my mobile actinics out somewhere tonight to take advantage of the great trapping weather. I still have some micros to look at from last night, as well as from earlier this week.
Posted by Ian Morgan