It was good here, too, but the final tally won't be ready for some time owing to uncertainty regarding some of the catch, in particular the Scoparines and the Yponomeutids - which look like arriving in force this year as they did in 2011.  Large numbers of the former group, nothing like as many as Barry encountered but certainly dozens of them, almost certainly a combination of Dipleurina lacustrata and Eudonia mercurella.  Unfortunately I haven't the confidence to make on-the-spot identifications, so have to photograph as many as I reasonably can and decide at leisure.  It was nice to have Broad-bordered Yellow Underwing here, too, the first I've seen since 2011 - I had a photo lined up, but Sam's beaten me to it so I won't post! Other notable arrivals were another Cloaked Carpet, FFY Six-striped Rustic, a Common Footman and several Buff Footmen amongst the very numerous Dingy ones, and Tawny-barred Angle, new to me and I believe that it might be the dark variety  f. nigrofulvata: 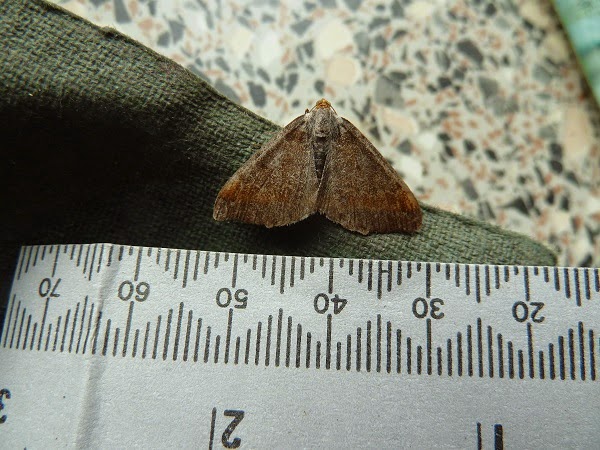 Regarding the Yponomeutids, I believe that most if not all of them are Y. padella, but will have to post a photo or two once I've had a closer look.  Other micros included what I believe to be Phycita roborella but if not, please put me right: 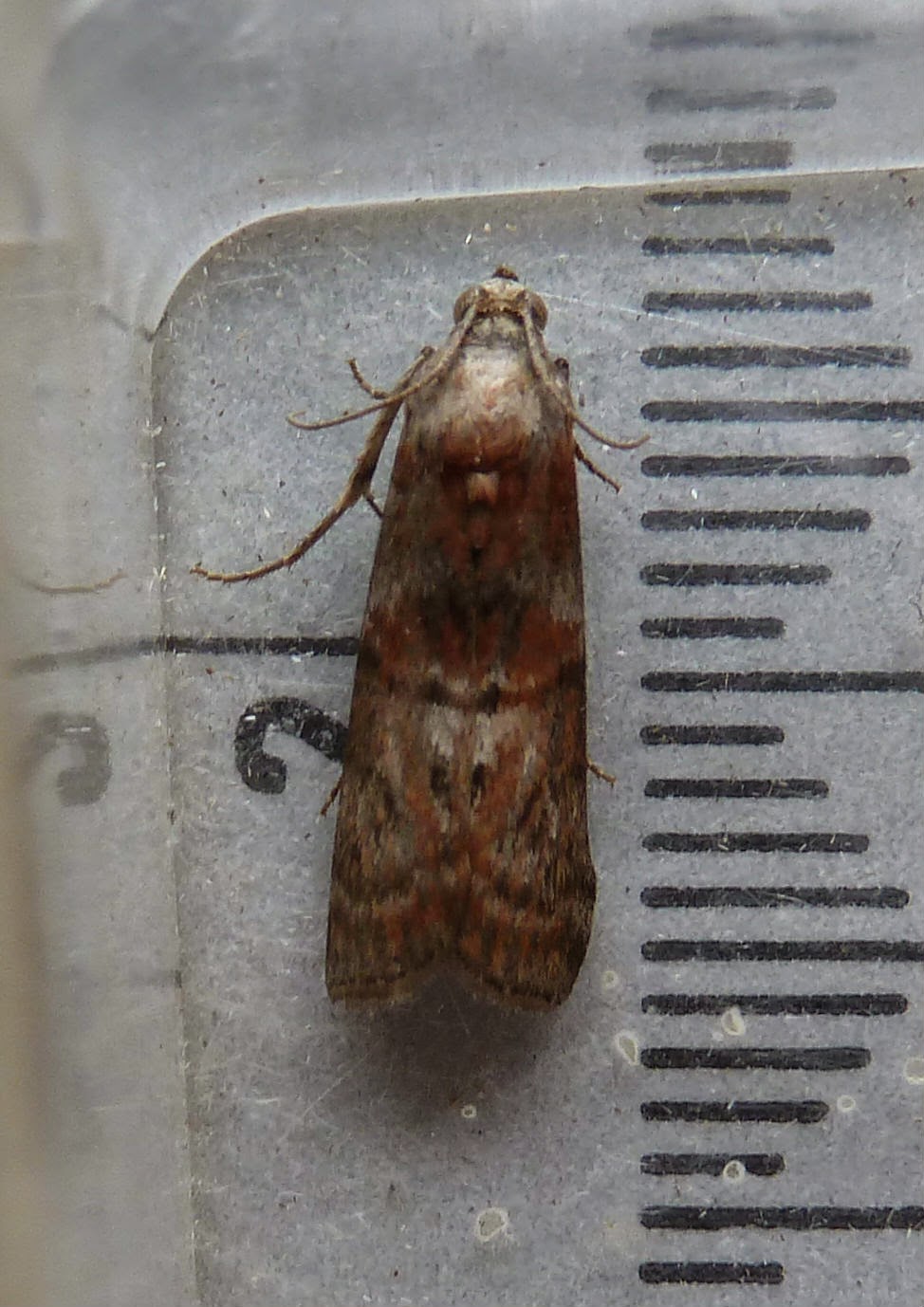 and a very small but distinctive-looking white one which I can't put a name to (Elachista sp.?): 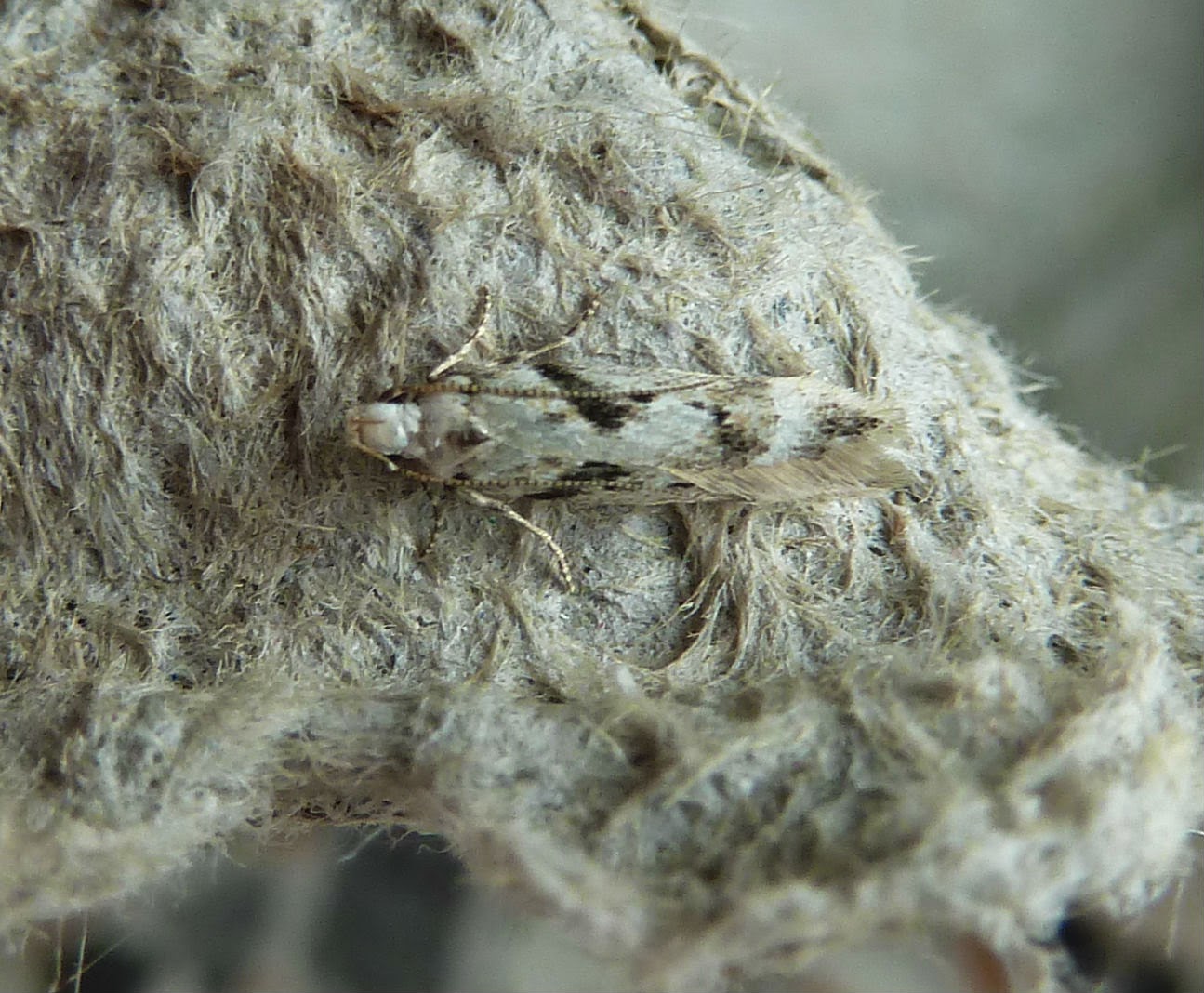 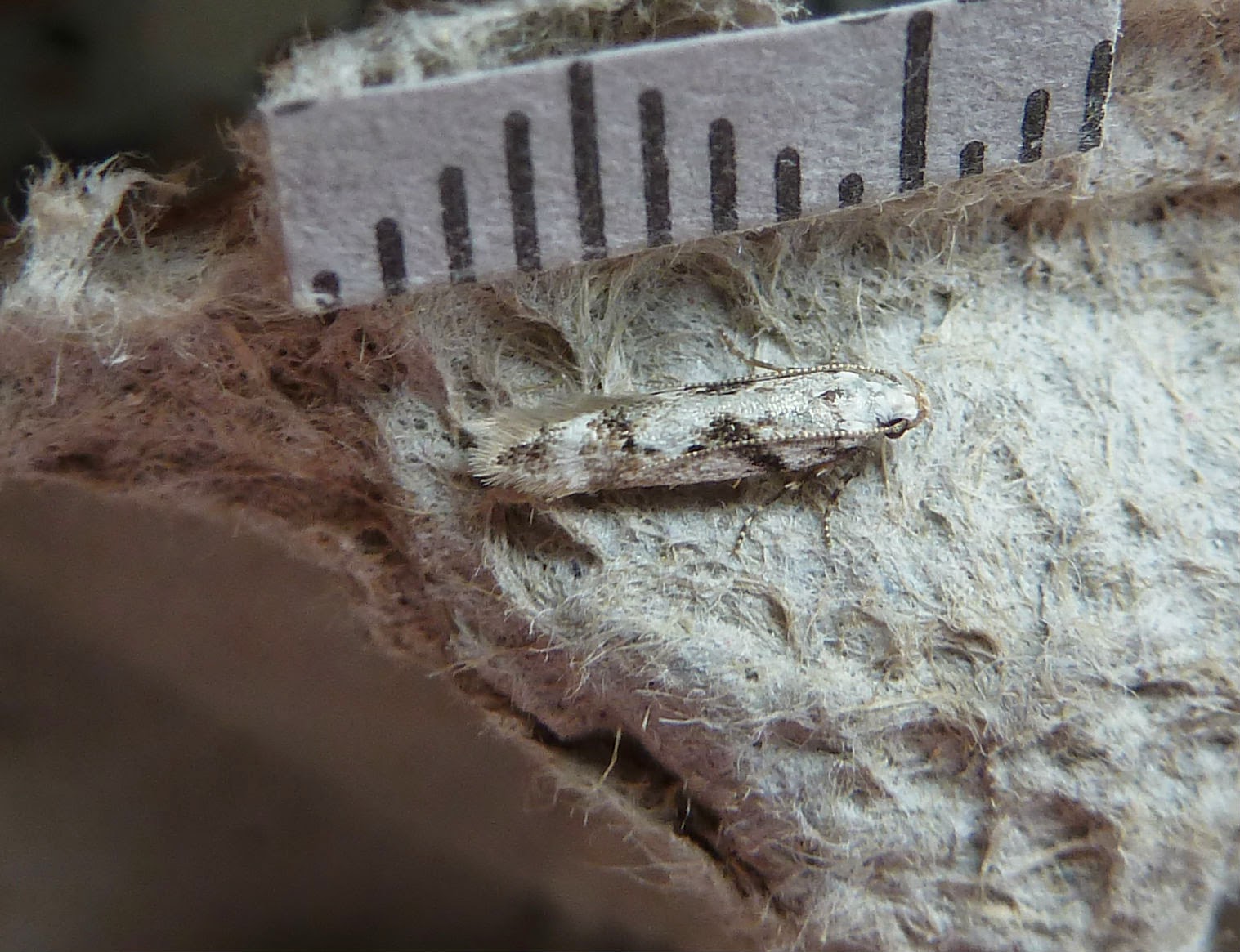 In view of the recent Agriphila selasella/tristella discussion, and after consulting Barry's reference, I've concluded that my two were the more common one, A.tristella:

Finally, I would appreciate advice on the identity of this pug - the grey colour, large crooked discal spot and distinct white tornal spot don't seem to fit any species very well: 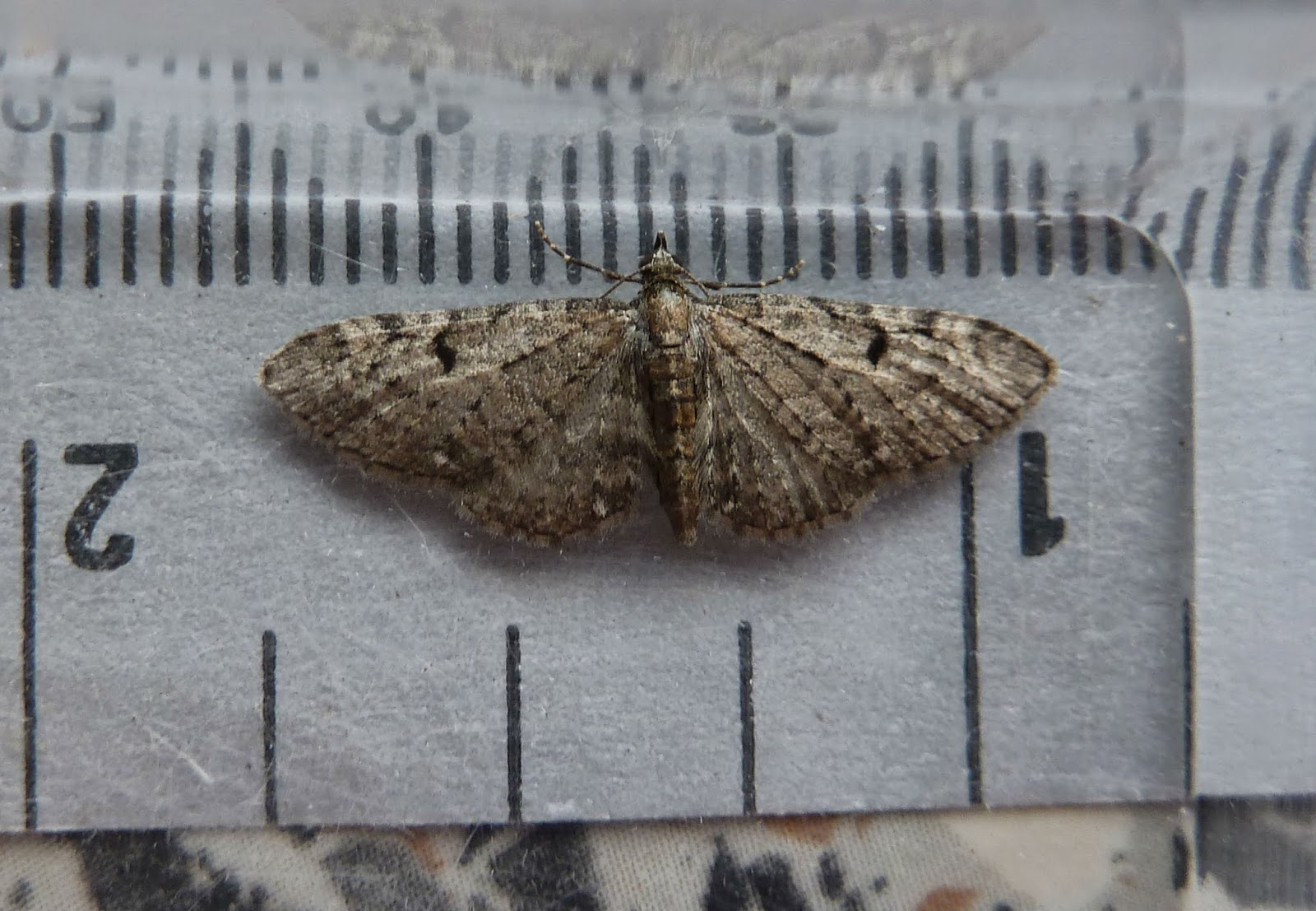