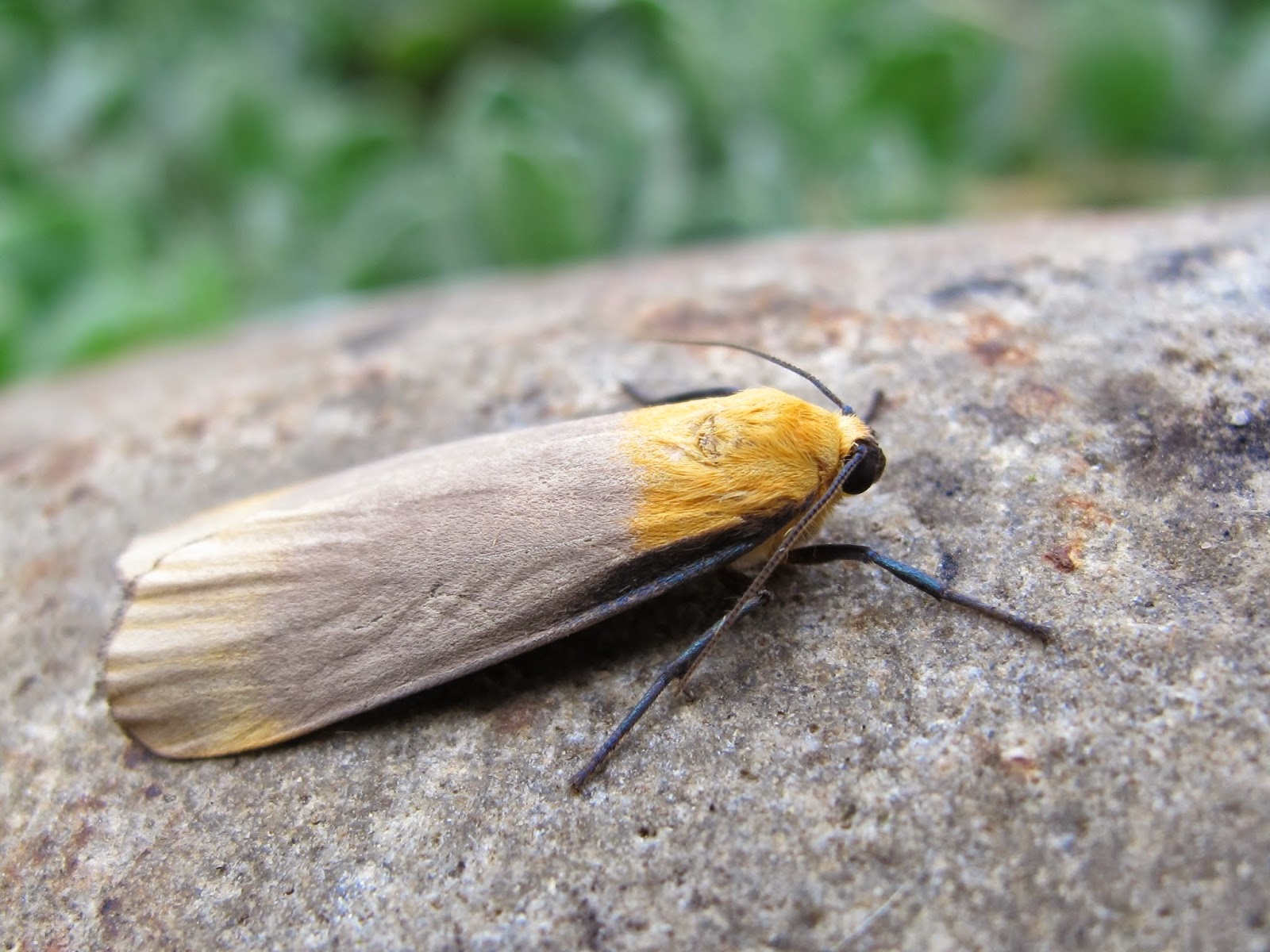 Four-spotted Footman was a very rare migrant in Wales until the early 2000s but now appears to be resident along the coastal strip from Glamorgan to Pembrokeshire with increasing records in coastal Monmouthshire and inland areas throughout the south.  One visited Cnwc last night, only the 2nd I've recorded here in Brechfa (well inland), and like the first one I suspect it's a wanderer inland on a southerly airflow (part of the 'Spanish plume' that the media are linking to our current heatwave).

Carmarthenshire records (below) suggest this species is resident in the Pwll and Llansteffan areas.  The situation at Pembrey is unclear because trapping no longer occurs there regularly, but the early 2000s records followed by a drop-off in numbers suggest immigration at that time rather than residence (I'm not entirely sure when Jon's regular Pembrey trapping stopped).


The map shows the coastal bias very clearly - smaller symbols indicate 1 or 2 individuals; the medium one indicates 3-5; the larger symbol 5+ individuals.  2014 records are not included.