Certainly the weather was a great disappointment, wet and windy here, but at least trapping was possible given the cover offered by a partially-dismantled chalet, with the roof still on but sides removed. Moths were attracted by the large actinic trap, but not in the numbers that might have been in more favourable conditions. The final tally is likely to be around 45 moths of 23 species.  Nothing particularly unusual, but FFY Rosy Footman was nice to see. 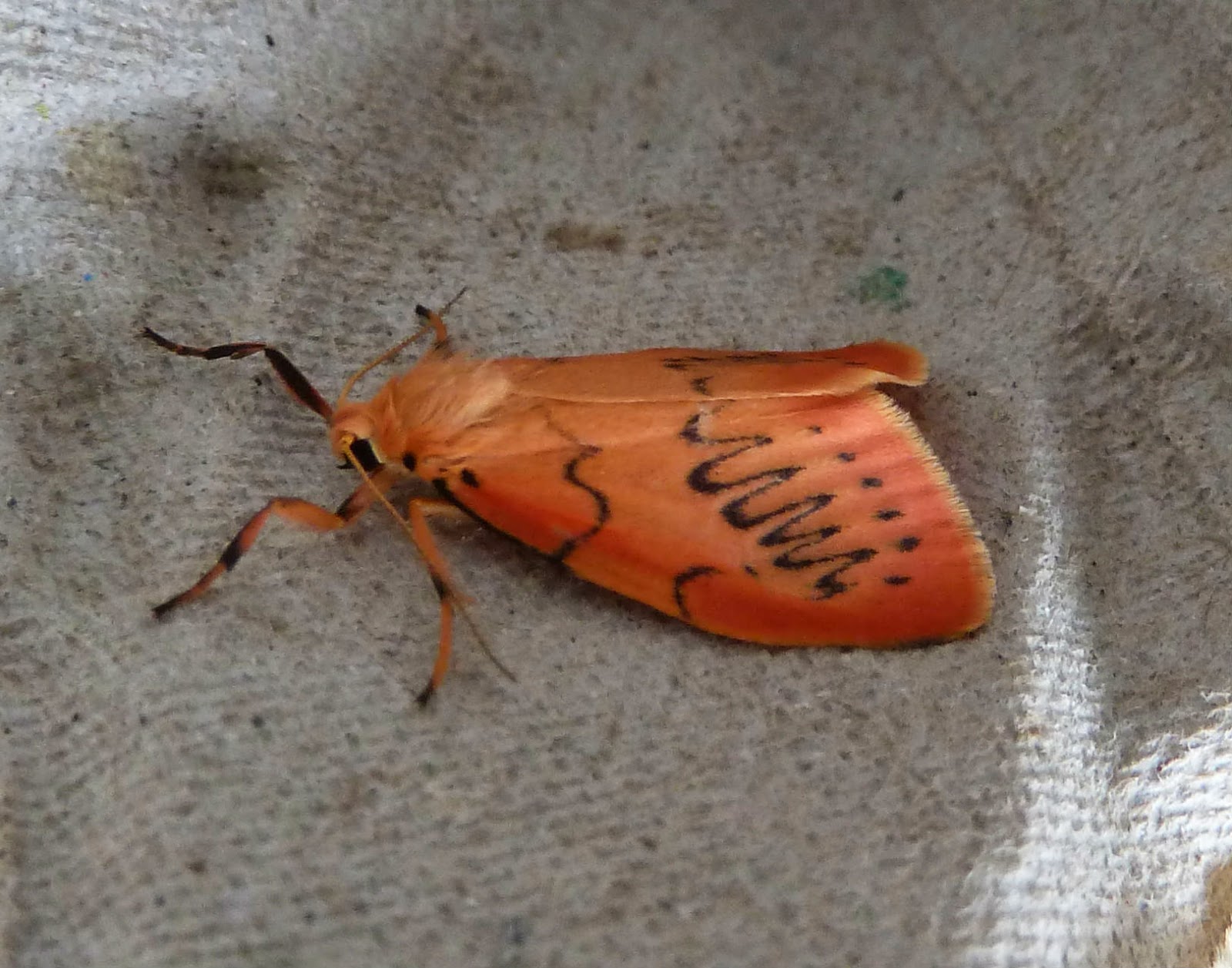 Once again the 'Uncertain Rustic' dilemma cropped up, though, as the following examples may show: 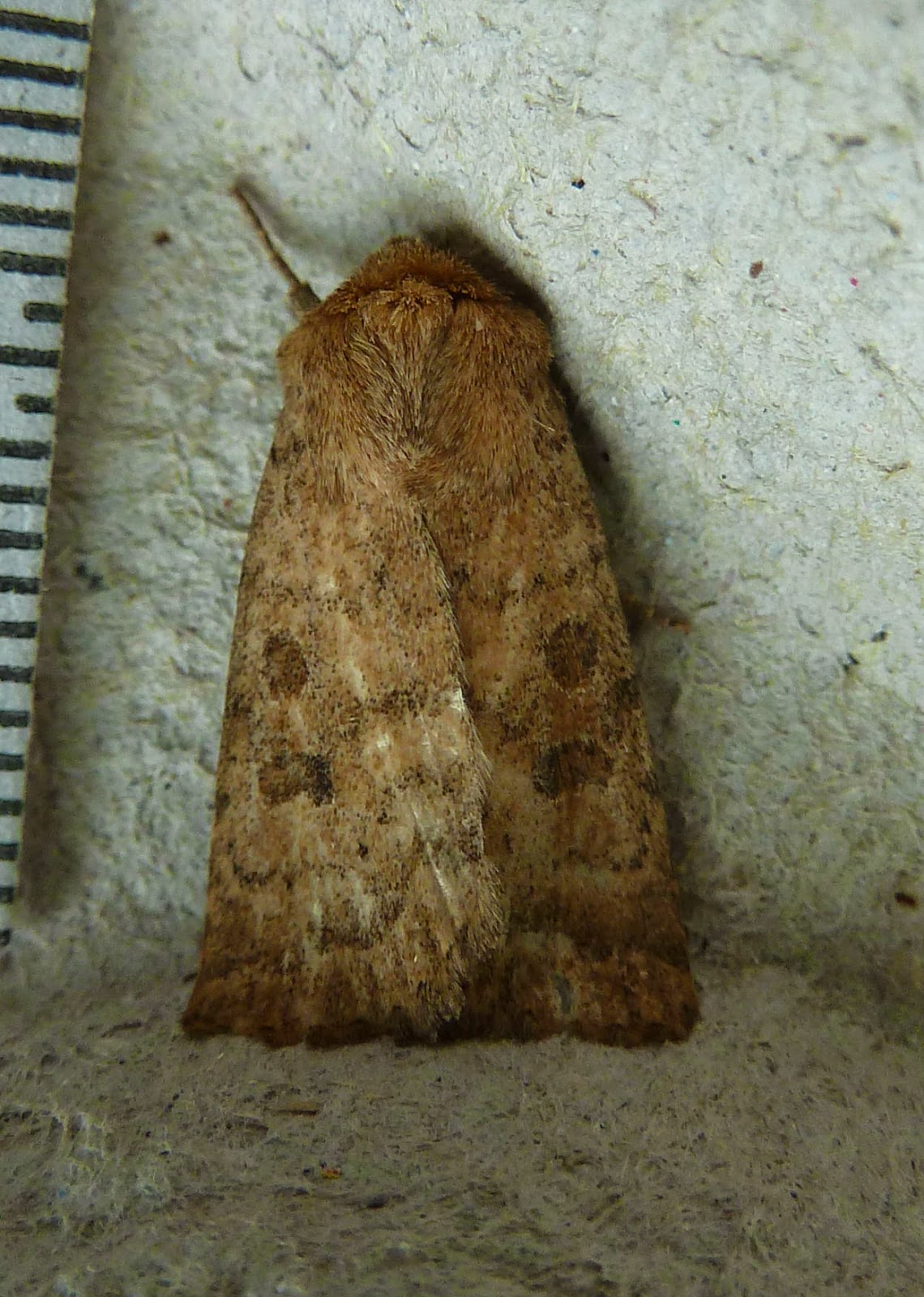 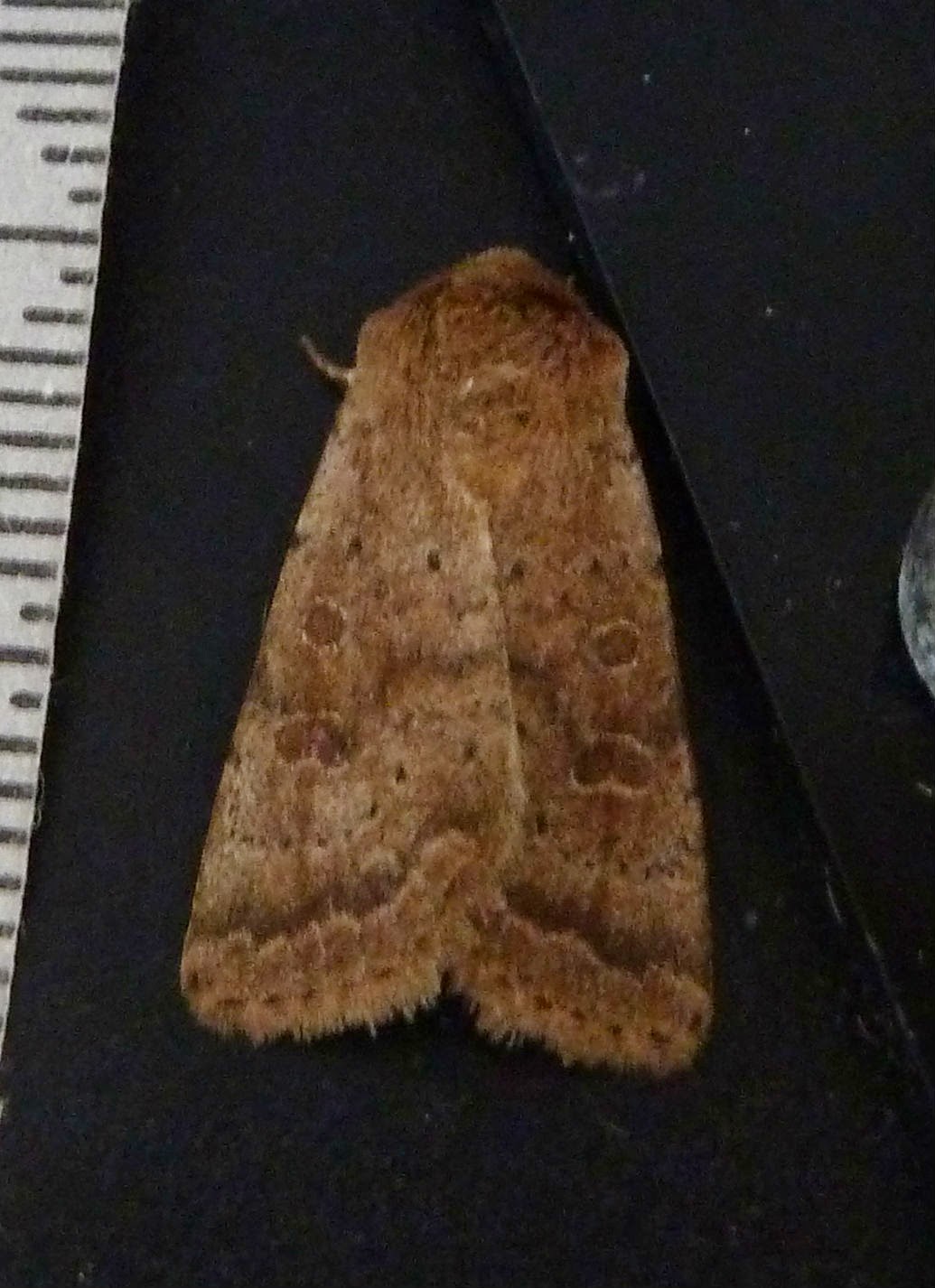 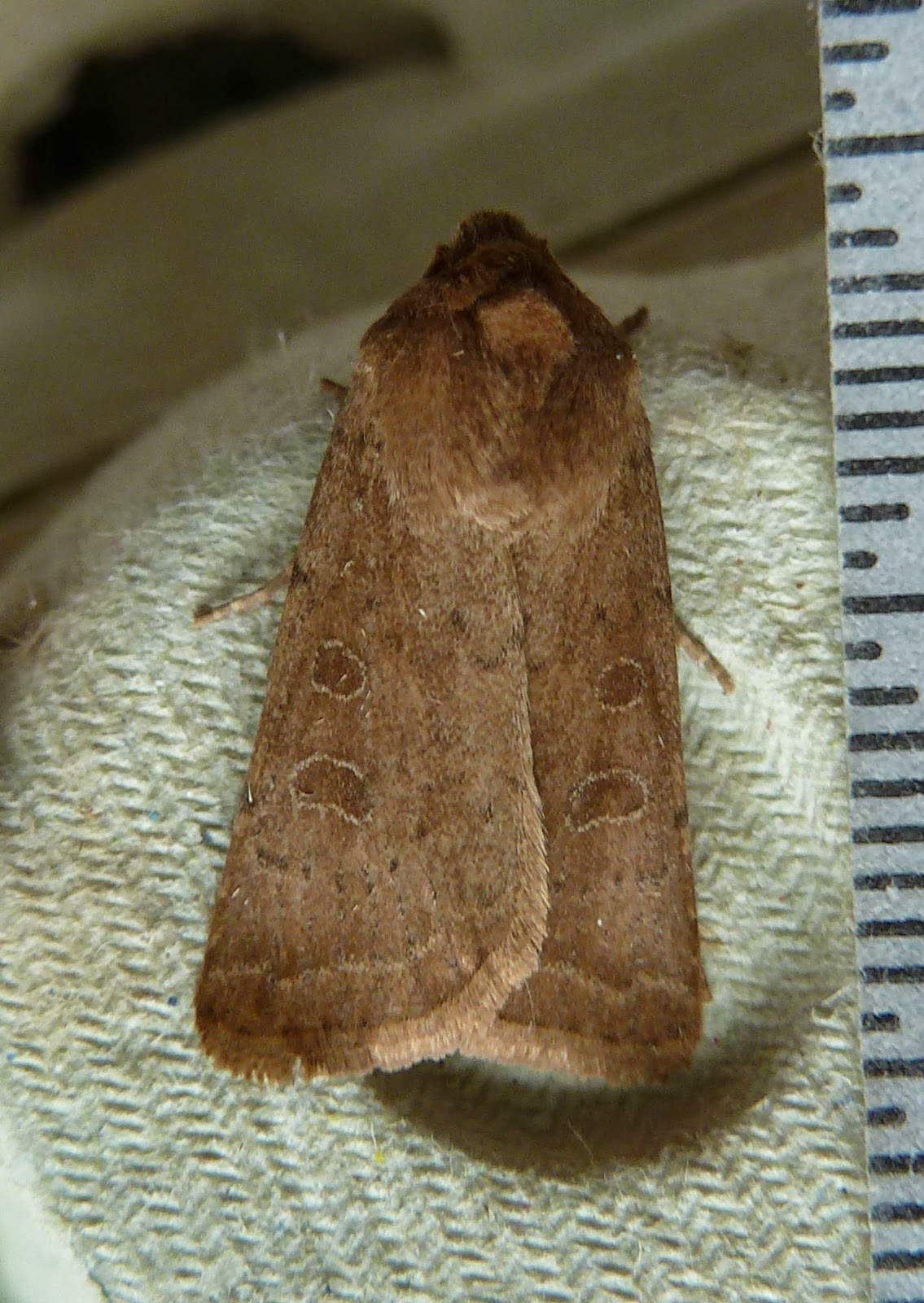 I would probably call the top two Uncertain - the cross-banding and stigmas are reasonably well-defined, even though in the topmost one the antemedian line is a series of dots rather than a dentate line, as in the other two. To me, the third (bottom-most) moth appears smoother in texture and the cross-banding is much less distinct.  Rustic?  I'm far from certain!
The Crambids were interesting, too.  I'm happy that 6 of the 7 Grass Moths in the catch were the familiar Chrysoteuchia culmella, but one seems different, possibly Agriphila geniculea? 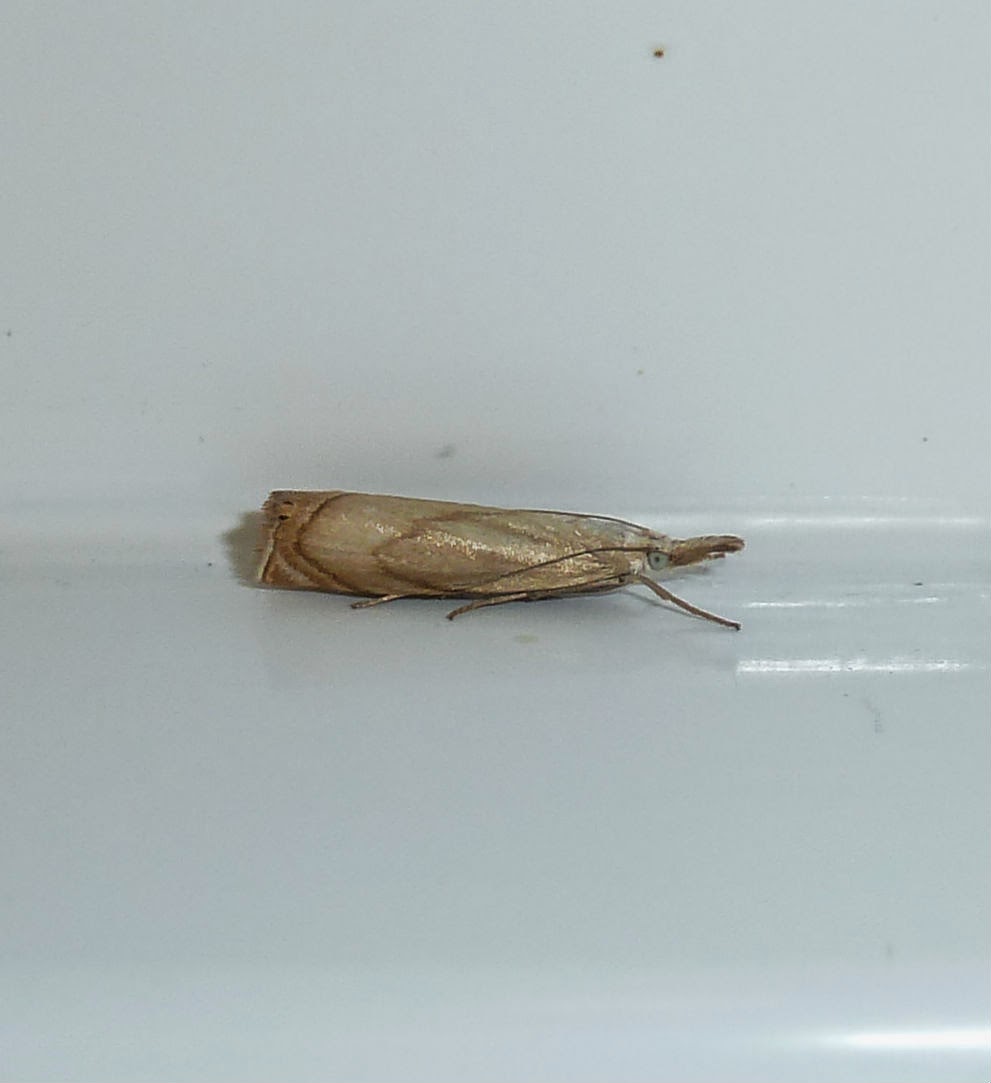 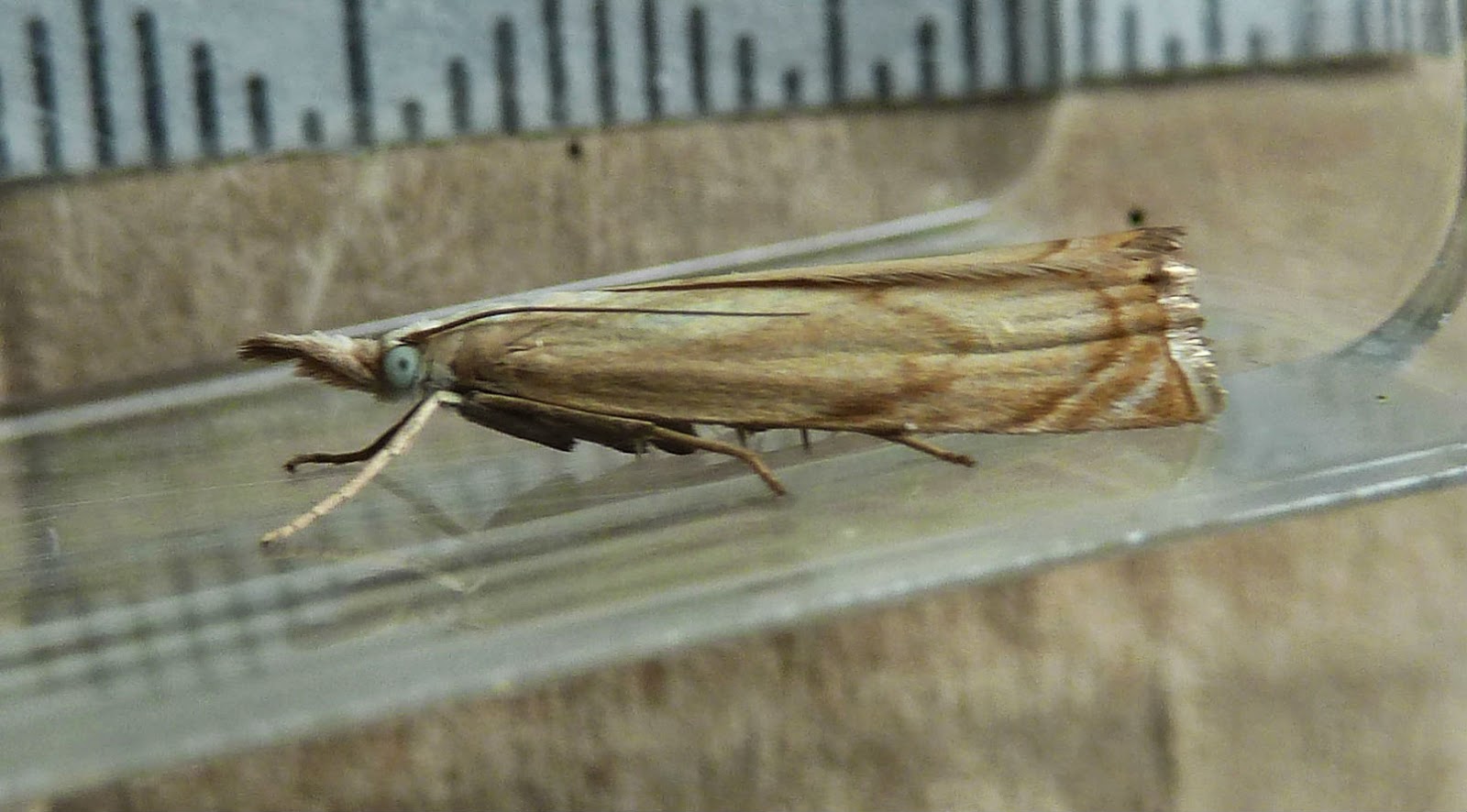 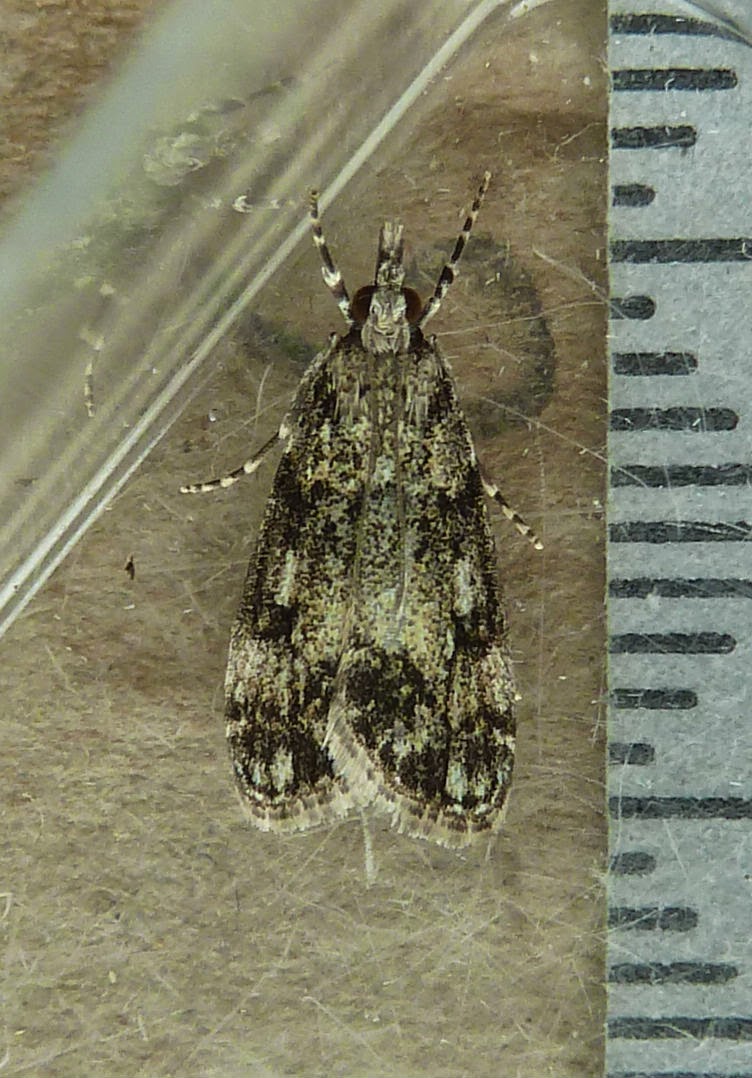 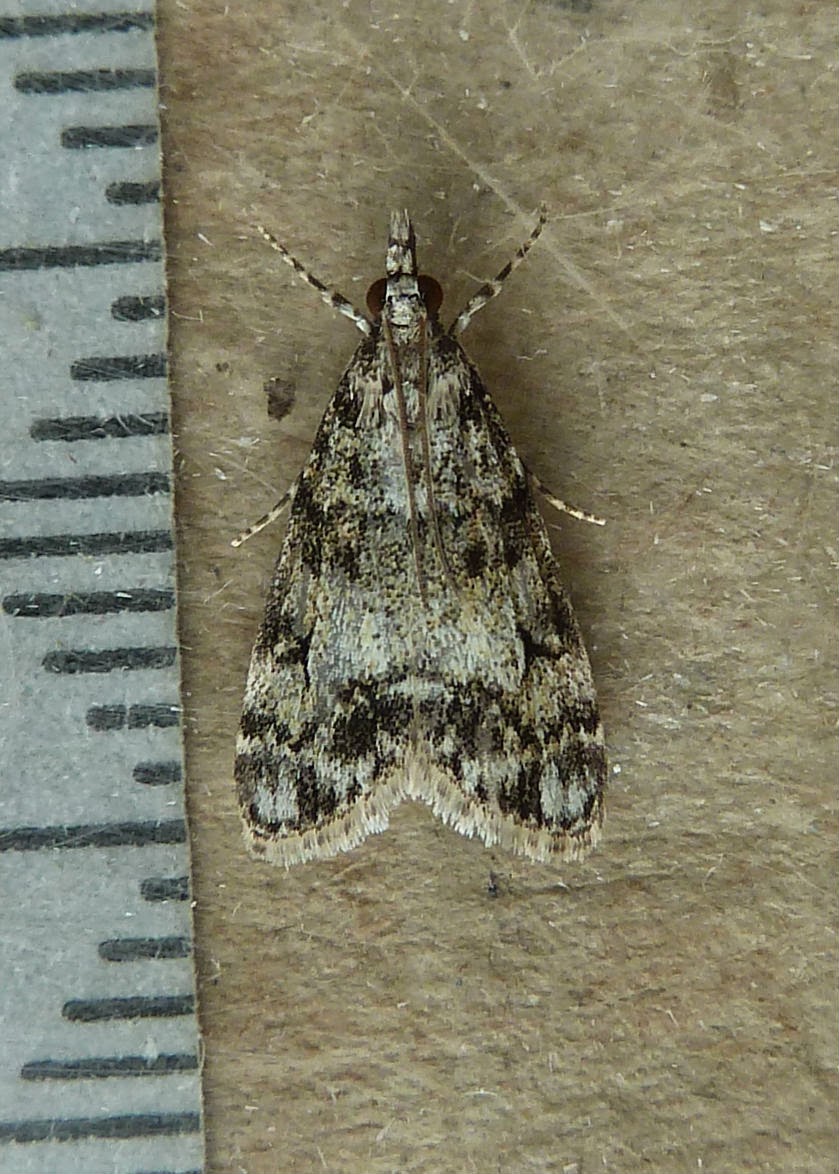 P.S.  I wish that I could arrange photos side-by-side on this site, it would take up much less space!
Posted by Chris Handoll