Back in business in South Carmarthenshire - brief, hasty summary.

After several days without a home computer, it`s good (with a new pc installed) to see what`s been happening on the `moth front` in the county (as well as in Glamorgan). The night-time weather has been excellent for trapping and I trapped on three nights.
On Thursday, I trapped at Furnace quarry (at the NW edge of Llanelli and just in SN50), where I had Ypsolopha sequella (a sycamore/maple feeder and a 2nd vcr after my find at Cilymaenllwyd, Pwll last year), black arches, white-spotted pug, yellow-tails ,coronets, Brussels lace, sallow kitten and Catopria pinella; all among a decent list of species in terms of variety. 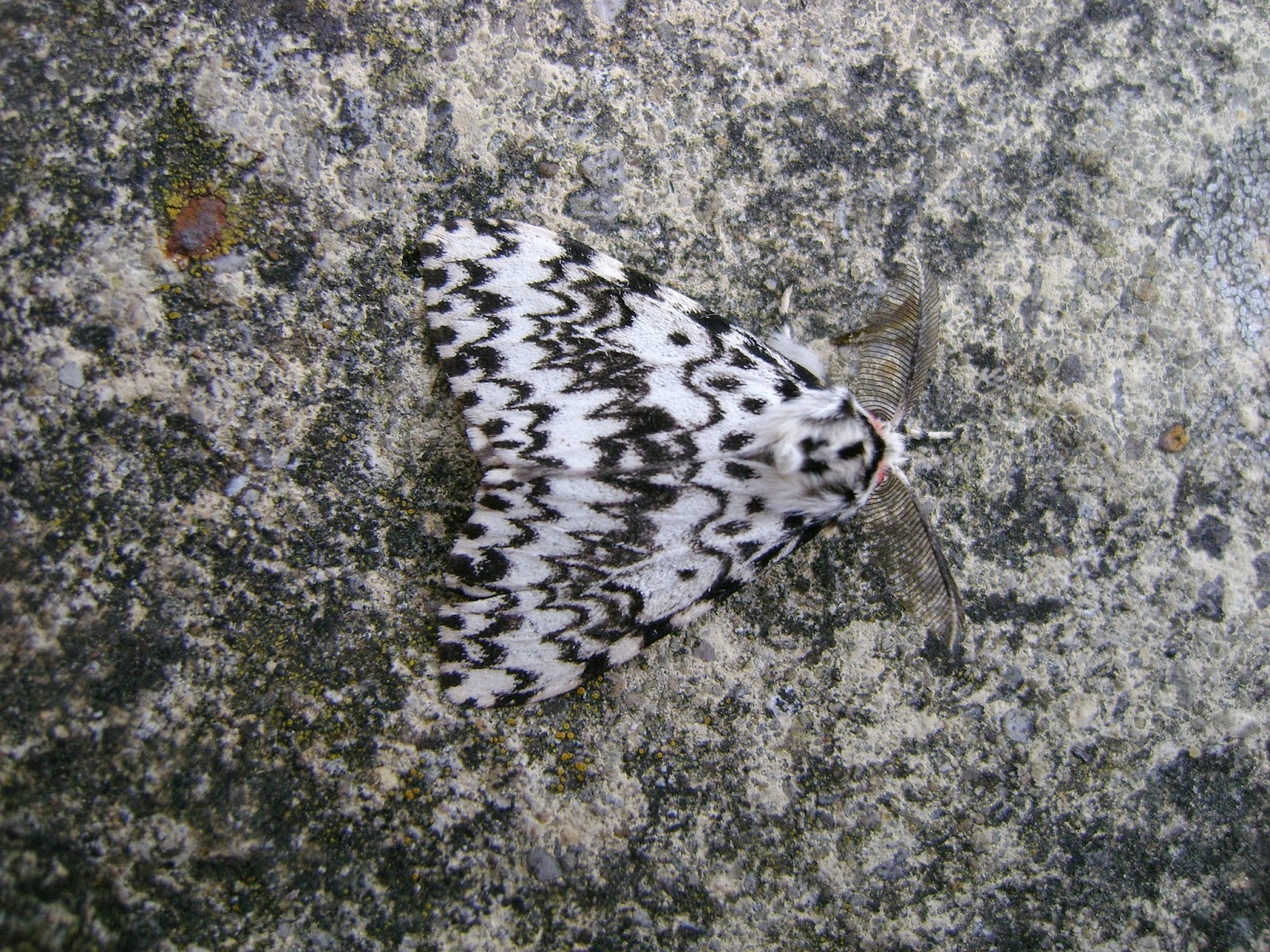 Above: black arches, with feathery antennae.

The same night at the home trap at Tyrwaun, Pwll, yielded slender brindle, scarce silver-lines, poplar grey, another white-spotted pug and the first of the seasons four-spotted footmen (two males). A couple of silver y`s were the sole migrants but no gems, as Chris Manley reported at Gowerton.

Above: purple thorn, with its `curly wings` posture. 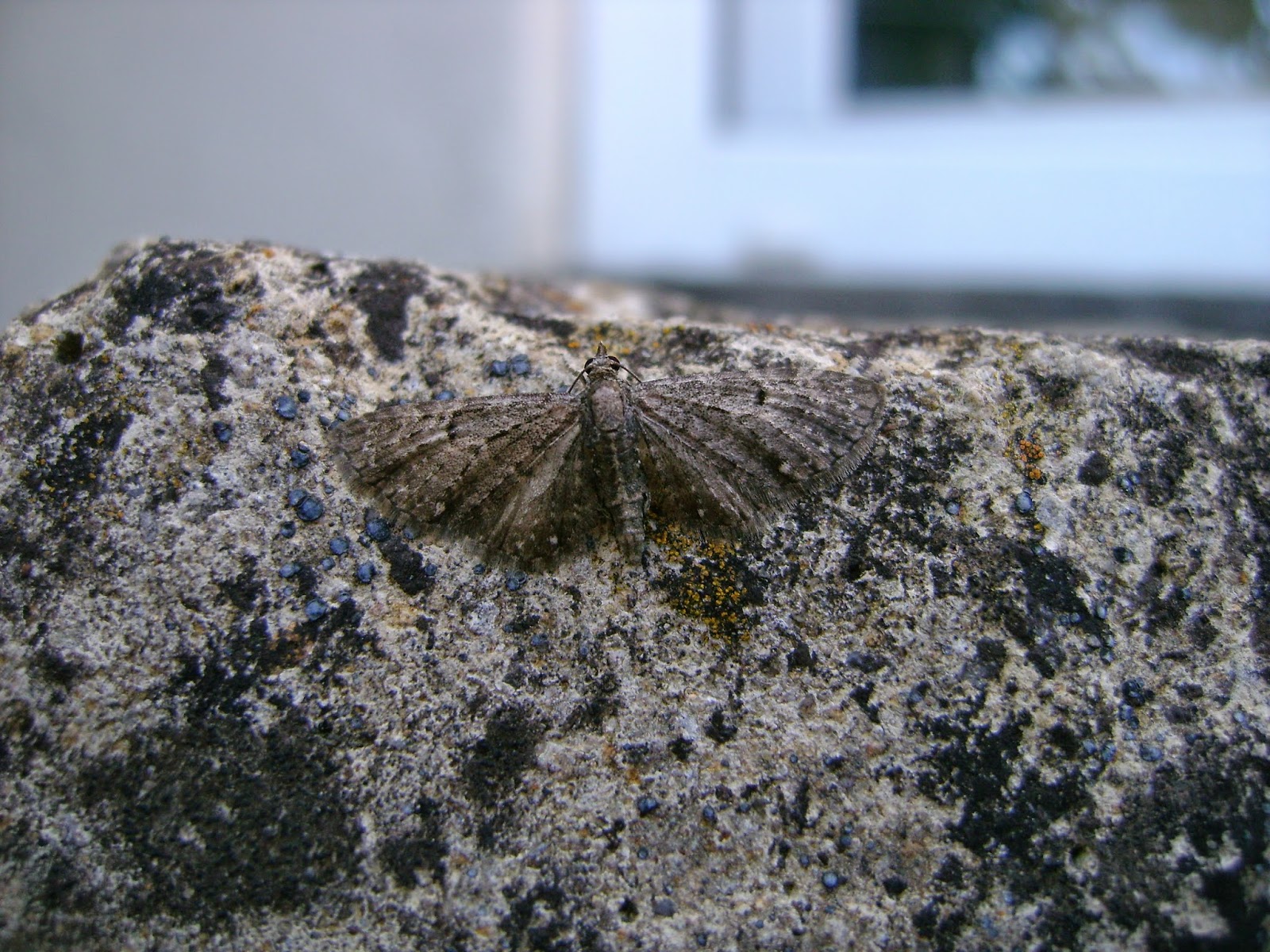 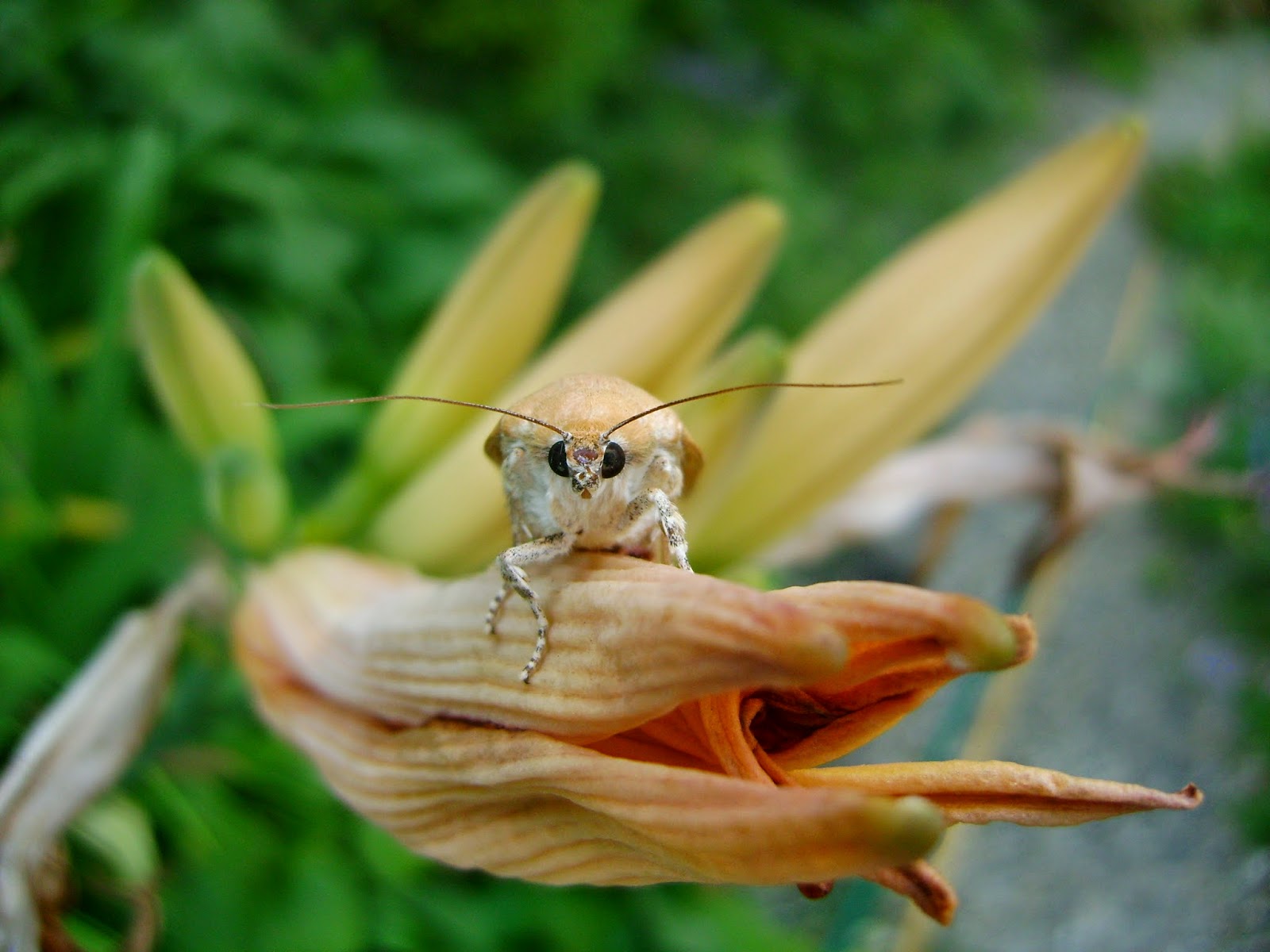 Above: broad-bordered yellow underwing trying to look like a barn owl!

Friday night saw me leaving the traps at Glynea, Bynea (in the SS59 extreme SE part of Carmarthenshire), with three actinics left in swamp/saltmarsh edge habitats. Whilst I was nowhere near achieving the stupendous lists and numbers obtained by Barry Stewart at Penclacwydd, there were some useful records made.
These include the pyralid Calomotropha paludella in all three traps, with two traps holding bulrush wainscots and silky wainscots in one trap. Southern wainscots, dog`s-tooths, Ebulea crocealis (pyralid) and marbled beauty (FFY) added to the interest. There was also another wetland wainscot (see below) for which I`d welcome comments. 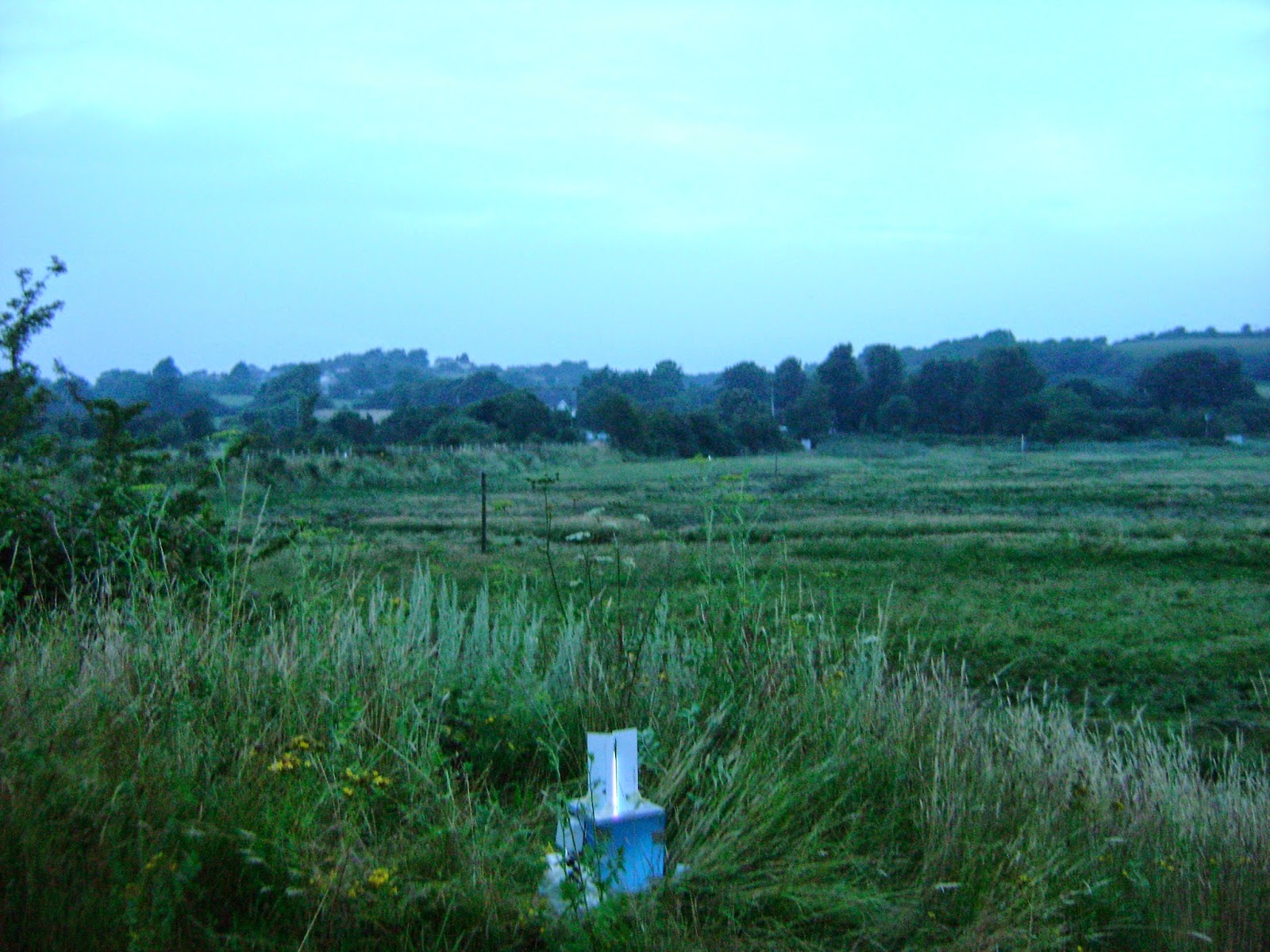 Above: dusk at the edge of the saltmarsh, with a second trap under the distant hedgerow. Note the wormwood....but none of its namesake moth or that pyralid associated with this plant were caught - alas! 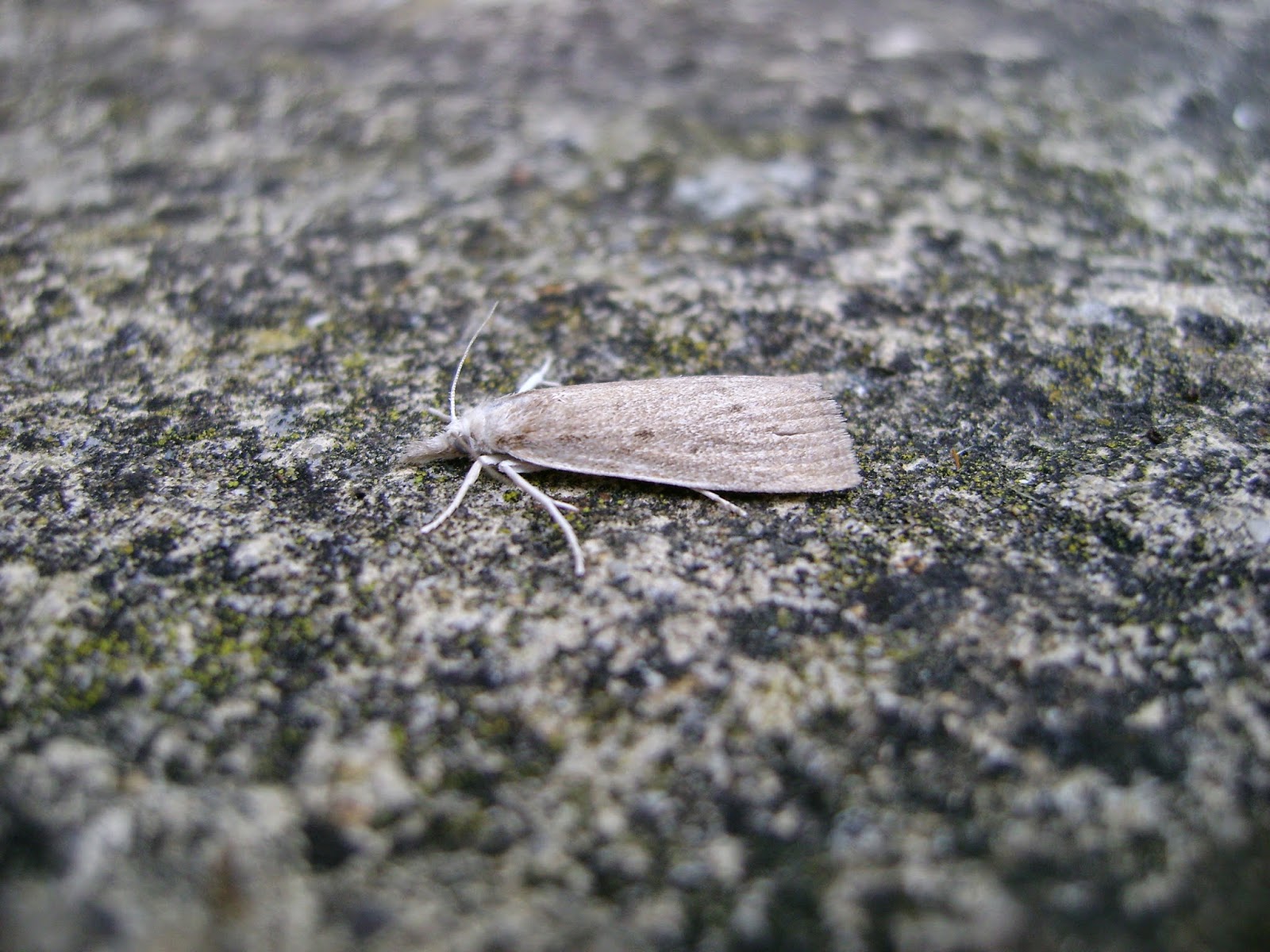 Above: Calomotropha paludella, a swamp species that is probably not infrequent along our coast. 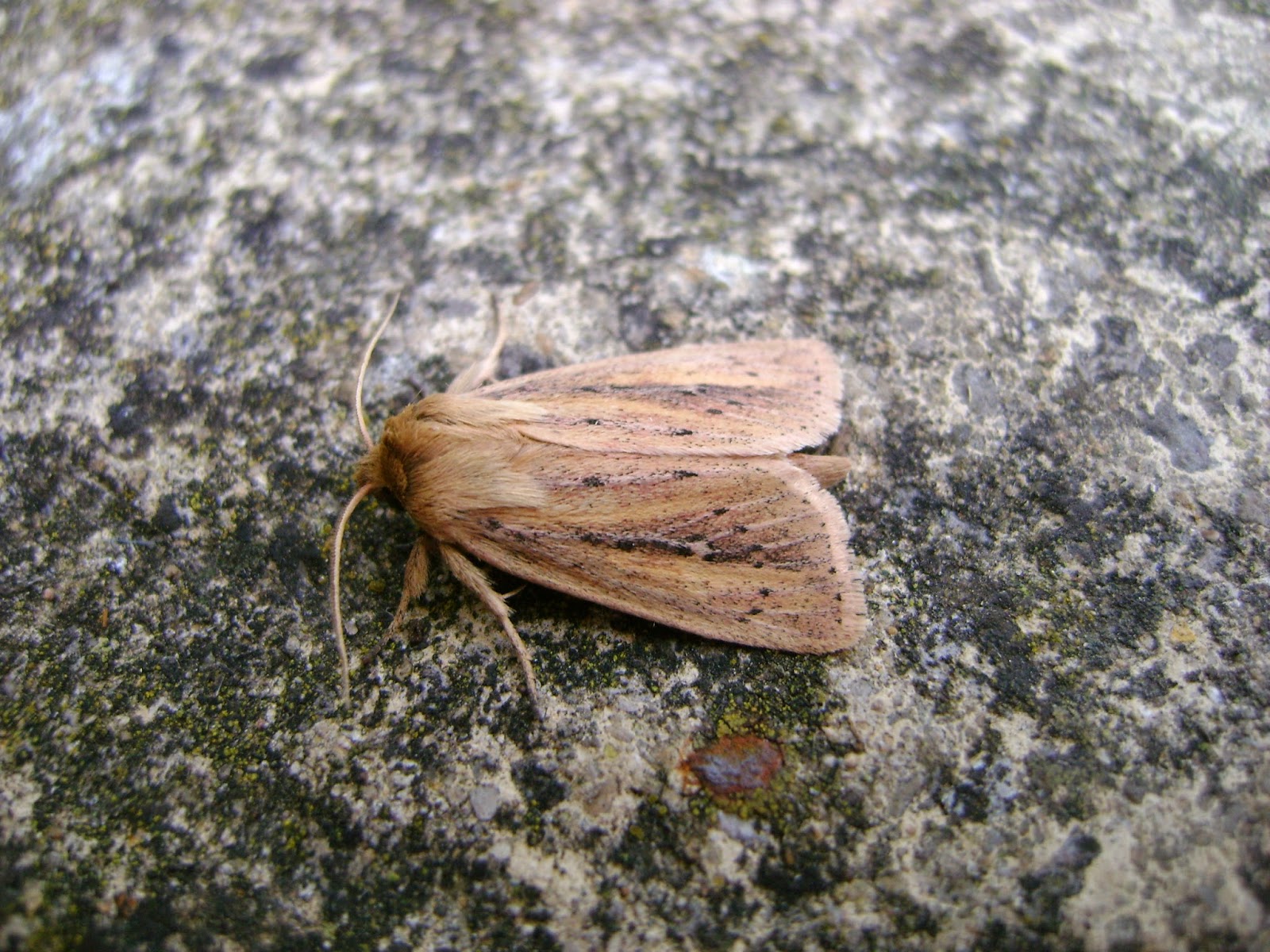 Above: I believe this is Webb`s wainscot. 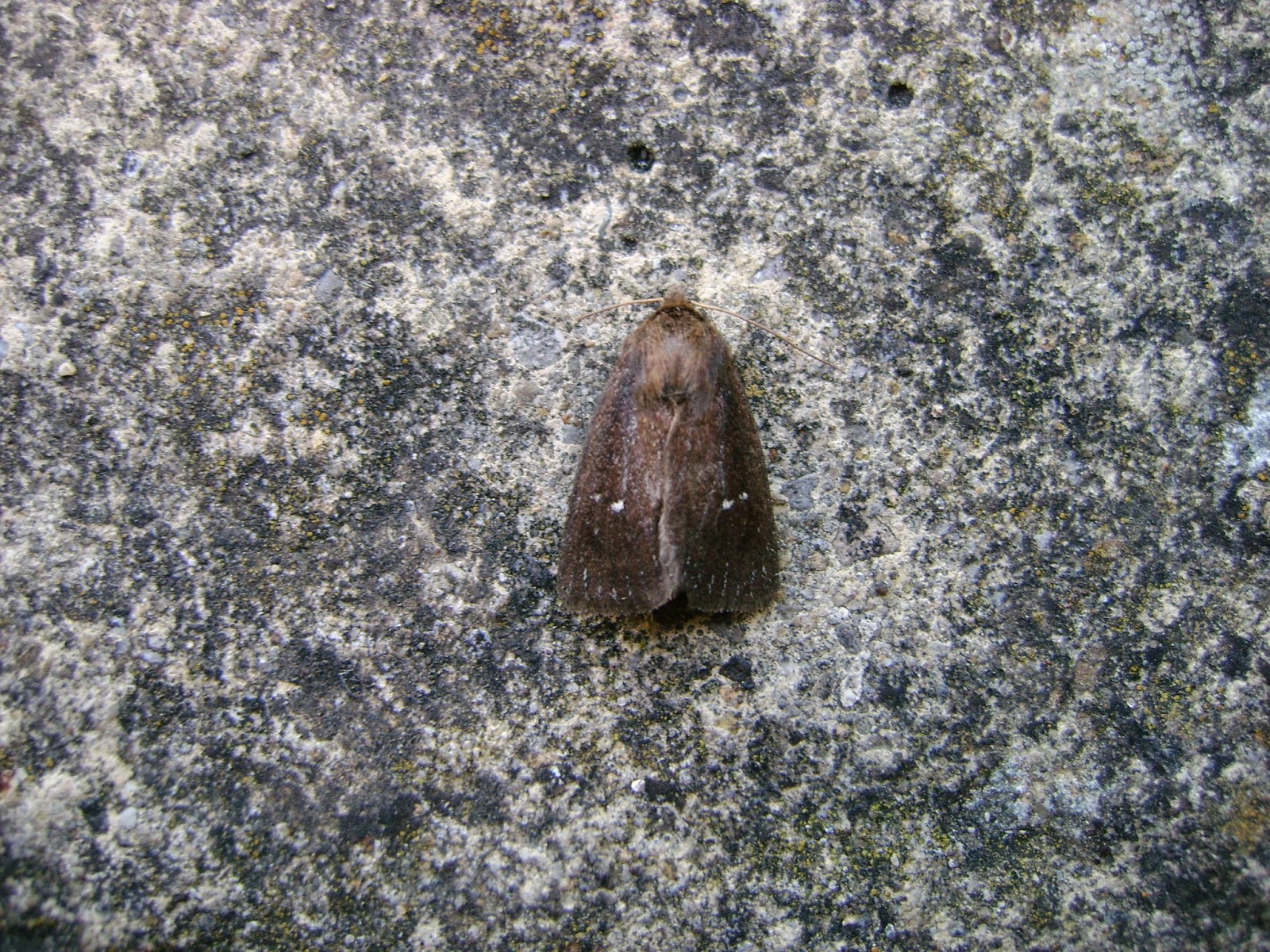 Above and below: at first glance, one is tempted to call this twin-spot wainscot, but the shape and coloration suggest brown-veined wainscot? Any views/advice will be appreciated. 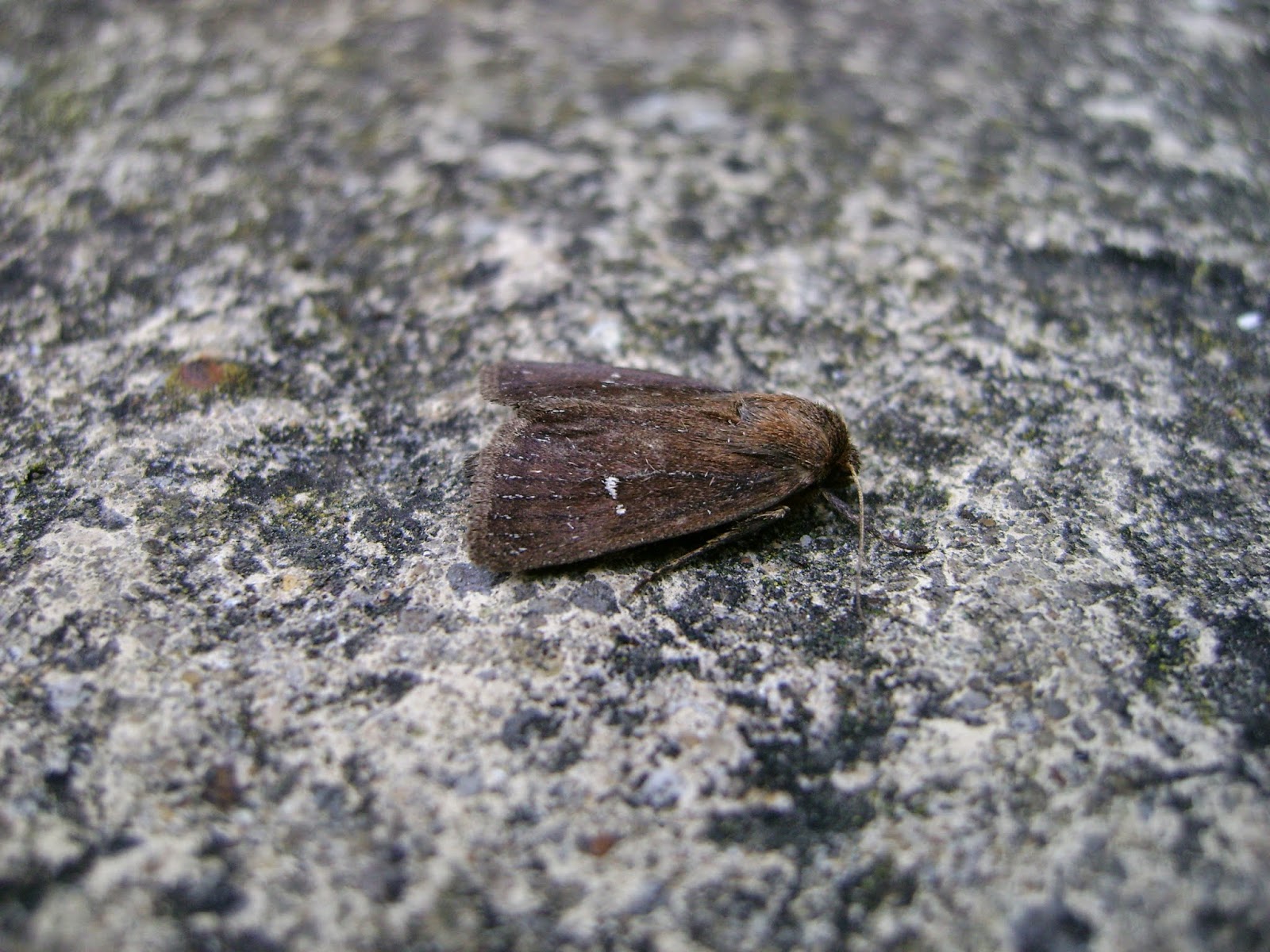 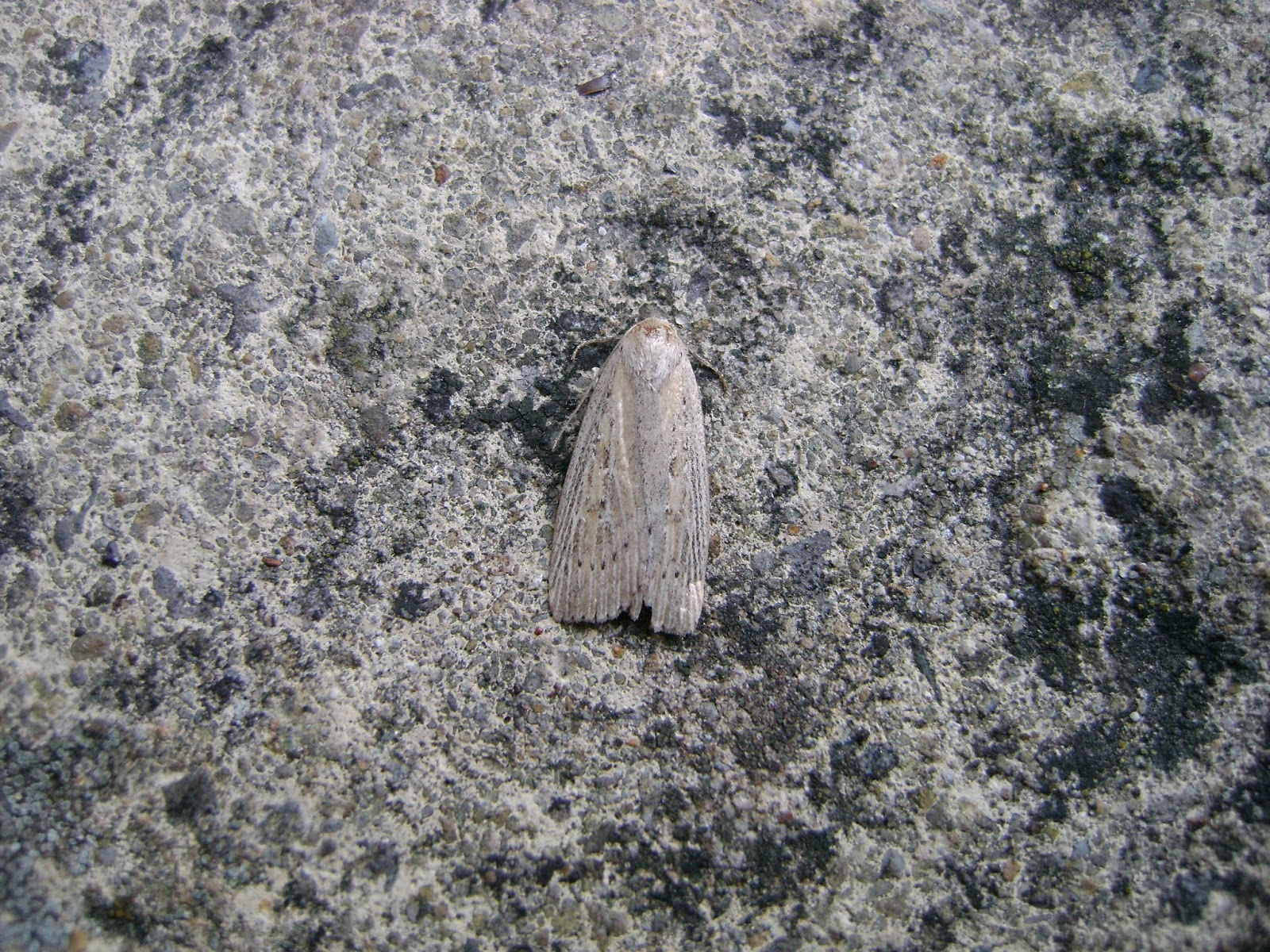 Above: silky wainscot - a frequent species around water-bodies and fens in SE Carms. 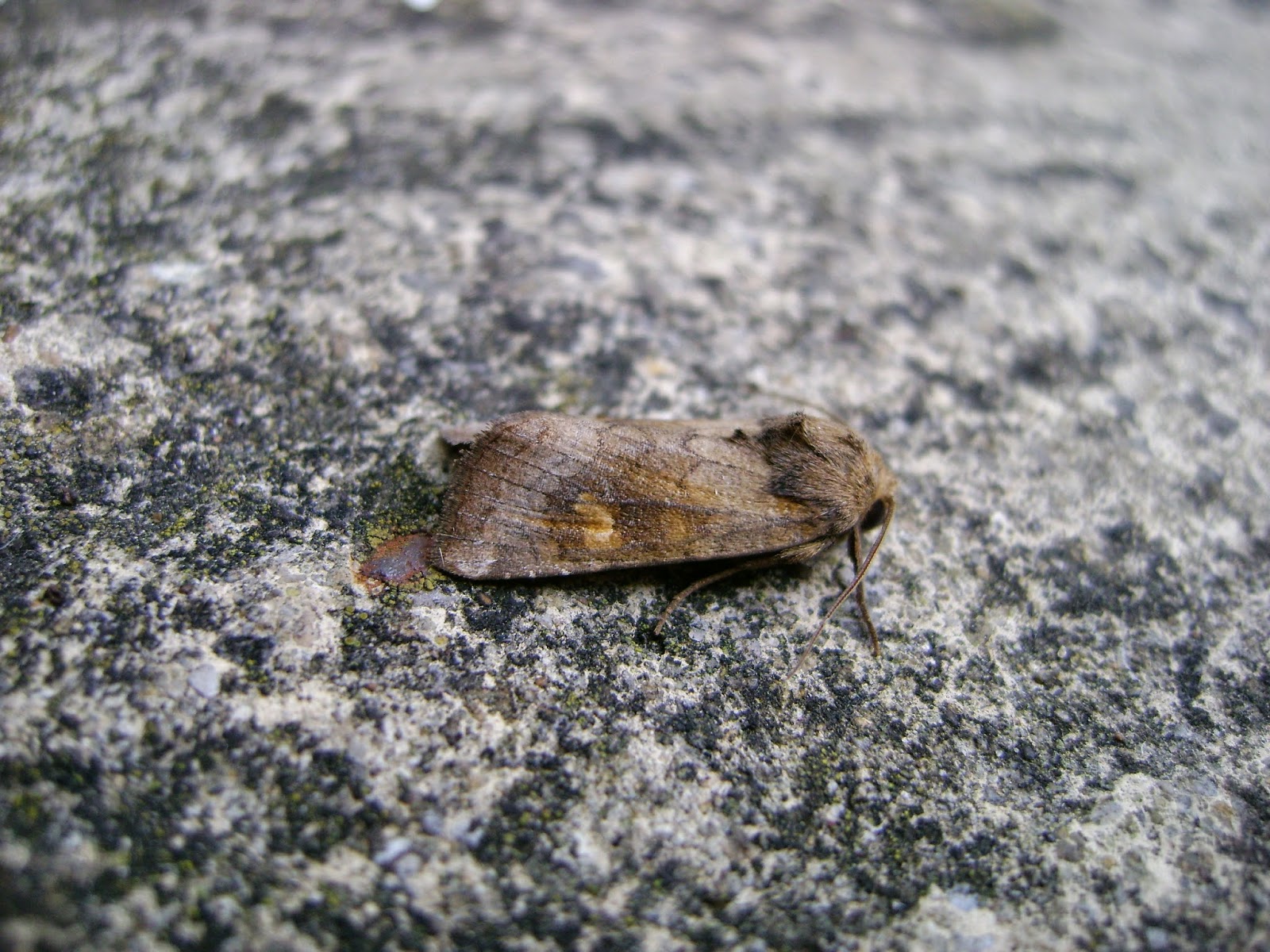 Above and below: also caught at the upper saltmarsh traps were some ear moths (specimens retained). 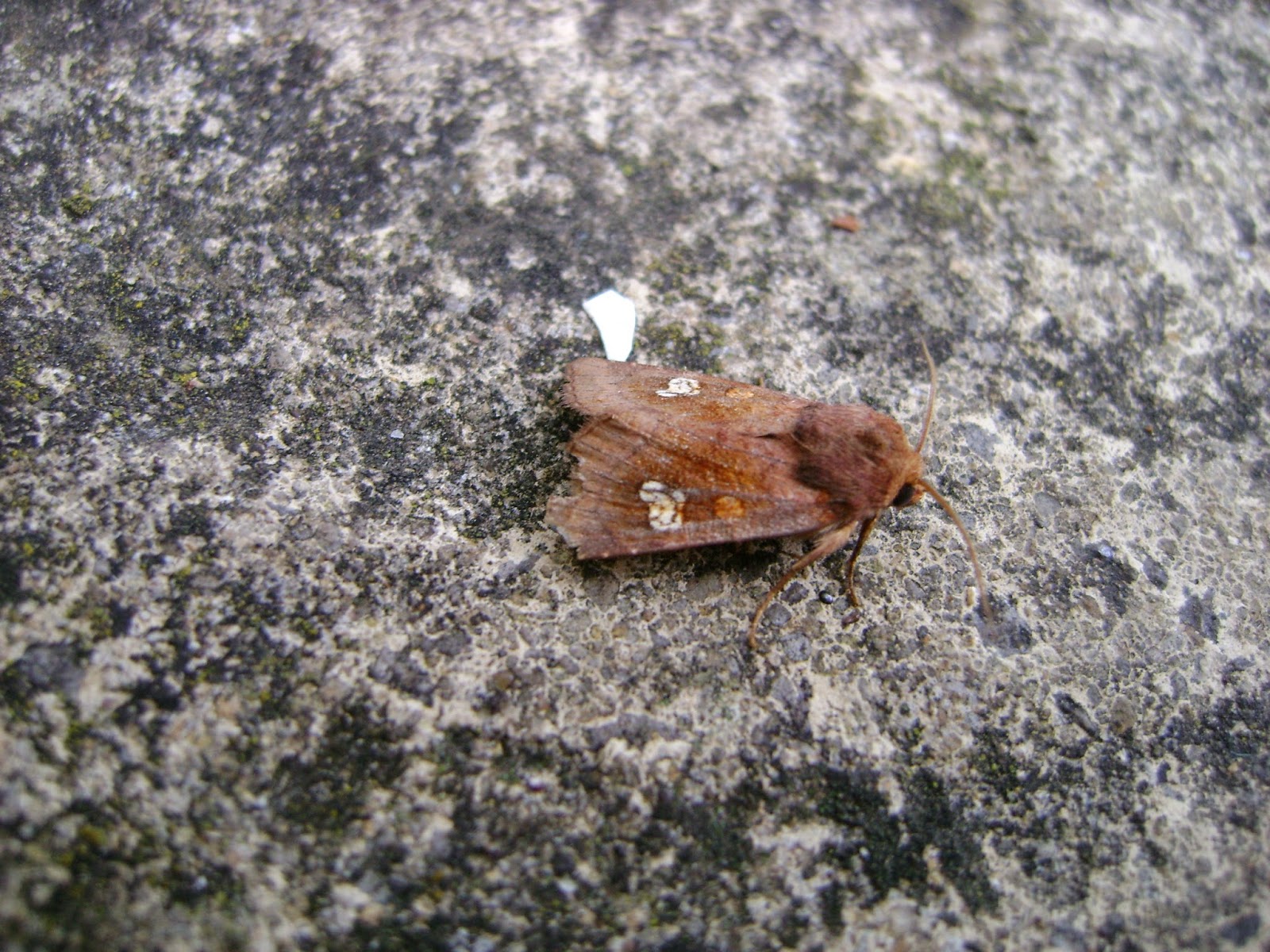 I`ll be posting a few micro photos from this week`s trapping sessions in due course.
Posted by Ian Morgan